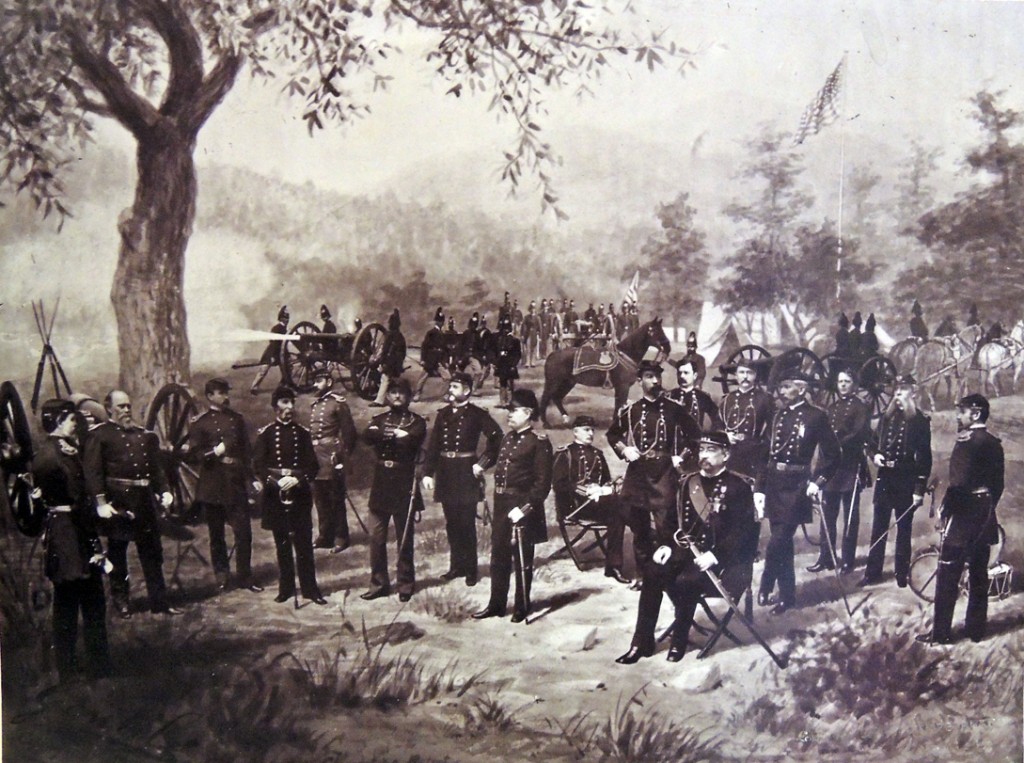 In the September 1877 issue of the Philadelphia Photographer, Edward L. Wilson (1838-1903) published the first carbon print in an American magazine. Wilson was not shy about discouraging his readers from attempting this complicated printing process but did want to show an example in his magazine.

The Naples-born photographer Carlo Gentile (1835-1893), best known for his portraits of Native American Indians, was one of the few photographers to purchase a patent for the carbon process and experimented with permanent prints. When his work won a first prize in February of 1877, Gentile offered to make enough copies for Wilson to paste one into each issue of his magazine. This was not completed until late August, appearing in the September issue.

Gentile’s photograph is titled “Lieutenant-General P.H. Sheridan of the United States Army and staff; Military Division of the Missouri.” Having succeeded Sherman as commander of the Division of the Missouri, Philip Henry Sheridan (1831-1888) led a massive campaign against the American Indians of the southern plains from 1874 to 1875. Two years later, when he posed for this photograph, Sheridan had also concluded a campaign against tribes in the northern plains.

To help explain the photograph, Wilson published a letter from Gentile along with the print. It reads in part:

“The original picture, from which the illustration is taken, is made 30 by 40 inches; was exhibited in New York in February and was awarded the first prize for composition pictures in carbon.

The portraits were, of course, all taken separate, and so that the perspective would be correct when grouped. This picture was made without any original sketch, and some of our best Chicago painters say that the group is excellent. The group is intended to represent General P. H. Sheridan and staff at some military post ‘out West.’ The General is supposed to have just arrived and he and his staff requested to sit for their photographs, and no attempt has been made to make it appear that they are doing anything else.

The background is composed of some artillery that belongs to the militia of the State of Illinois, who were the same uniform as the United States regulars, consequently come in very a propos for a group to compose the picture of the General; of course the artillery men were taken in the attitude of firing the gun, which they are doing in honor of the arrival of the distinguished visitor, and thereby giving action to the picture.

The landscape background is made up from photographs from two different views in Arizona Territory; the right-hand, showing the tents, was taken at Camp Crittenden, in the heart of the Apache country, and the mountains in the background are the Santa Rita, near the borders of Mexico.

One of the most important objects, a little in the rear of the staff of the General, is the famous horse ‘Winchester,’ too well known to need any mention.” 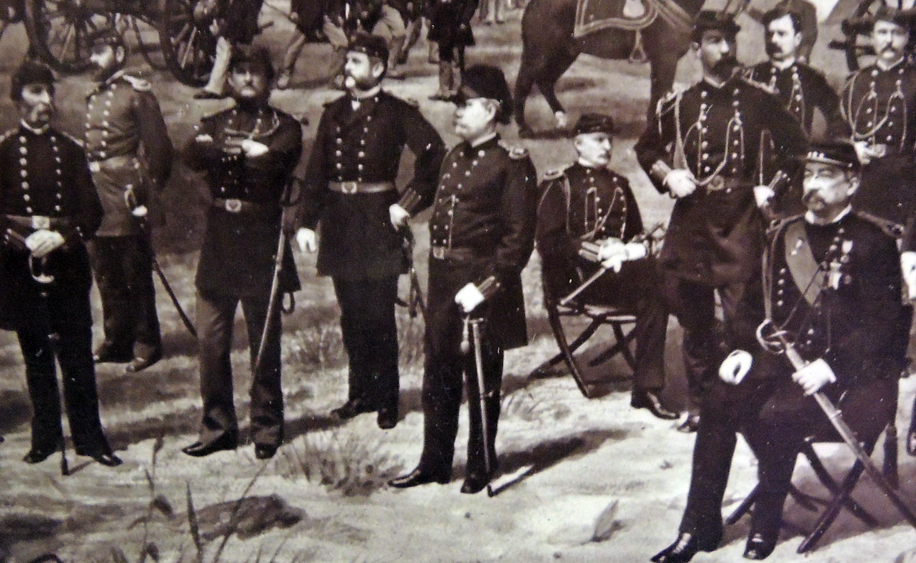 This volume of the Philadelphia Photographer was a gift from David H. McAlpin, class of 1920; and was previously owned by the Camera Club of New York (sold in 1955). Graphic Arts Collection (hsv) 2007 0008M 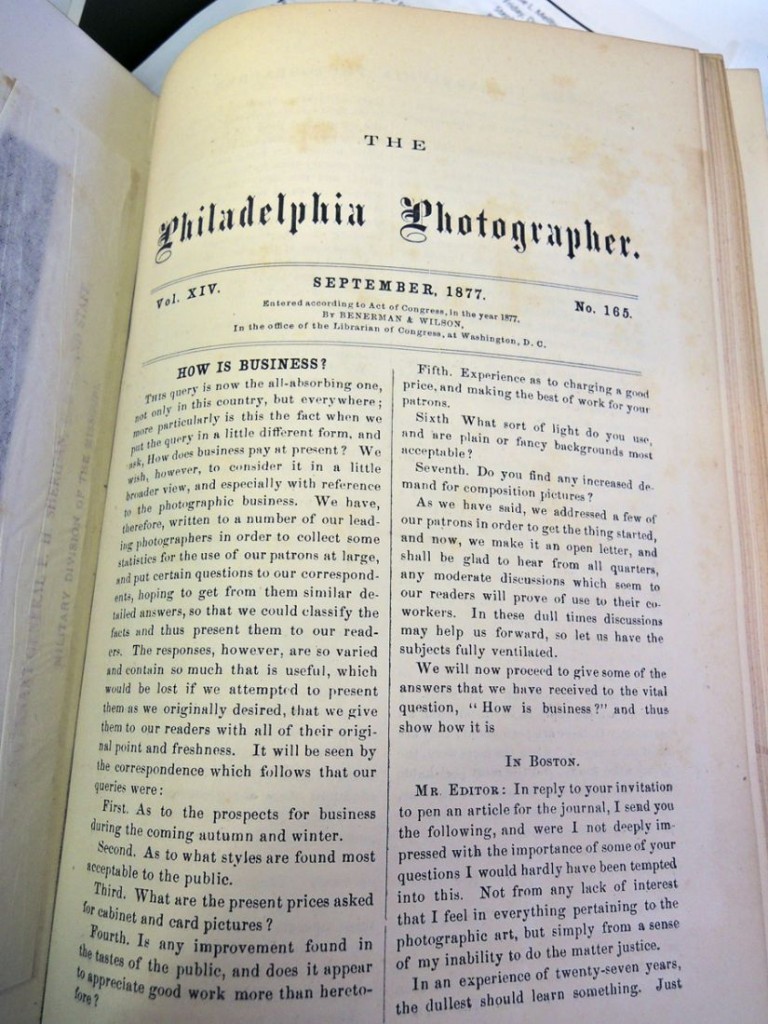