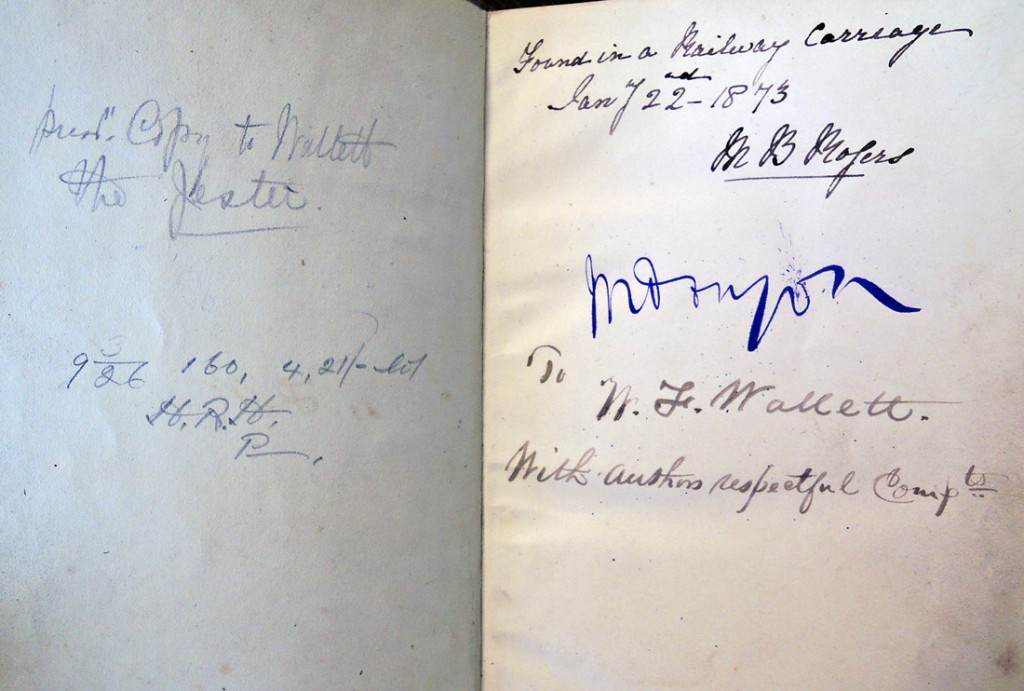 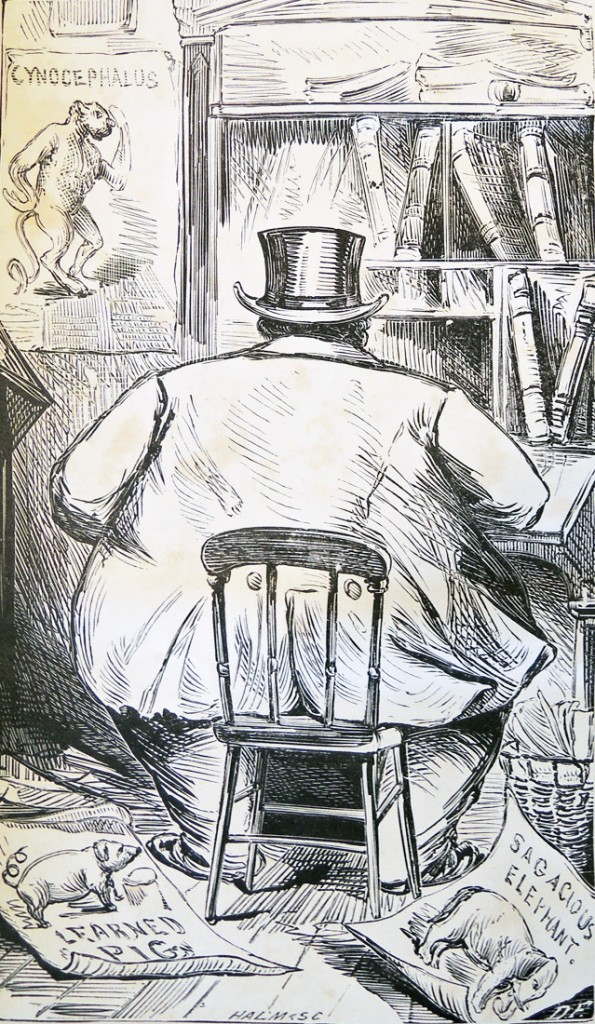 Frontispiece portrait of John Tryon (1800-1876), who managed the New York Bowery Amphitheater from 1843 to 1848. He went on to found the New York Sunday Courier newspaper. Note the picture on the wall of a cynocephalus, or a creature with the head of a dog and on the floor a poster advertising a learned pig (see William Frederick Pinchbeck, The expositor; or many mysteries unravelled. Delineated in a series of letters … Comprising the learned pig. . . (Boston: Printed for the author, 1805). EX 4293.721)

Wallett’s autobiography mentions Tryon several times. “There was a jolly old Trojan named John Tryon, who has for the last thirty years provided a circus home in New York or Boston during each winter for those who are thrown out of employment at the end of the summer season. In fact, instead of calling his establishment a circus, it ought to be entitled ‘John Tryon’s Refuge for the Destitute.’ It was he who first offered to take and open the circus, in order to give me an opportunity of appearing before a New York audience. But the dear friend with whom I lived urged upon me the policy of not being in too great a hurry, remarking that a week or two made no difference to him, and would be a great object in my engagements. Therefore, being independent for the time, I was not compelled to accept the first offer, but could wait to make my own terms, which I soon obtained.”

“The great day of appearance arrived. It was a very fine morning, but about noon commenced the first and only real snow storm I had ever seen. It seemed to increase in density as evening approached. About six o’clock while we were at dinner, I had risen from the table several times to look through the blinds, and had seen the snow still coming down, and about knee-deep on the ground—I could not eat, but almost gave way to despair. I said to my wife, “It’s of no use; we might as well give it up, our old fortune pursues us everywhere.” But her cheering smile and words encouraged me. At that moment a knock was heard at the door. It was one of Mr. Tryon’s sons, who came to tell me the house had long been full, and they wished me to come immediately, to commence an hour before the time announced. So I hurried away and found the house crowded in every part, and a thousand persons outside unable to gain admission. Everything went off beautifully; and I received my share of the proceeds at the close of the performance. On my arrival home I counted out before the astonished eyes of my rejoicing partner 300 dollars, or £60 sterling for this first night’s performance in New York.”

“…My next visit was to Boston, Massachusetts, with my old friend Tryon again, at the old Federal Theatre. Here my success was equal to that in New York or Philadelphia. We had only three horses in the establishment, Lady North, Old Mex, and Washington. They belonged to S. B. Howes, and all had the camel itch. Jem Nixon was equestrian manager. To make out our entrees our manager had to hire horses from livery stables, and as there had been a heavy fall of snow, and horses were in great demand for sleighing, we sometimes had to put off our entrees till nearly ten o’clock at night, waiting for the horses’ return from their day’s work. Their legs were hastily washed, and their sweating and stained bodies covered with rich velvet, bedizened with spangles, really cut a very respectable figure.” 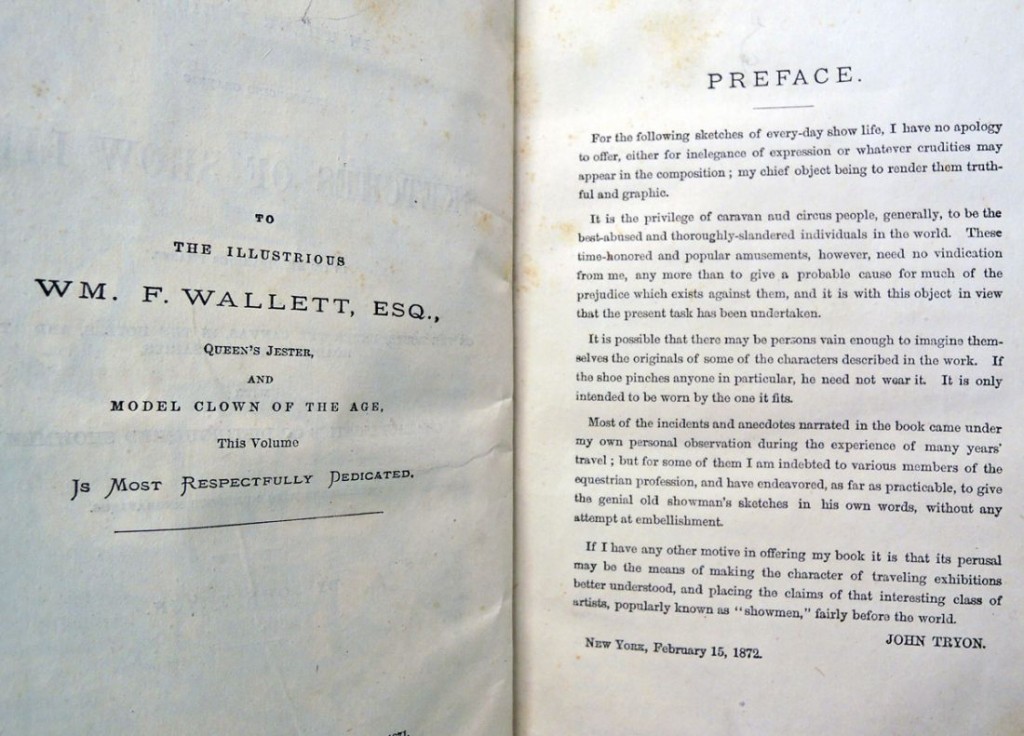 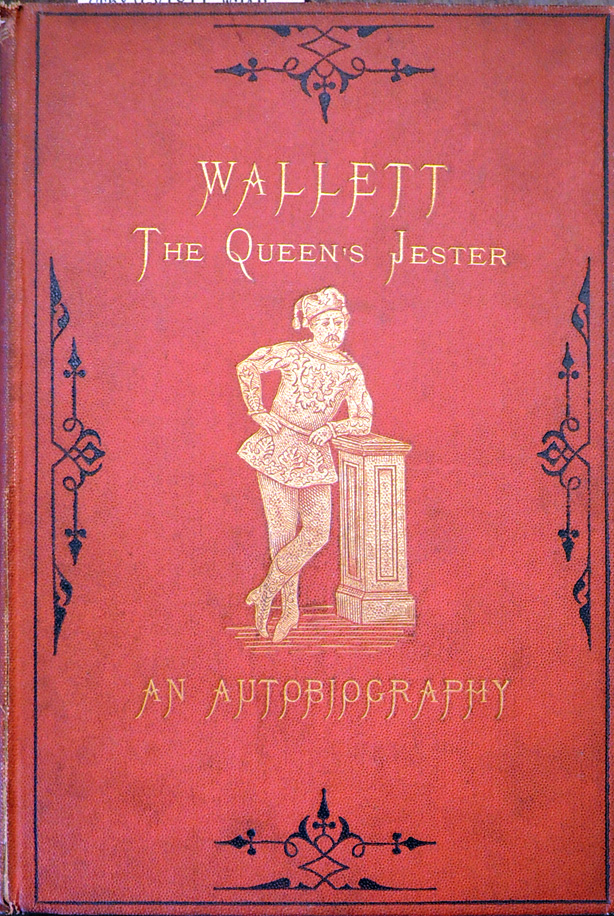 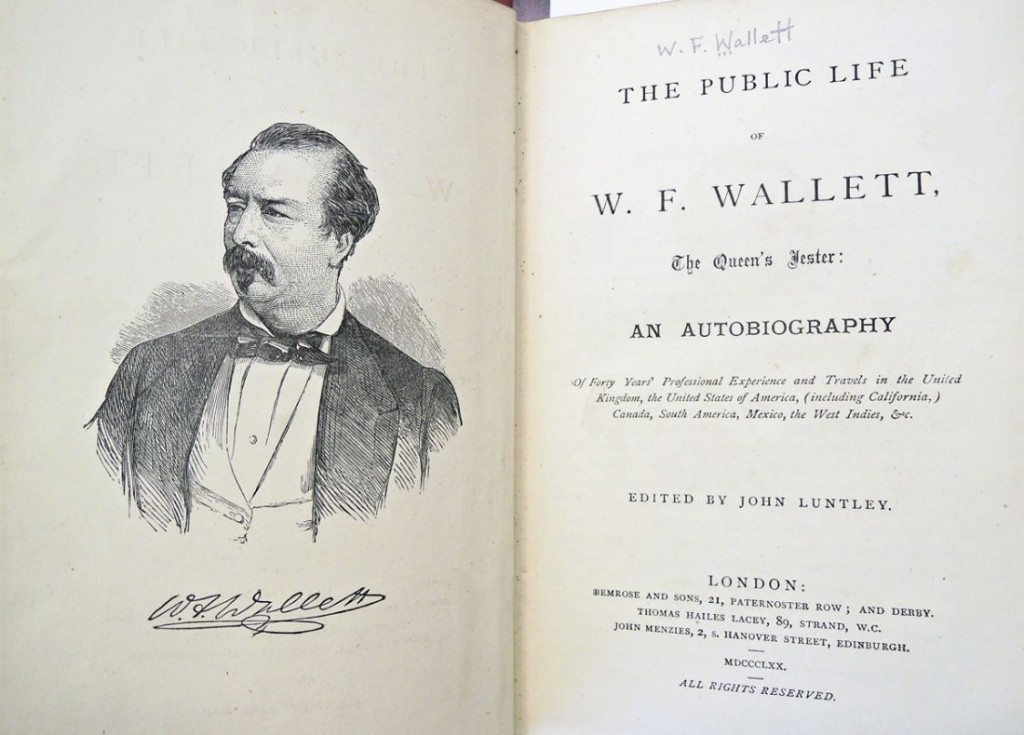