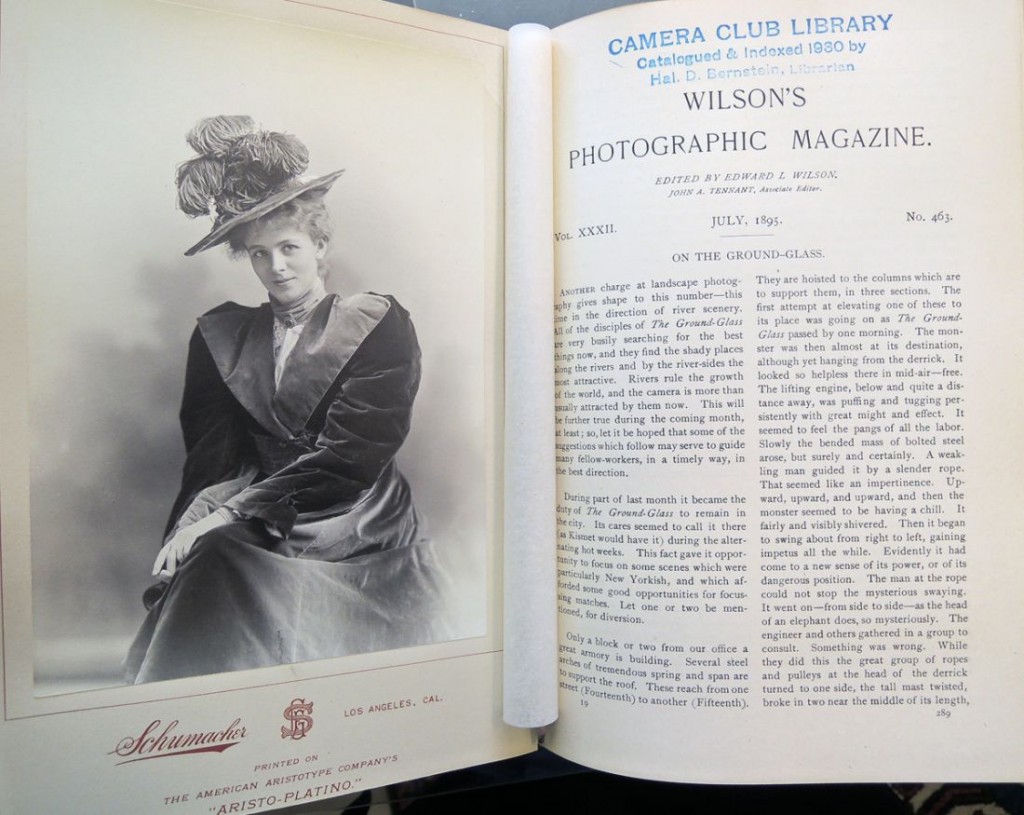 In July 1895, Edward L. Wilson, editor of Wilson’s Photographic Magazine, wrote to subscribers about “a new departure” for the journal. Every month since 1864, Wilson had been embellishing each issue with an original photograph pasted into the front. This meant printing up to 6,000 photographs from one or more negatives and then cutting, pasting, and binding them into the magazine by hand.

However by the 1890s, Wilson noted that “the processes of reproduction have grown without number, in such variety as to render the method we have so long employed [albumen silver prints] almost obsolete.” Wilson begins to substitute ink prints made from photographic negatives for the light-sensitive photographs that once embellished each issue of his magazine.

While this is a reasonable decision, the impetus behind the change really came from a letter written by the Postmaster-General of the United States determining that the addition of an original photograph was, in fact, against the law. Here is a transcription of the letter he sent to Wilson:

“Photographic and other matter pasted to printed paper sheets are additional to the original print prohibited by law, which reads that these shall contain no writing, print, or sign thereon or therein in addition to the original print, except as provided by Sec. 3 of Postal Regulations, which provides as follows, to wit: The name and address of the person to whom the matter shall be sent; index figures of subscription-book, either printed or written; the printed title of the publication and the place of its publication; the printed or written name or address without addition of advertisement of the publisher or sender, or both; and written or printed words or figures or both, indicating the date on which the subscription of such matter will end; the correction of any typographical error; a mark except by written or printed words to designate a word or passage to which it is desired to call attention; the words ‘sample copy’ when the matter is sent as such; the words ‘marked copy’ when the matter contains a marked item or article.”

While silver photography does continue to appear from time to time, Wilson focuses on photogravure, color halftone, and other variations of ink prints to embellish his magazine. By 1900, only halftone prints are published. 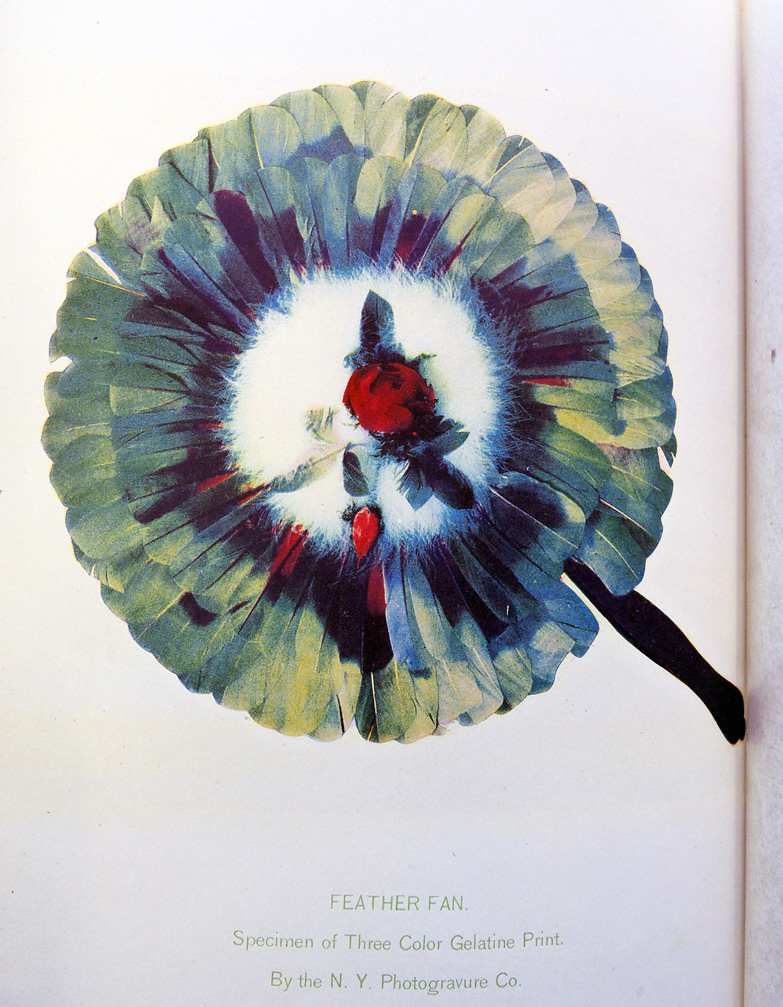 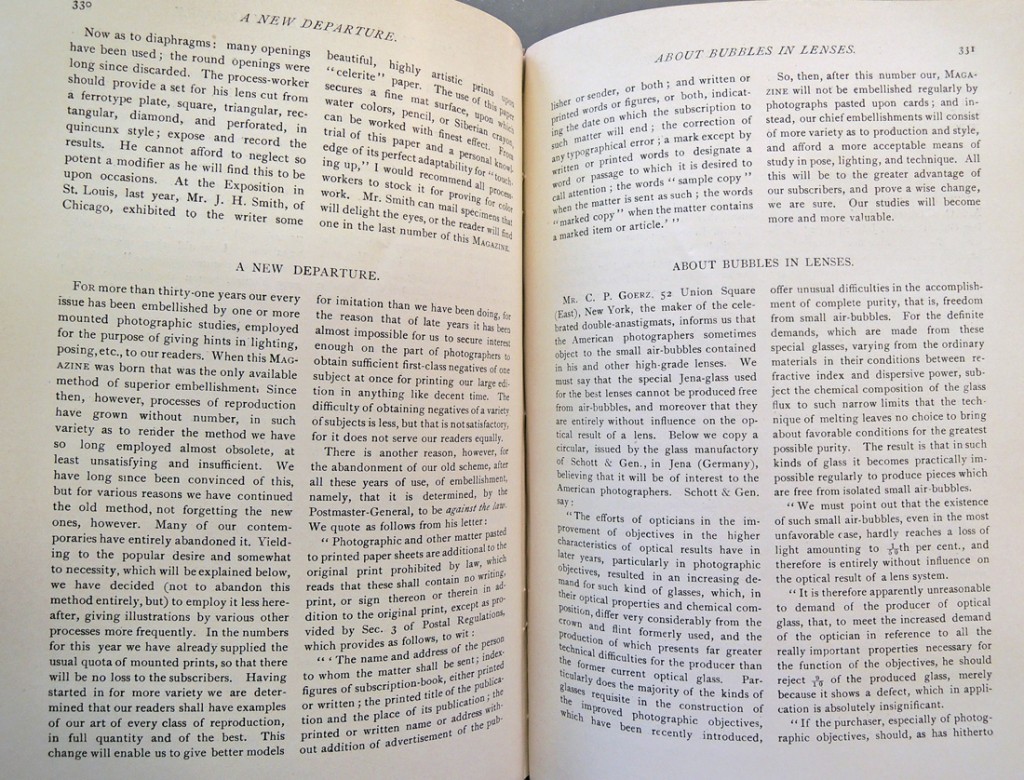 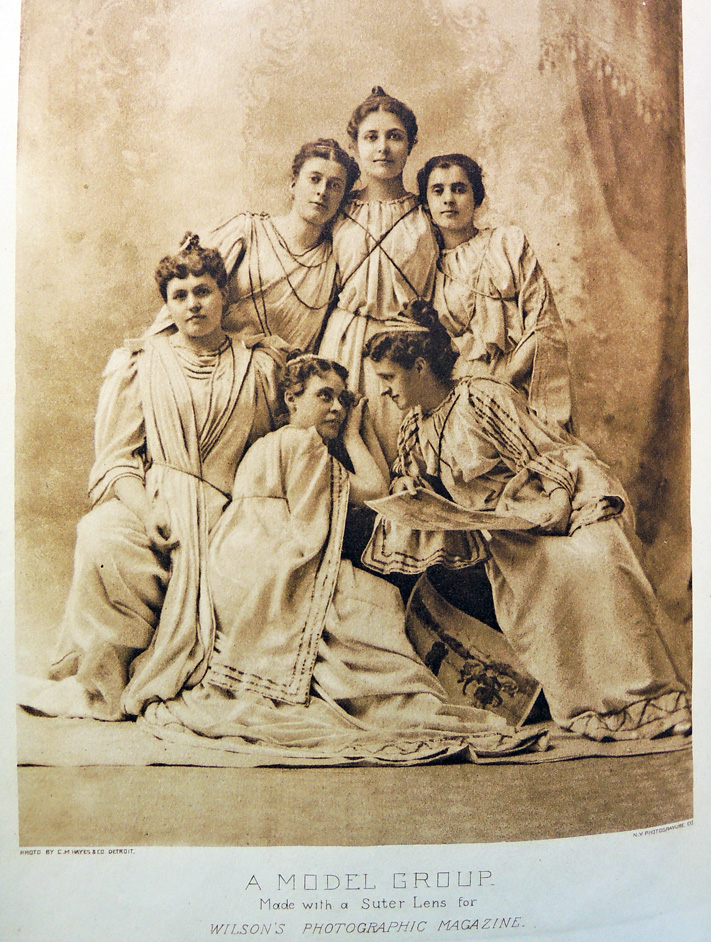