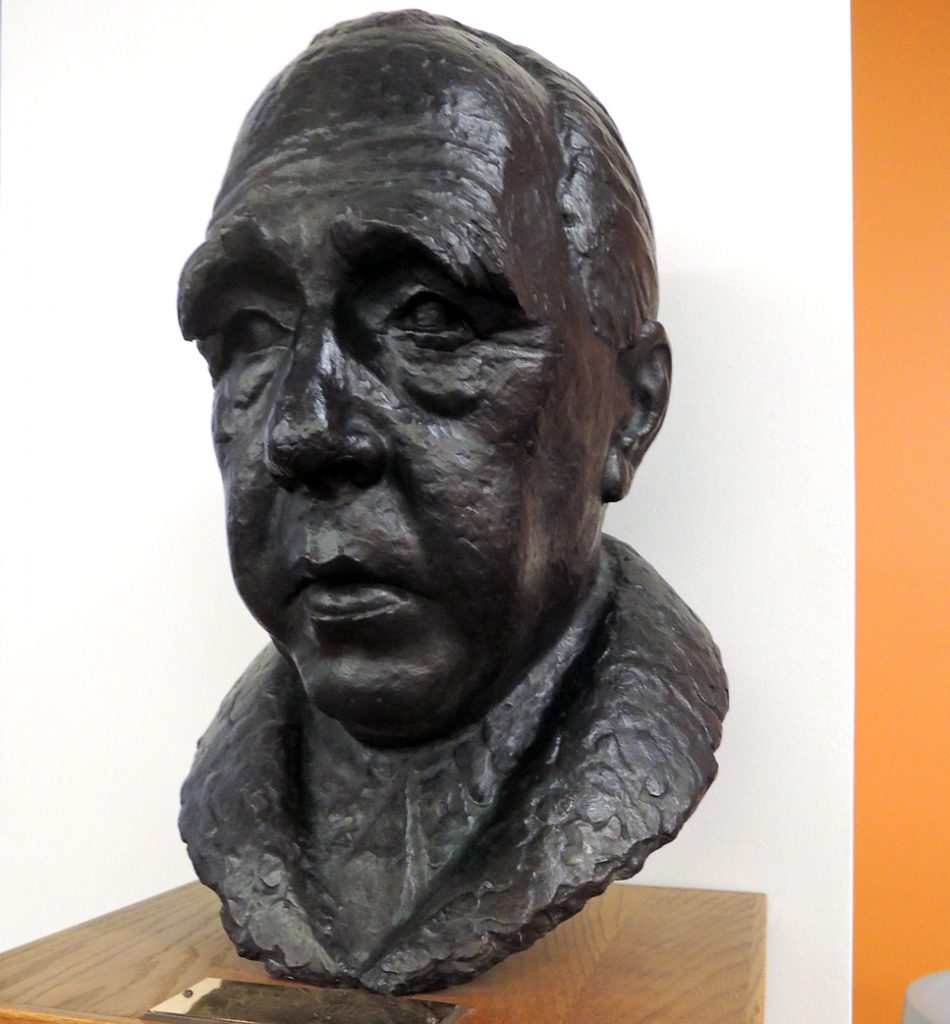 On December 5, 1923, The Daily Princetonian announced, “Professor Niels Bohr, the eminent physicist, will lecture on ‘The Structure of the Atom’ to-morrow afternoon at 5 in 301 Palmer. This will be the first Trask lecture of the present term. Professor Bohr received the Nobel Prize for Physics in 1922 and is responsible for a great part of the present day knowledge of the atom.”

The following day, The Prince reminded students, “’The Structure of the Atom’ will be the subject of the first Spencer Trask lecture by Professor Niels Bohr, the distinguished Danish physicist . . . At present Professor of Physics in the University of Copenhagen, Dr. Bohr has formulated important theories in regard to atomic structure and is largely responsible for the present day knowledge of the atom. . . . This theory has proved the starting point of all important progress in atomic and molecular calculations. –“Professor Bohr, Physicist, Will Give Lecture To-Day,” Daily Princetonian 44, no. 145 (6 December 1923).

And on December 7, the students wrote, “Niels Bohr, professor of physics in the University of Copenhagen, last night delivered the first Spencer Trask lecture of the year . . . ‘The atomic theory,’ declared Professor Bohr, ‘is the hypothesis that all elements are composed of a system of positively charged nuclei, around which negative electrons revolve as in the planetary system. . . . From then on, the search was merely to bring other elements under this definition. It is now possible, by means of the spectra, to find the position on the atomic scale, of any elementary substance, and to determine its chemical composition. And yet all these discoveries, probable and true as they may be, are still merely in a formulative state, and need vast amounts of experimentation to determine their validity.’” 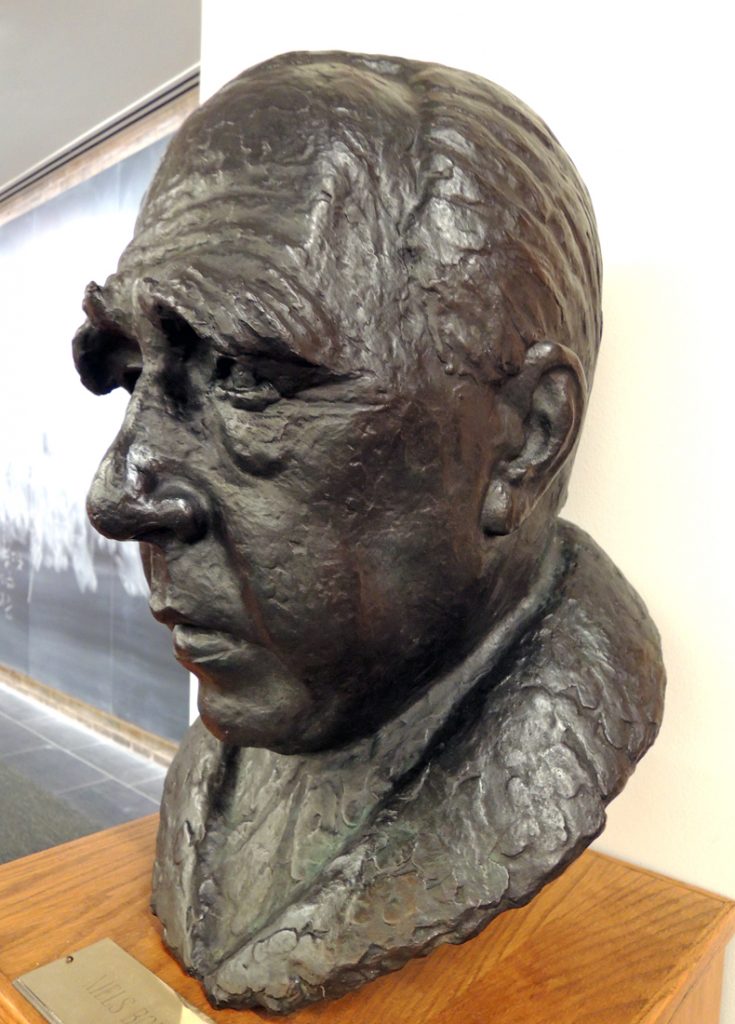 The German artist Kurt Harald Isenstein (1898-1980) had his first exhibition in Berlin at the age of nineteen. He found work teaching at the Reimann School of Art and in 1925 co-founded the People’s Art School in Berlin.

A cast bronze bust of Bohr was originally commissioned by the European Organization for Nuclear Research (CERN) in the 1954, near the end of Bohr’s life. One copy is on view on the first floor of Jadwin Hall, where Isenstein’s 1924 bust of Albert Einstein is also on view.