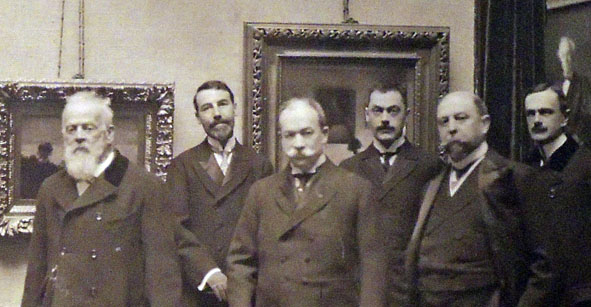 In the early twentieth century, art collector and banker Hugo Reisinger (1856-1914) [second from the right] prepared a series of exhibitions to promote good will between the United States and Germany. A German painting show traveled to New York, Boston, and Chicago from 1908 to 1909. The American art exhibition was held at the Royal Academy of Arts, Berlin, in March 1910 and the Royal Art Society, Munich, in April.

In May, Reisinger was decorated by the Prince Regent of Bavaria “with the Star of the Commanders’ Cross of the Order of St. Michael, in recognition of his successful work in promoting art exhibitions in Germany and the United States.”– ‘Hugo Reisinger Decorated. Munich May 4, 1910,’ New York Times, May 5, 1910. 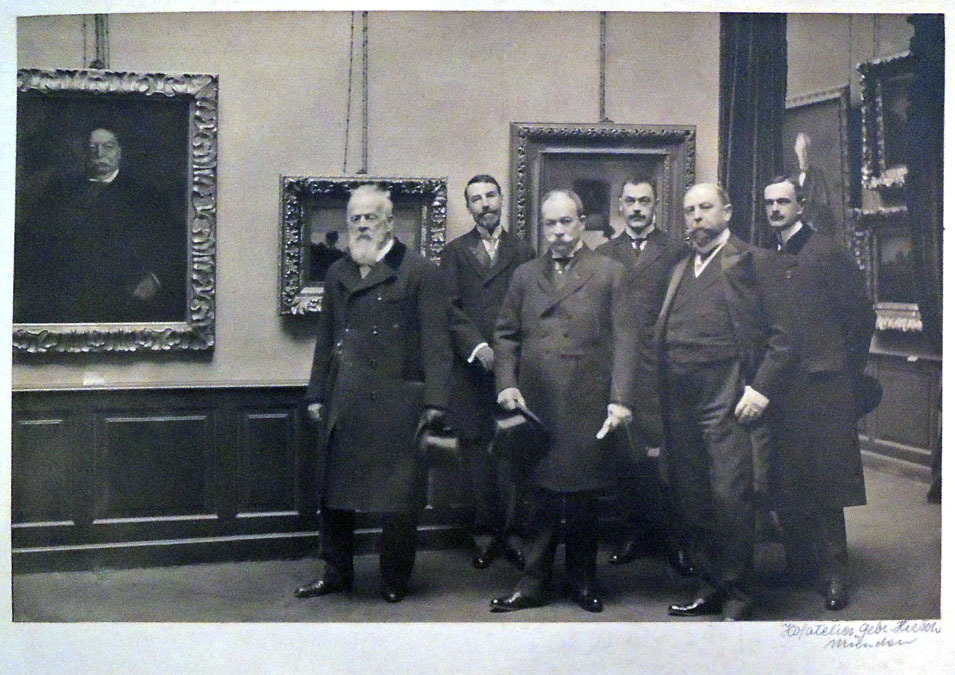 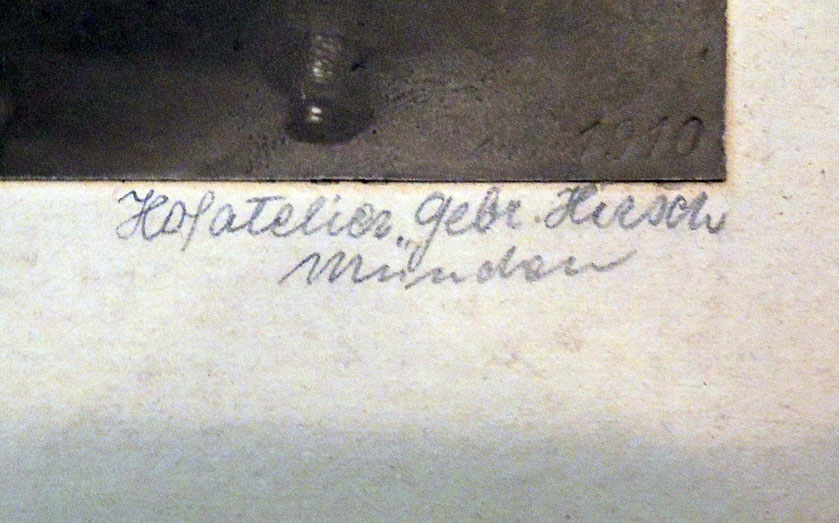 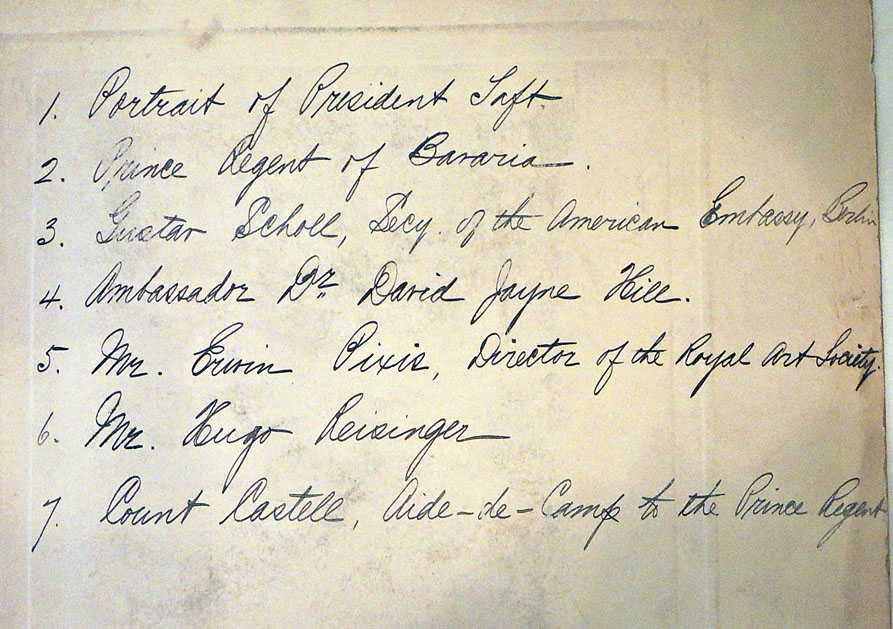 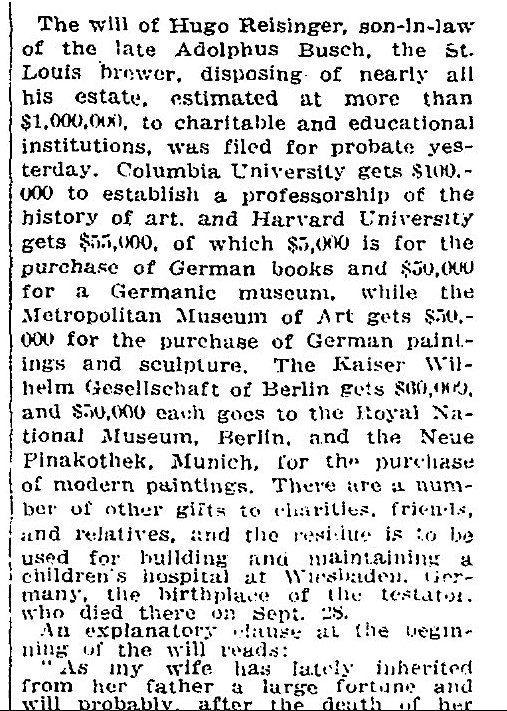