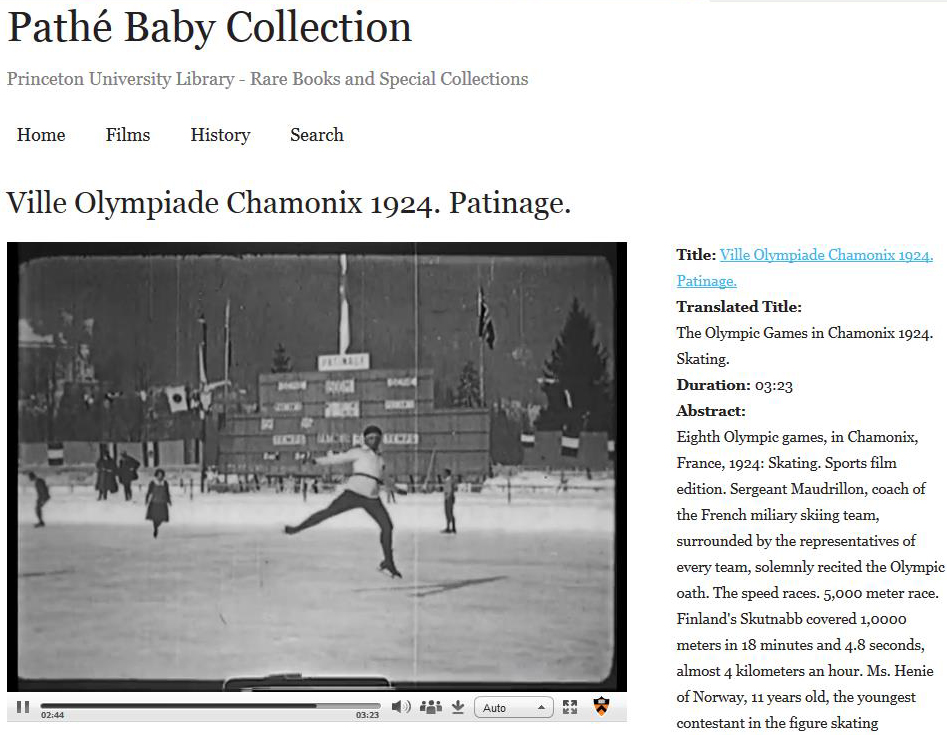 A film of the skating competition during the 1924 Olympic Games in Chamonix, France, can be viewed at http://rbsc.princeton.edu/pathebaby/node/2787. These were the first winter Olympic games and Pathé’s coverage some of the earliest cinematic documents from the games. The footage includes Sergeant Maudrillon, coach of the French military skiing team, surrounded by the representatives of every team, solemnly reciting the Olympic oath; the 5,000 meter speed skating race; Ms. Henie of Norway, 11 years old, the youngest contestant in the figure skating competition; and much more. For additional facts, see: https://www.olympic.org/chamonix-1924

Also available is the Match d’athlétisme France-Finlande (the track Match between France and Finland) at Bergeyre stadium. http://rbsc.princeton.edu/pathebaby/node/2811 In the shot put, Perhola (Finland) came in first with a throw of 14 meters. Tuulos (Finland), was the champion in the triple jump, with a 7.15 meter new Finnish record. In the javelin throw, Myrra (Finland) came in first with a 61 meter throw. 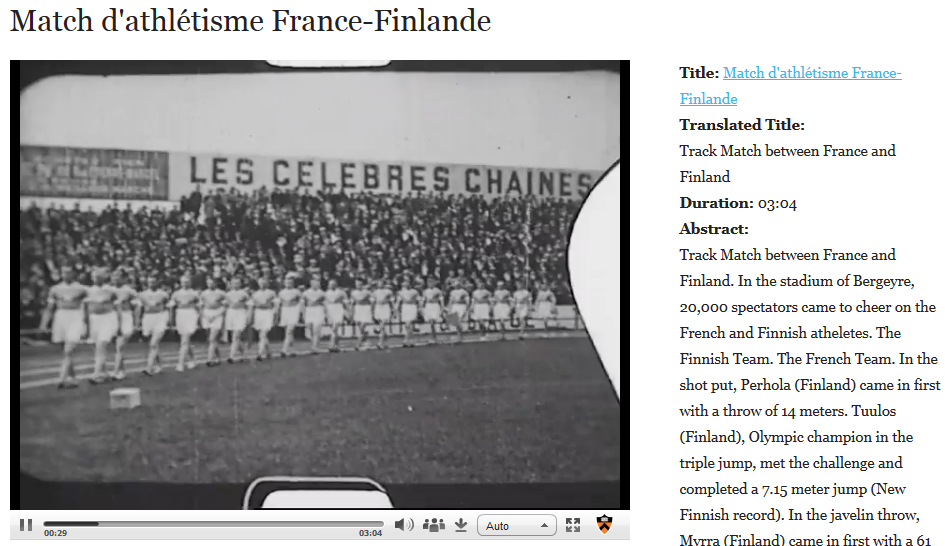 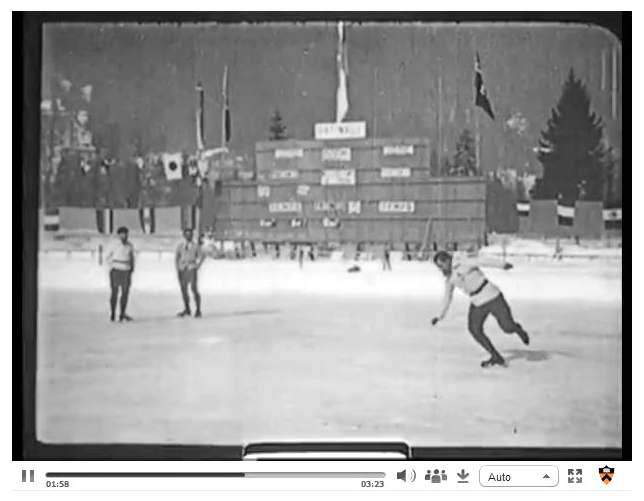 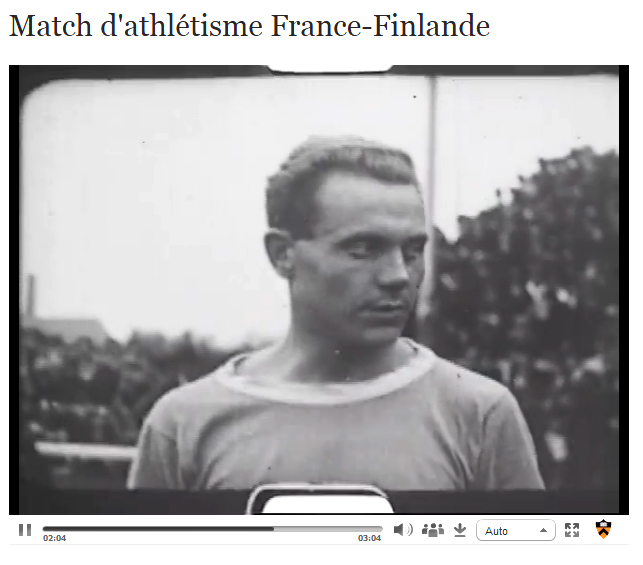