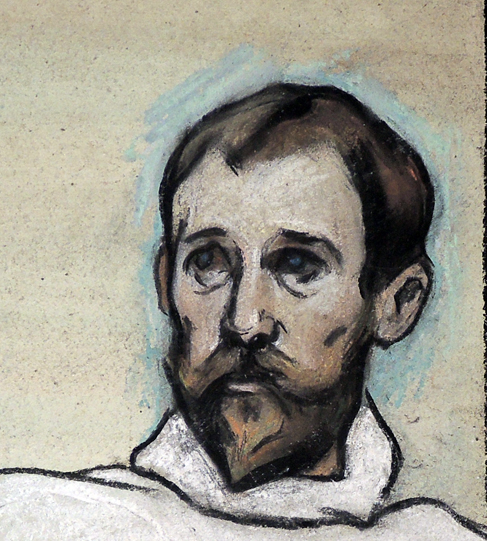 “Alfred Corning Clark, in addition to his interest in music, was a patron of the visual arts. As part of the decoration of the interior of Mendelssohn Hall, as the new building on 40th Street was called, Clark commissioned Robert Frederick Blum, muralist, colorist, and illustrator, to do twin panels for either side of the proscenium arch in the concert hall. The first, begun in 1893 and completed in 1895, was called “Moods of Music.” The frieze was 50 feet long and 12 feet high. Later, Blum completed the companion piece, a canvas of equal size entitled “Feast of Bacchus.” 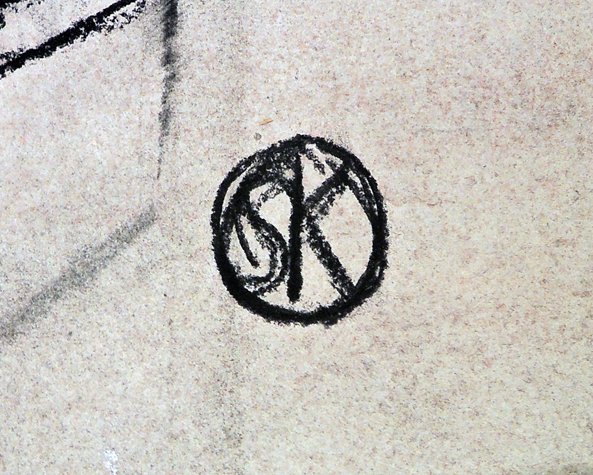 The Graphic Arts Collection holds Kendall’s pastel portrait of Blum, completed for Scribner’s poster. For many years, the attribution was incorrectly switched, described as a portrait of Kendall rather than of Blum. Happily this has now been corrected. 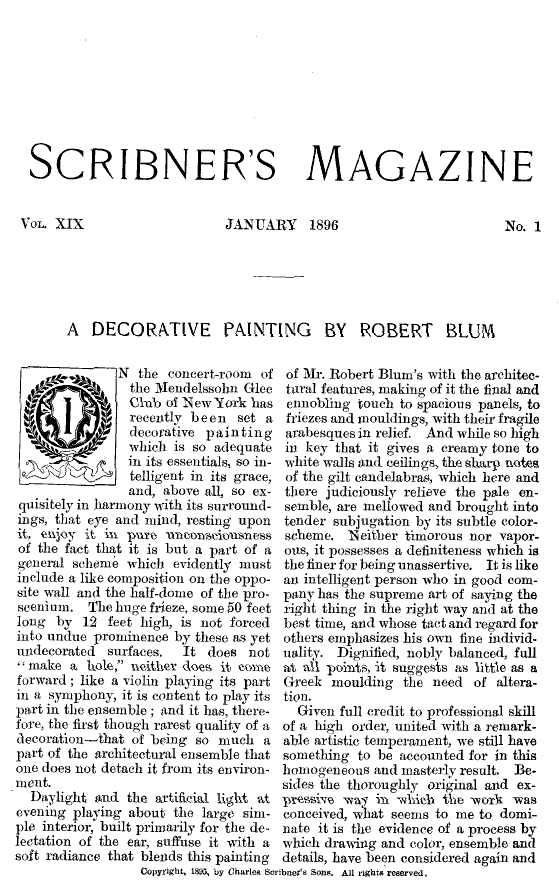 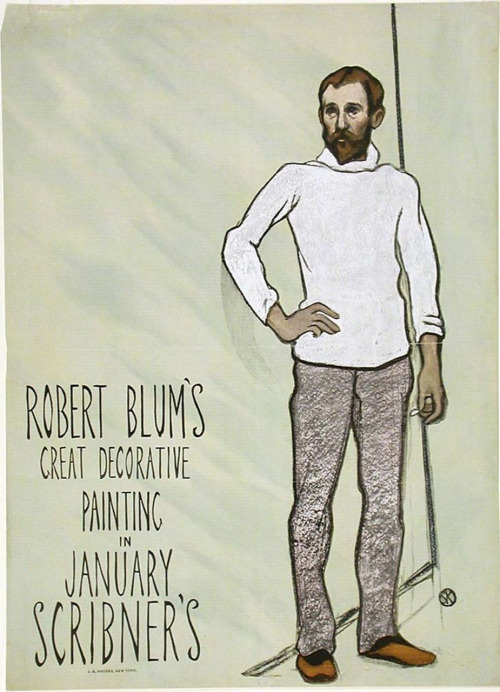