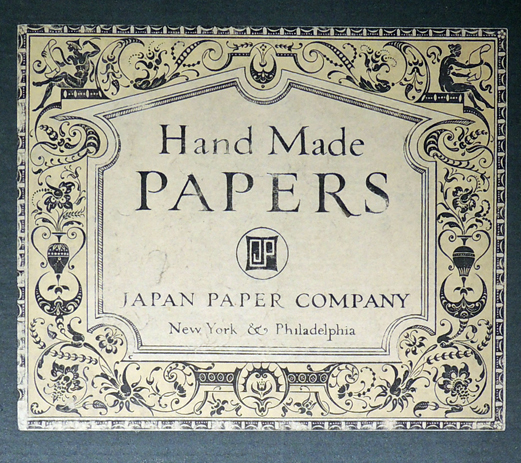 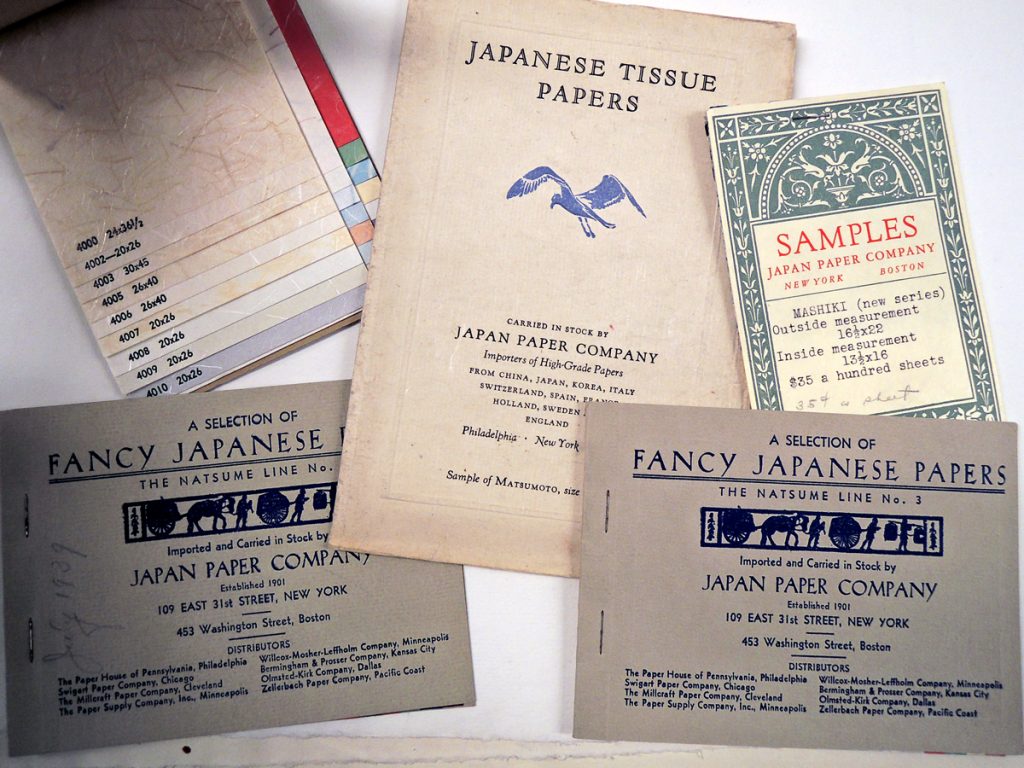 John Bidwell wrote, “Hand-papermaking is now more of an art than a trade, more of a creative opportunity than a commercial proposition.”

In the early 20th century, paper manufacturers in the United States started making sample booklets to promote hand-made and specialty papers. Each of the small volumes included a variety of materials: bound swatches, sizes, weights, colors, and prices of the papers for sale. Unlike written descriptions, this promotional material demonstrated the tactile qualities and aesthetic beauty of the merchandise to the finite market of luxury, limited-edition publishers.

The Japan Paper Company was one of the leading importers of hand-made papers for fine press editions. When Harrison G. Elliott (1879-1954) became the company’s manager, he greatly expanded the firm’s scope, distributing papers from fifteen European and Asian countries.

Elliott was a good friend and associate of Elmer Adler, while Adler was the director of the Pynson Printers. When he gave up that business and came to Princeton, Adler brought with him his collection of paper sample books. Today, the Graphic Arts Collection has identified and catalogued over six dozen booklets, including a large group from the Japan Paper Company.

Recently, a small collection of full-size sheets were also uncovered, which had been sent to Adler by Elliott in 1938. 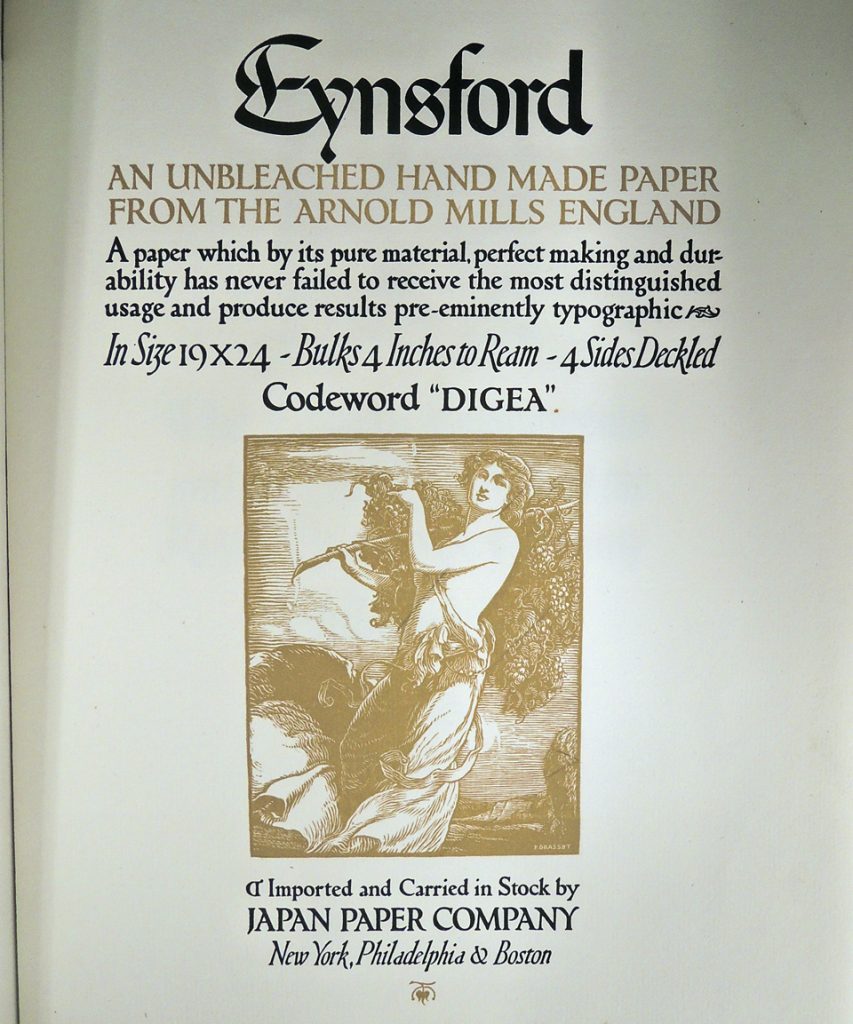 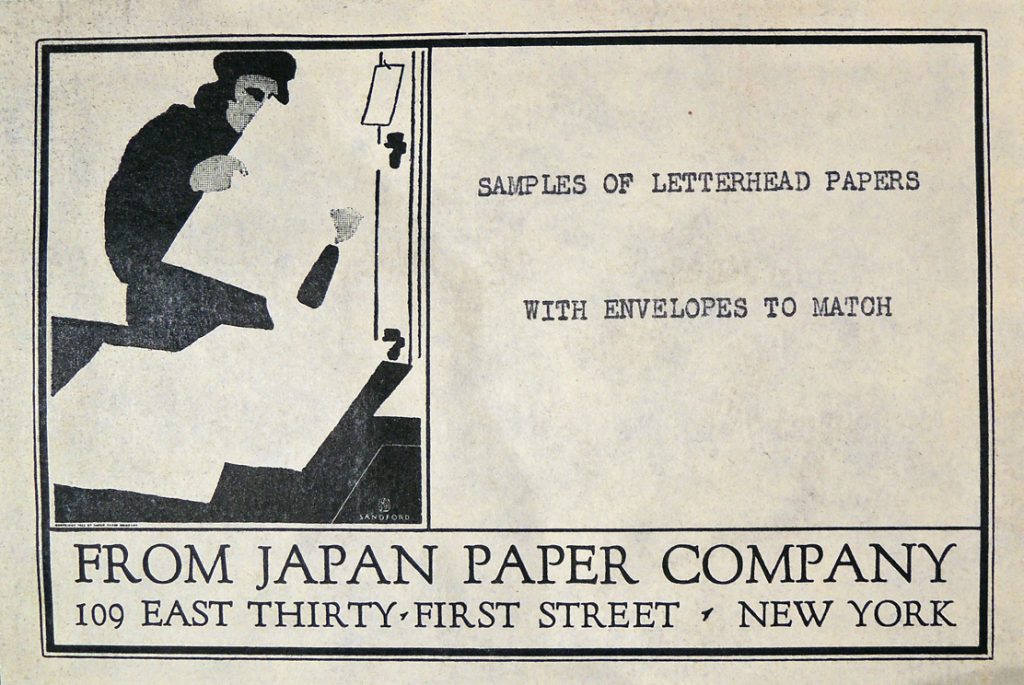 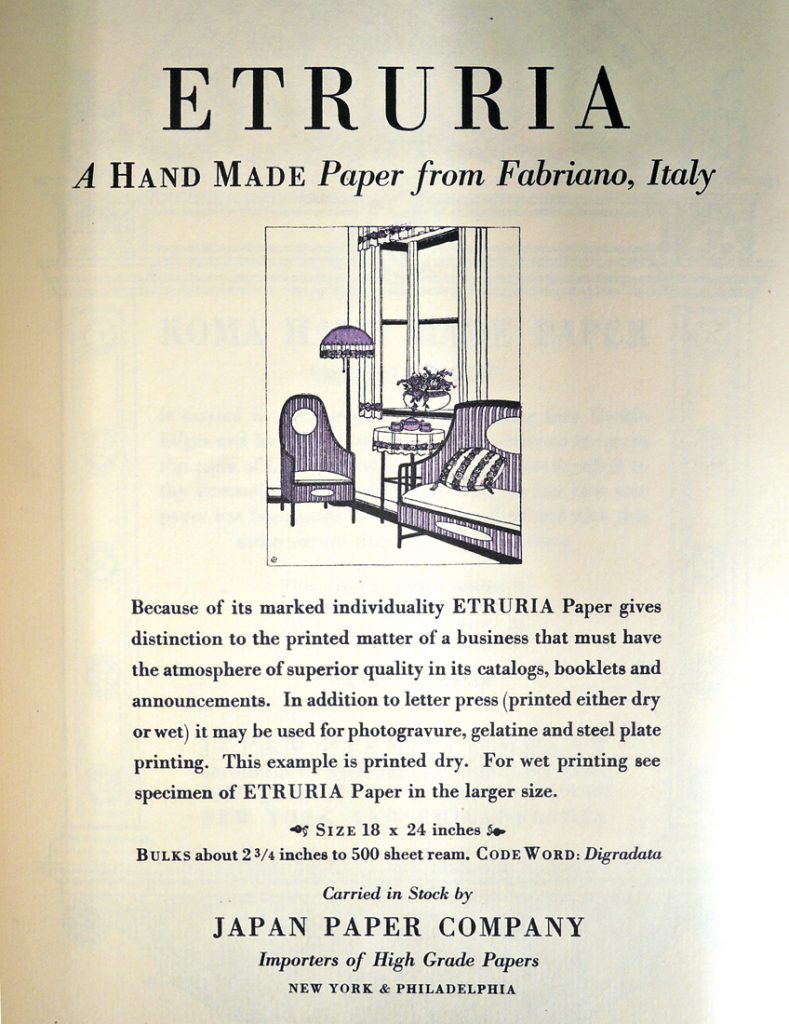 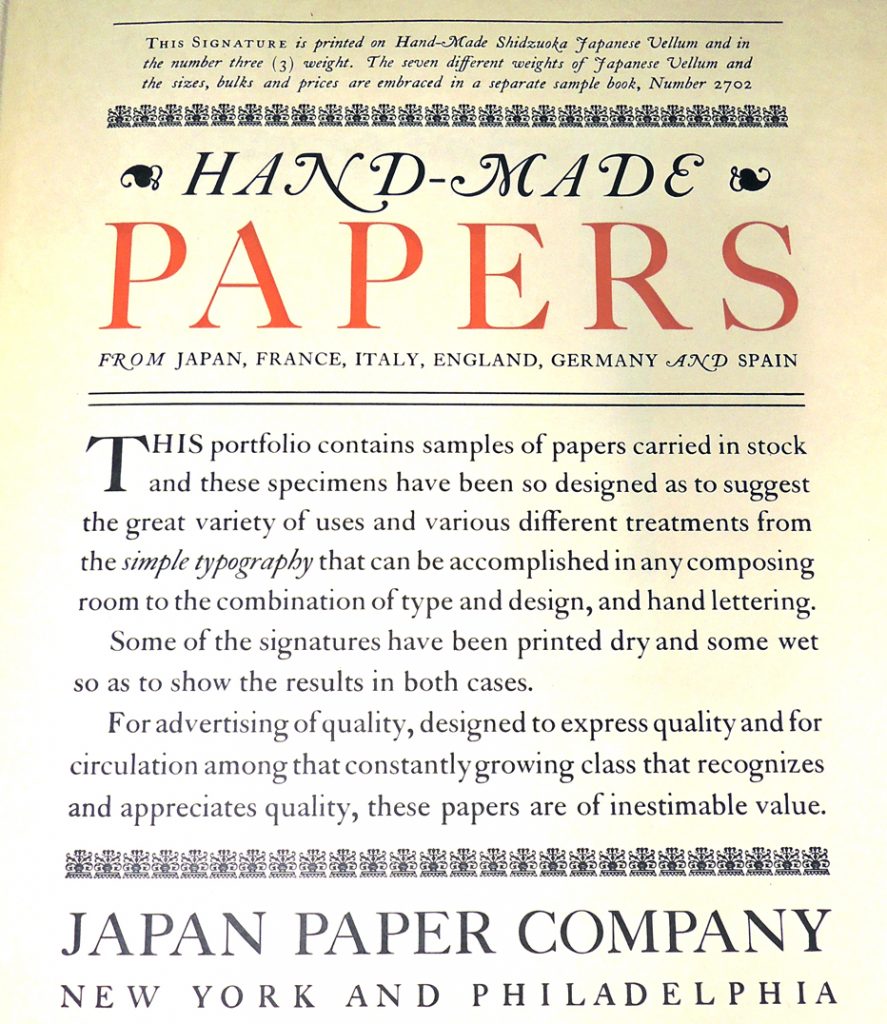