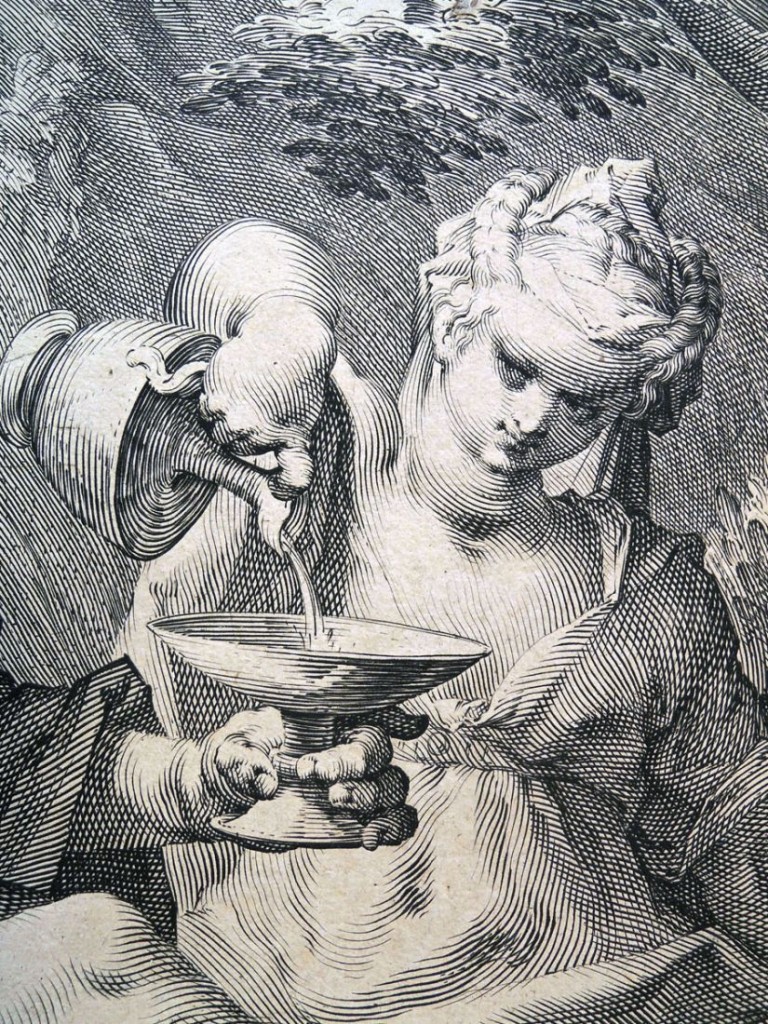 For this engraving, Muller took as his subject Genesis 19:30-38, which reads in one translation: 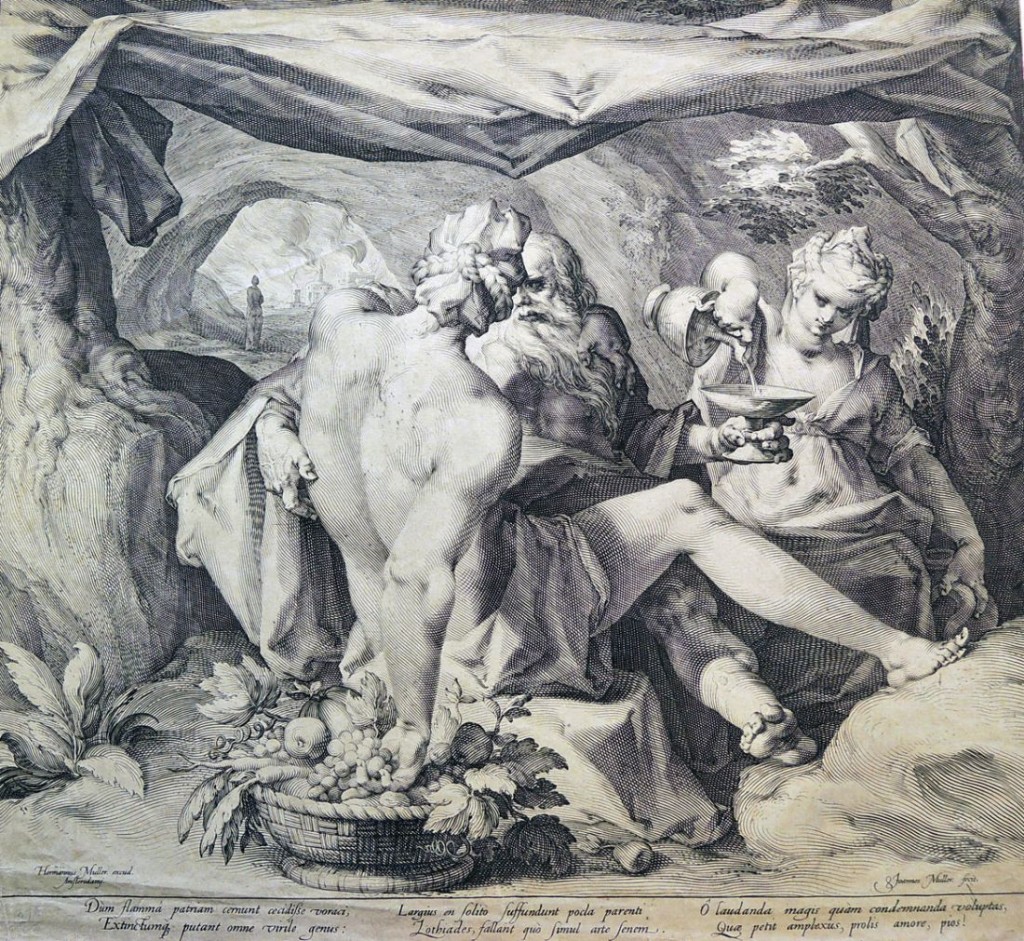 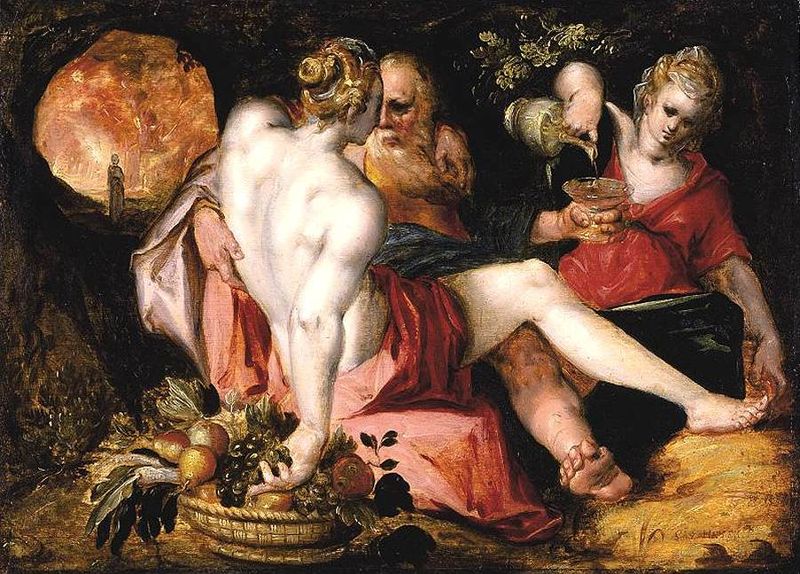 A painted version of this scene also exists in a private collection. There is no indication which came first, the engraving or the oil. 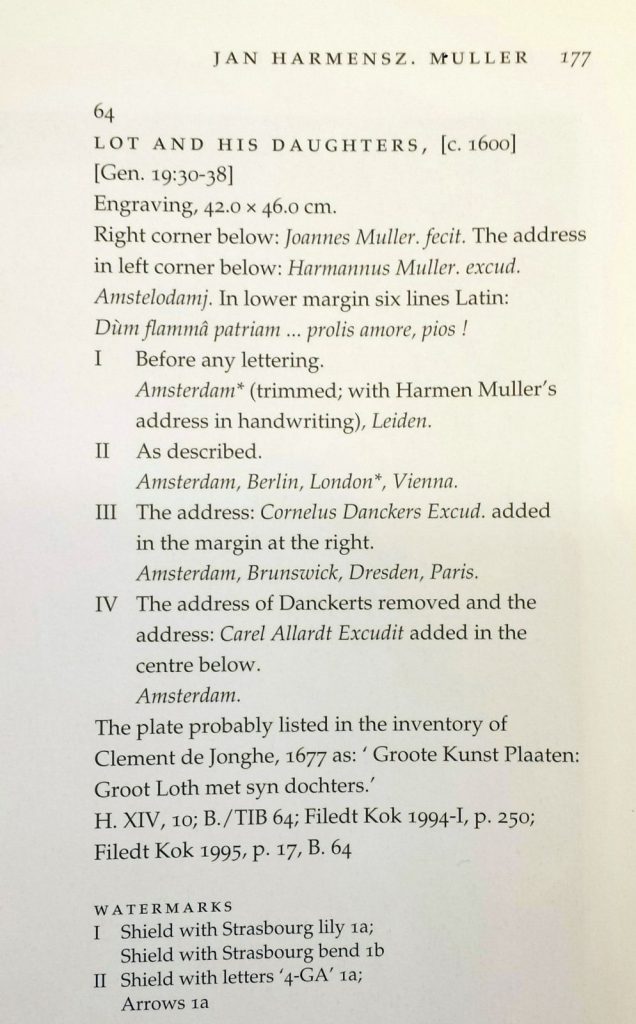