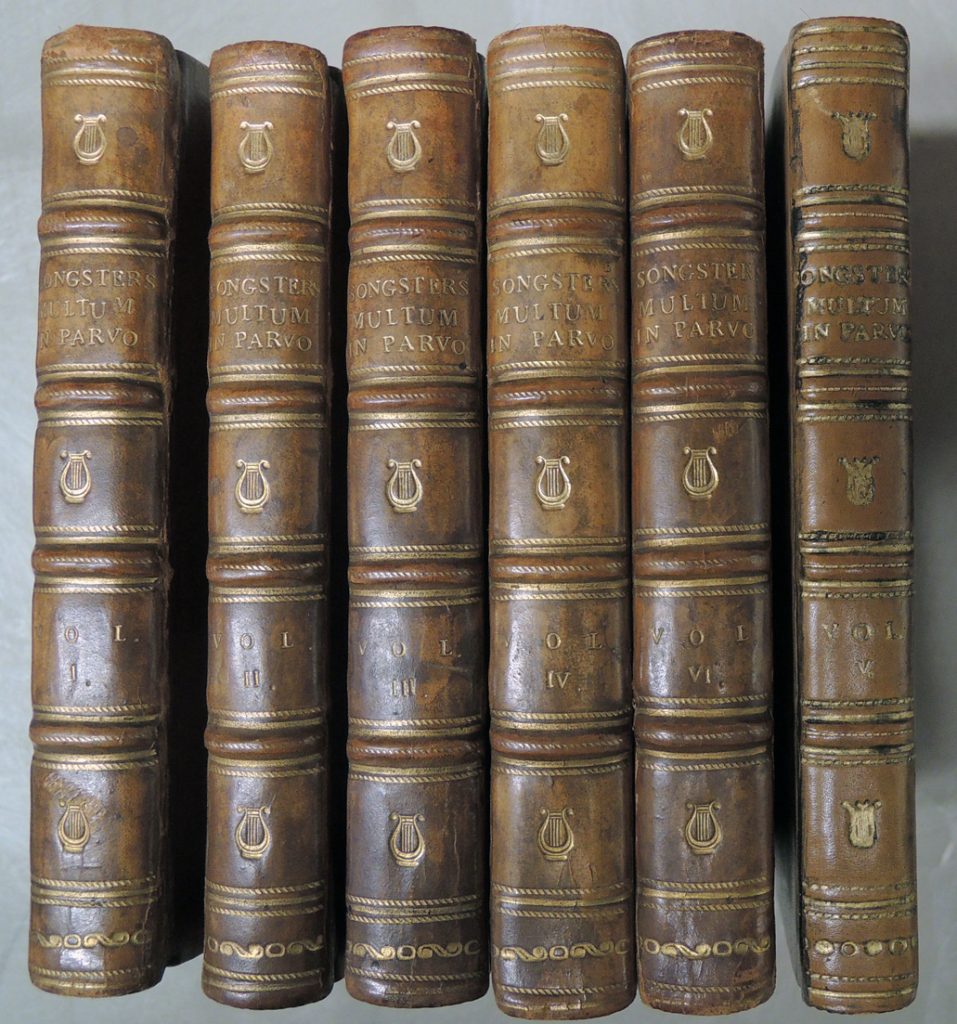 A reference question led to the discovery that each of the six volumes in this series has a different frontispiece. The British Museum attributes the designs to Isaac Cruikshank (1764-1811) and notes: “The book, in six volumes, was issued in 72 weekly numbers, 19 Nov. 1808-31 Mar. 1810, each with four plates; the frontispieces and ten of the other plates are after Cruikshank.” Albert Mayer Cohn lists them as drawn by his son George Cruikshank (1792-1878). The engraving was done by William Grainger (active 1786-1809). 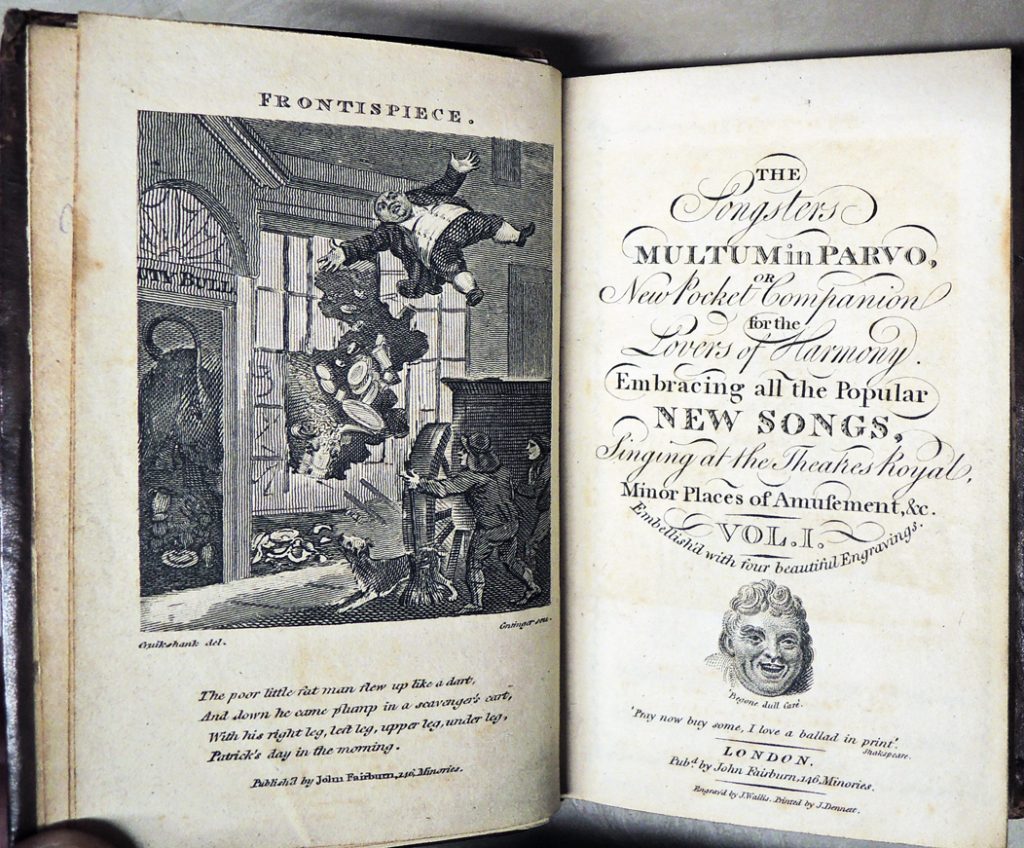 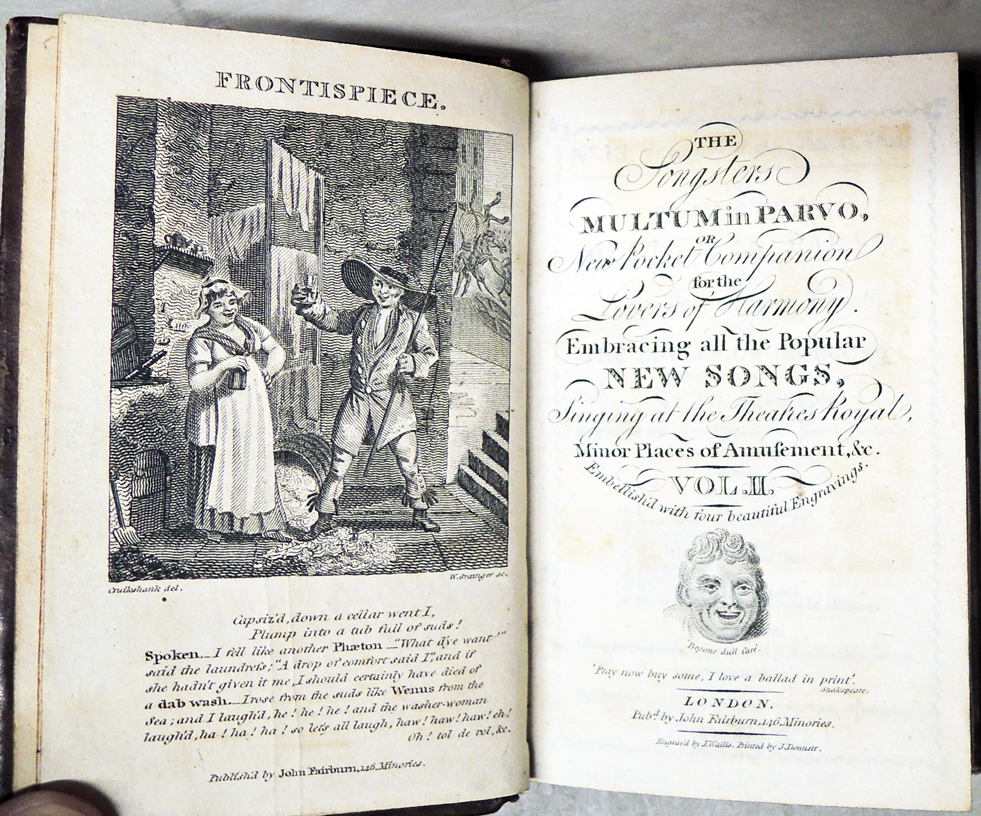 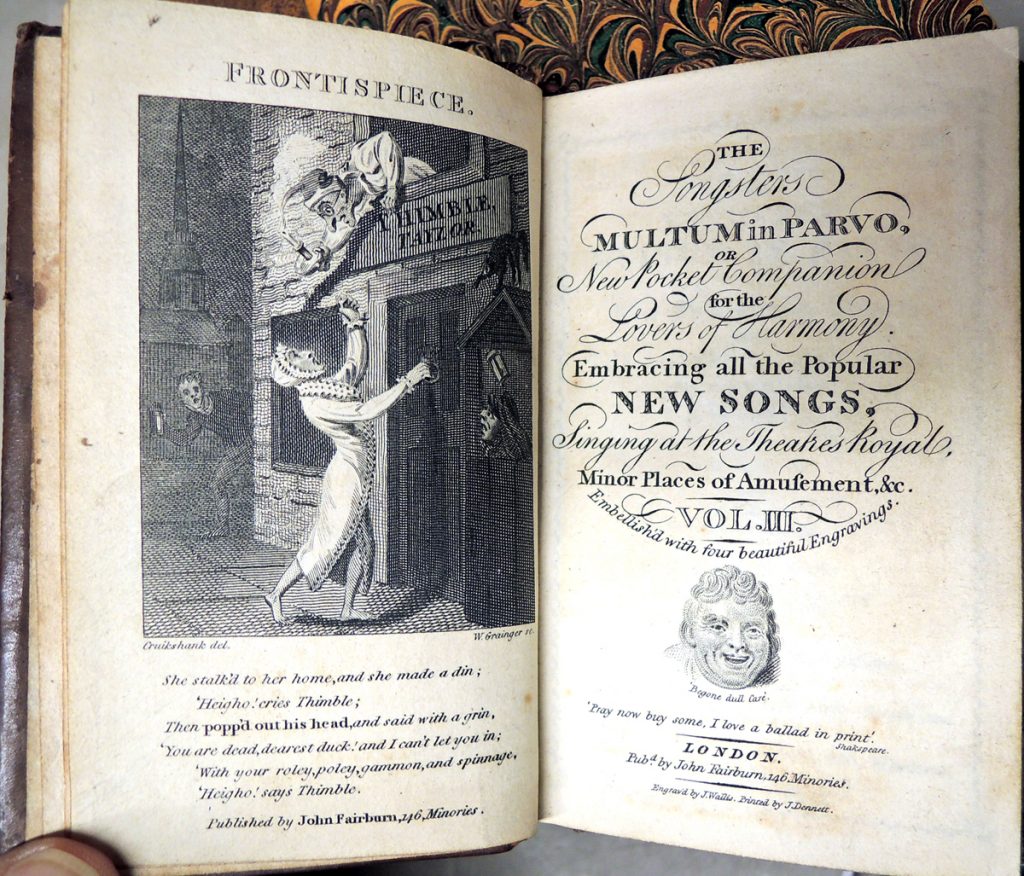 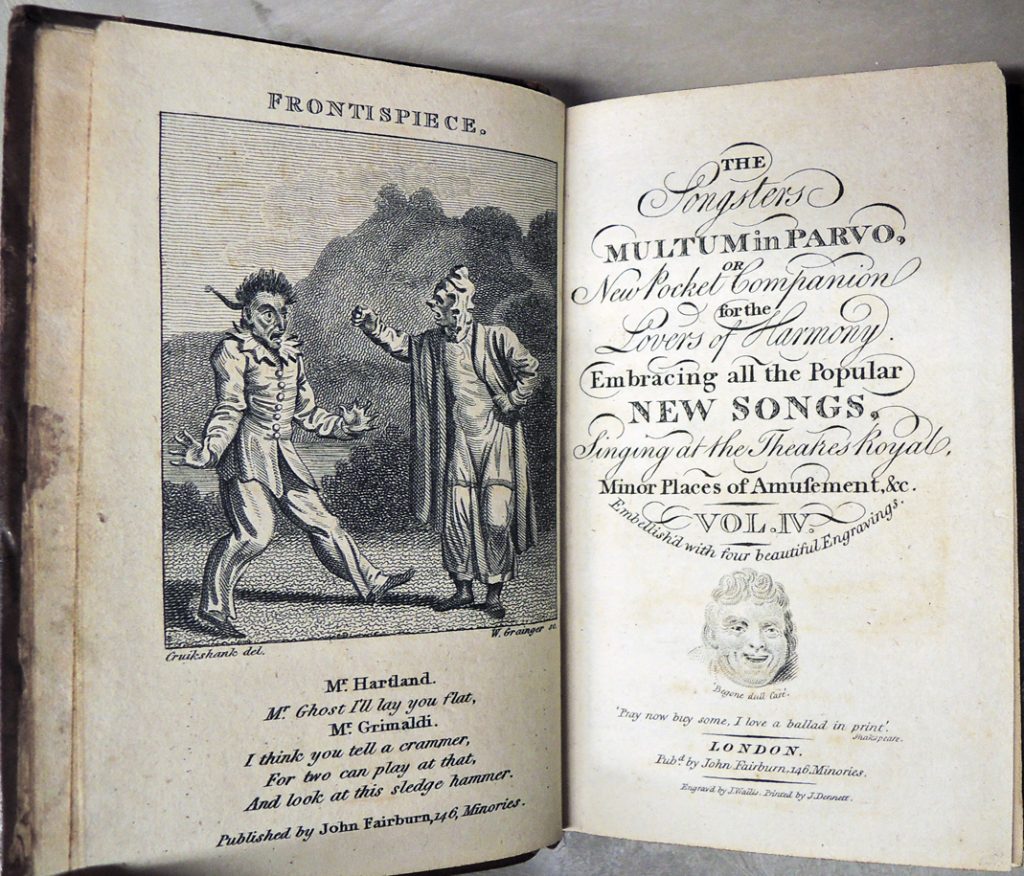 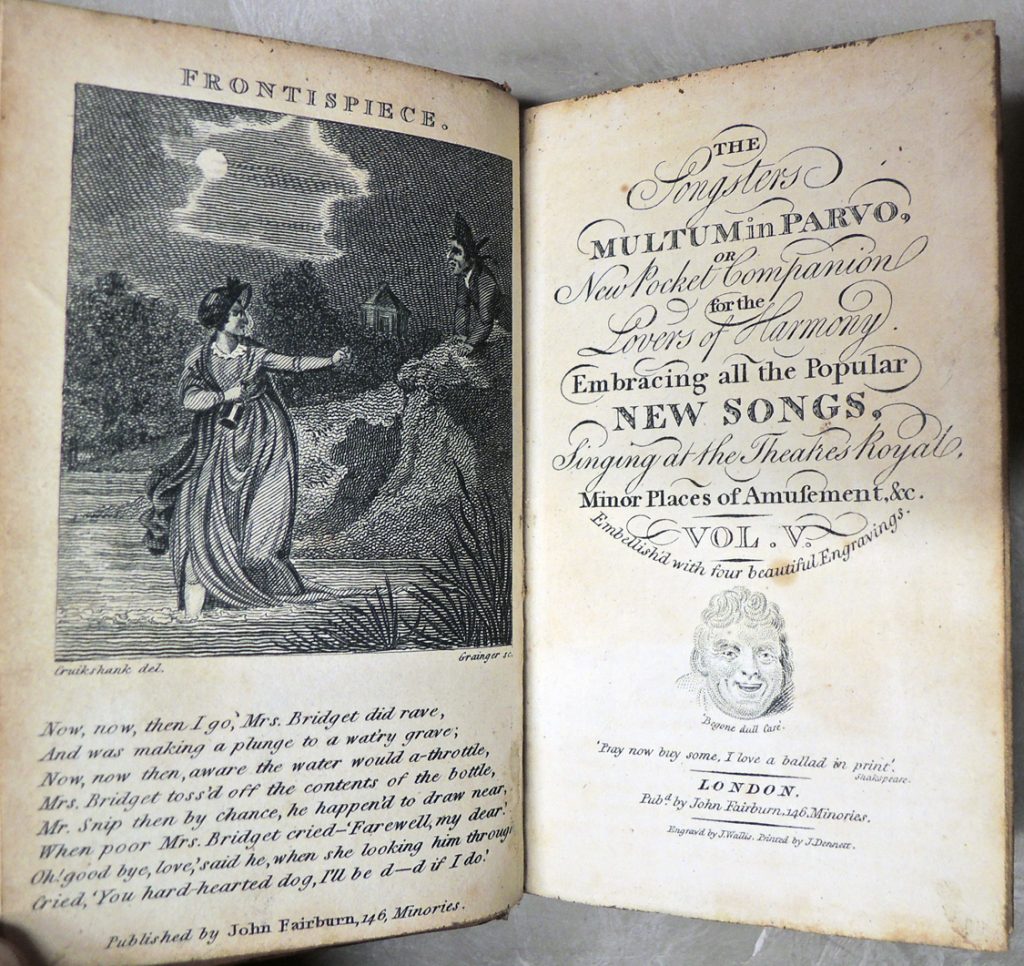 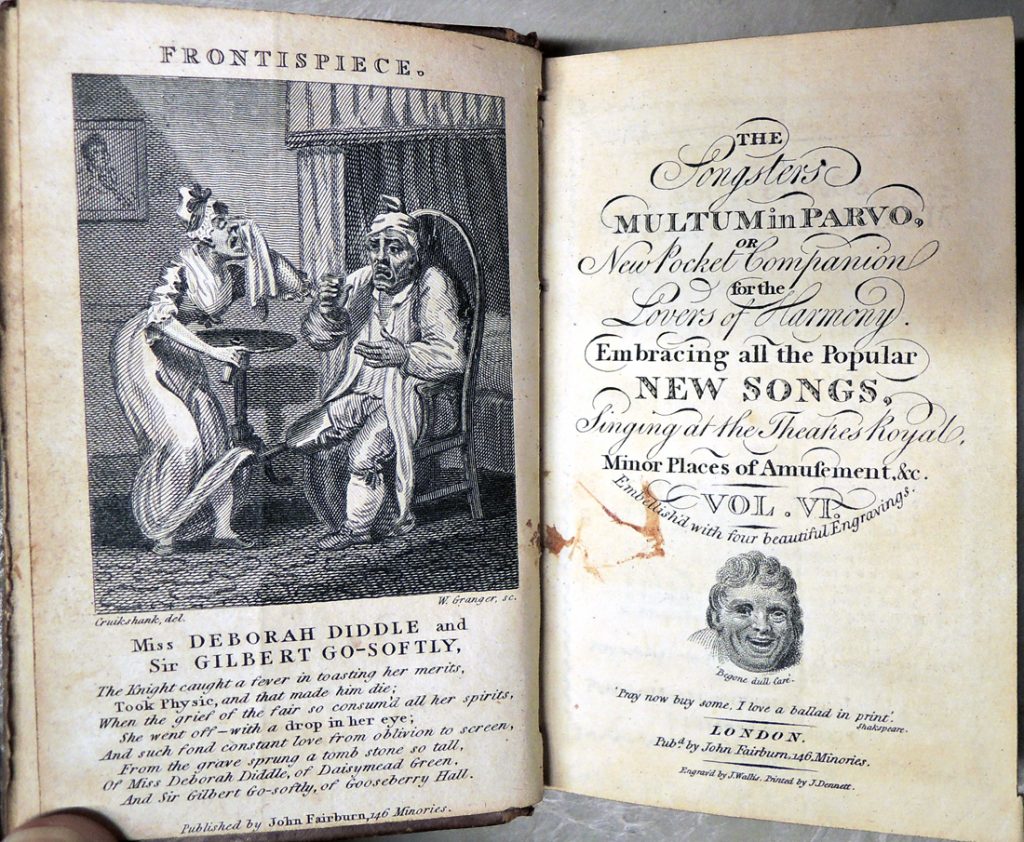