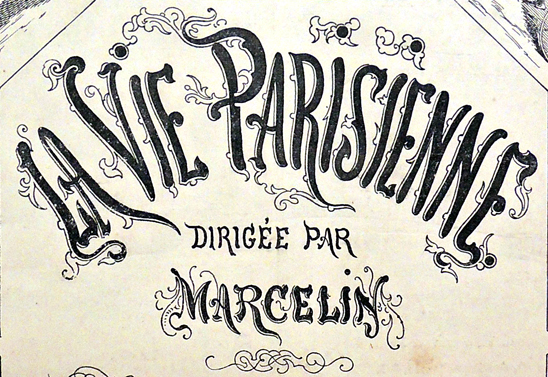 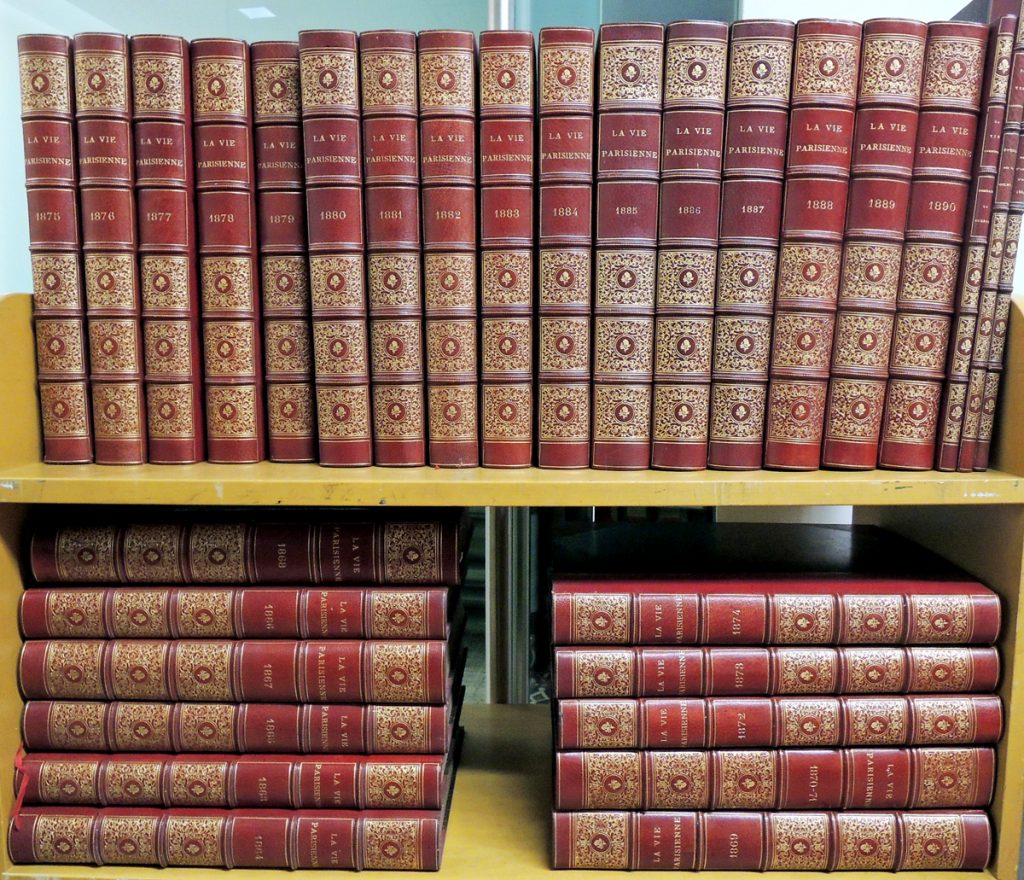 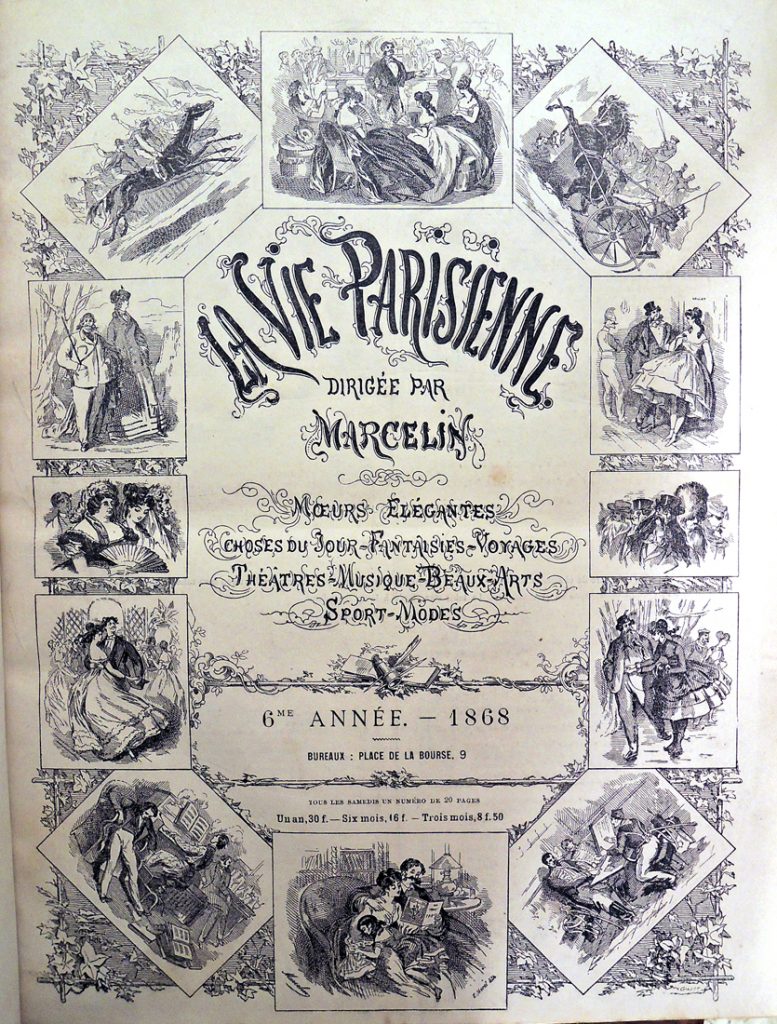 The French satirist Émile-Marcelin-Isidore Planat (1825-1887) also published under the names Émile Marcelin and simply Marcelin. His birth date is often listed incorrectly as 1830, which may have been his own doing.

When Marcelin died in 1887, the journal continued under a new editor but it was not the same and by the 20th century, the title no longer retained any of Marcelin’s original style. The Graphic Arts Collection is fortunate to have acquired the full, original run of La vie parisienne, bound in 30 volumes. 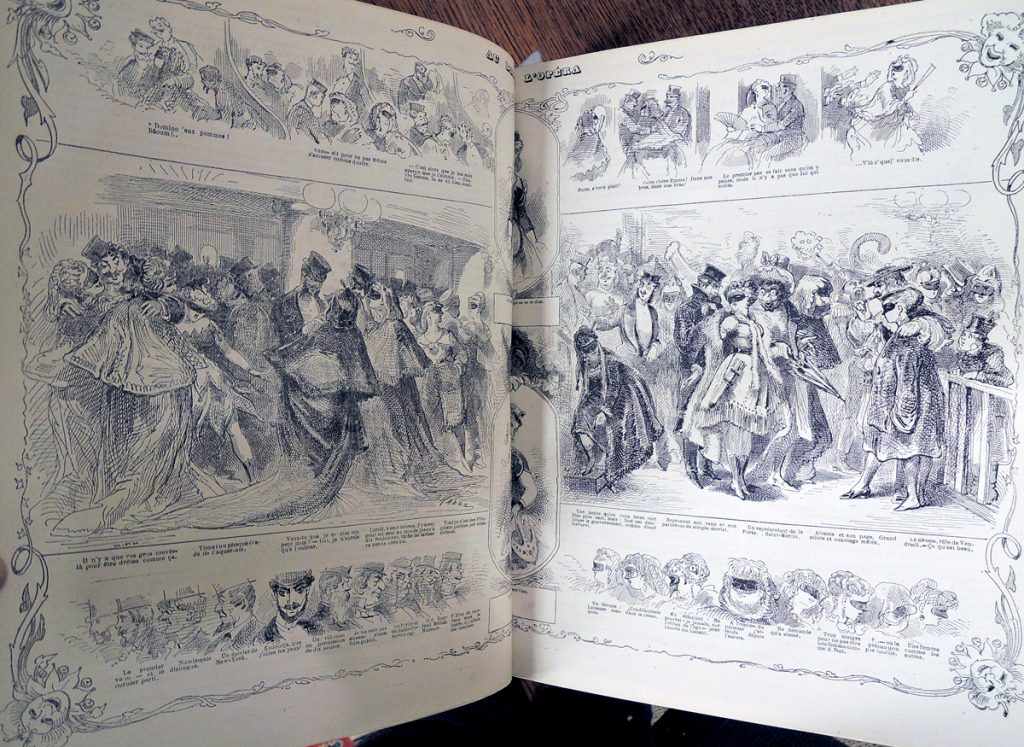 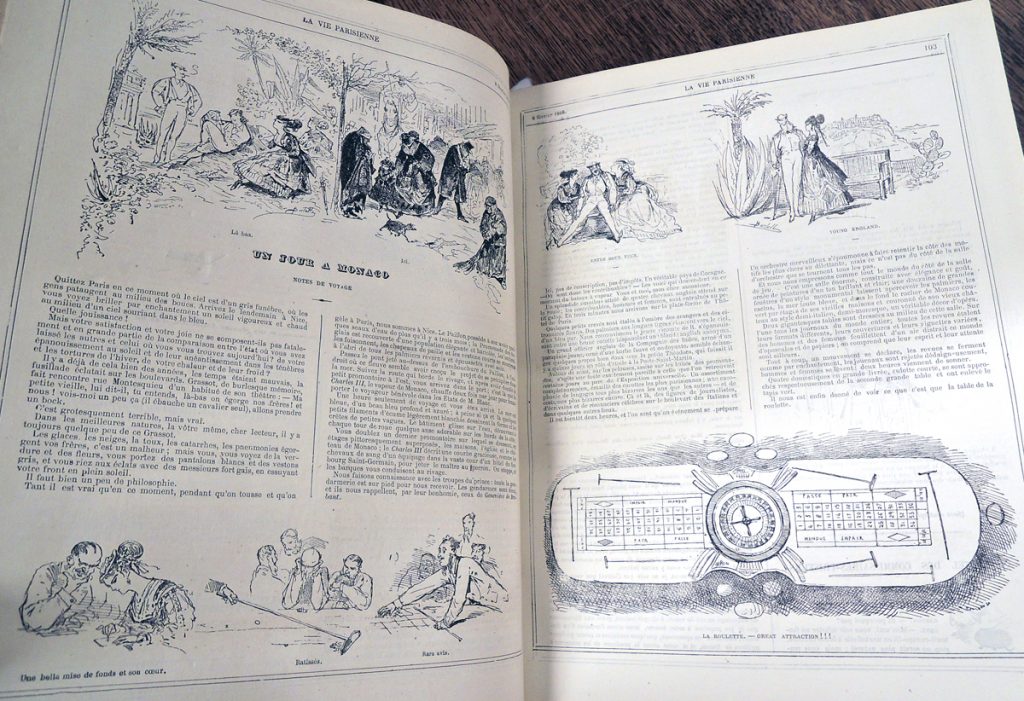 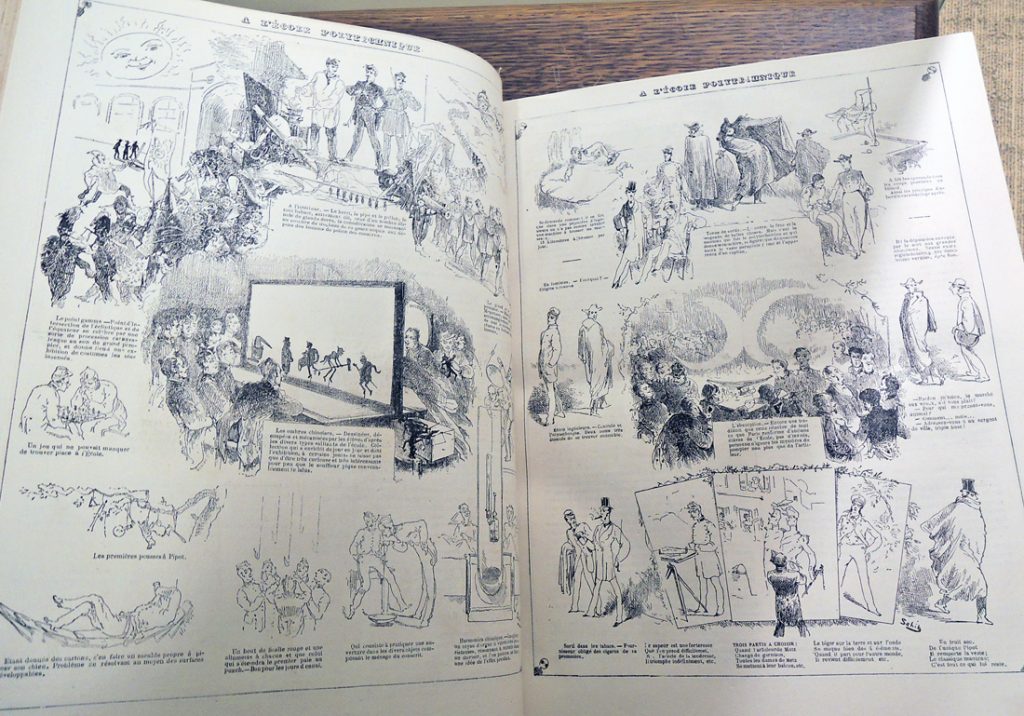