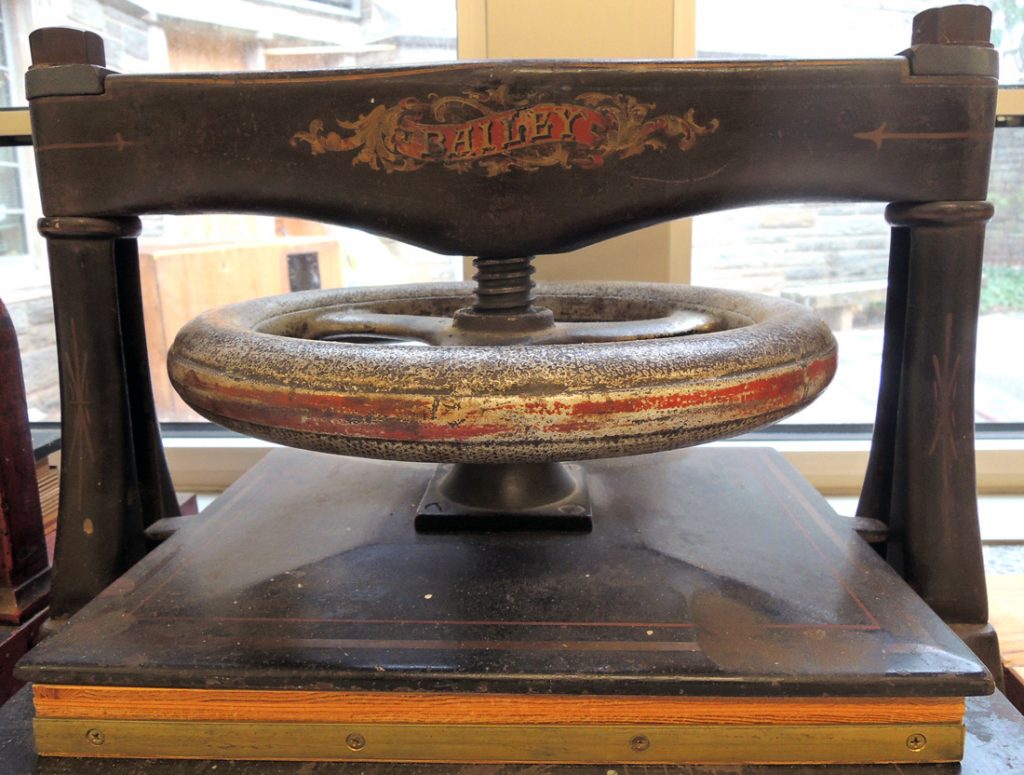 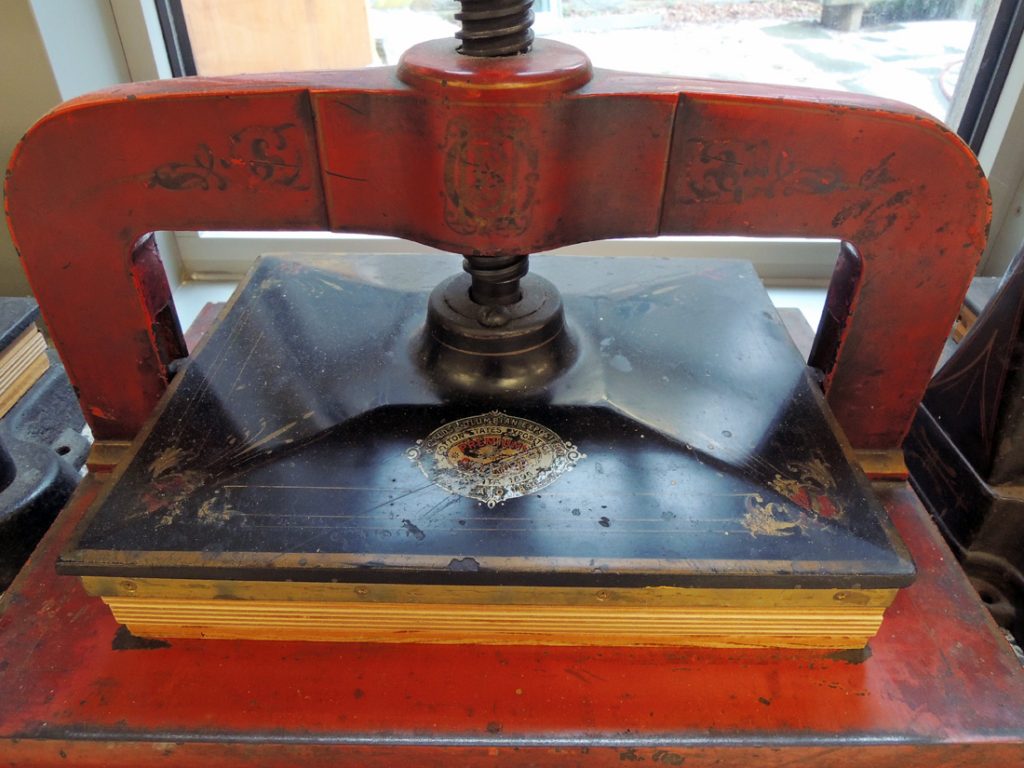 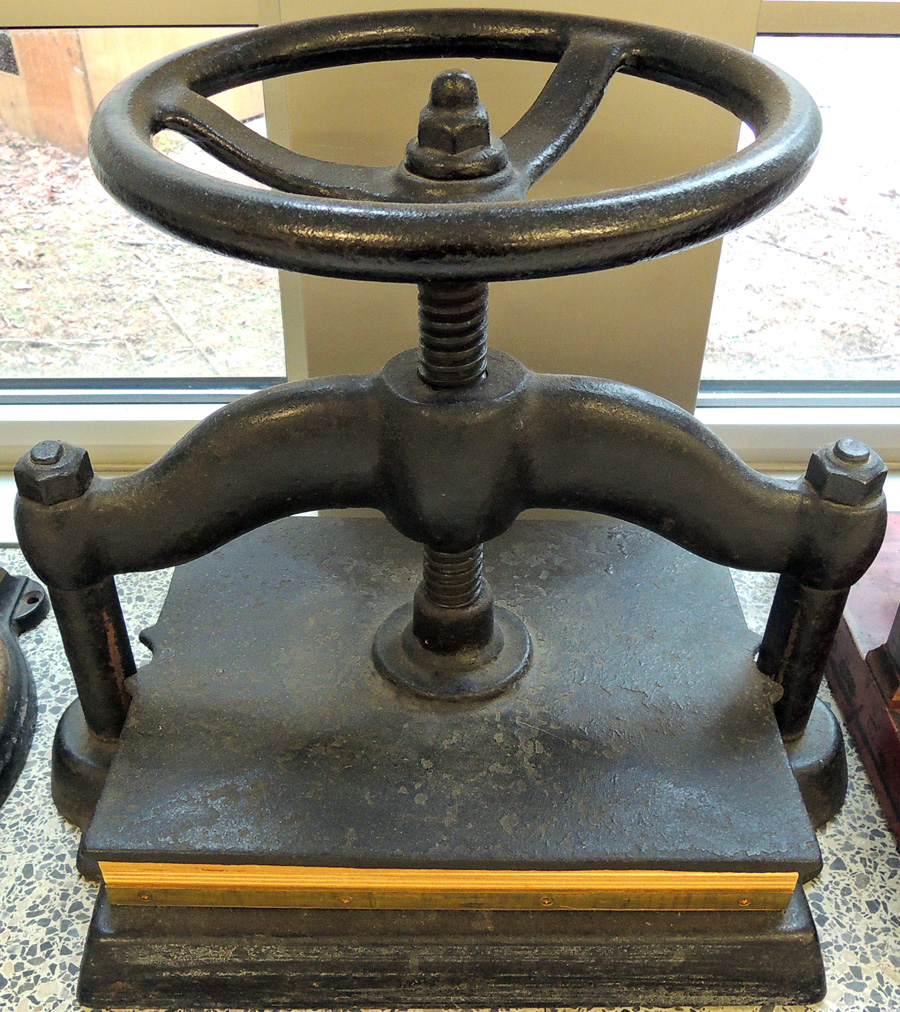 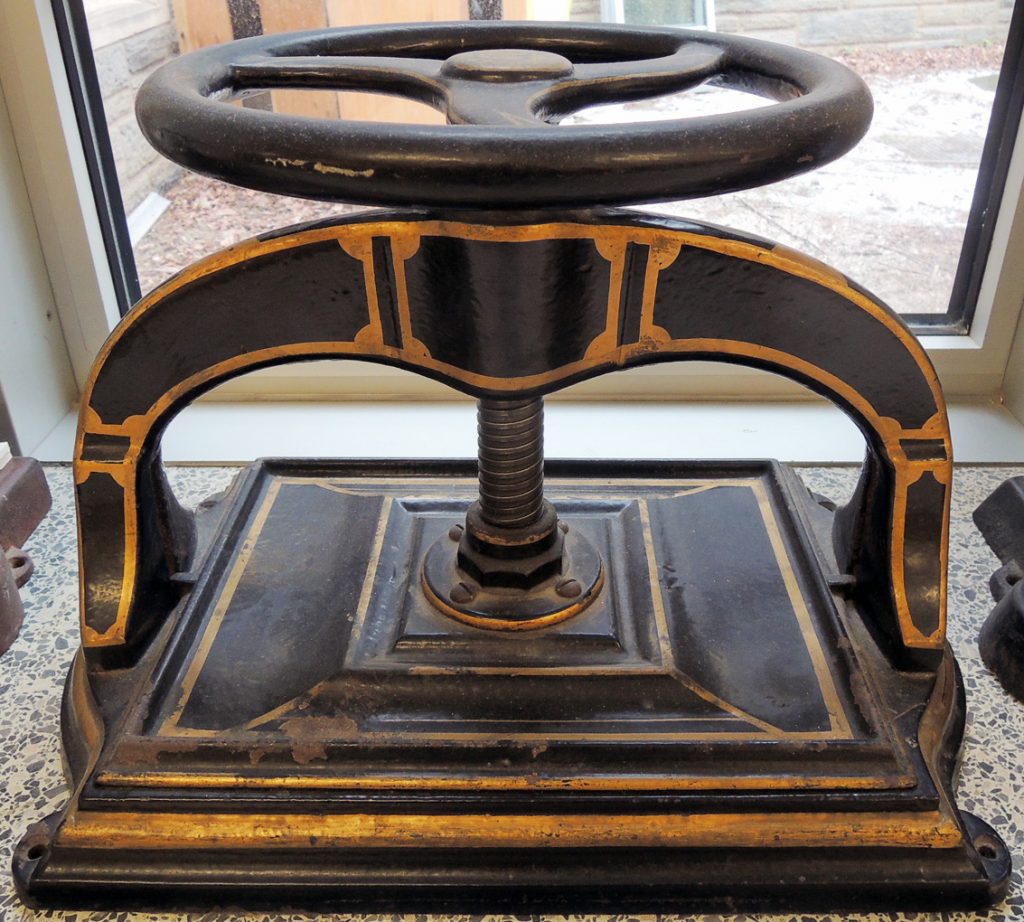 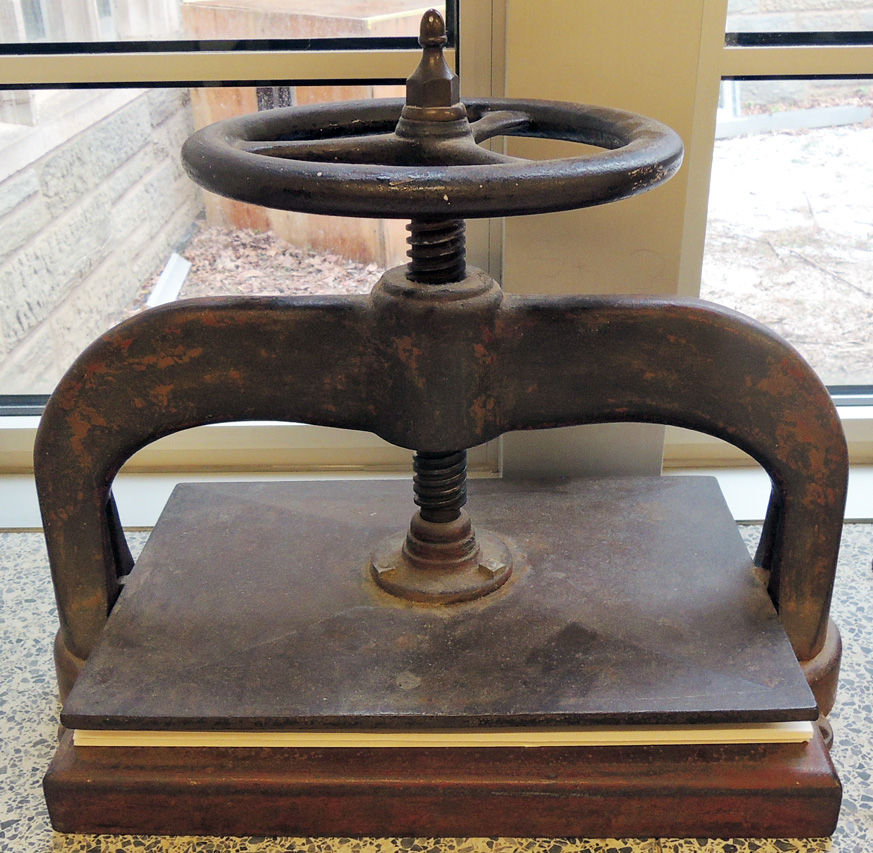 On a recent visit to our preservation lab, Mick LeTourneaux, Rare Books Conservator, pointed out the wide variety of nipping, standing, and other book presses they used. Although some are beautiful 19th-century originals, many others were purchased in the last twenty years specifically for our shop.

According to the Dictionary of Descriptive Terminology of Bookbinding and the Conservation of Books, the nipping press is “a small press consisting essentially of a fixed, horizontal iron base plate, and an upper, movable platen that is raised and lowered by means of a relatively long, vertical screw. The nipping press is used to apply quick and uniform pressure in a variety of bookbinding operations.”

“While the nipping press does not have the available daylight or the pressing power of the standing press, it is relatively easy to open and close which makes it very useful for a quick pressing operations. The true nipping press does not release its pressure until released by the turning of the screw; however, substitute ‘nipping presses,’ which are really ‘letter-presses’ or ‘copying presses,’ once used in business offices for ‘copying’ letters, are limited in their ability to apply pressure because they have a tendency to ease the pressure when the handle is released.” http://cool.conservation-us.org/don/dt/dt2329.html

Here are a few more, along with some of the standing presses in Princeton’s lab. 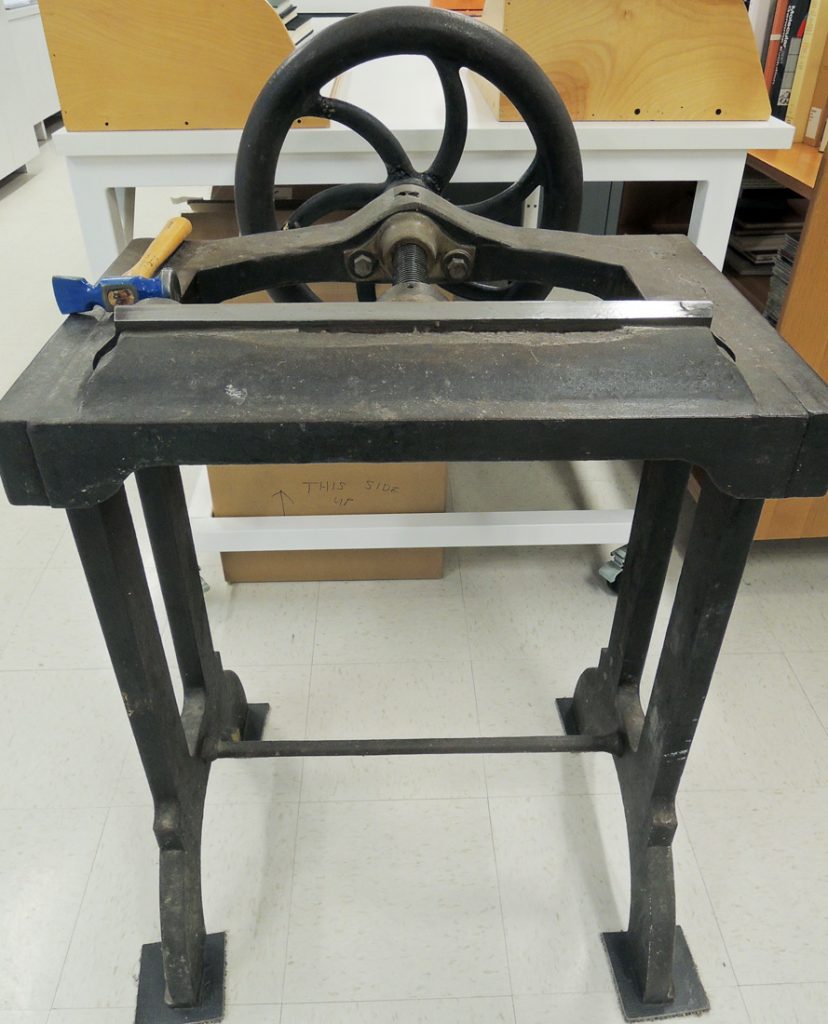 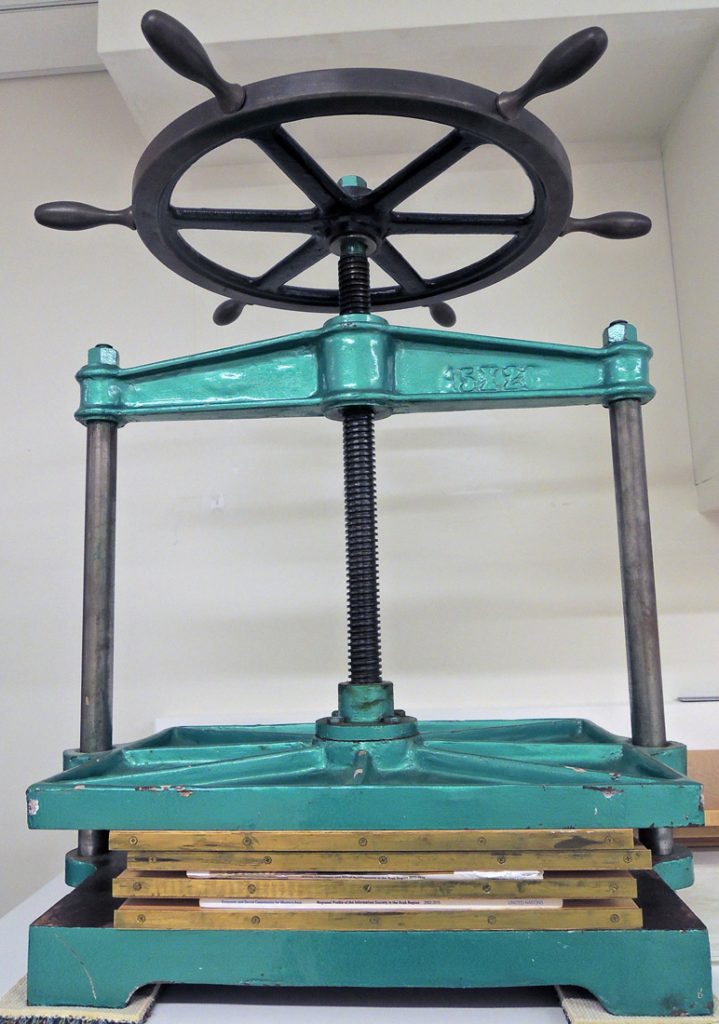 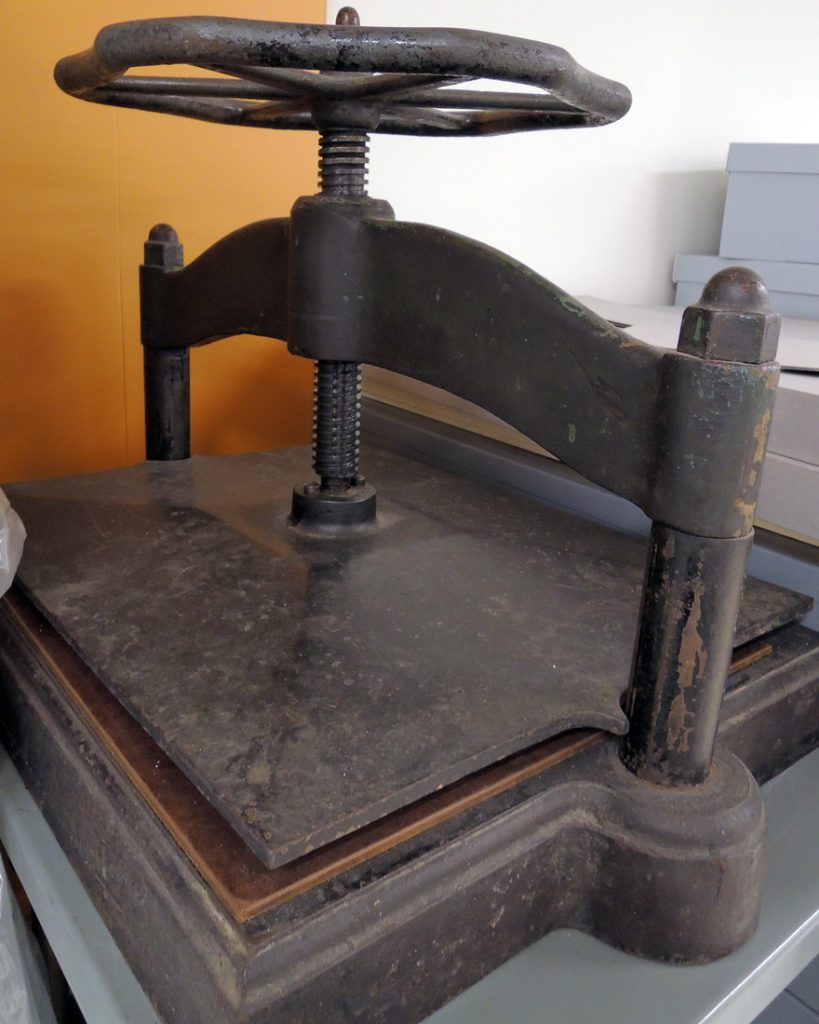 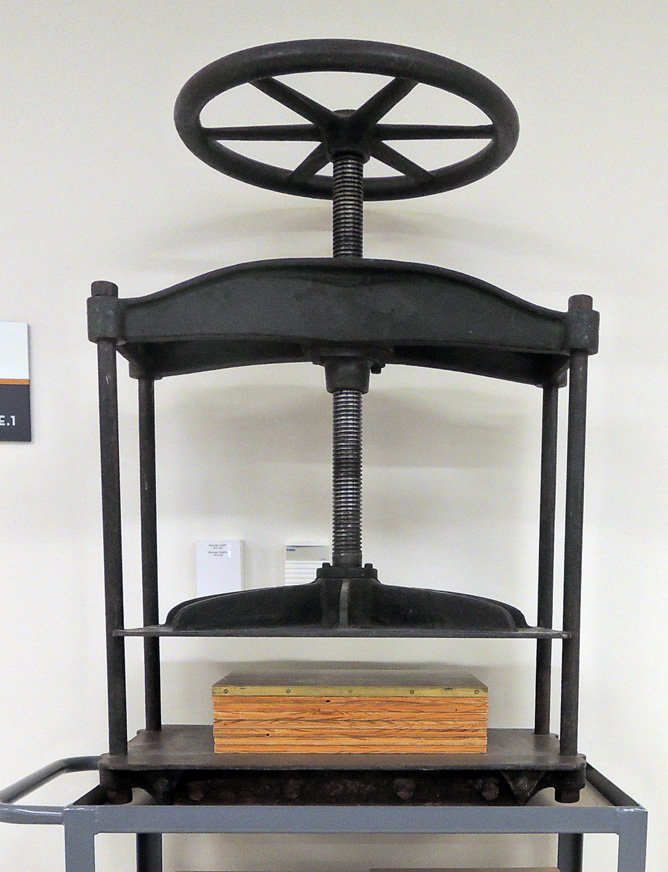 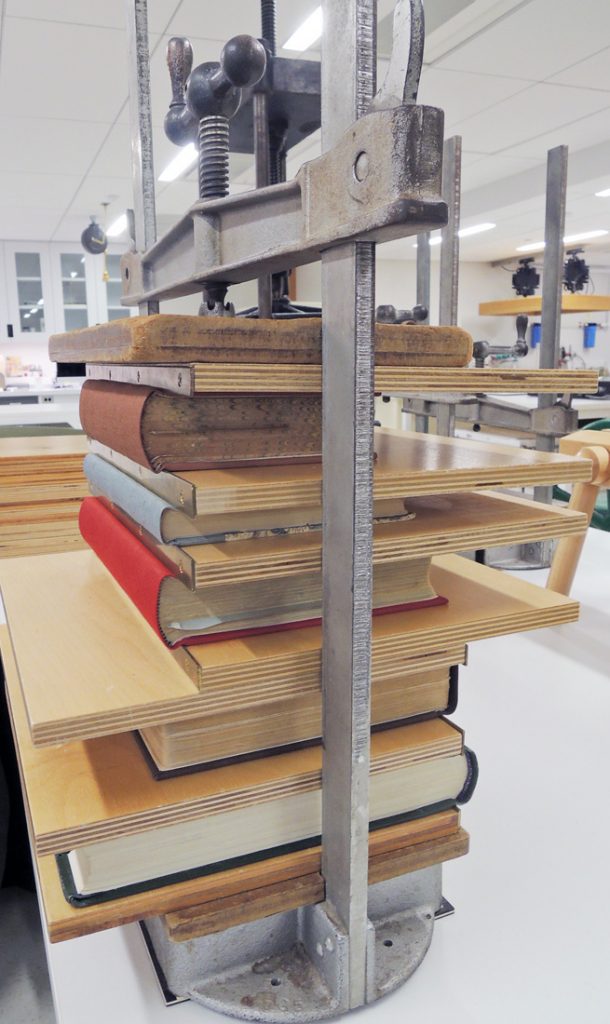 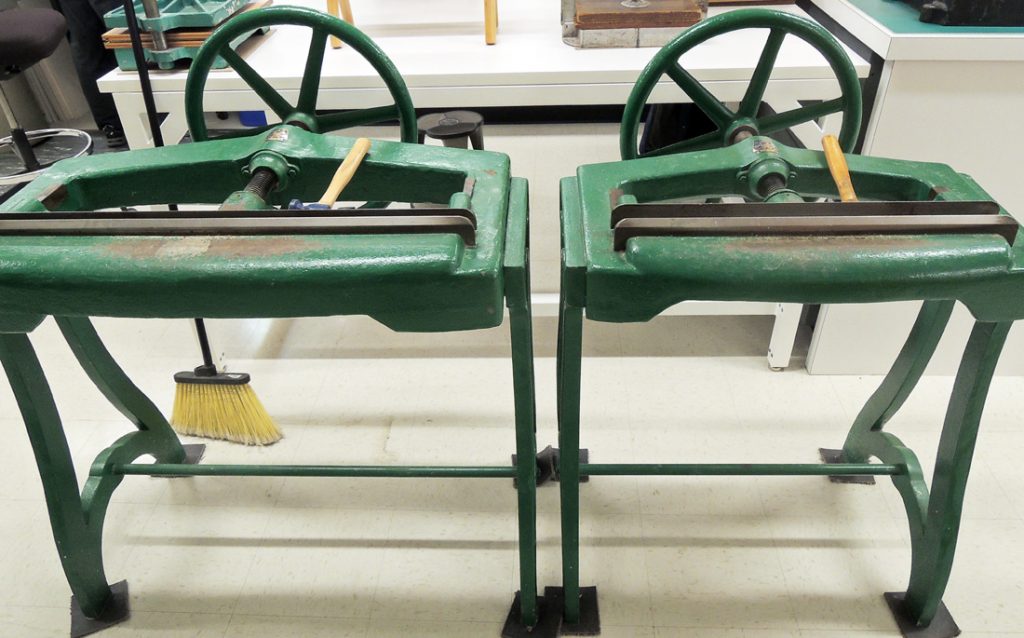 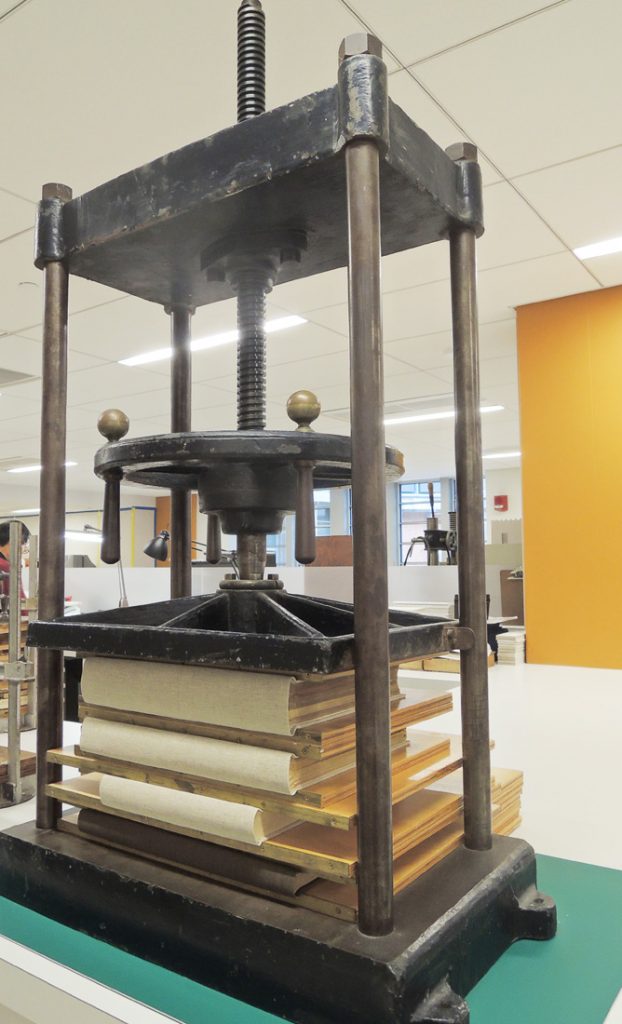 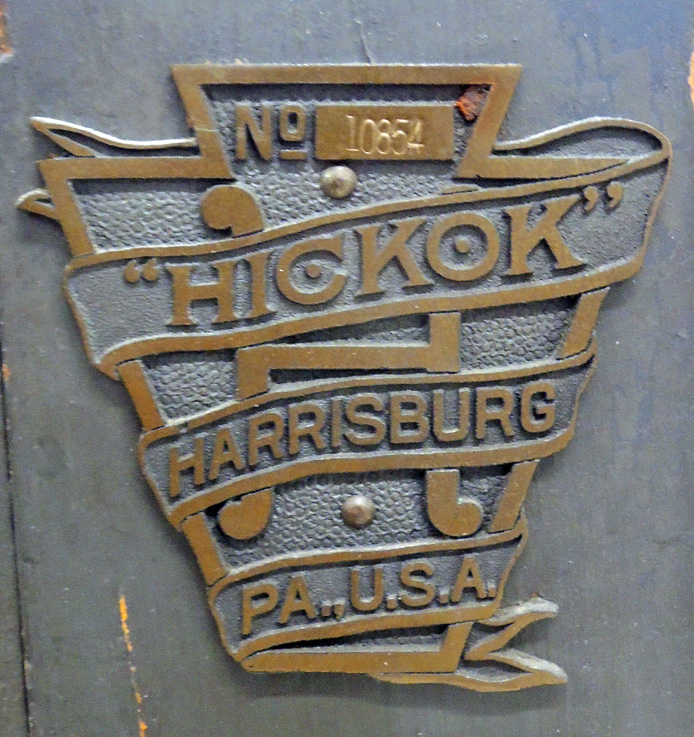 Several of our presses come from the W. O. Hickok Manufacturing Company, located in Harrisburg, Pennsylvania. It is one of the oldest remaining industrial plants in South Central Pennsylvania. http://www.hickokmfg.com/history.htm

“In 1844, William Orville Hickok established the Eagle Works and became a manufacturer of bookbinders’ specialties. His brilliant inventions would soon revolutionize the paper ruling industry. Sometime between 1844 and 1850, Hickok’s ideas began to click. He invented an “Improved Ruling Machine” and his Eagle Works plant grew quickly. By 1853, the Ruling Machines were in constant use in every state of the Union.”