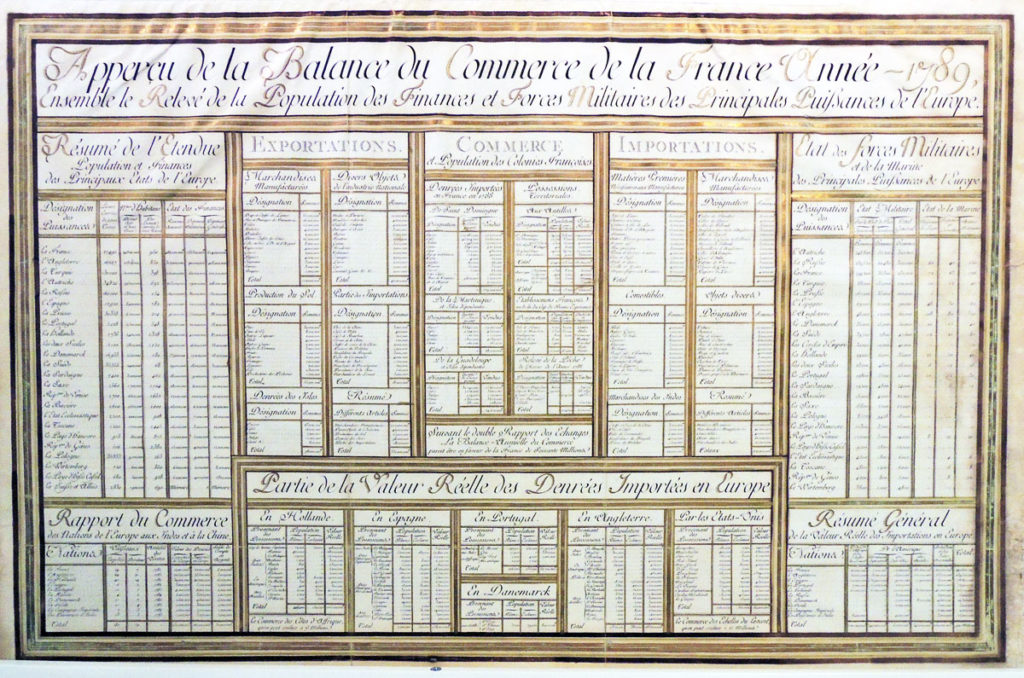 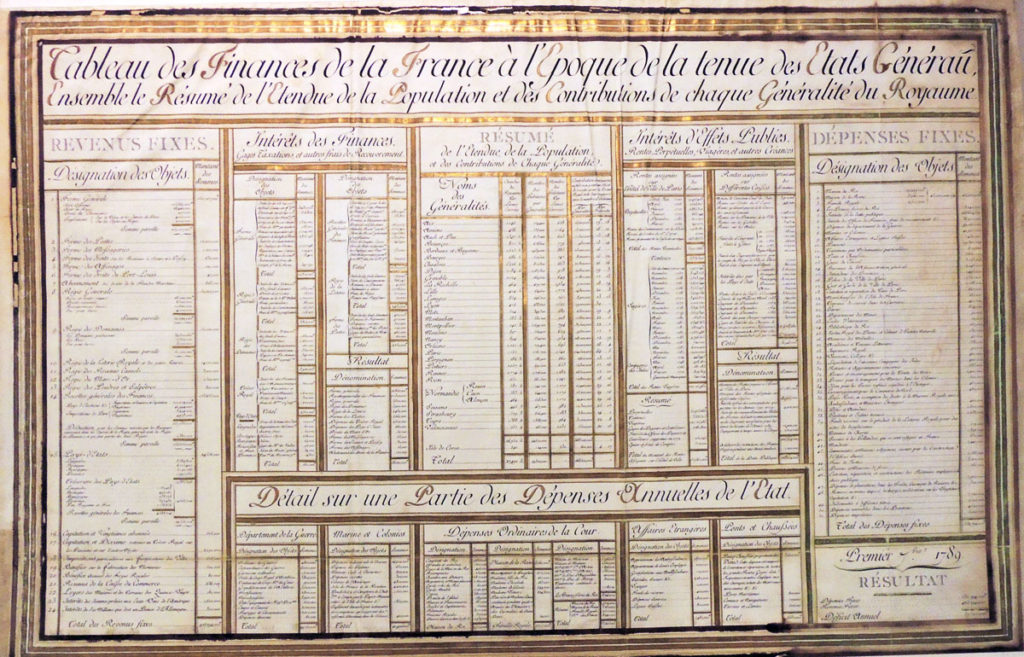 What was the state of France’s finances at the beginning of the French Revolution? What was the annual revenue for goods produced in France and sold internationally? How much was spent by the Royal family on their china, silverware, or clothing? How much was loaned to the United States to pay for their revolution?

1789 was a pivotal year in the history of France. The Graphic Arts Collection recently acquired two enormous broadsides itemizing the finances of the country that year. Detailed in gold with capitals rubricated in red and gold, the handwritten sheets are said to have been displayed publicly yet few copies survive (the only other recorded copies outside France are at Harvard). The sheets appear to be a pair, meant to be studied together:

Tableau des Finances de la France à l’Époque de la Tenue des États-Générau[x]: Ensemble, le Résumé de l’Étendue de la Population et des Contributions de chaque Généralité du Royaume = Table of the Finances of France at the Time of the Holding of the States-General: Together, a Summary of the Extent of the Population and the Contributions of Each Generality of the Kingdom.
and
Apperçu de la Balance du Commerce de la France Année – 1789: Ensemble le Relevé de la Population des Finances et Forces Militaires des Principales Puissances de l’Europe = Overview of the Balance of Trade of France for the Year 1789: Together the Survey of the Population of Finance and Military Forces of the Main Powers of Europe.

Itemized lists detail the fixed income and expenses for the year, with the resulting deficit in the bottom corner. There is a list of goods imported from Holland, Spain, Portugal, Denmark, England and the United States, as well as trade with India and China. Here are a few details: 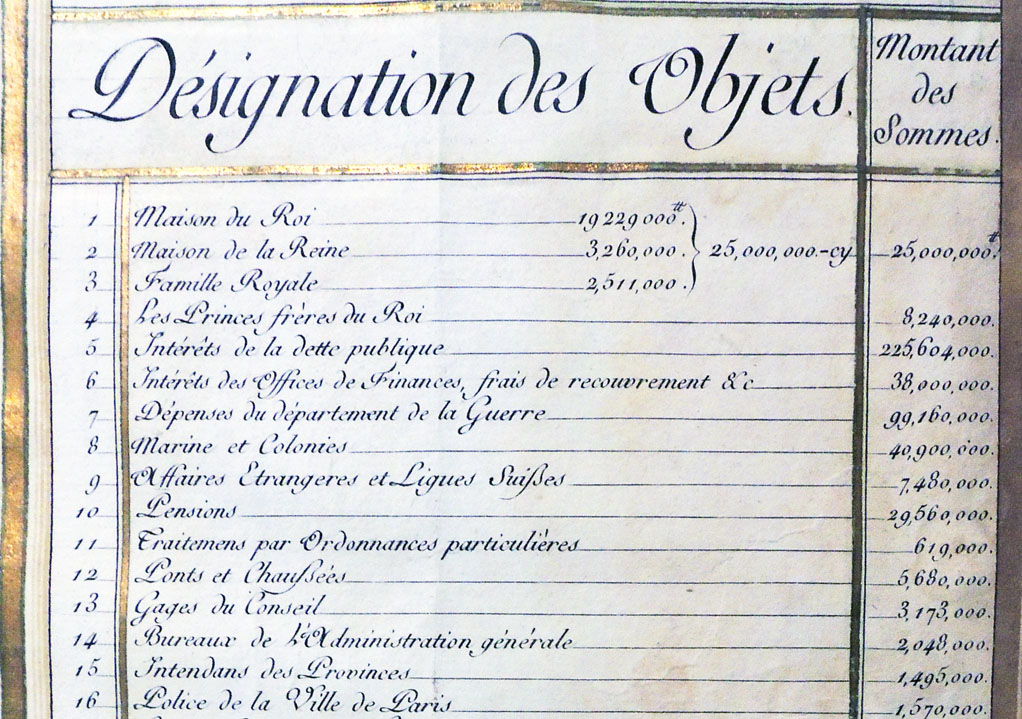 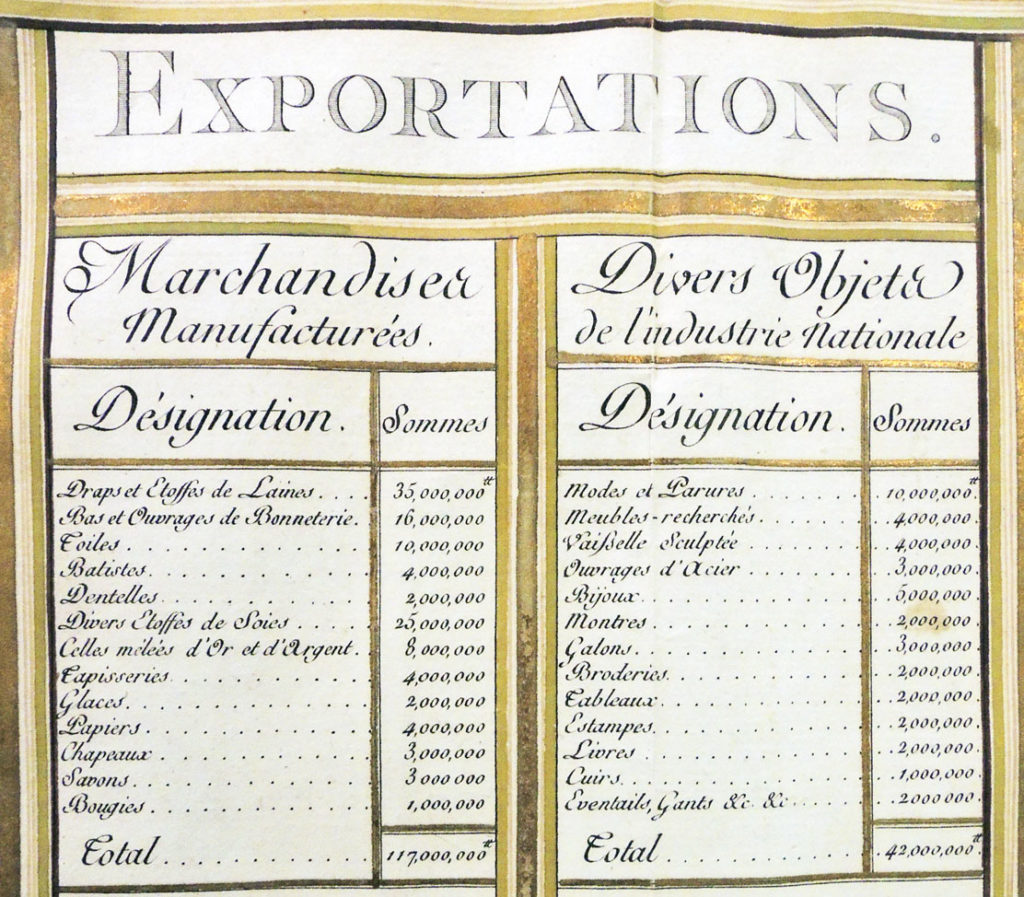 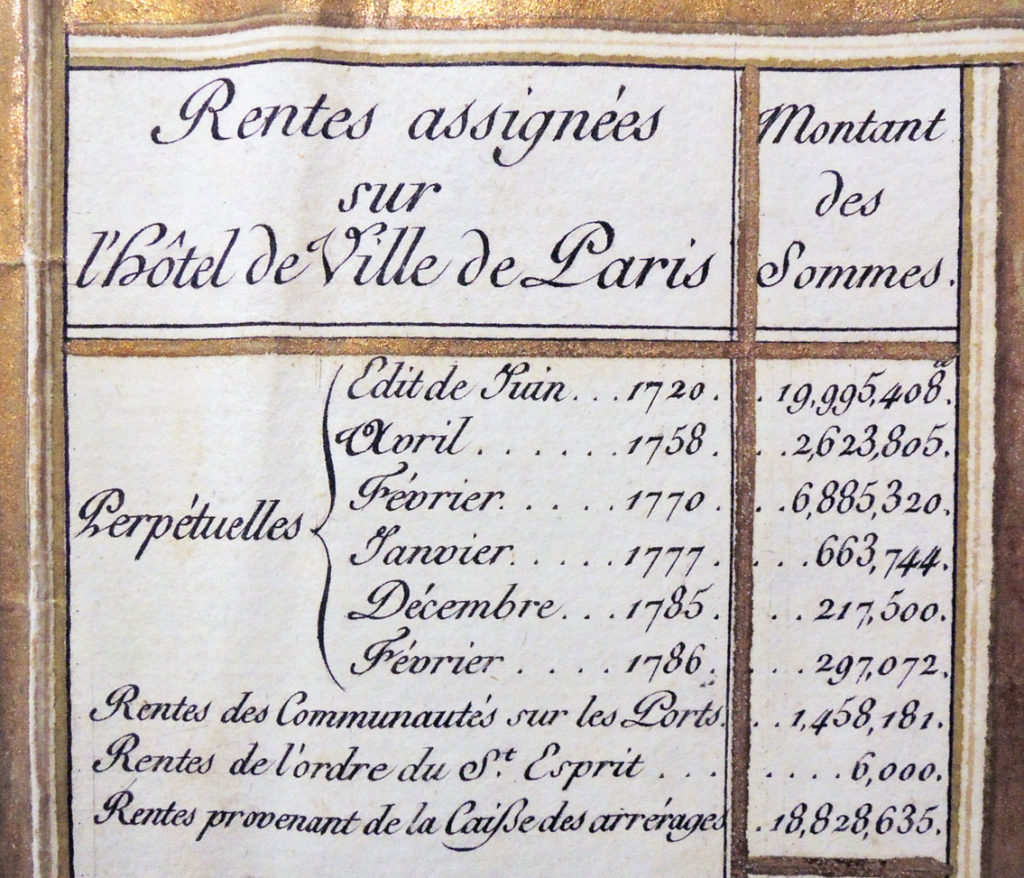 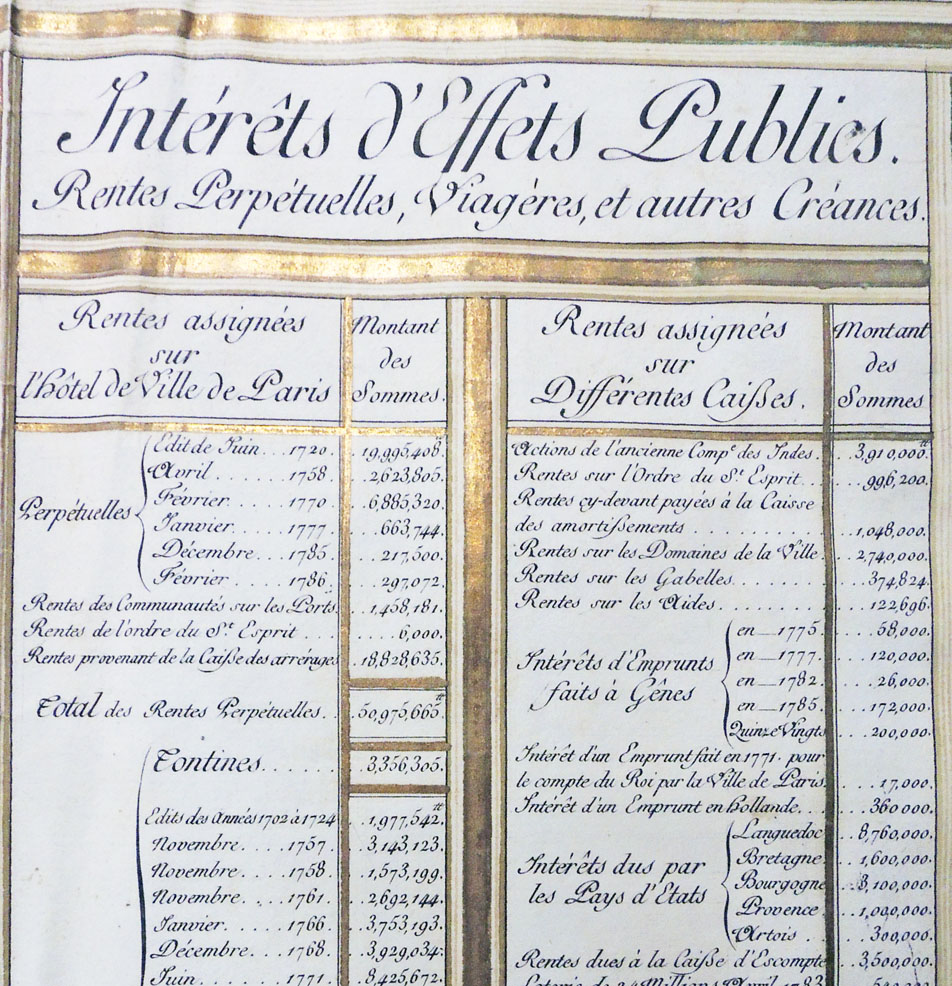