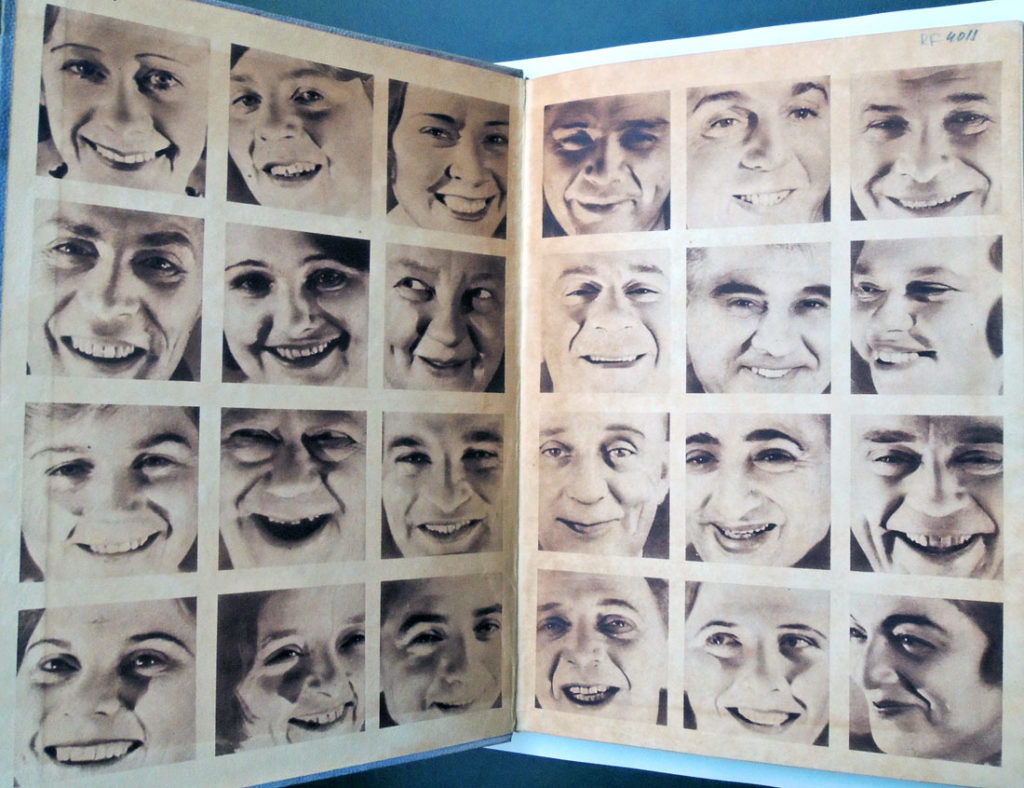 Endpapers front and back 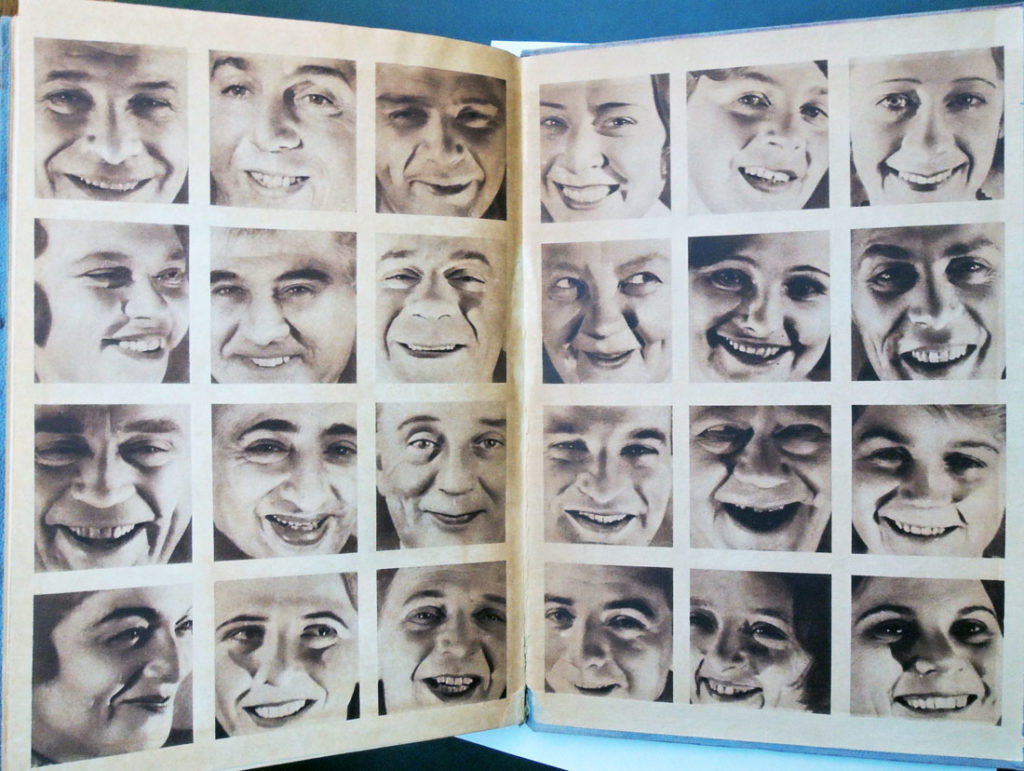 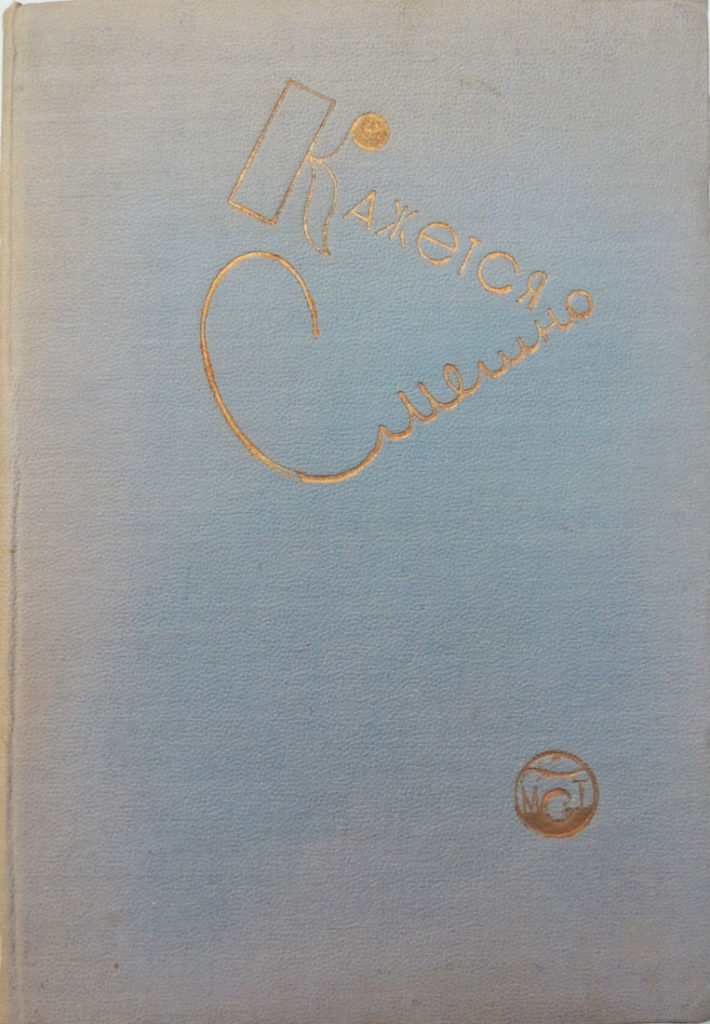 Several volumes on Russian film and theater history recently entered the Graphic Arts Collection, including the first and only edition of this photoessay on the Moscow Satire Theatre. Although 5000 copies are said to be published, the volume is rare. The photomontages, including wonderful endpapers, are by Chekryzov; the lettering on the title and the binding by L. Brodaty; and the graphics and illustrations by Brodaty, Ganf, Eliseev, Kukryniksy and Williams. 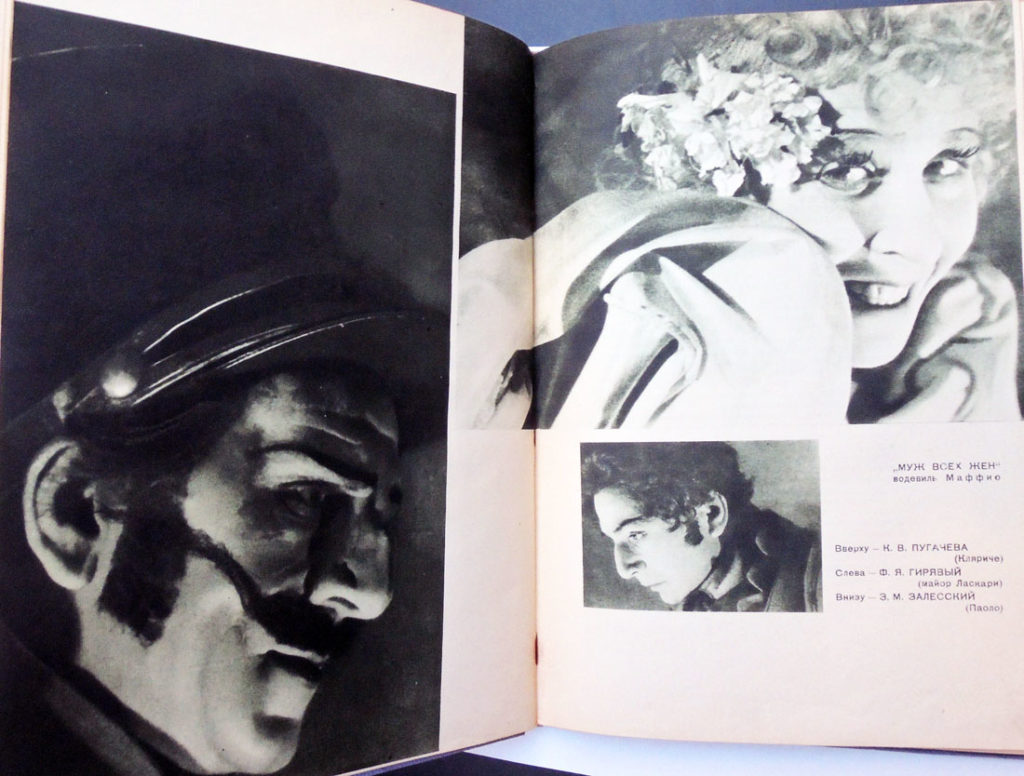 “On Triumphalnaya Square, between the Tchaikovsky Concert Hall and the “Aquarium” garden the Satire Theater is located. The building, which is over a hundred years old, got a modern look in 1960 upon the project of the architect V. Stepanov. The blind screen facade on the right was decorated with an illuminated square panel with the inscription “The Satire Theater”, on the left side of the façade planted theatrical masks were placed. The huge dome of the building testifies its age – it recalls the former famous circus of brothers Nikitin, built in 1910s by architect B. Nilus together with A. Gurzhienko.

Circus was located in the most popular amusement garden of Moscow – “Aquarium”, which thundered in different years throughout the capital for its theatrical programs. “Aquarium” was attended by thousands of Muscovites to watch the performances of the big-city and touring troupes of actors, acrobats, jugglers, trained animals, to have a dinner in the restaurant with live music in the shade of old trees and gurgling fountains.

Guests could also rise over Moscow on an air-balloon, make a keepsake photograph and admire the fireworks in the evening. “Aquarium” had a reputation of a “theatrical oasis”. The garden became famous for operettas of M. Lentovsky theater, ballet by Lydia Geiten, Frenchman Charles Aumont enterprise (he was the one who built the “Buff” and “Olympia” theaters), opera of Zimin theater and gypsy romances of the Blumenthal-Tamarin theatre.

In 1924 brothers Nikitin circus arena has been adapted for the first Soviet music hall, and in 1930 the building housed the Operetta Theater. In 1965 under the old dome a new hall was opened – the Satire Theater at last got a permanent residence after long process of moves.”

For more history on this Moscow institution, which is still in operation, see: https://um.mos.ru/en/houses/theatre-of-satire/ 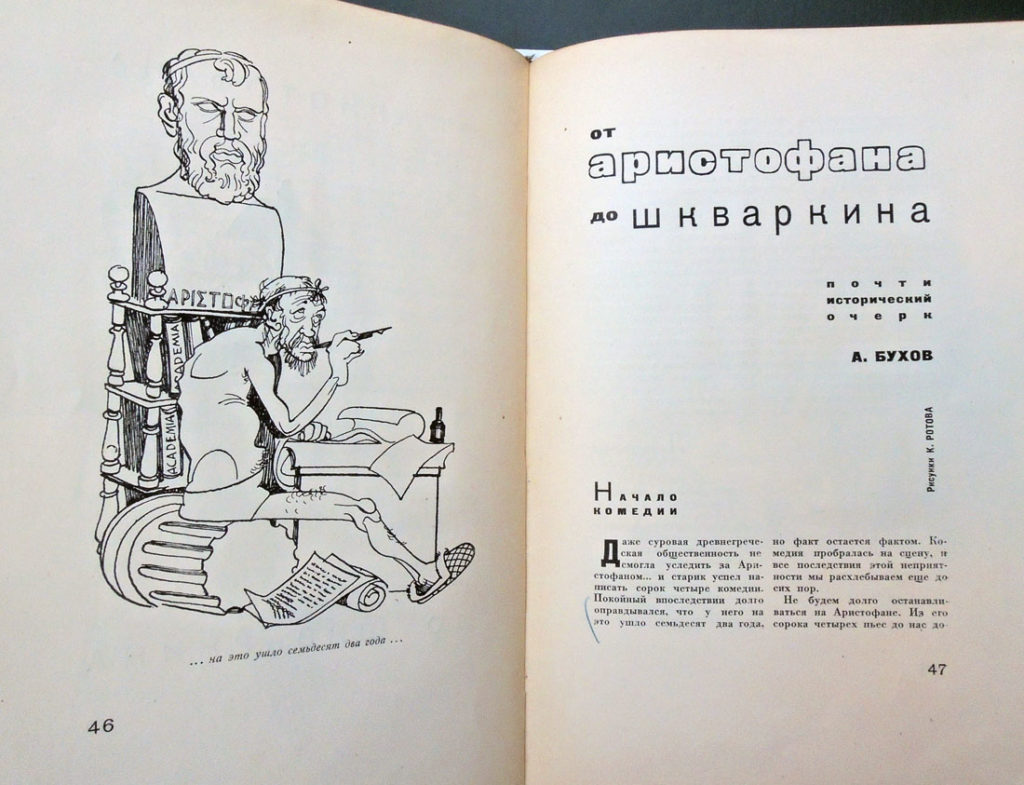 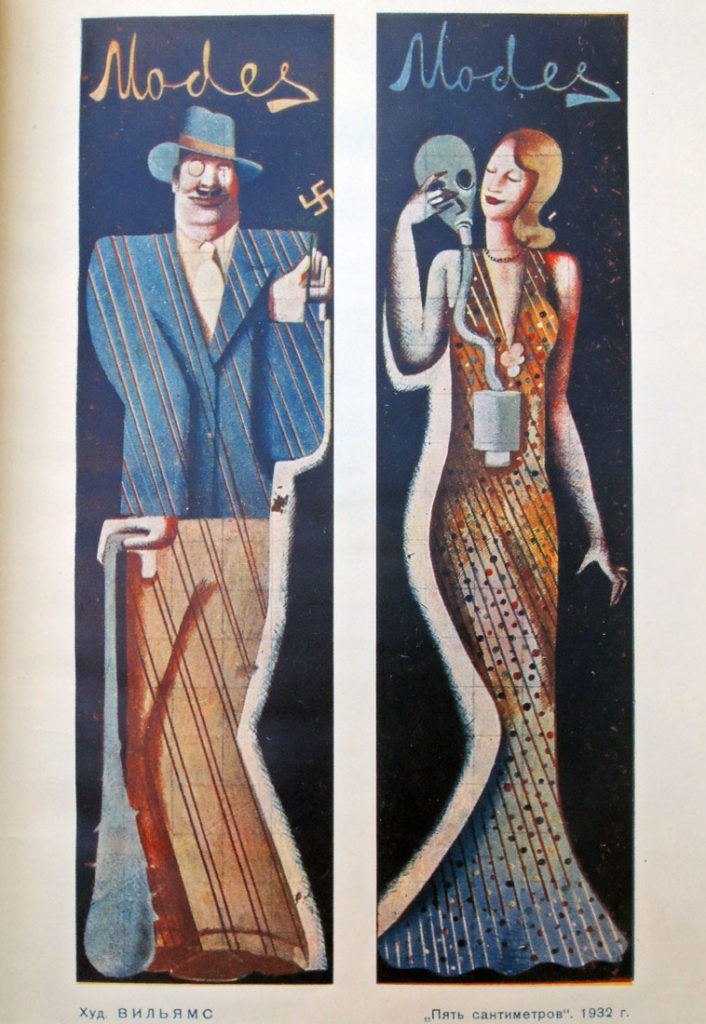