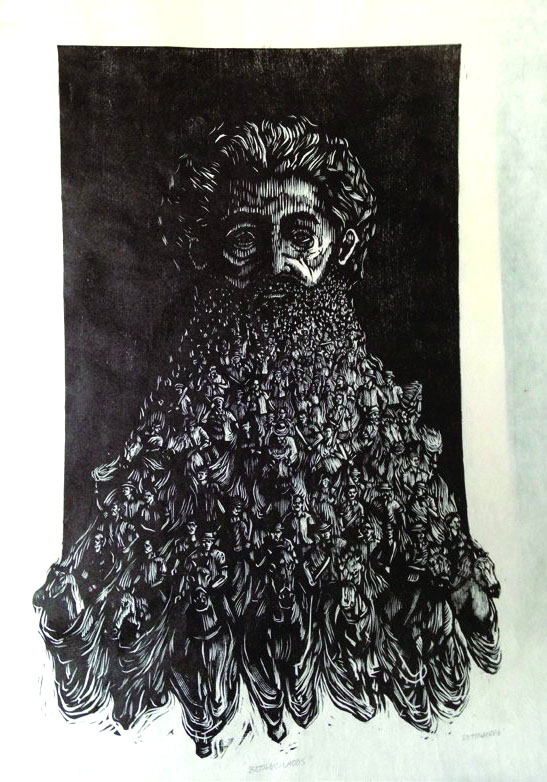 Inspired by the emblematic figure of Ramón Emeterio Betances (1827-1898), Puerto Rican radical abolitionist and revolutionary. Betances lived in exile in France most of his life and was one of the major leaders of the Grito de Lares (1868), an armed insurrection against the Spanish colonial regime.

This print is one of the highlights of the exhibition Puerto Rican Graphic Arts on view in Aaron Burr Hall, Princeton University, in connection with the 50th anniversary of the Program in Latin American Studies. For more images and additional events, see: https://plas.princeton.edu/news-events/news/puerto-rican-graphic-arts 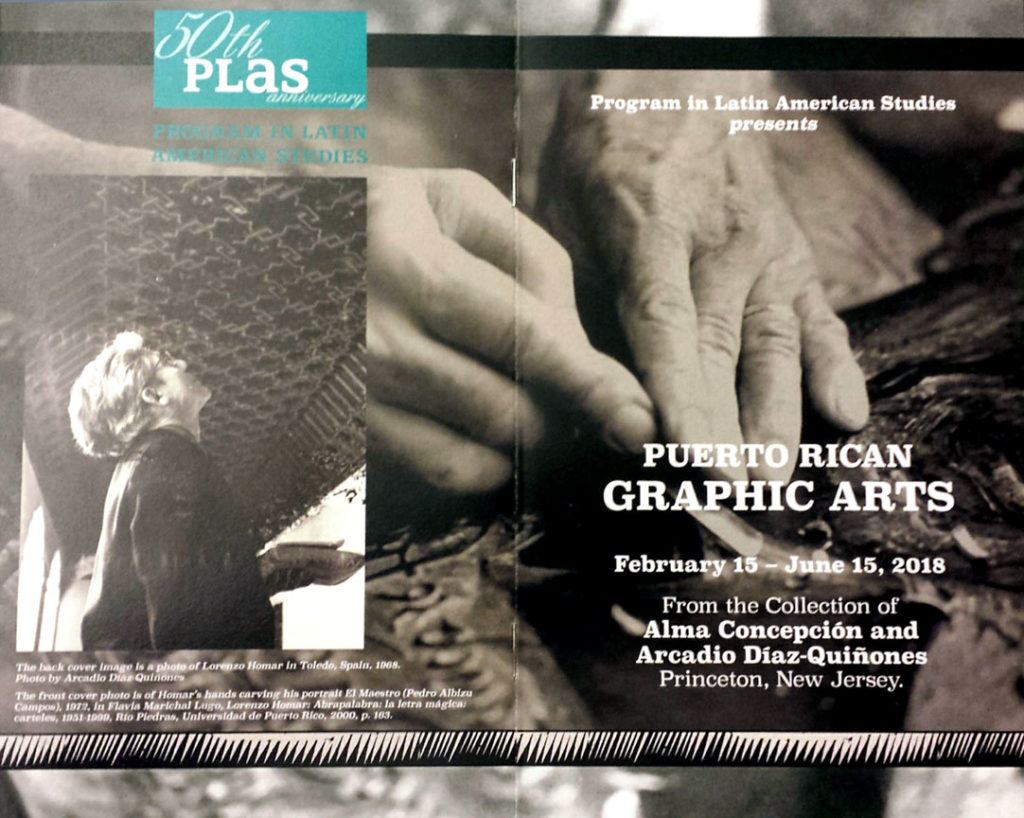 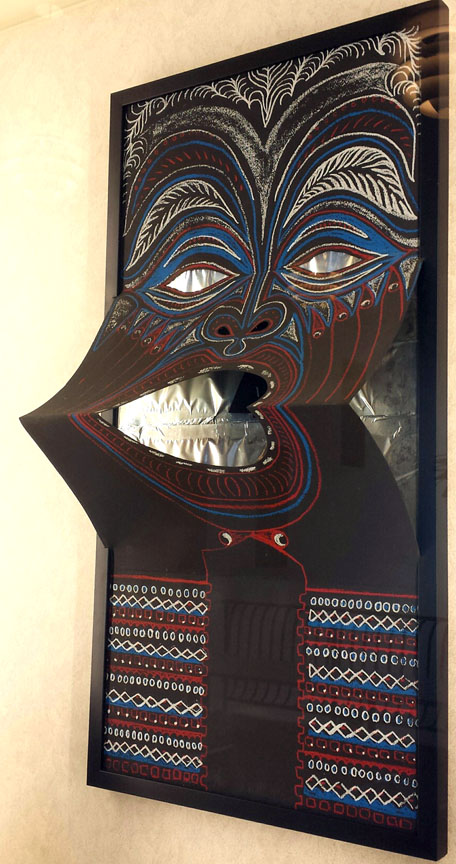 From the portfolio Loas, 1979, based on a text on Afro-Caribbean deities and rituals by Antonio T. Díaz-Royo. This text inspired Atibón Ogú, Erzulí, a choreodrama by Alma Concepción, for Taller de Histriones, a Puerto Rican mime company directed by Gilda Navarra. Set designs, costumes, and body art by Martorell. Music by Emmanuel “Sunshine” Logroño. 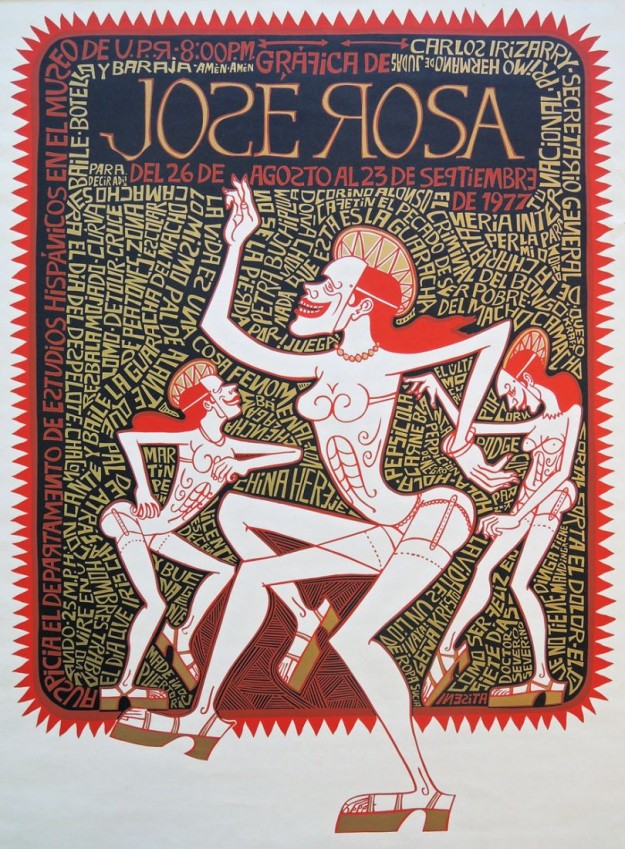 Born in 1939, Jose Rosa studied at the Taller del Instituto de Cultura Puertorriqueño (Graphic Arts Workshop of the Institute of Puerto Rican Culture) run by Lorenzo Homar (1913-2004) and later succeeded Homar as the workshop’s director. As this poster demonstrates, he was a master of screen printing. 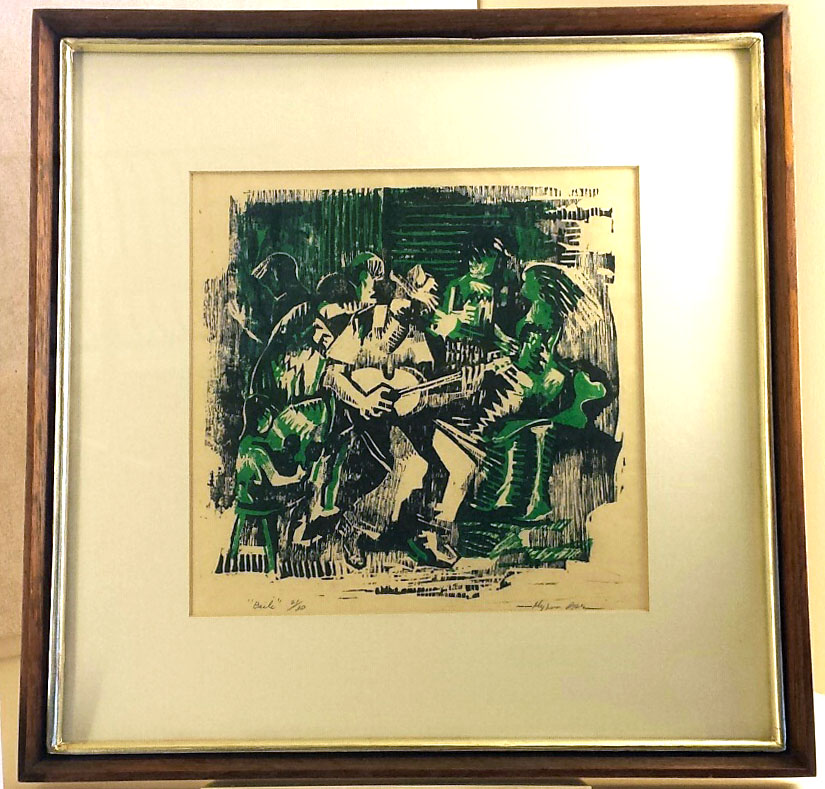