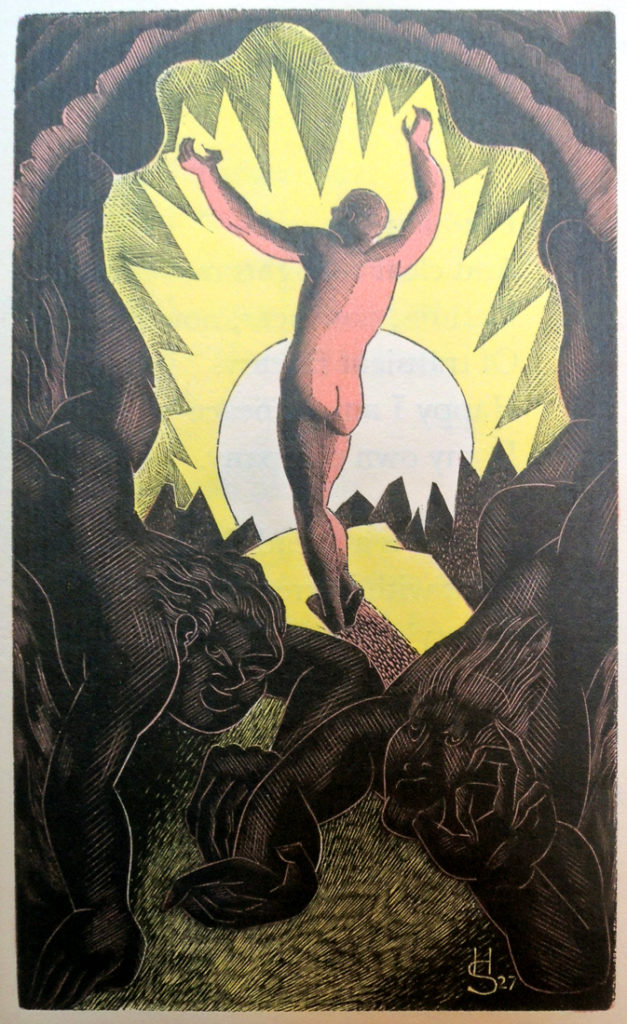 In 1927, the Curwen Press, Plaistow, partnered with Faber & Gwyer in London to publish a series called The Ariel Poems. Most are four pages with a previously unpublished poem and new printed image from a contemporary artist. No author was involved in the selection of the art and the final booklet (or keepsake) sold for one shilling. 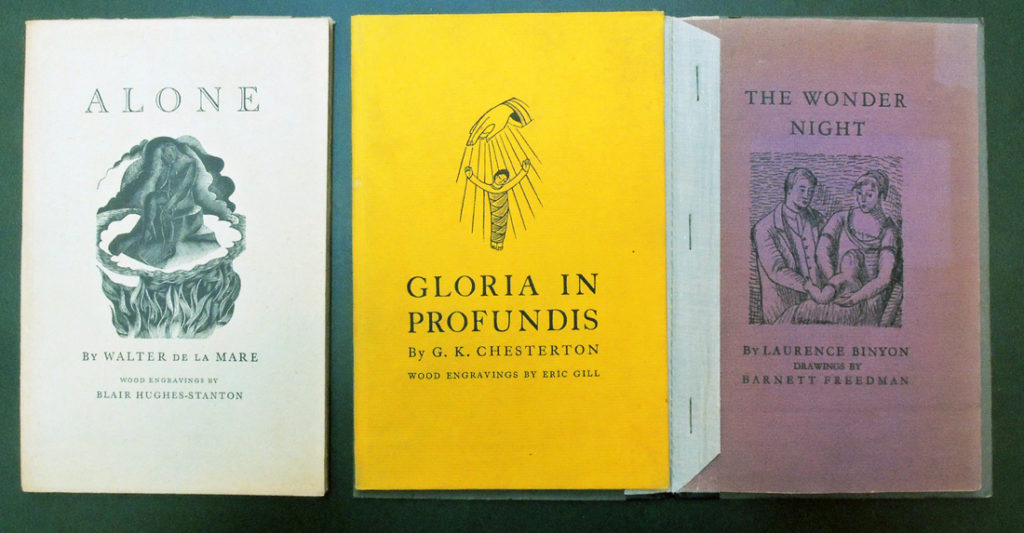 “In his attempt to persuade eminent poets to contribute an Ariel poem, Richard de la Mare was not shy at telling poets that his father, Walter, had agreed to participate. In any case, he had come to know the older poets concerned through his father: in the displayed draft of a letter to Sir Henry Newbolt, for example, he writes that ‘Daddy has promised to let me have a new poem and so has T. S. Eliot’. In 1927, moreover, several of the writers when replying make polite enquiries about how his father was recovering from a recent illness. Rudyard Kipling was not able to help, but ‘A. E’ and W. B. Yeats were, and many other important literary figures came up with short poems for the sequence.”– https://www.faber.co.uk/blog/the-ariel-poems-numbers-1-8/ 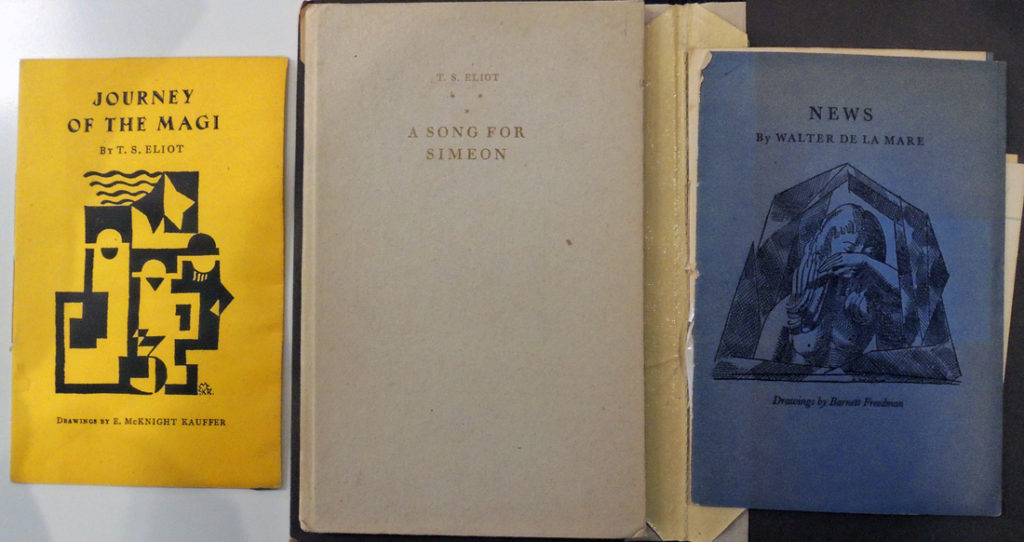 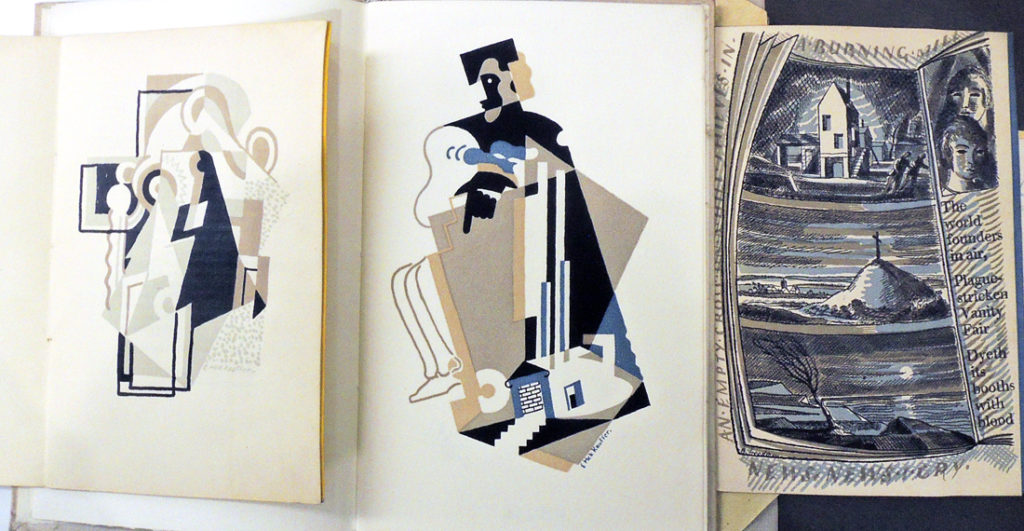 “Artists enjoyed the opportunity to work for the Curwen Press, not only for fees paid but because of the care taken reproducing their work. This was particularly true of illustrations reproduced by the pochoir (stencil) process, set up by Harold Curwen in 1925 and continued until 1932. The process was exploited with great skill by E. McKnight Kauffer, but even he acknowledged how much his book illustrations reproduced by pochoir owed their quality to Harold Curwen’s skill in running a department for which he trained the staff so well.” —http://whittingtonpressshop.com/the-curwen-press-collection-in-cambridge-university-library/

Between 1927 and 1931 Faber published thirty-eight poems in the Ariel series and then, in the early 1950s, after a gap of twenty years, it was decided to revive the series. Princeton University Library has a number of these, although not a complete set, spread out between a number of collections. 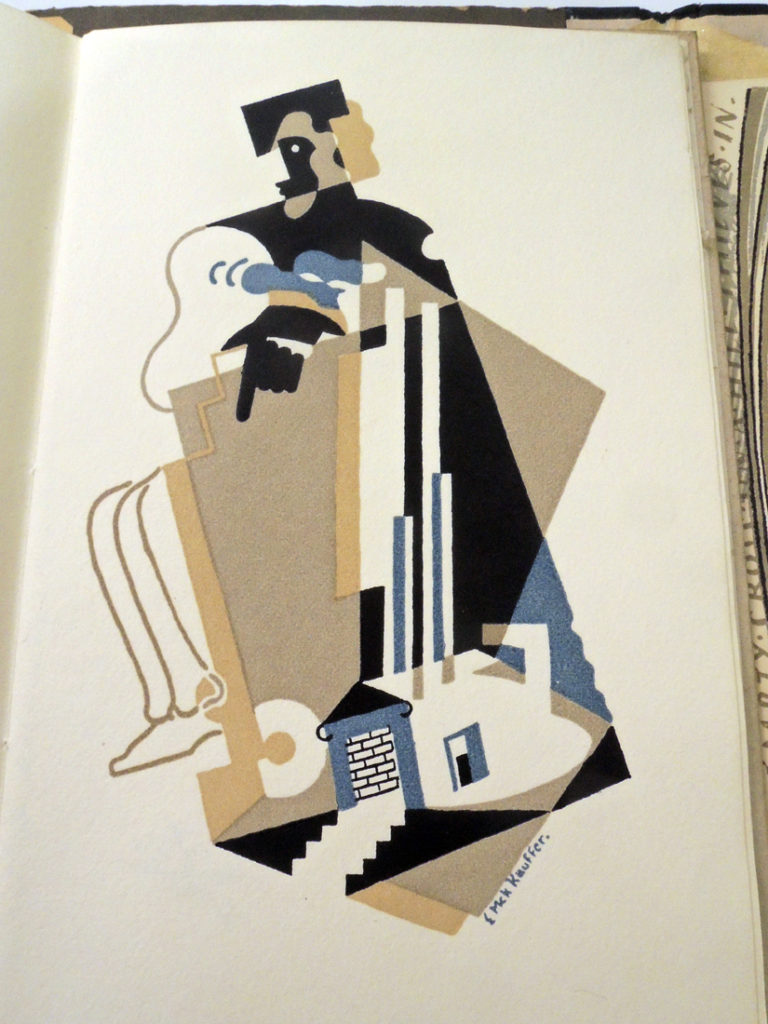