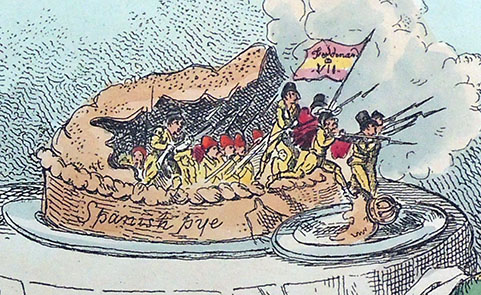 Asked yesterday to find the satirical print with the pudding led to a search. Here are some of the prints that were found. 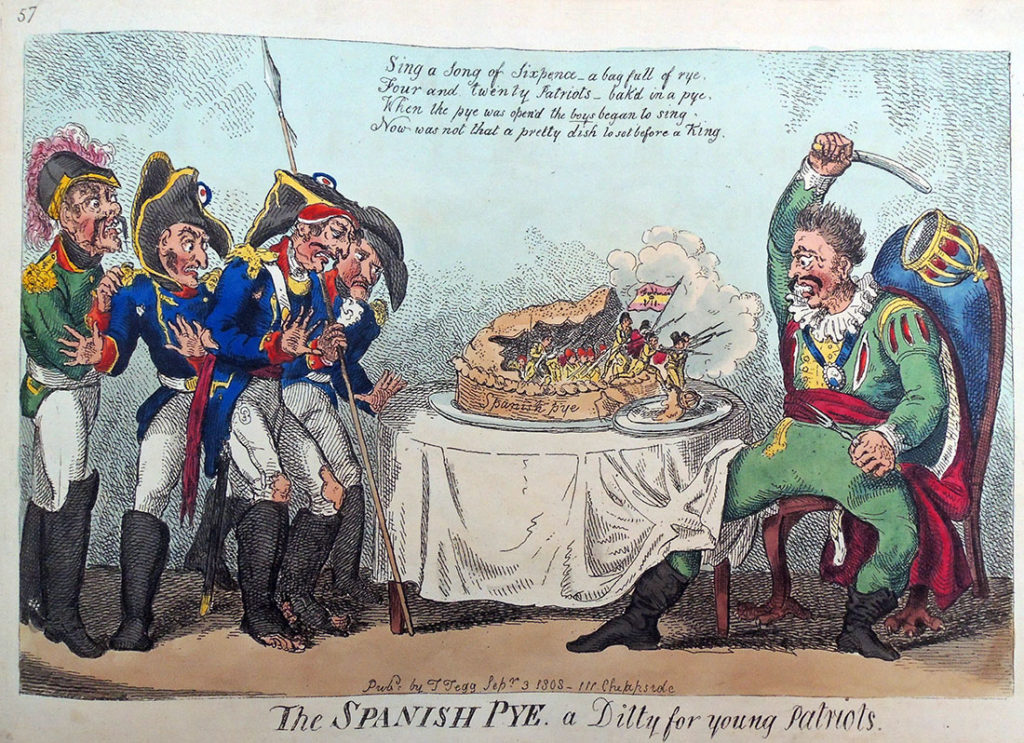 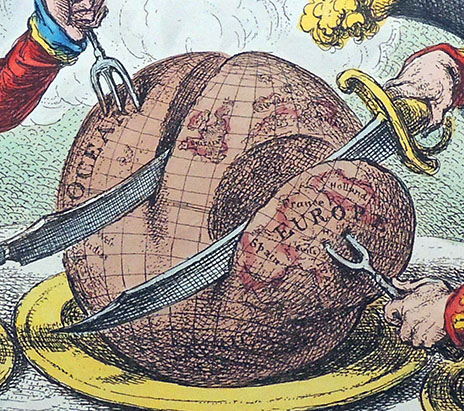 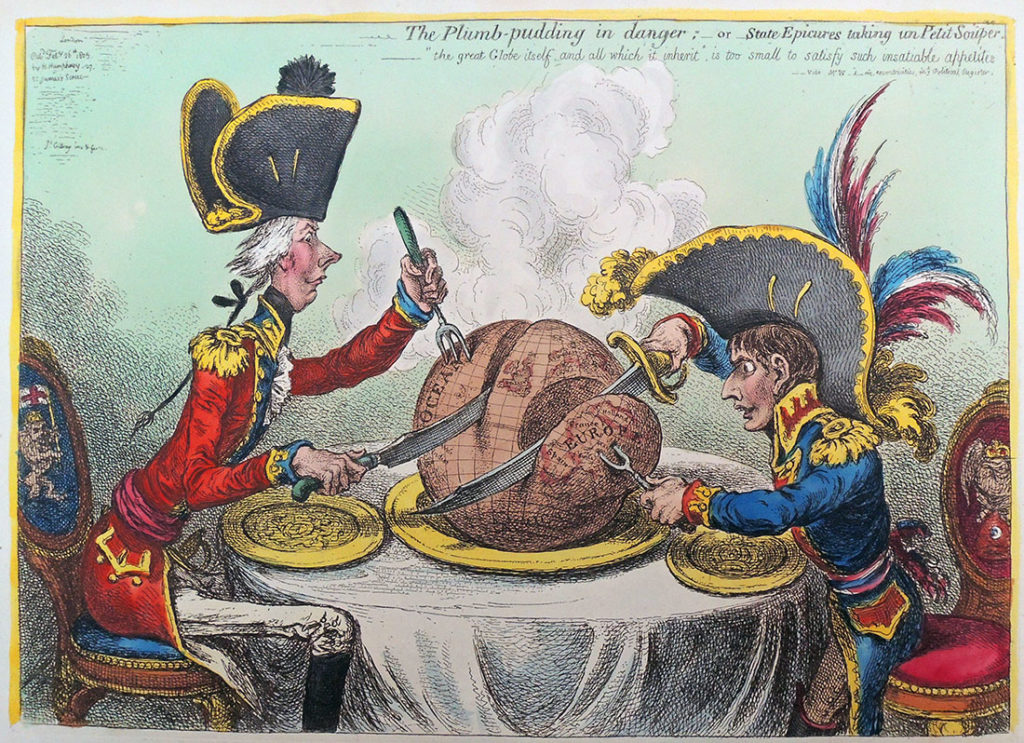 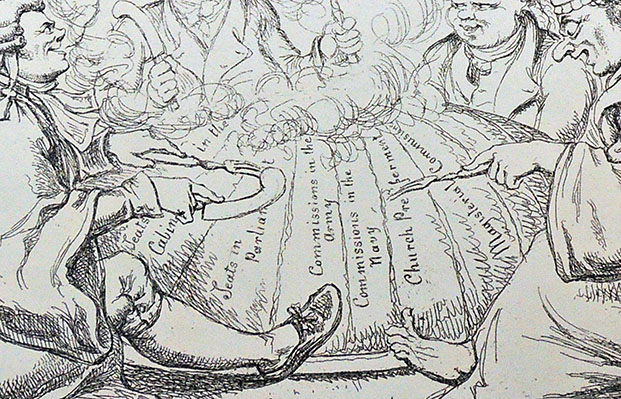 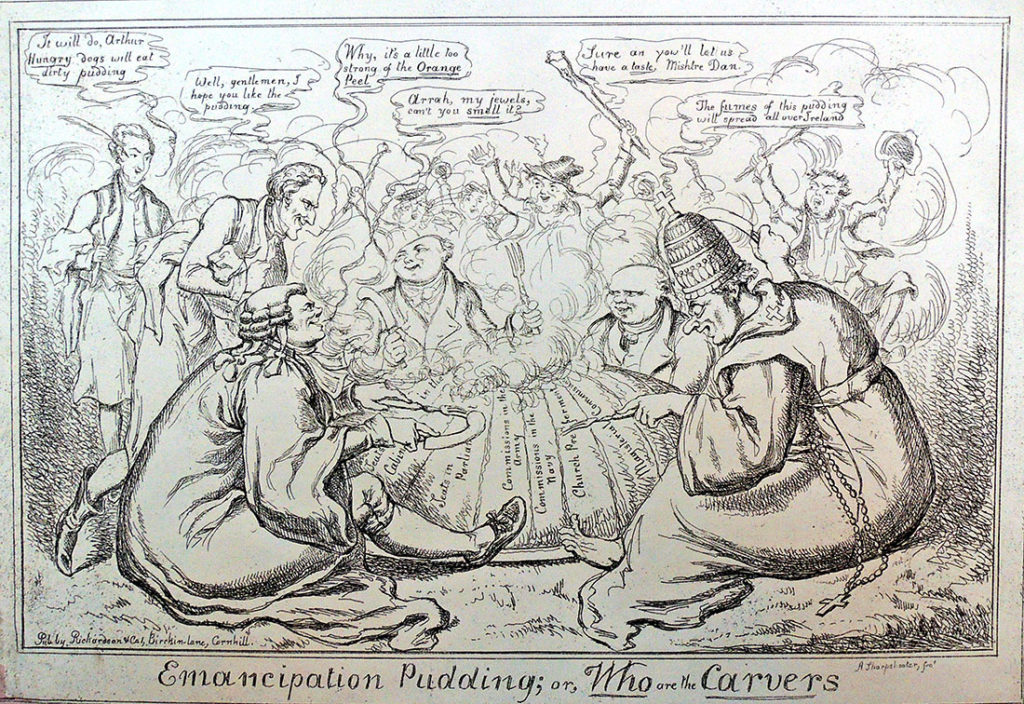 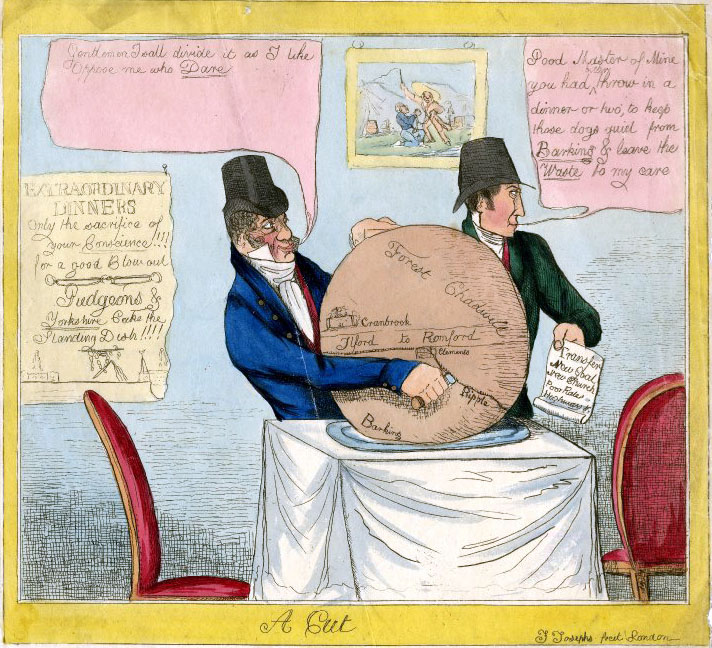 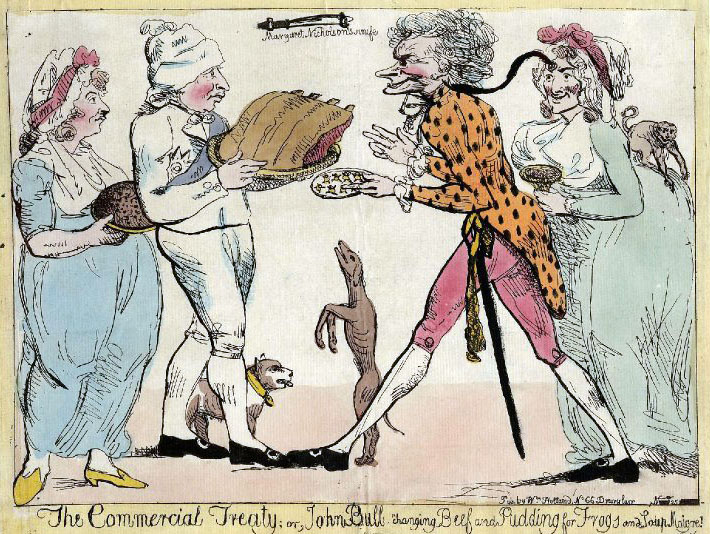 George III, dressed as a cook but wearing a ribbon and star, advances from the left with a large dish of ribs of beef. He is followed by (presumably) Queen Charlotte as a cook-maid carrying a pudding. They meet a grotesquely caricatured Frenchman and Frenchwoman, probably intended for Louis XVI and Marie-Antoinette. The man strides forward holding out a dish of frogs; he is foppishly dressed with a long queue and sword; the woman wears a cap but is dressed in the fashion with very projecting bust and ‘derrière’; on the latter at her back is seated a monkey. She holds a small dish or cup. Beside George III is a stolid English dog; a lean French greyhound stands on his hind legs begging for English beef. In the centre, above and between the two men, is a knife inscribed ‘Margaret Nicholson’s Knife’–British Museum 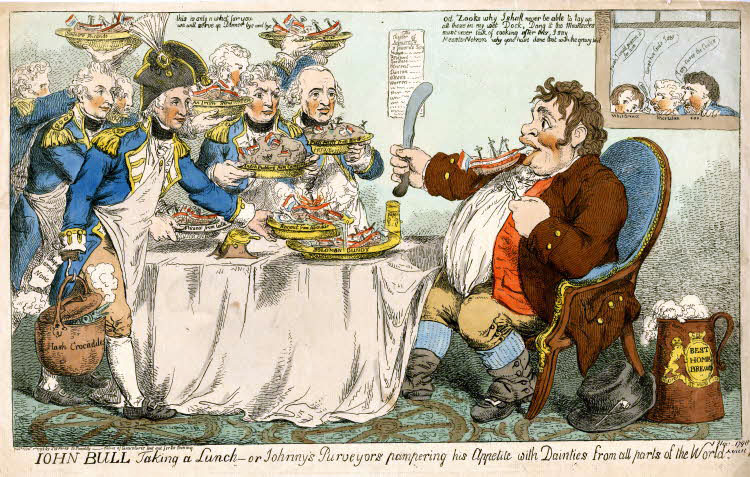 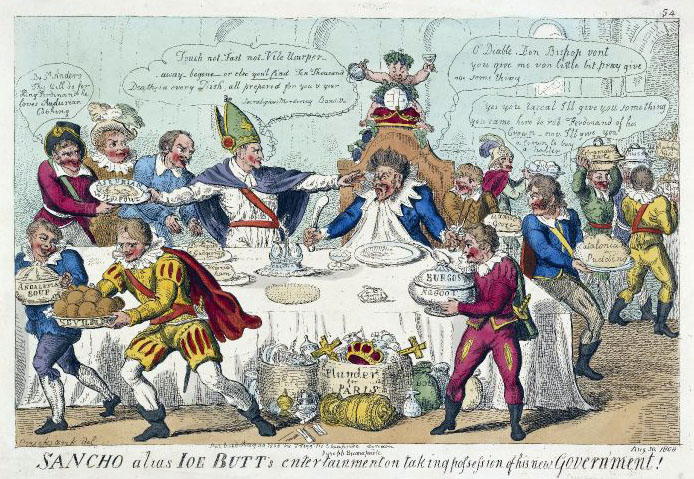