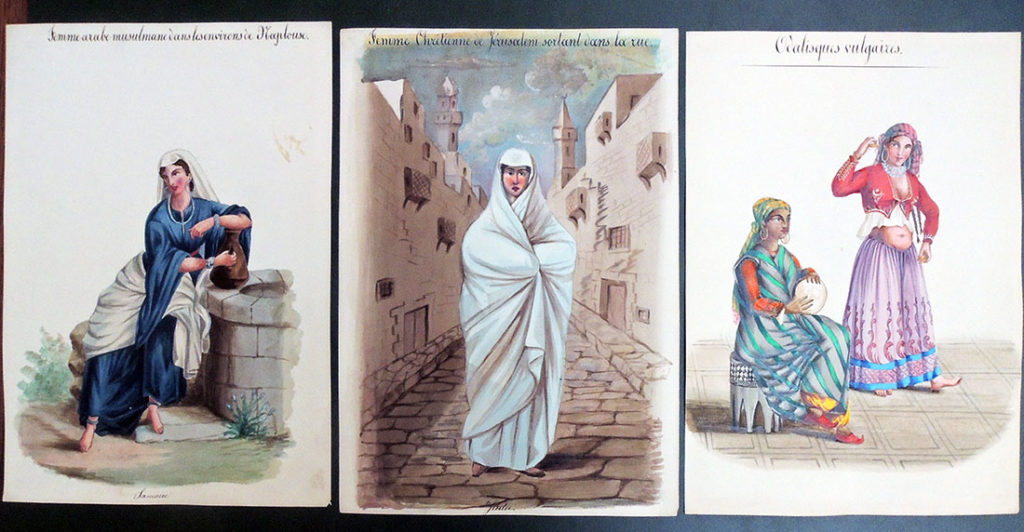 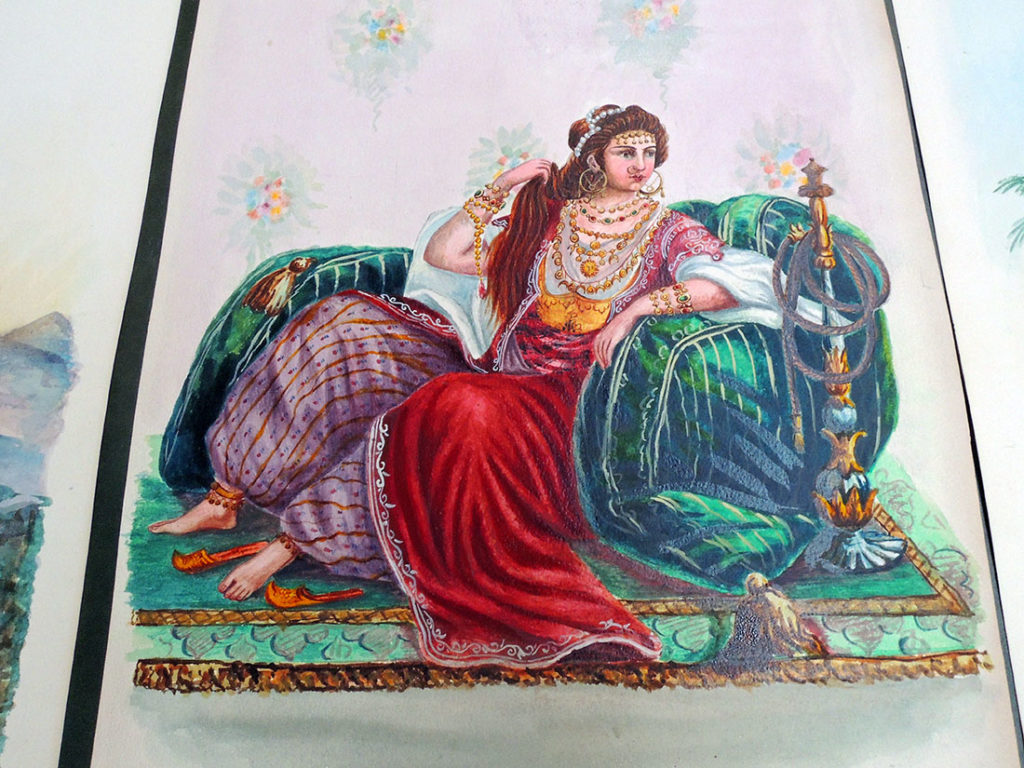 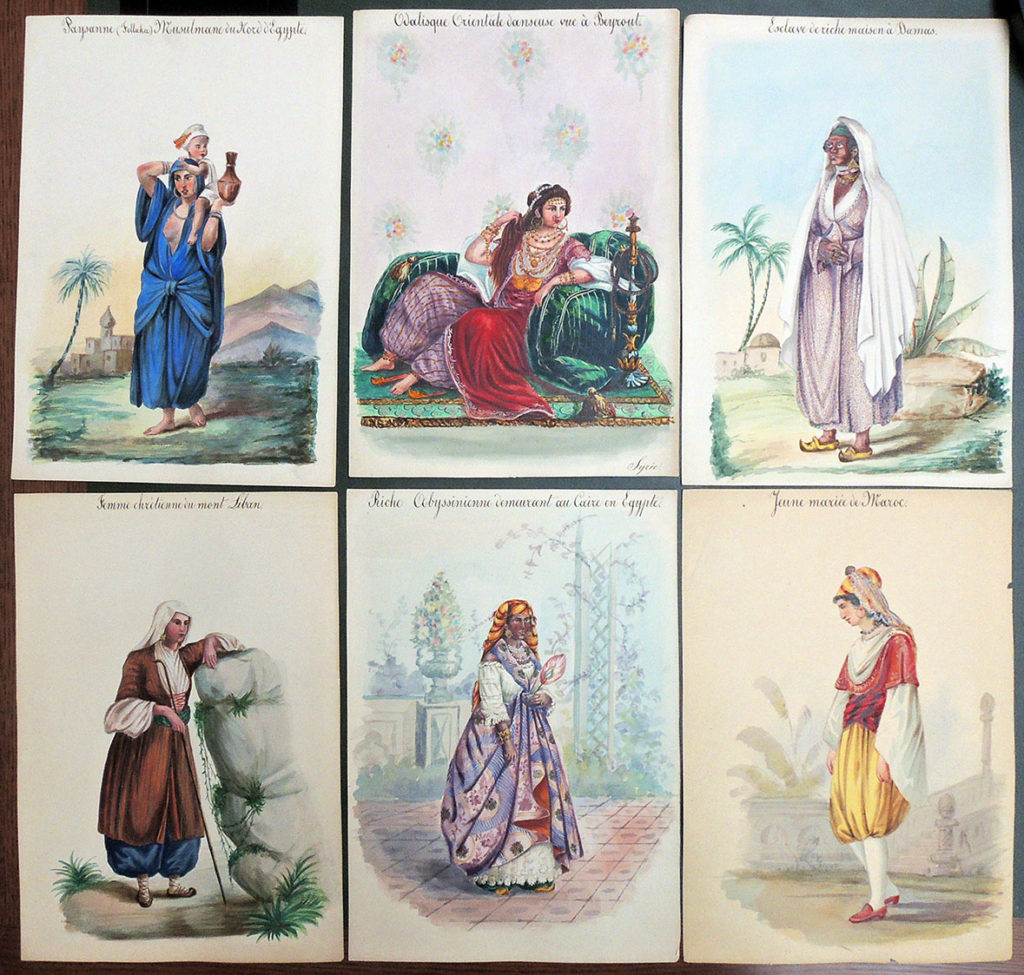 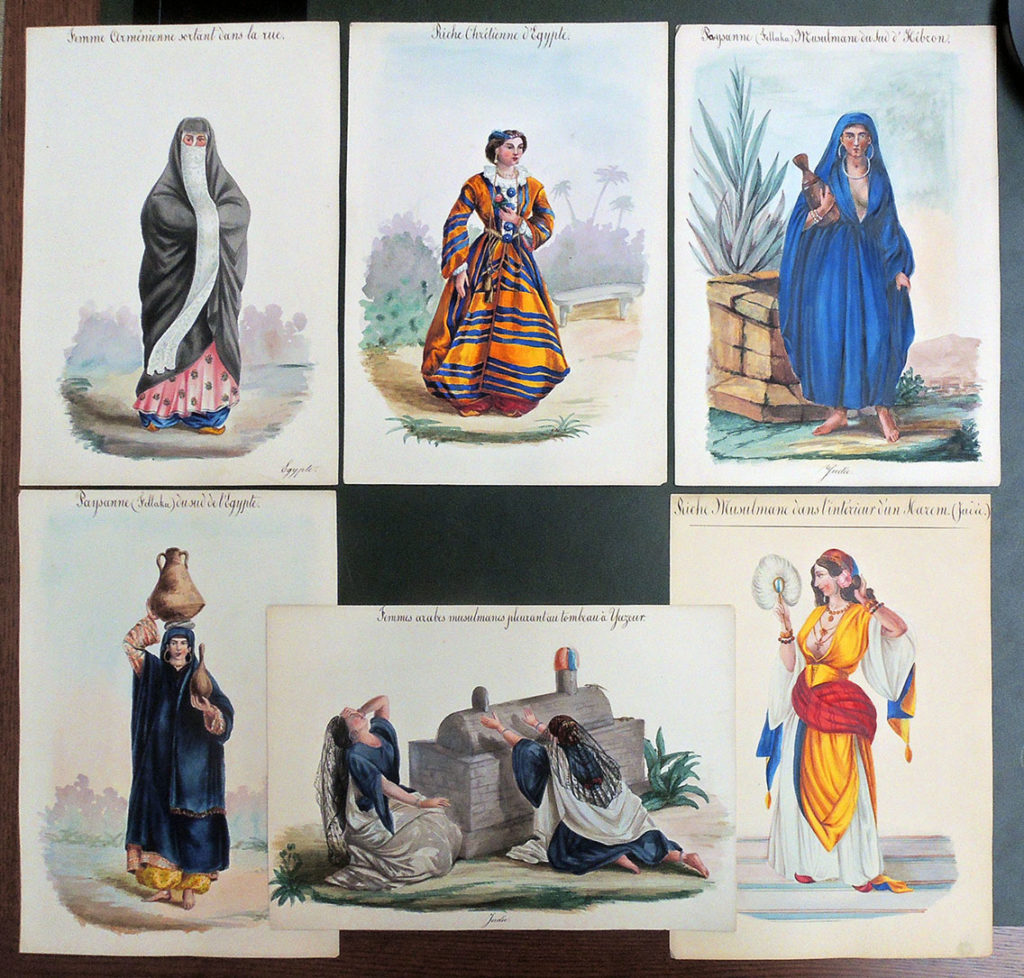 The Graphic Arts Collection holds a folder with 23 watercolor and gouache costume studies with ink lettering on tan paper. The only identification is a pencil note on the back in French, indicating they are from an album. No artist signature or stamp can be found although it is possible they have some connection with Octavien Dalvimart’s six volumes of The Costume of Turkey drawn from life in 1798. Here are the French titles in English:
Muslim Arab woman in the vicinity of Nablus [North of Jerusalem]
Vulgar odalisques
Christian woman from Jerusalem going out into the street
First walk of a new wife after marriage in Ramleh
Muslim Arabic woman in [?Beitjibrim]
Abyssinian selling parakeets in Cairo
Poor Christian in Nazareth
Rich Muslim in Aleppo
Rich Muslim in Damascus
Abyssinian odalisque
Muslim peasant from northern Egypt
Oriental odalisque dancer seen in Beirut
Christian woman from Mount Lebanon
Slave of rich house in Damascus
Young bride from Morocco
Rich Abyssinian living in Cairo, Egypt
Bedouin woman from Kerak
Armenian woman going out on the street
Rich Christian from Egypt
Muslim peasant from South Hebron
Peasant woman from Southern Egypt
Rich Muslim in the interior of a harem
Muslim Arab women crying at the shrine in Yuzur