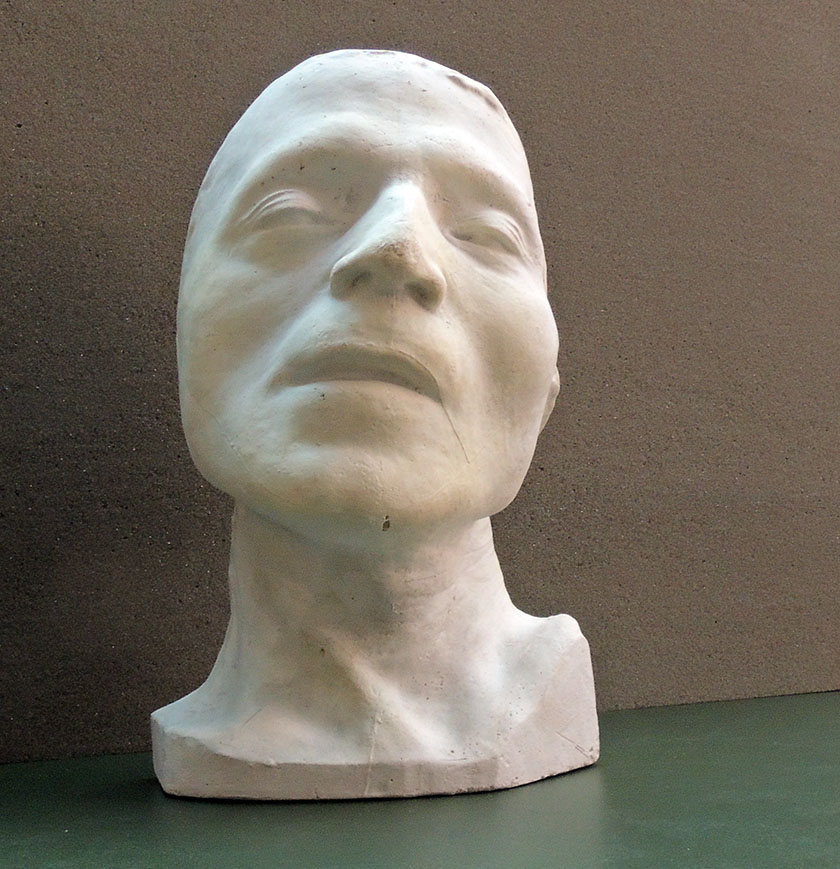 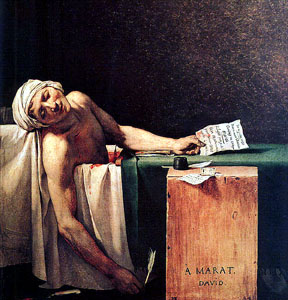 The Laurence Hutton Collection of Life and Death Masks at Princeton has two casts of Jean-Paul Marat (1743-1793), a politician, physician, scientist, and radical voice during the French Revolution. Both were poured from the same mould as the original in the Musée Carnavalet, Paris.

In his Talks in a Library, Hutton reports,

“This mask … is known to have been made after death “by order of the National Assembly,” and the originals of those … are in the Musée Carnavalet, the Civic Museum of Paris; Marat in plaster being the exact counterpart of Marat in oils by David, painted from nature immediately after the assassination. The amiable Miss Corday did a good thing for France and for humanity and for the rights of man when she removed Marat from trials and temptations. And it is to be regretted that she did not begin earlier in her career. There can be very little doubt that the Marat, whom she stabbed in the bath, as depicted by David, was the Marat of real life as the cast in my collection embalms him for the inspection of generations yet unborn.’ 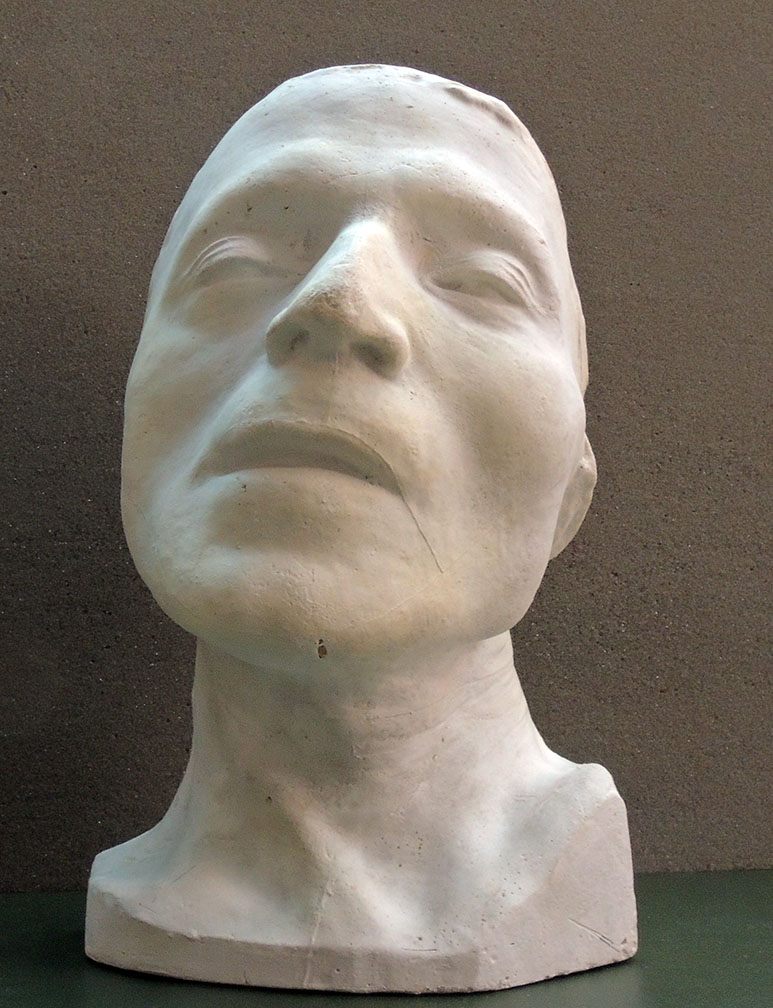 Marat [was] buried for a time in the Pantheon at Paris; but they were soon “de-Pantheonised” by order of the National Assembly. Marat’s body was thrown into a common sewer… Revenge upon the bones of a dead enemy may be sweet, but it can hardly be savoury.”–Laurence Hutton, Talks in a Library with Laurence Hutton (New York: G.P. Putnam’s Sons, 1911). 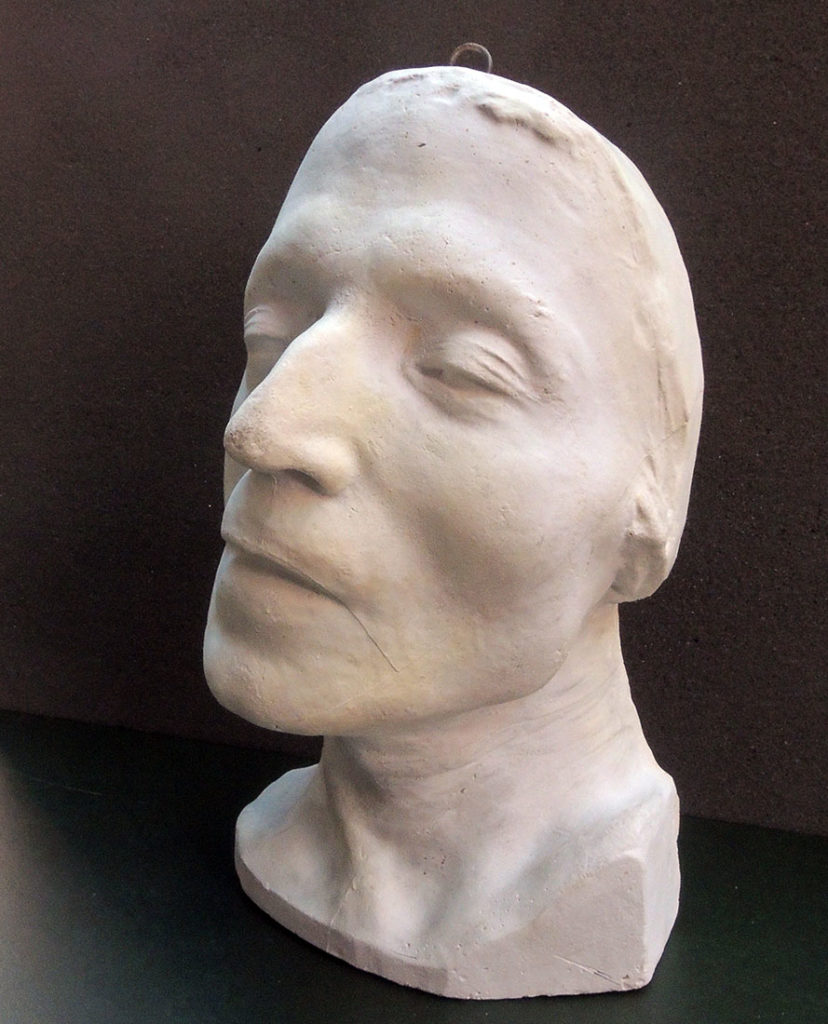 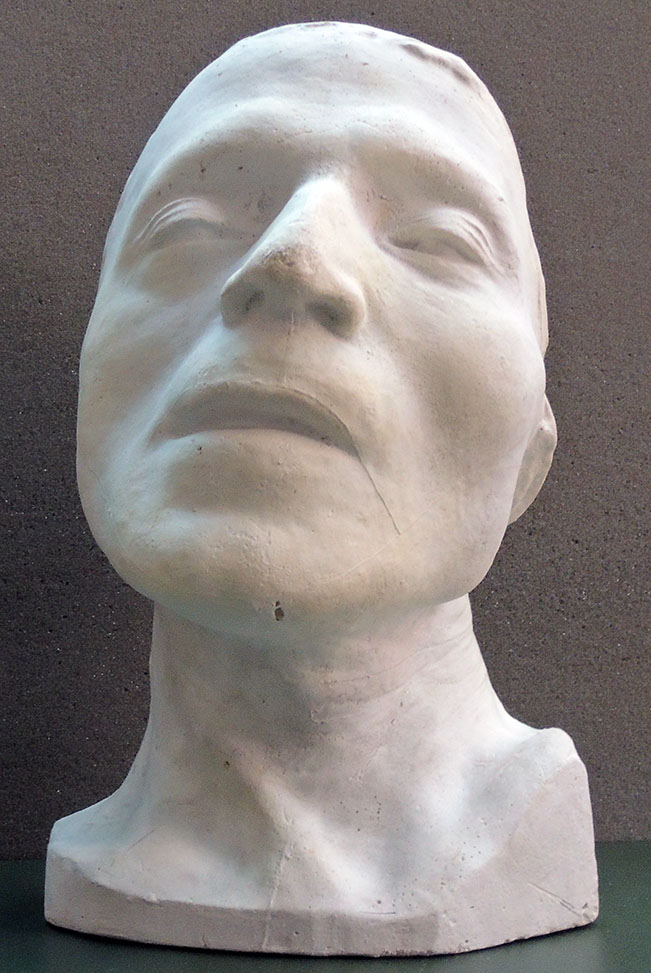 In Portraits in Plaster, Hutton adds, “Marat and Robespierre are among the most enigmatical productions of a very enigmatical movement. During their lives they were not very beautiful in conduct nor very amiable in character; but the casts taken of their faces after their uncomfortable deaths are quiet and peaceful, and the effect they produce is one of loving rather than loathing. 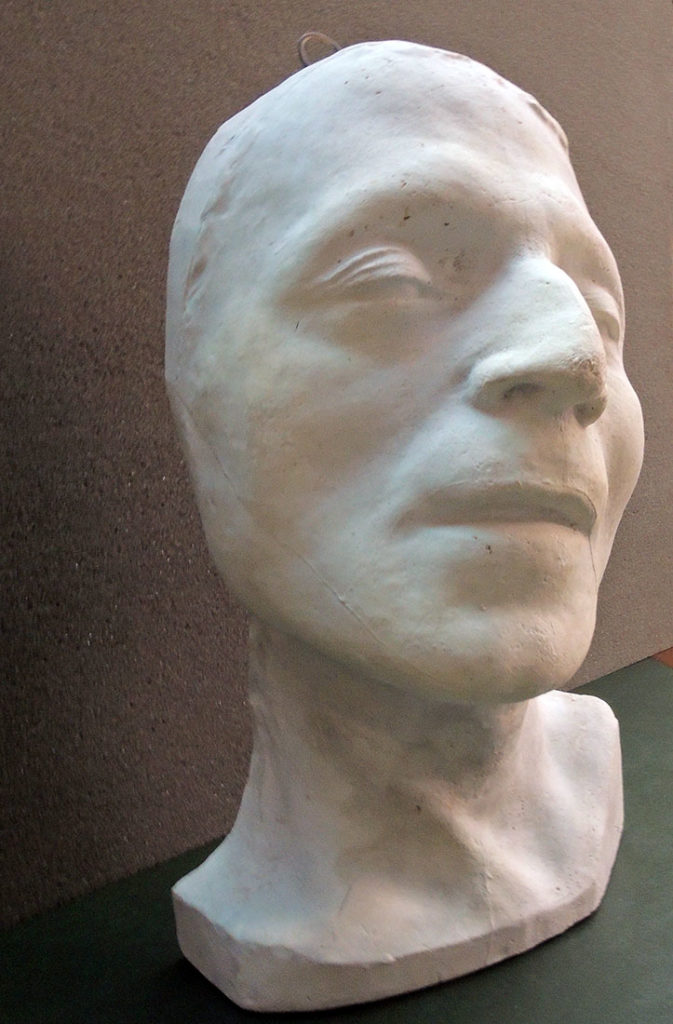 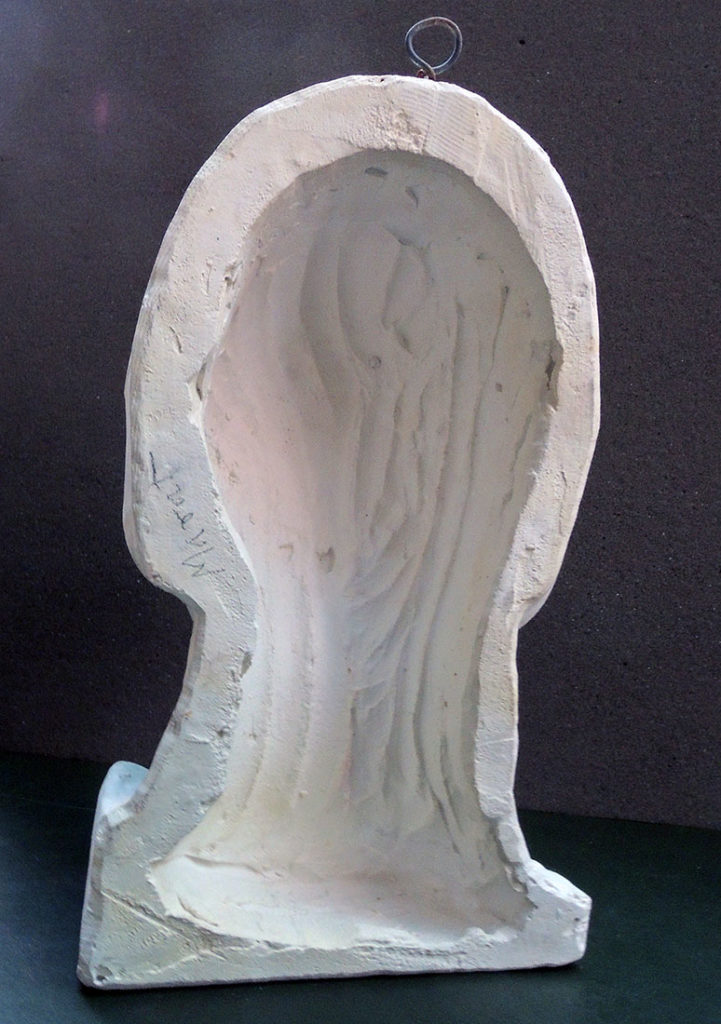