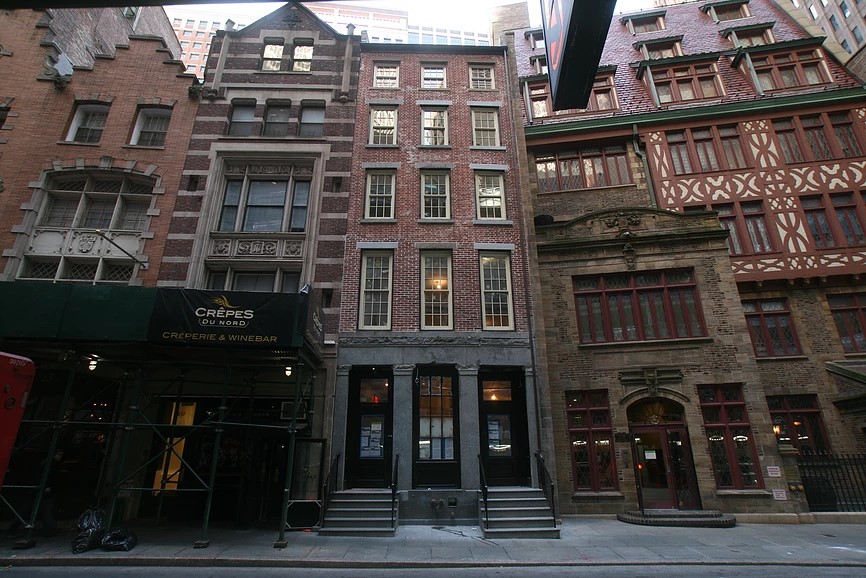 James Hall (1810-1854) was an importer (born in Scotland, active in the United States) who met John James Audubon (1785-1851) while the artist was living in London during the last years of printing Birds of America. According to New York City tax records, Lot 48, 51 Stone Street (originally known by its Dutch name, Hoogh Straet) was sold to Hall in May 1835, just months before the Great Fire of December 16-17, 1835.

When everything on the block burned to the ground, Hall rebuilt a five story “through-the-block store and loft” giving the business two addresses, 49-51 Stone and 19 South William Streets. Hall’s considerable square footage was primarily used as storage and he worked from an office around the corner on Beaver Street, later shared by Audubon’s son John Woodhouse Audubon (1812-1862), after Hall’s sister Caroline (1811-1899) became John’s second wife in 1841. 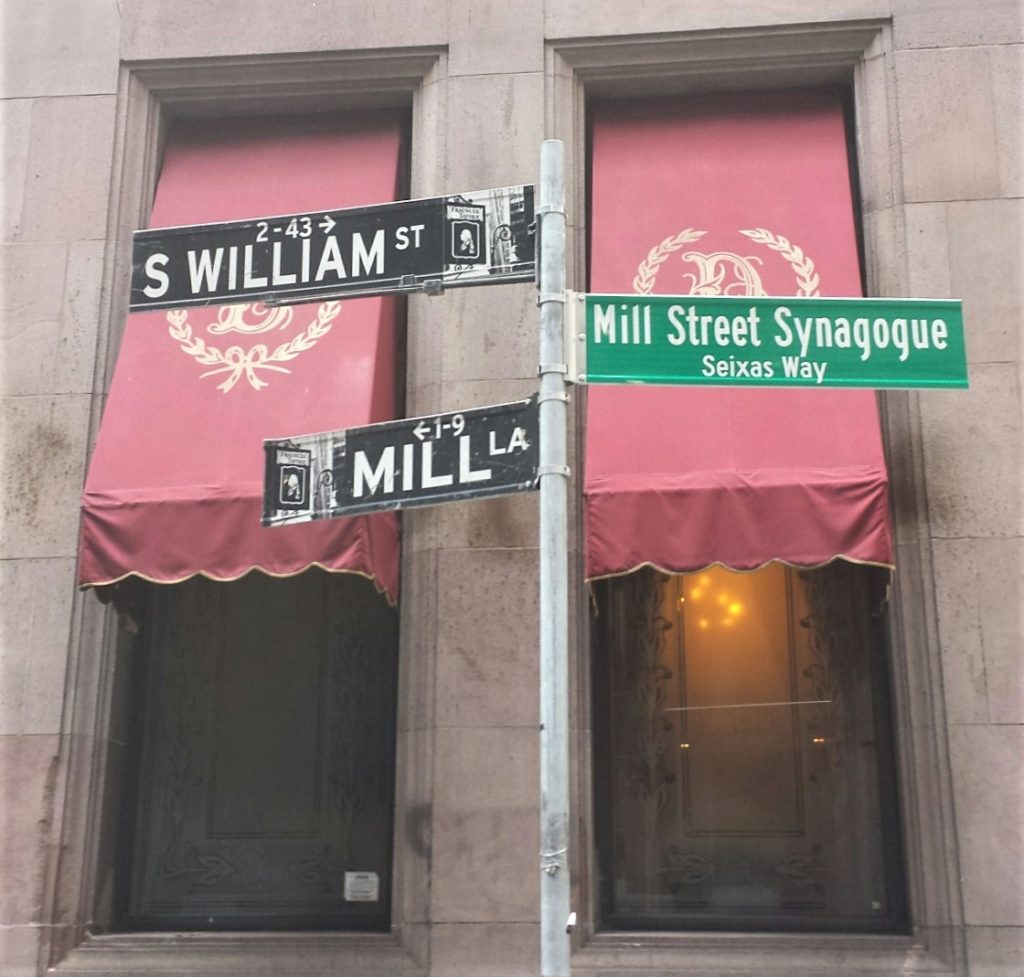 Hall’s building was, for a time, the home to five tons of copper printing plates for Birds of America, stored there when the material came to New York City.

John and Caroline built a home on the Audubon estate near what is today 155th Street and James Hall also purchased a small section of land from Lucy Audubon where his family settled (more about that property).

After an equally devastating fire in the summer of 1845, again burning 100s of buildings in lower Manhattan, a storage vault was built on the Audubon property where the plates were moved.

When Hall rebuilt his store, each of the buildings on Stone/South William looked exactly alike, with Greek revival columns along the street level. It wasn’t until the 20th century that things changed. Amos F. Eno purchased several buildings on the block, selling Hall’s to his nephew Amos R.E. Pinchot and his socialite wife Gertrude, active with Margaret Sanger. The most interesting facade is the one next door to Hall:

“Then on December 20, 1926 the property … was purchased by Block Hall, Inc, [a] newly-formed club composed of businessmen in the banking and marine insurance industries. The president, Gresham Innis, announced that the land “will be improved by the club with a seven-story clubhouse.” In deference to the historic site the club was named in honor of Adriaen Block and would be a private social, athletic and luncheon club. …At the time, downtown businessmen were increasingly inconvenienced as the residential neighborhoods moved further uptown, making traveling home for lunch difficult.  A private luncheon club resolved the problem and eliminated the only other option, which was scrambling for tables at the few acceptable restaurants in the area.” See more here.

Note, the scrambling was primarily for a seat at Delmonico’s restaurant, 2 South William Street, later Beaver and South William [below]. 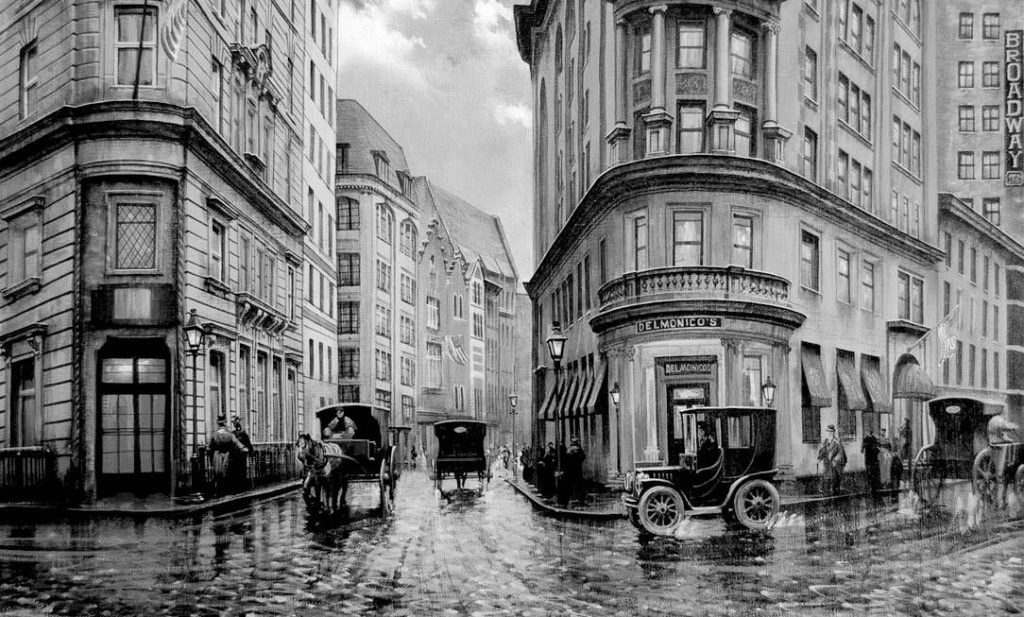