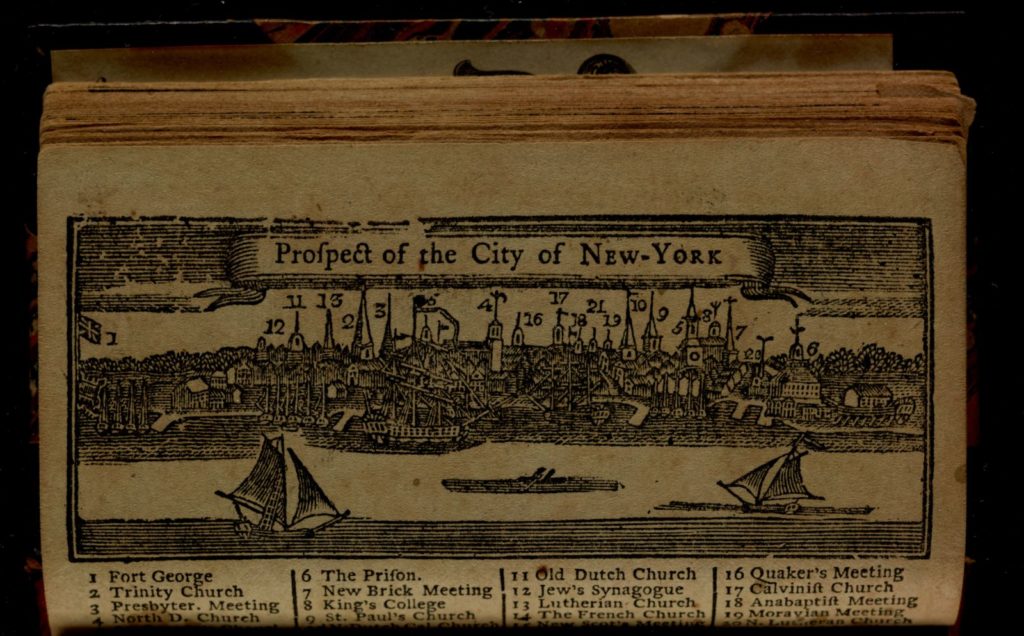 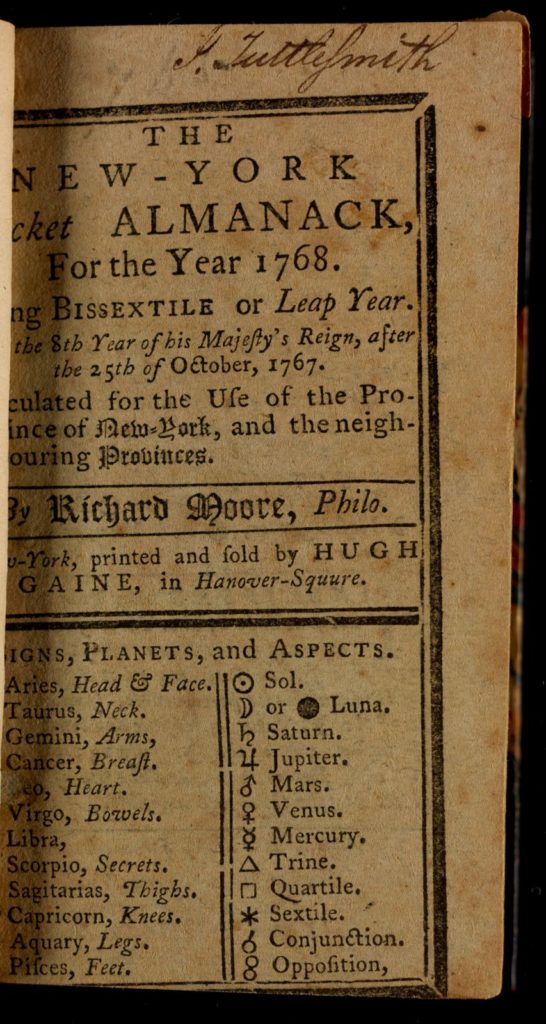 The Journals of Hugh Gaine (1902) provides a rich biography of the Belfast-born printer publisher, which tells us that when Hugh Gaine (1726 or 1727-1807) emigrated to New York City in 1745, “without basket or burden, he secured employment from James Parker, whom Benjamin Franklin had established as a printer in that city in 1742. It is stated that his wages were equivalent to a dollar and a quarter a week, which was later increased by a small allowance for board.” The book continues, 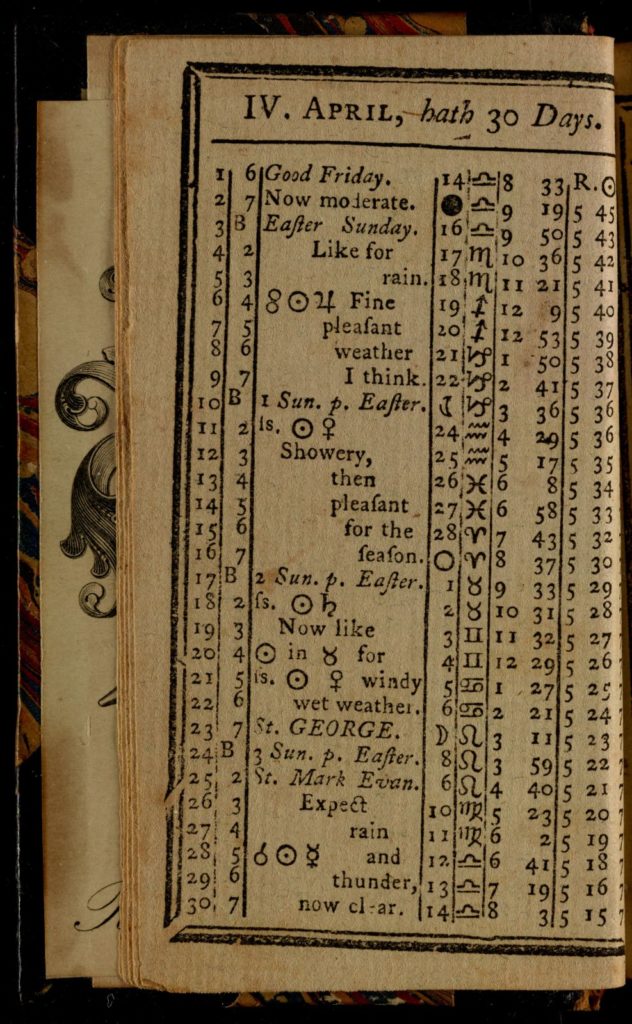 “Gaine also began in 1755 the issue of the “New York Picket Almanac, by Poor Tom,” “handsomely printed in red and black,” written, pretendedly, by one More, or Moore, but really by Theophilus Grew, and this series he also continued till long after the Revolution. This, too, met with popular favor, though of the first he notified his patrons, December 20, 1755, that “There are yet a few of the New-York Pocket Almanacs on Hand, neatly bound in Letter-Cases, which well be sold to those that call first; therefore those that are disappointed must blame themselves.”

The overplus did not last, for in The Mercury he later reprinted a table from this Almanac, “by desire,” “the Almanac itself being out of print from the Great Number sold the Beginning of the Year.” In advertising Moore’s Almanac for 1757 Gaine informed the purchasers that “The Printer has procured a few very neat Letter-Cases, handsomely gilt, just the Size of the above Almanack, with Pockets very convenient for Stuffing in Things that is useful for any Day in the Year.

With the next year’s issue, he warned them that “Many Gentlemen were disappointed of the Use of this Almanack, for the Year 1757, by their not sending for the same in Time: ‘Tis therefore requested they wou’d be less dilatory this Year. It is properly interleaved with fine Paper, on which Memorandums may be made for eery Day in the Year. It contains Twelve Pages more than any other Almanck [sic] of the Kind.” Of the issue for 1774 Gaine gave notice on November 22, 1773, that “The Run for the New-York Pocket Almanack has been so great for a Week past, that no less than one Third of the whold Impression are already sold.”

Gaine’s shop was located on what is today Pearl Street in lower Manhattan, formerly known as Queen Street. 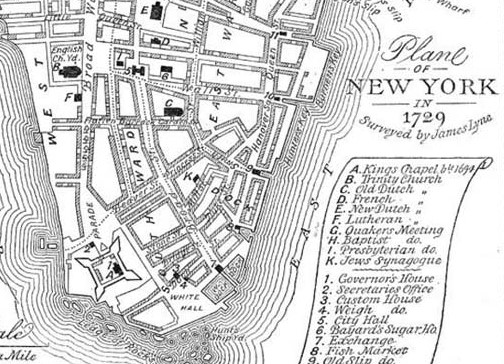 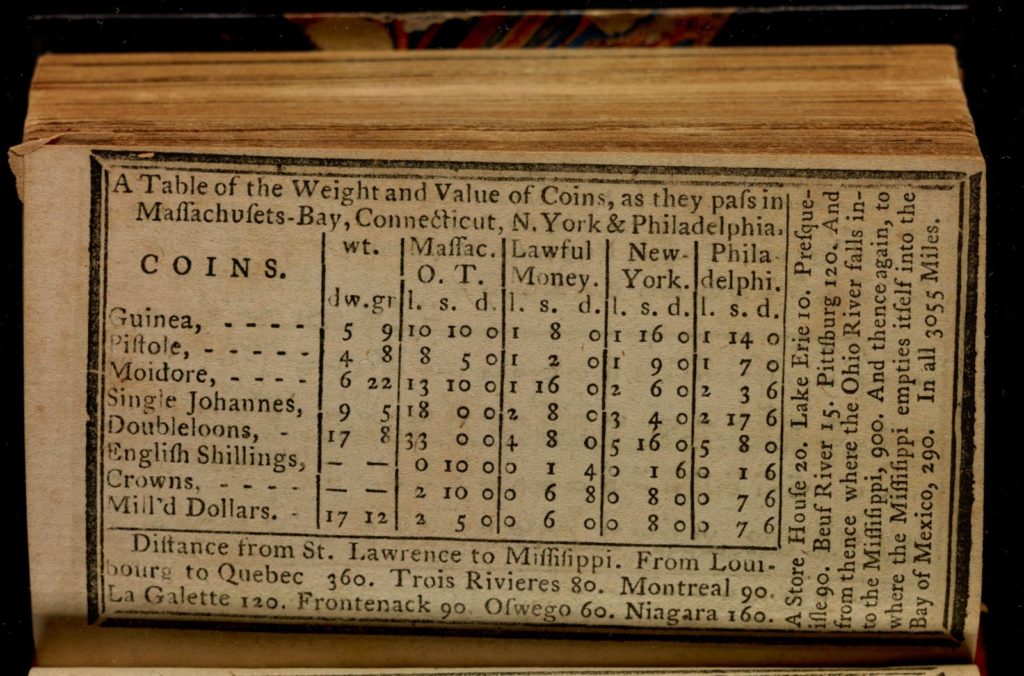 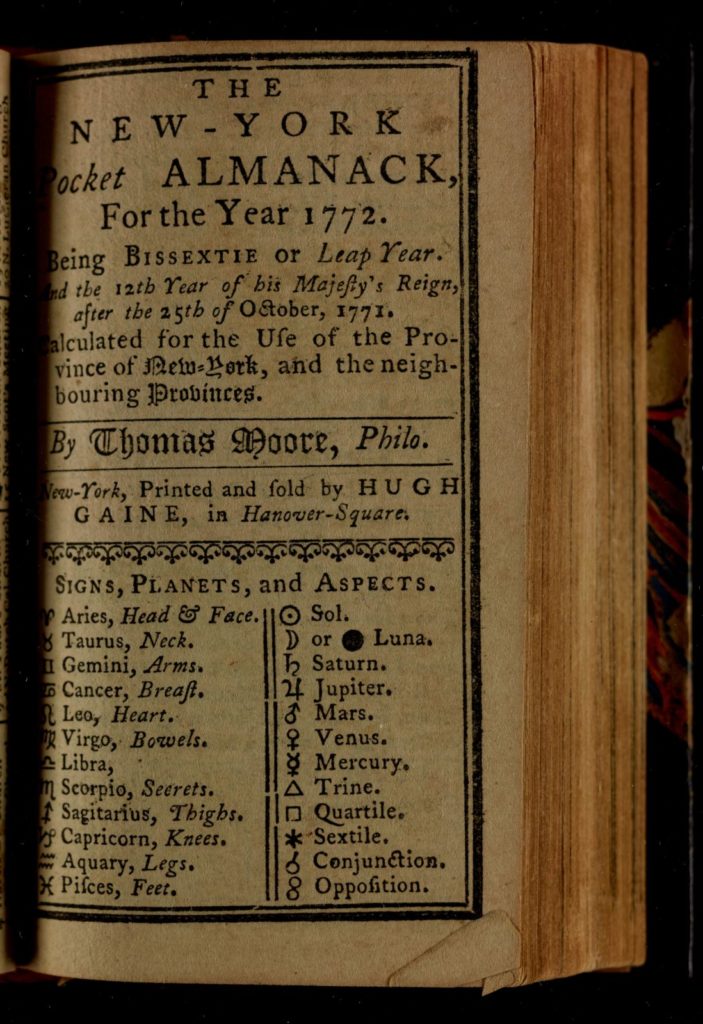 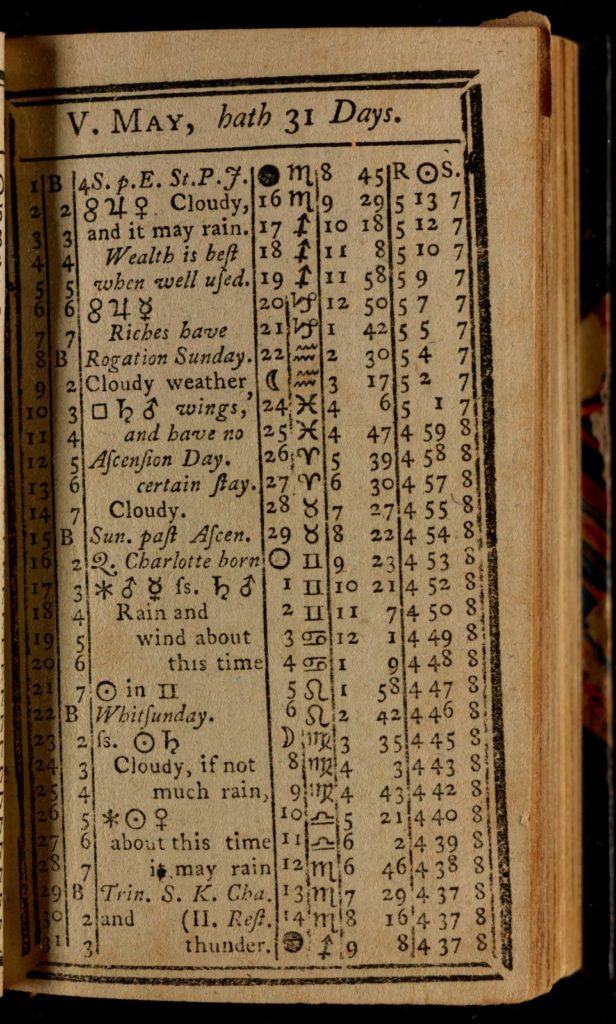 Besides the usual calendars, weather, politics, and financial information, each of these volumes include vulgar notes: “The usual method for determining Easter was through the use of a perpetual calendar and a table of “domnenical letters” and “golden” numbers. New England almanacs printed the domenical letter and golden number for the particular year of publication, usually under the heading, “vulgar notes,” but did not supply the necessary tables. For an explanation of the system, see John James Bond, Handy-Book of Rules and Tables for Verifying Dates … (New York: Russell and Russell, 1966), 115-41. –James P. Walsh, “Holy Time and Sacred Space in Puritan New England,” American Quarterly 32, no. 1 (Spring, 1980), pp. 79-95
https://archive.org/details/handybookofrules00bond/page/n4/mode/2up