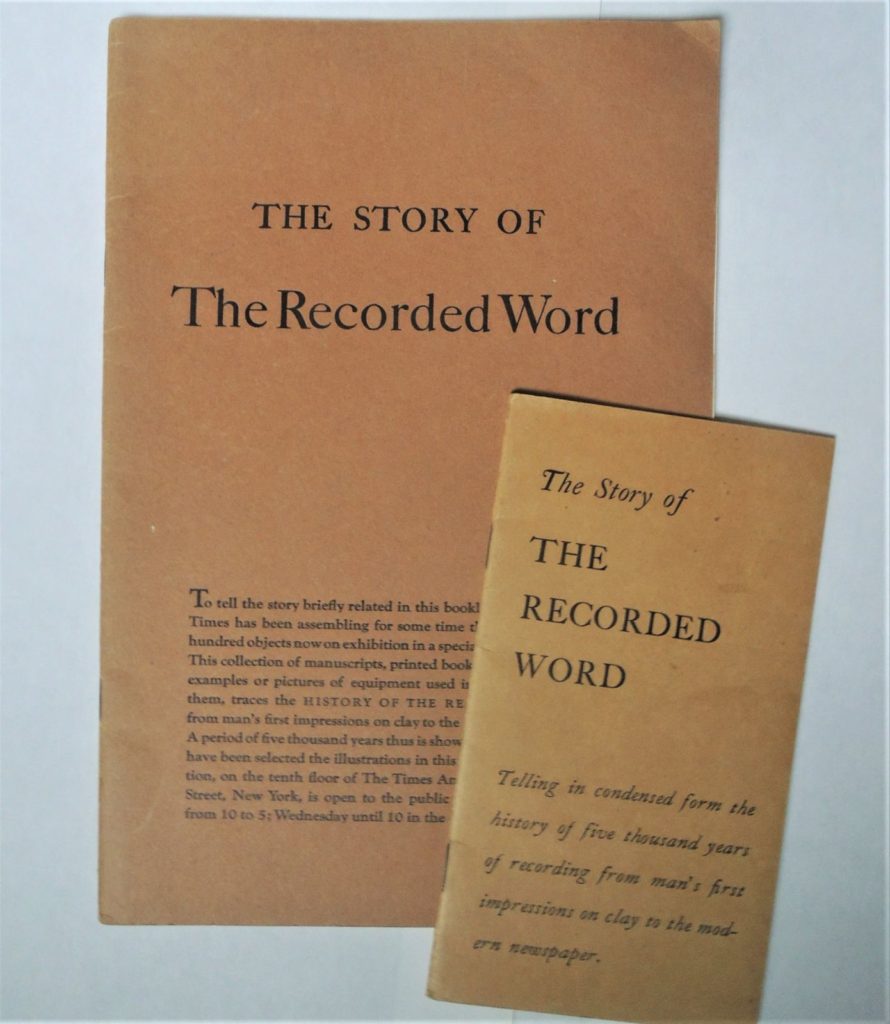 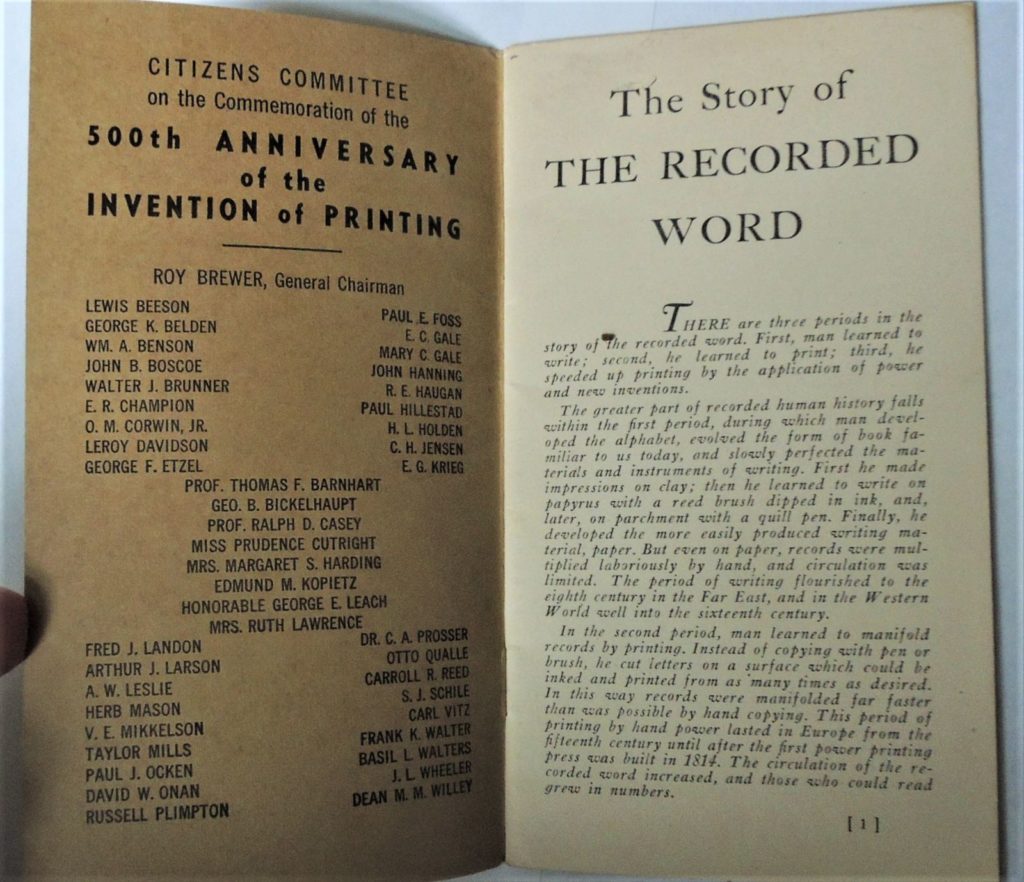 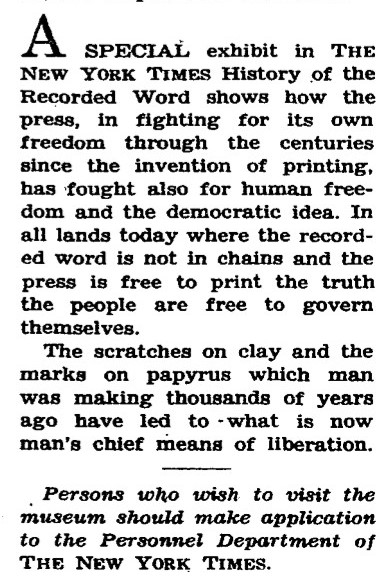 Arthur Hays Sulzberger (1891-1968), publisher of The New York Times from 1935 to 1961, was enthusiastic when Elmer Adler (1884-1962) proposed a Museum of the History of the Recorded Word. Sulzberger gave his tenant additional space on the tenth floor in the Times 43rd Street building, emphasizing that the focus should be on the final case with the most current edition of the New York Times (rotated daily).

He wrote to Adler, “The desire is to impress the observer with the scholarship, research, and authenticity in back of each issue of the New York Times to show how five thousand years of scholarship contribute to the presentation of each day’s issue of the paper.”

On April 25, 1938, the Museum of the History of the Recorded Word opened to the public with a series of cases circling a single room filled with originals and facsimiles presenting a chronological history of printing. In the middle was a cast of the Rosetta Stone, a rack to display newspapers around historic events, and an old hand press.

The Times printed an announcement taking credit for Adler’s show, which read in part: “The New York Times has assembled a History of the Recorded Word, a permanent collection showing the progress of that word from the dawn of writing to the present day from the primitive markings of stylus, brush and reed pen down through the epochal invention of movable type to the books and the newspapers of the power presses of today.” 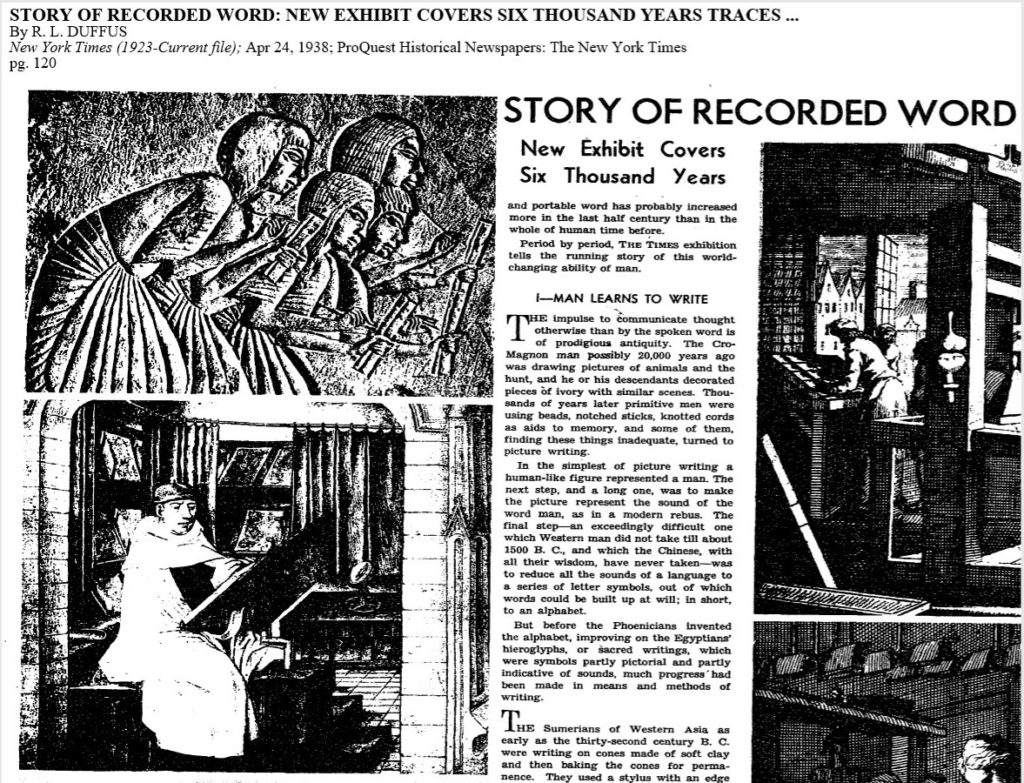 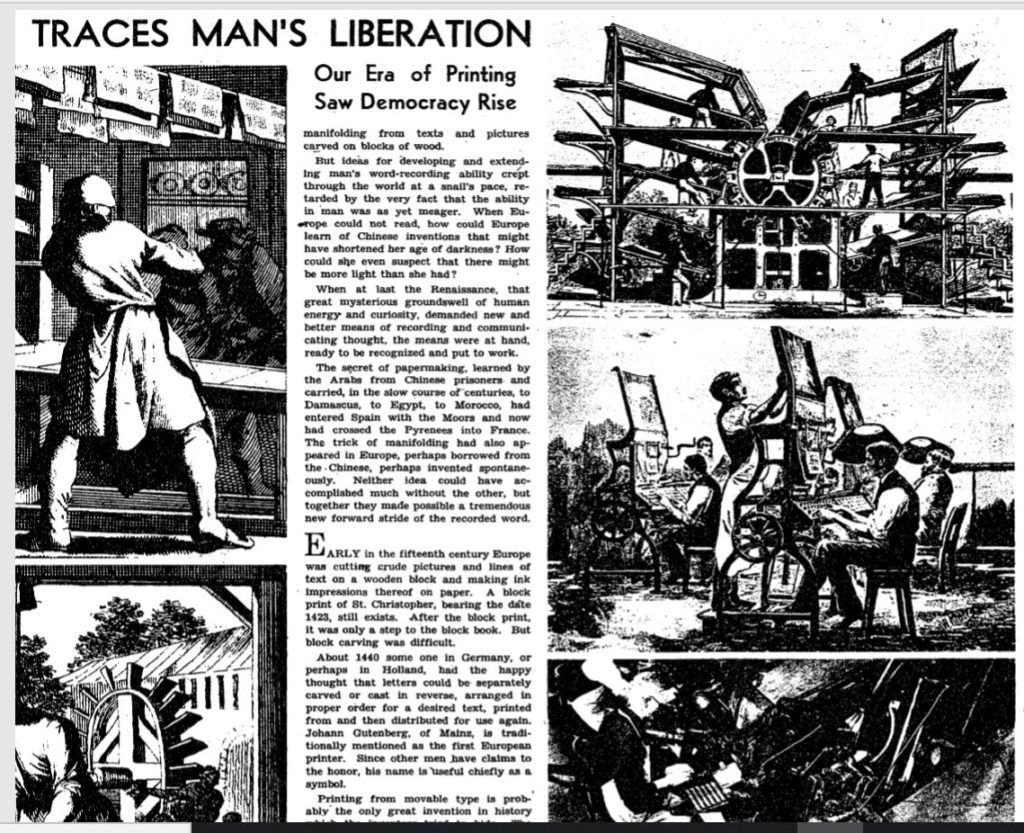 By 1940, annual museum attendance was recorded at 8,311 and later rose to approximately 30,000. A didactic exhibition of photographic reproductions traveled to libraries, schools, and 26 other venues across 14 states. Interest eventually dimmed and in 1965 the museum collection was downsized through an auction at Parke- Bernet Galleries and in 1982, after it had been on view for 43 years, the remaining display was donated to the Rochester Institute of Technology. 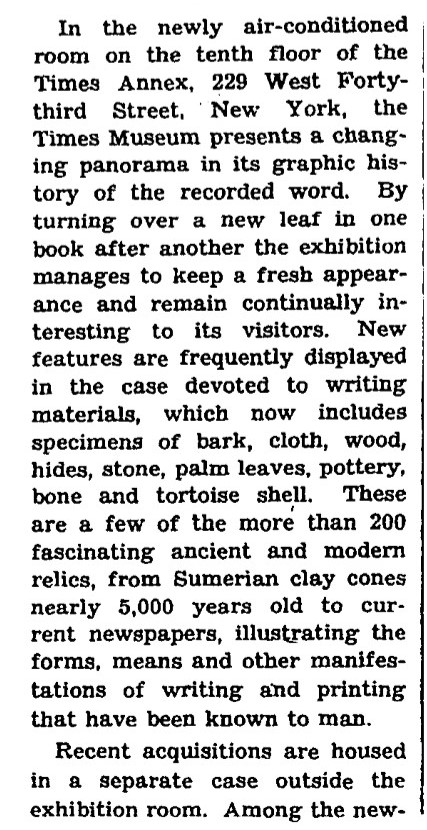