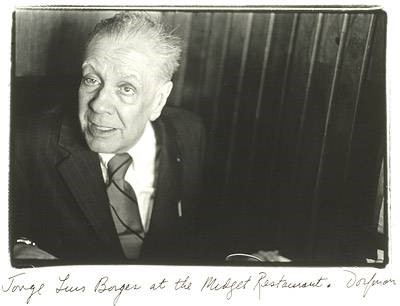 The early portrait photography of Elsa Dorfman (1937-2020) is beautifully represented in the Graphic Arts Collection, thanks to a generous gift from the artist’s husband Harvey Silverglate, Princeton Class of 1964. An extended profile of the photographer can be read here: https://www.harvardmagazine.com/2017/09/elsa-dorfmans-portrait-photography

Her work was featured in the 2010 Princeton University Library exhibition The Author’s Portrait, one of the few living artists included because, well, we couldn’t not include her terrific work. Each of the prints in our collection includes a hand-written caption made by Dorfman with a steel-nib pen dipped in black India ink. She once wrote to us correcting a reproduction of her work that did not include the text, noting it was an integral part of the final work. These photographs come from the early 1970s, when Dorfman was selling gelatin silver prints for $2.50 each from a grocery cart in Harvard Square.

Elsa Dorfman passed away on May 30, 2020. An obituary by Mark Feeney appeared in the Boston Globe almost immediately that begins

“Elsa Dorfman, whose large-format Polaroid color portraits made her famous in the world of photography, and whose ebullient personality made her famous in the world of Cambridge, died Saturday at her Cambridge home. … Three parts earth mother to two parts riot grrrl (or perhaps the other way around), Ms. Dorfman cut a memorable figure. Her beaming moon face, set off by glasses and center-parted hair, was almost as distinctive as her don’t-try-this-at-home fashion sense. Jumpers and running shoes? Of course. Polka dots and stripes? On occasion.”

Her work was introduced to an international audience by Errol Morris’s documentary about her, “The B-Side: Elsa Dorfman’s Portrait Photography.” Here is the trailer:

When Dorfman moved back to Cambridge in 1959, after an early stay in New York City, she started organizing readings by writers and poets, calling her company the “Paterson Society” after William Carlos Williams and Allen Ginsberg’s home. This led to introductions and friendships, which in turn led to the many portraits of authors, poets, and literary figures. This early video shows the set up for our photograph of Allen Ginsberg and Peter Orlovsky;

Her large format Polaroid camera, one of only six in existence, weighed close to 240 pounds, producing photographic print nearly 2 feet square. This clip shows the camera in action: 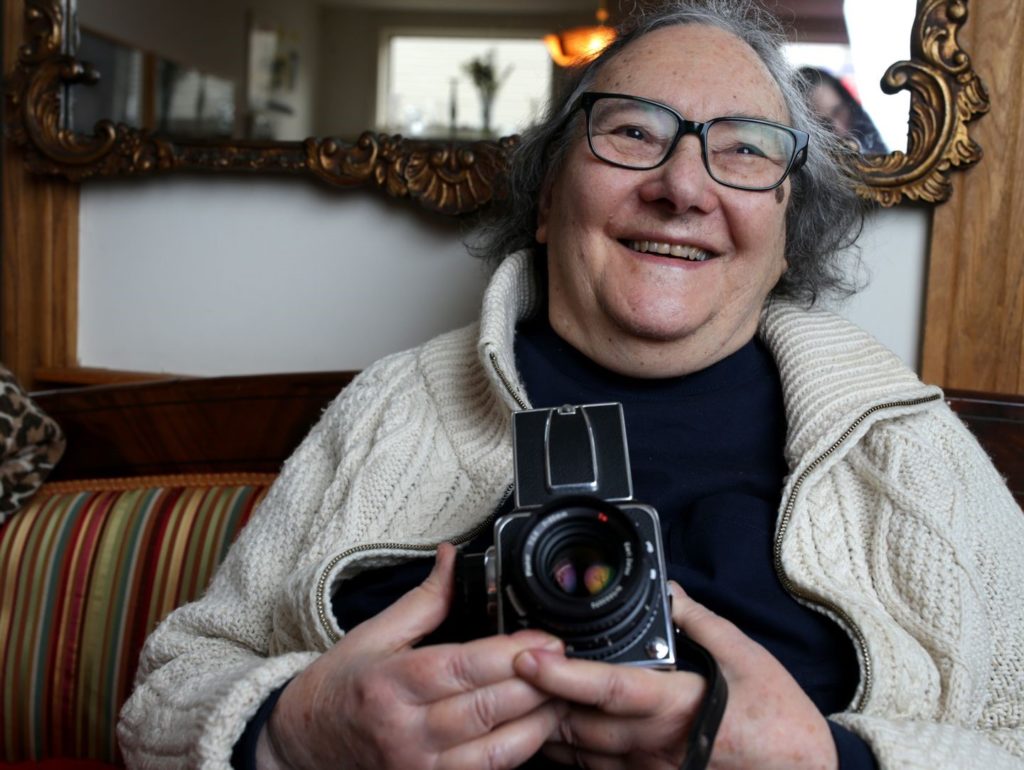