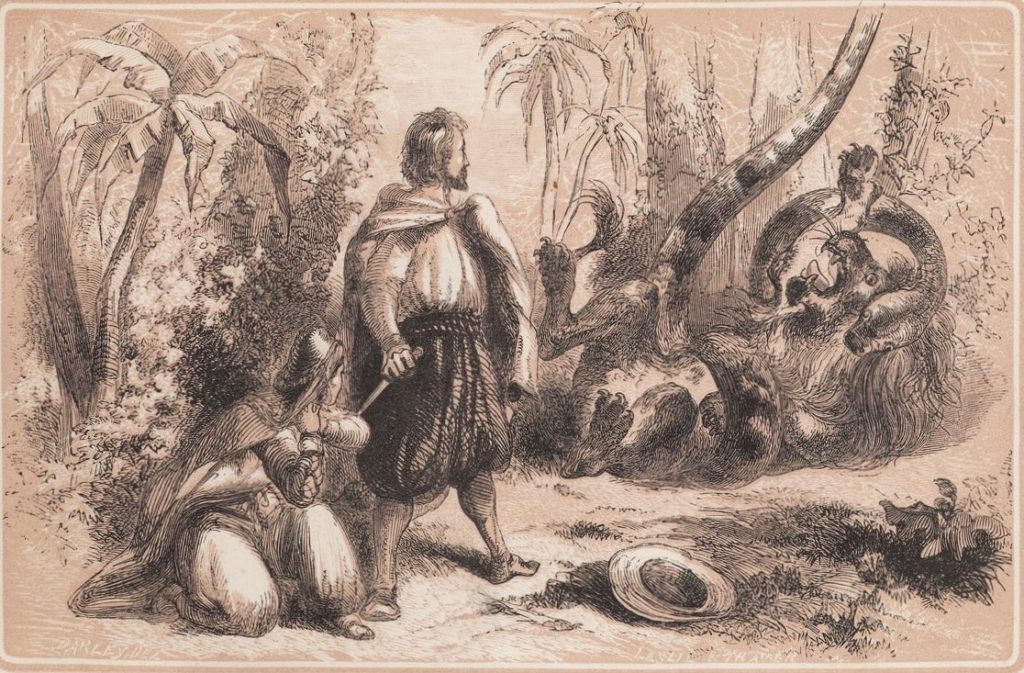 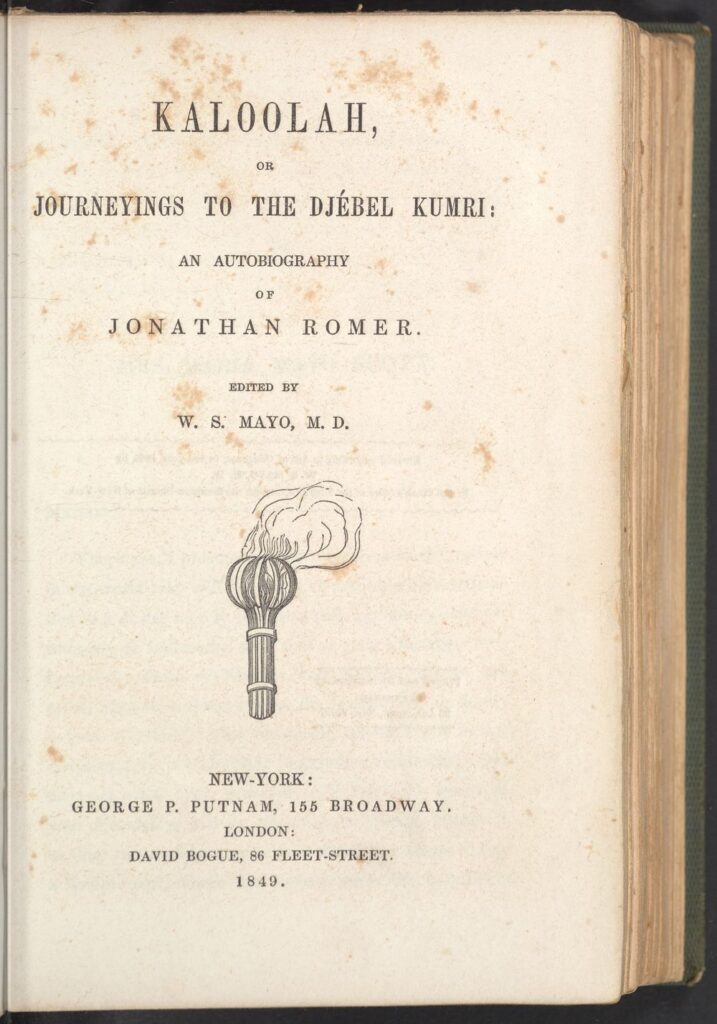 The following letter will best explain the way in which these pages came into the editor’s hands, and the degree of credit that may be fairly given to them as an authentic record of the travels and adventures of a young American:

Dear Doctor : You must know that I have recently come into the possession of a manuscript, purporting to be the travels and adventures of a young American, in various parts of the world, but mainly in the deserts of Africa, and in the unknown, and hitherto unvisited countries south of the Soudan. The manuscript strikes me as being curious, interesting, and apparently authentic; but I have so little confidence in my own judgment, in such matters, that after a deal of patient and painful cogitation upon the subject, I find myself utterly unable to decide two questions that present themselves, to wit, is it worth publishing? and if so, what will be the best manner of giving it to the world? 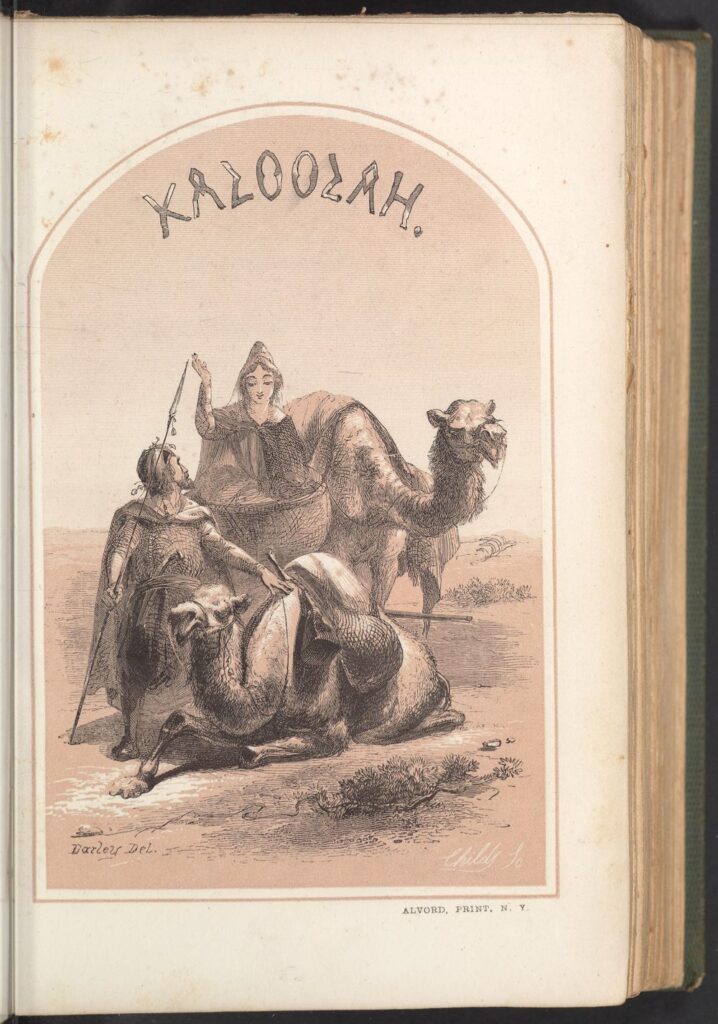 “Life of adventure may be justly considered my birthright. Descended, on both sides of the house, from some of the earliest settlers of Nantucket, and more or less intimately related to the Coffins, the Folgers, the Macys and the Starbucks of that adventurous population, it would seem that I have a natural right to a roving disposition, and to a life of peril, privation, and vicissitude. Nearly all the male members of my family, for several generations, have been “followers of the sea.” Some of them in the calm and peaceful employment of the merchant service; others, and by far the greater number, in the more dangerous pursuit of the ocean monster. Whaling, it is well known, has been, almost from the first settlement of this country, the chief employment of the inhabitants of “the Island.” All were directly or indirectly interested in it. By it were bounded the hopes of the young and the memories of the old.” 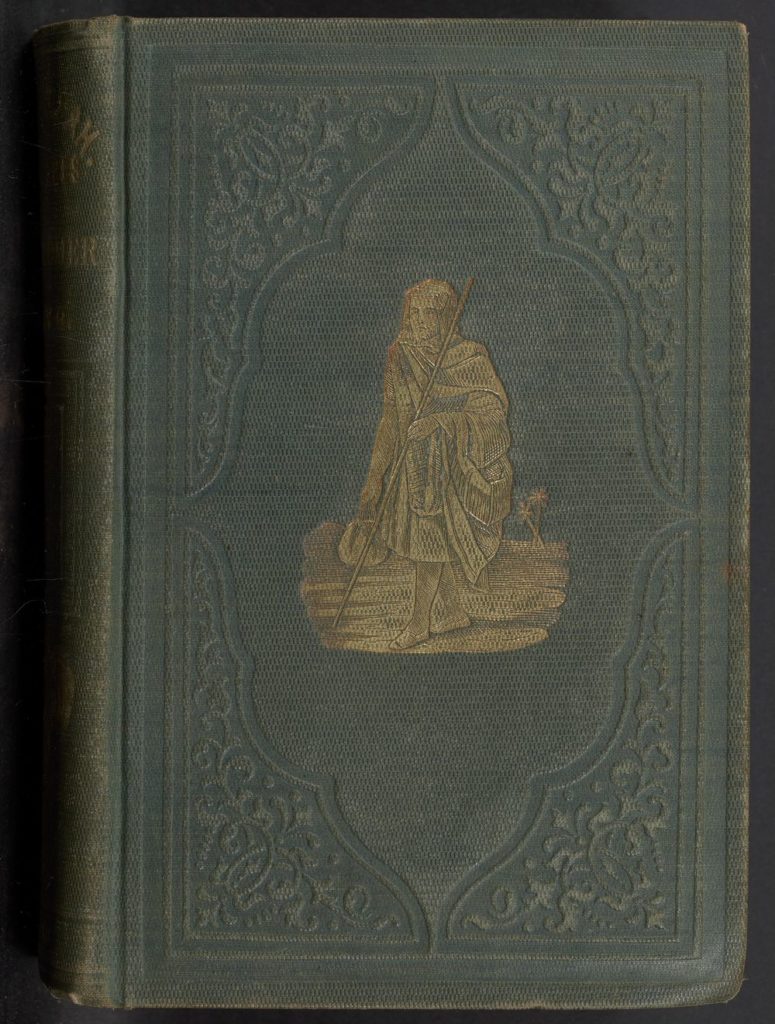 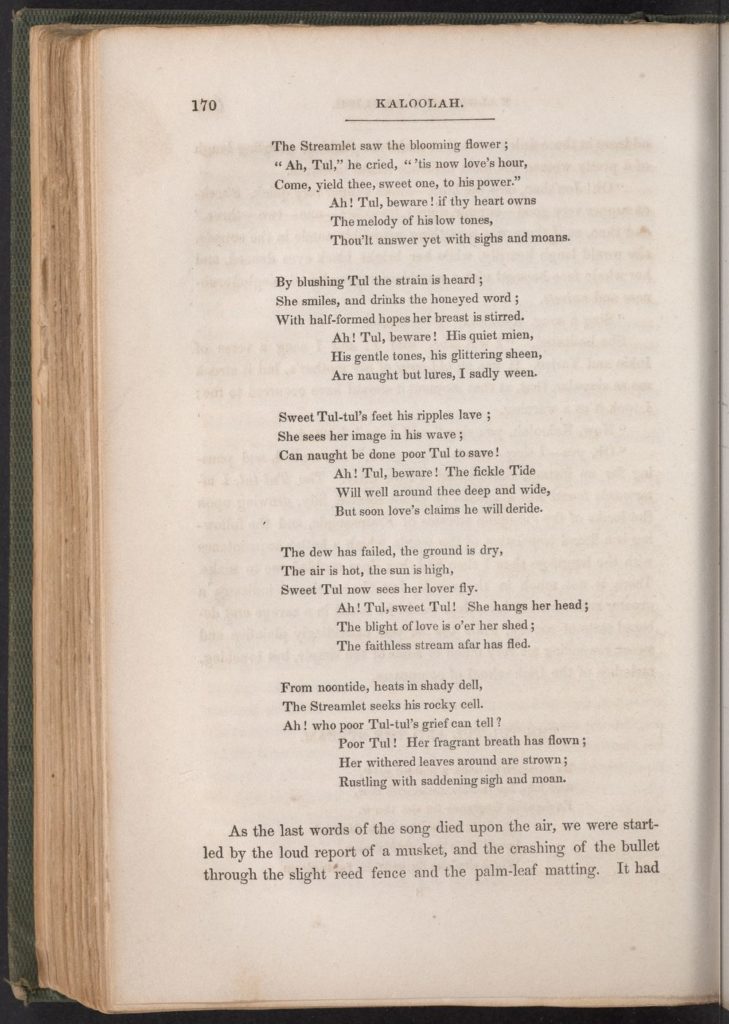 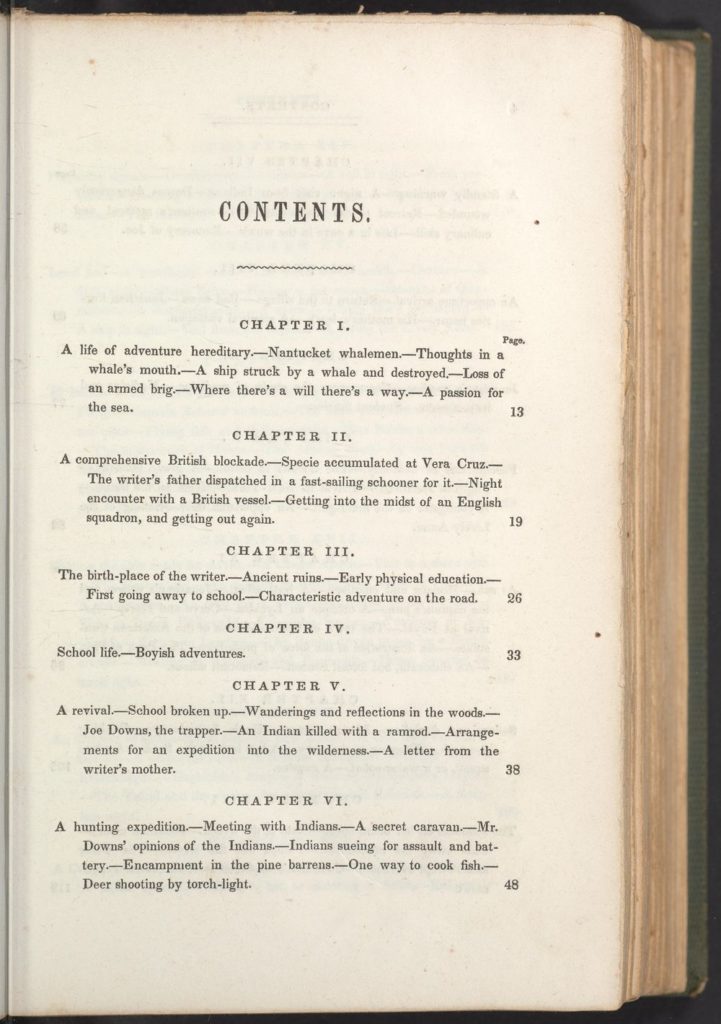 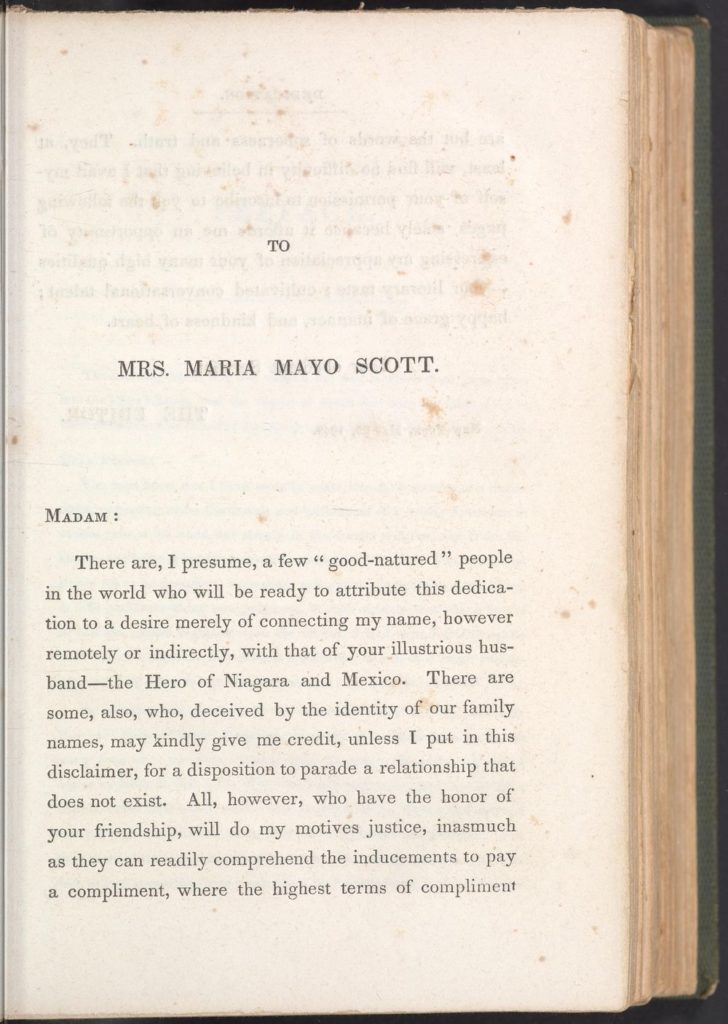