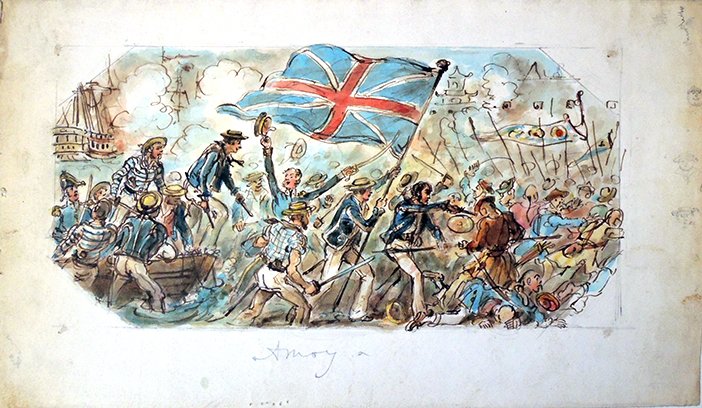 The First Opium War between Great Britain and China ended with the signing of the Treaty of Nanking on August 29, 1842. Sir Henry Pottinger met with Qiying, Yilibu, and Niu Jian to finalize the document. The treaty was ratified by the Daoguang Emperor on October 27, 1842 and by Queen Victoria on December 28, 1842. This allowed for the opening of five ports including Amoy, Guangzhou, Foochow, Shanghai and Ningpo, altering British-Chinese trade for the rest of the century. 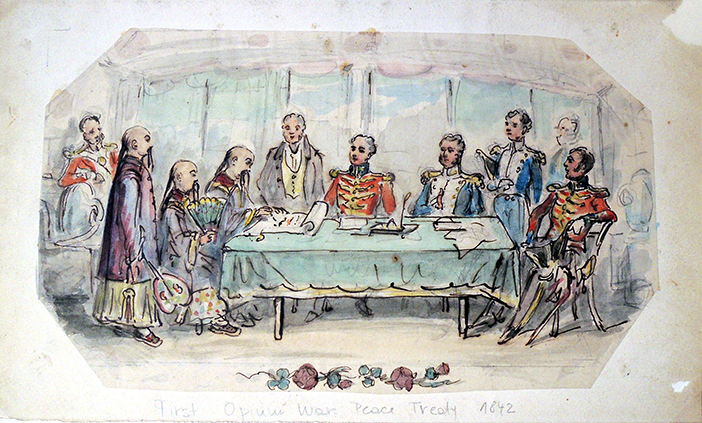 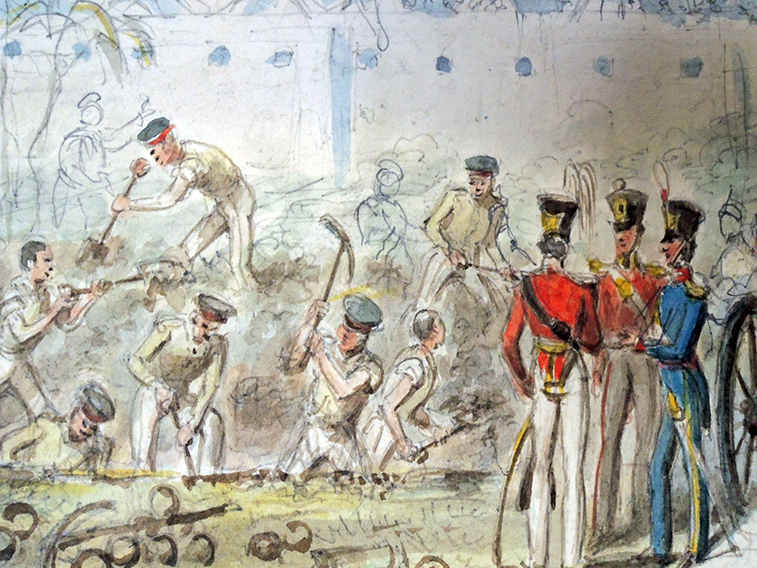 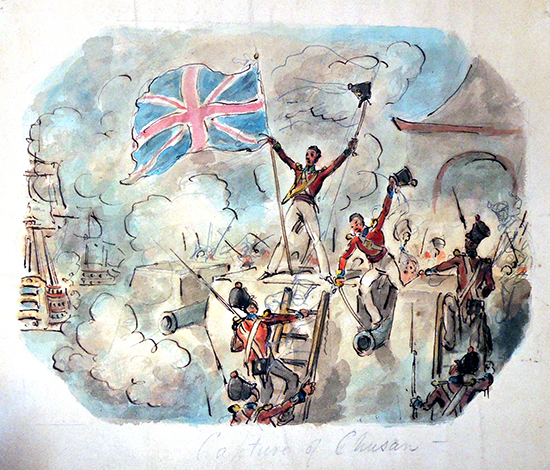 Recently the Cruikshank attribution has been called into question. Not only is the line quite different from his other work, Cruikshank was extremely busy at that period illustrating his own publications and creating plates for Richard Harris Barham, Catherine Grace Frances Moody Gore, Thomas Ingoldsby, Samuel G. Goodrich, and William Harrison Ainsworth. We are now researching the six Opium War sketches to find their true artist. 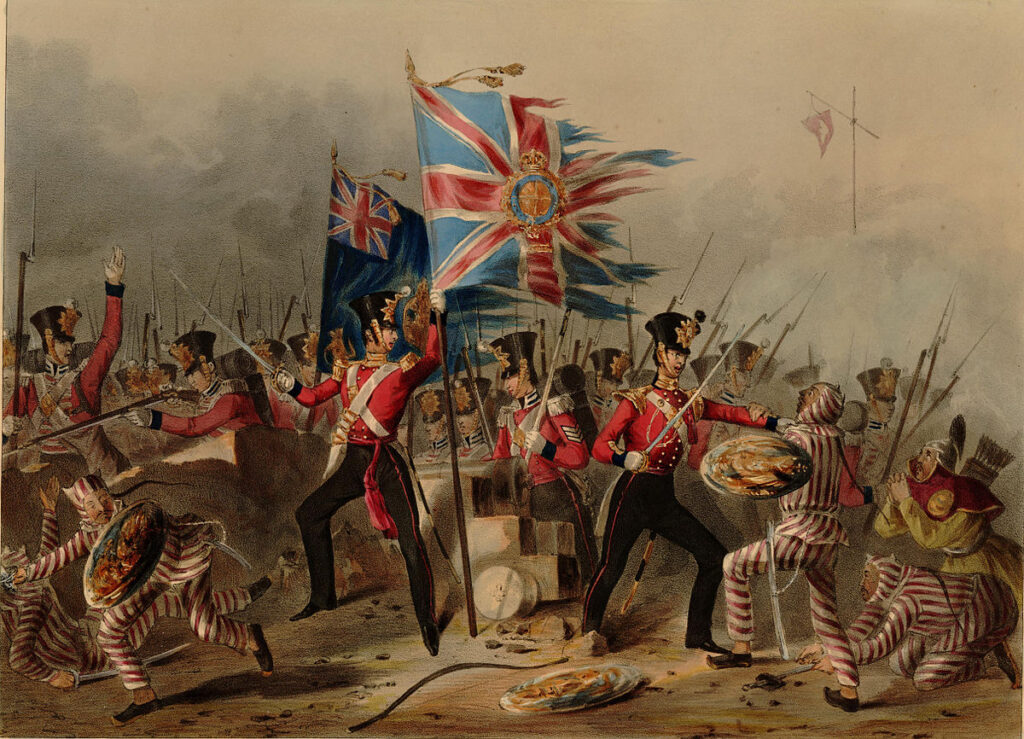 Do you have a suggestion? A start might be this lithograph [above] by James Henry Lynch after Michael Angelo Hayes, The 18th (Royal Irish) Regiment of Foot at the storming of the forts of Amoy, 26 August 1841. More work is needed to make an attribution. 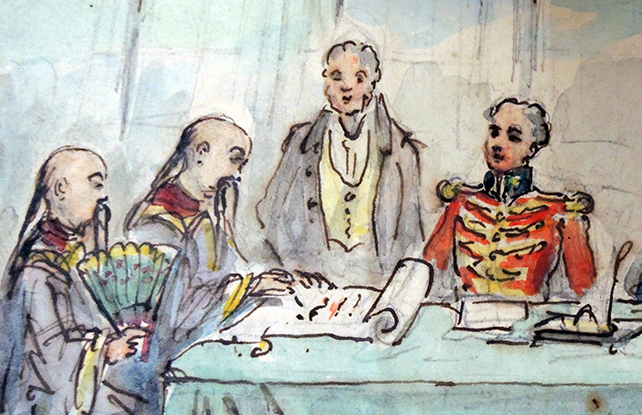 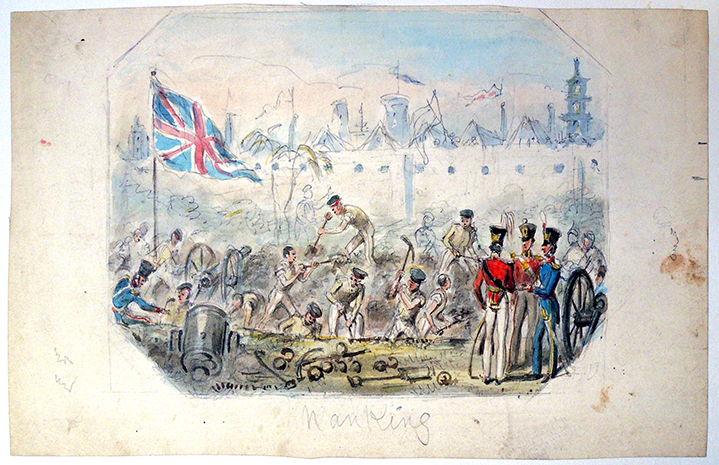 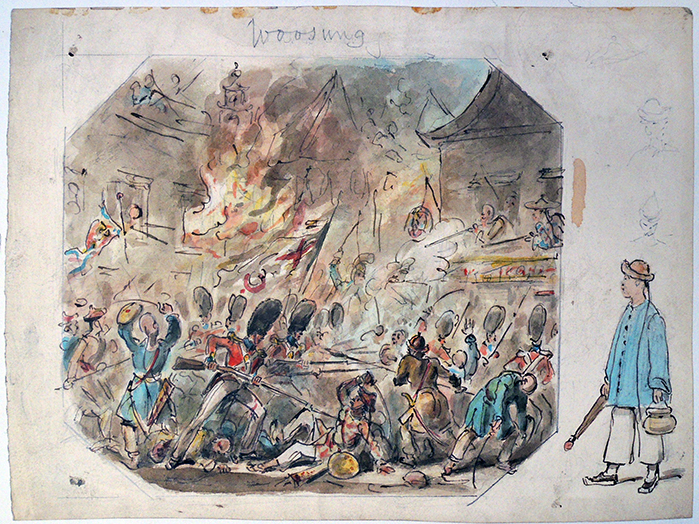