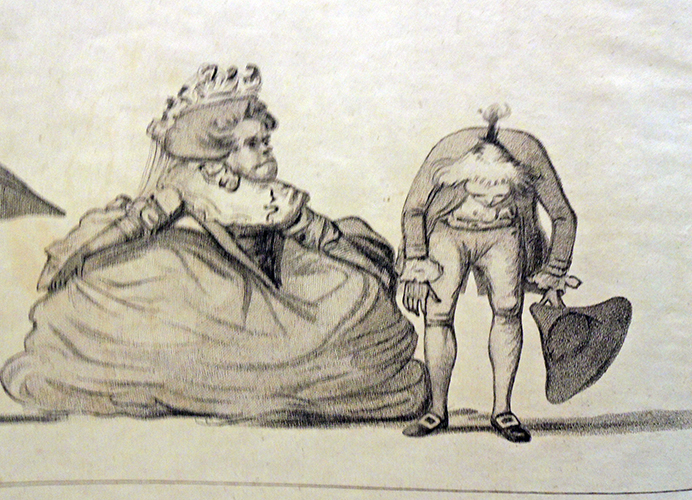 Born to the Manor (Mildenhall, Suffolk), young Henry William Bunbury left St Catharine’s College, Cambridge in 1769 to travel and experience life. From an early age, he showed a talent for drawing and by 1776, Bunbury was exhibiting his work at the Royal Academy. Although he never had much success as a serious painter, his satirical work was enjoyed throughout London. A day job with the army was the inspiration for Bunbury’s humorous books Hints to Bad Horsemen (1781) and An Academy for Grown Horsemen (Princeton has editions 1787, 1788, 1791, 1792, 1796, 1808, 1809, 1825).

Also around that time, Bunbury drew a series of dancers attempting a minuet, which were pasted together to form a five-foot satirical panorama. The original drawing, now at the Yale Center for British Art, was engraved and published by William Dickinson under the title A Long Minuet as Danced at Bath.

Thanks to the British Museum we know who many of the dancers represent, beginning at the left: 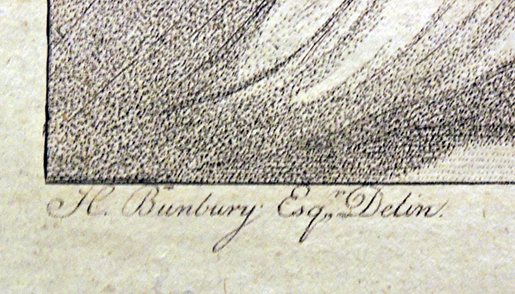 So loved was Bunbury and his humorous work that when he sat for a portrait by Sir Thomas Lawrence (1769-1830), he was asked to pose holding “The Long Minuet.” And if that were not enough, Lawrence’s pastel, now at the National Portrait Gallery, London, was engraved by Thomas Ryder (1746-1810) and distributed by multiple print sellers. 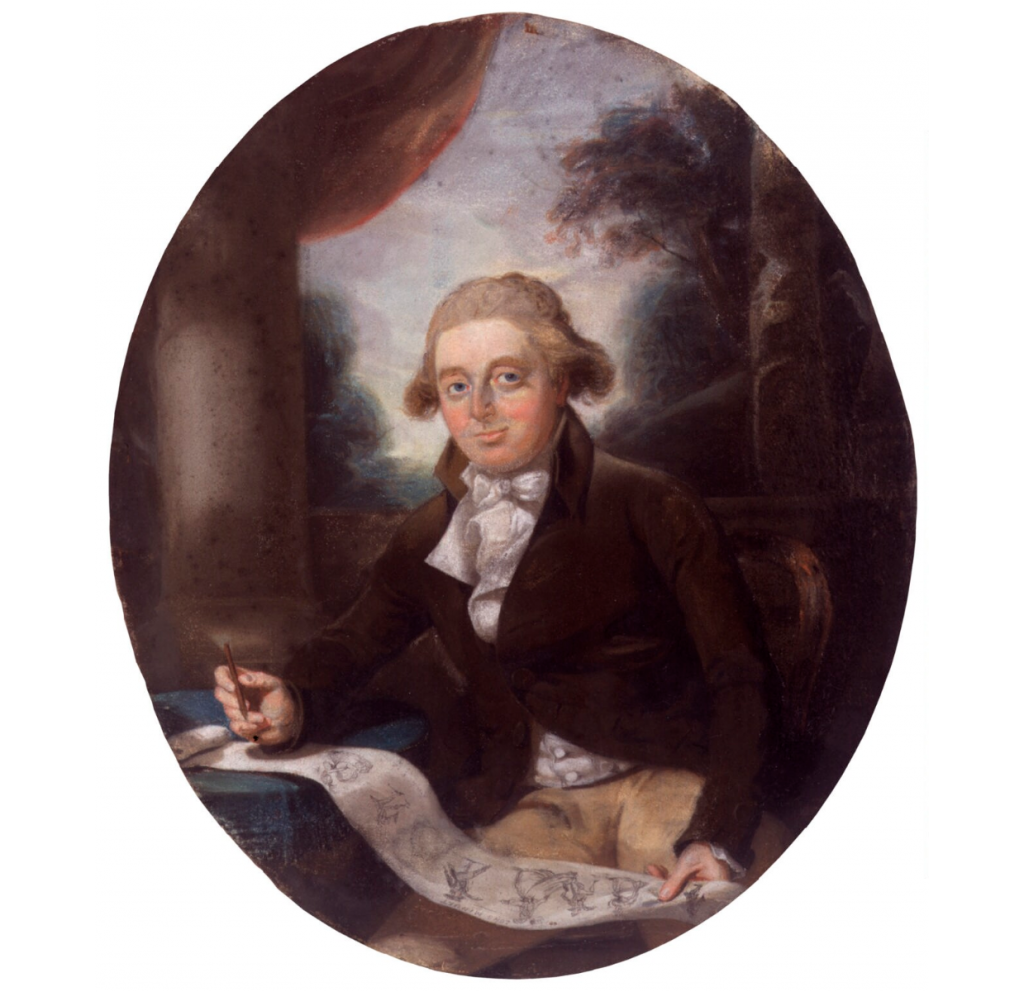 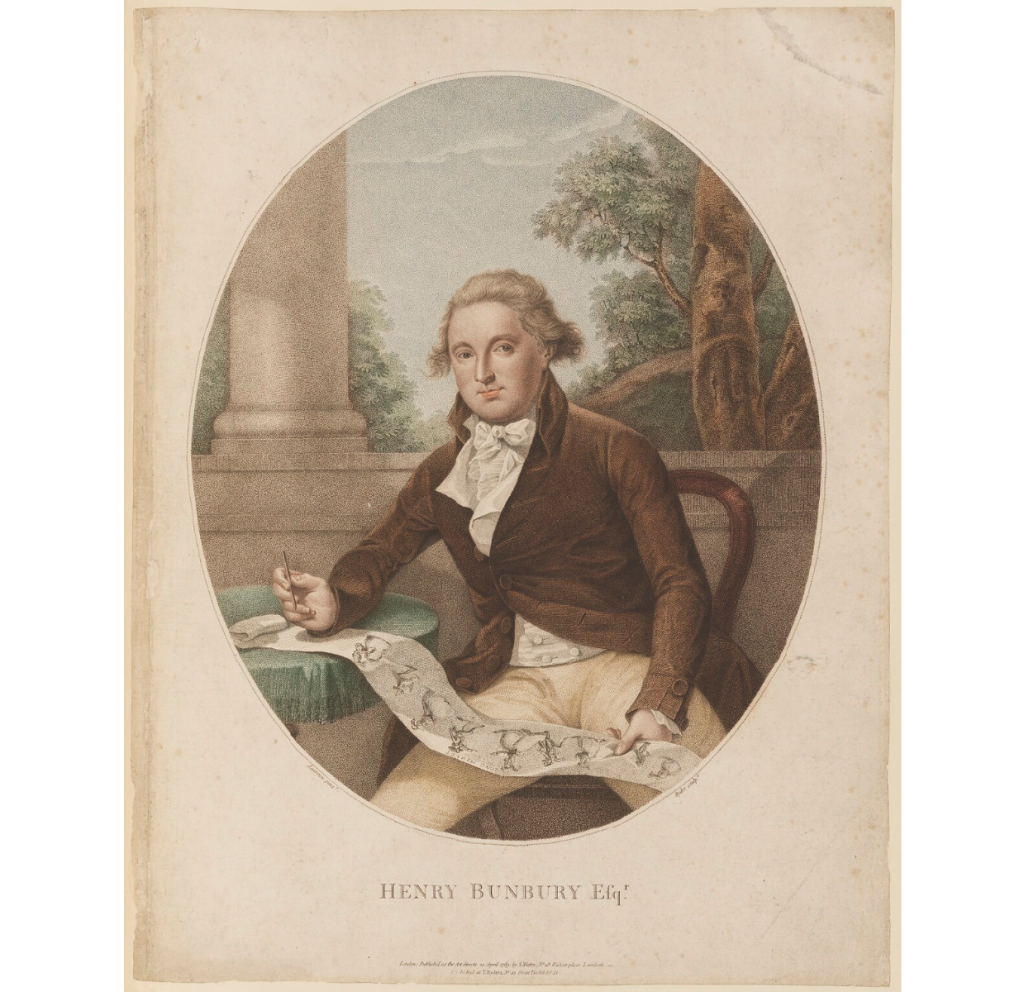 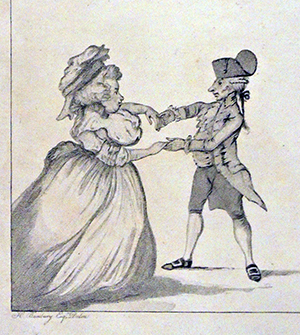