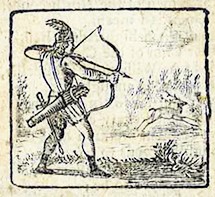 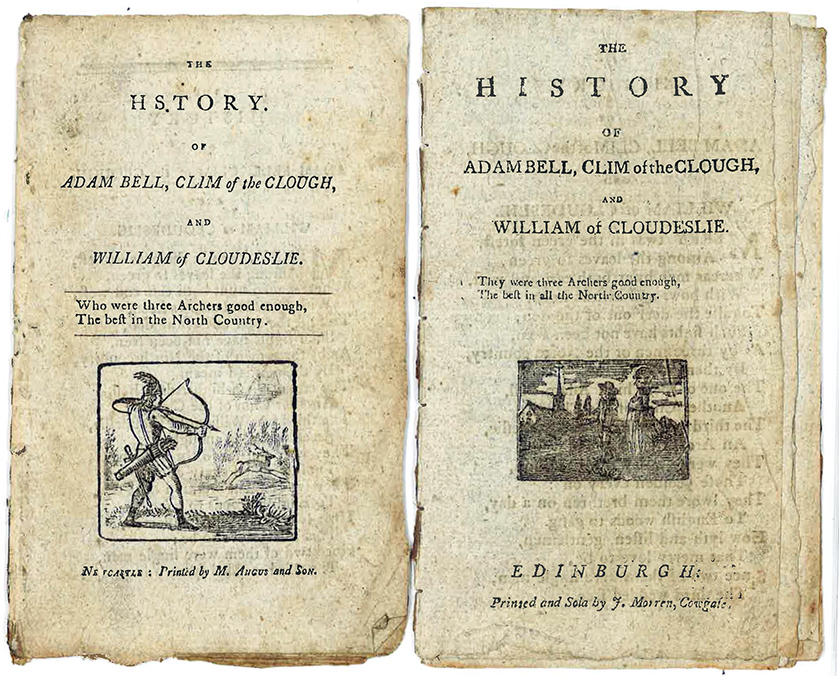 Thanks to a new gift from Bruce Willsie ’86, Princeton now holds four editions of the popular outlaw saga, The History of Adam Bell, Clim of the Clough, and William of Cloudeslie. Note the slight difference in the two lines of verse under each title.

Here’s a good summary of the story: https://englishhistoryauthors.blogspot.com/2018/04/robin-hood-vs-bell-clim-and-cloudesley.html, which is similar to the better known tale of Robin Hood.

“As a lively, self-contained and substantive tale of outlawry, Adam Bell, Clim of the Clough and William of Cloudesley is the only work that rivals stories of Robin Hood in popularity and antiquity. No outlaw ballad, except the pivotal A Gest of Robyn Hod, was printed earlier than Adam Bell; the earliest fragments of the ballad survive form an edition of 1536, and the poem was then reprinted another half-dozen times or more within the next seventy-five years.

Adam Bell is only one-third as long as A Gest of Robyn Hode, but it is twice the length of the earliest unprinted Robin Hood ballads, . . . and six times the length of the many seventeenth-century broadside ballads that celebrate the deeds of Robin Hood. …The narrative was reprinted, presumably in its entirety, perhaps twice, in the 1540s, and again in 1557-8, 1582, 1586, 1594 and several more times in the first decade of the seventeenth century. Its remarkable popularity and commercial success inspired an anaemic sequel, added in 1586 and to most later editions…

…Though allusions to William, Adams, and Clim would no doubt be lost on most modern audiences, the outlaws remained formidable rivals to Robin Hood and his band, in both oral and print culture, through to the end of the seventeenth century.”—Medieval Outlaws: Ten Tales in Modern English, edited by Thomas H. Ohlgren (1998). 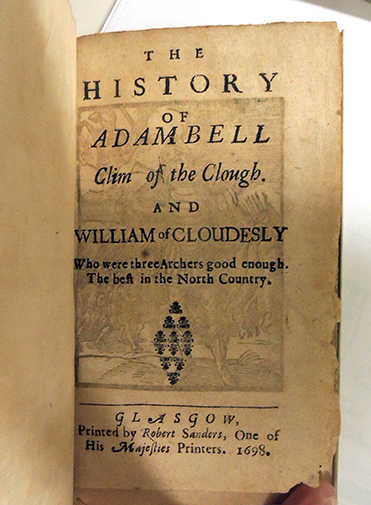 What does the name Clim of the Clough mean? “This surname is derived from a geographical locality. ‘at the dough,’ from residence thereby. A clough is a breach in the hillside, a ravine between hills. ‘Boggart Hole Clough’ is well known to Manchester people; v. Clow.” https://forebears.io/surnames/clough#meaning 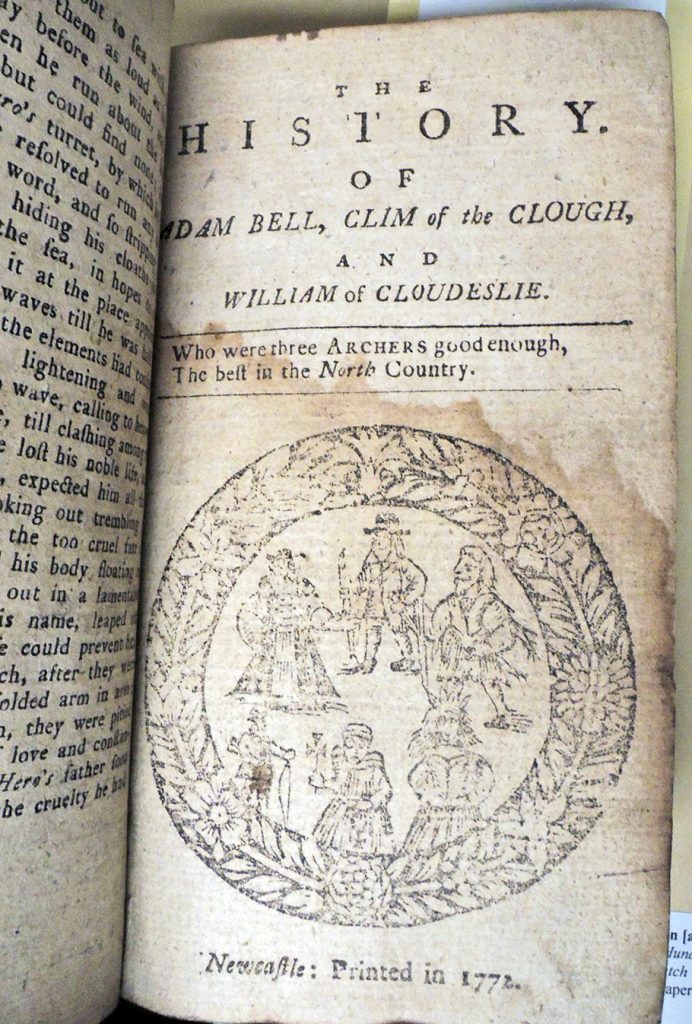 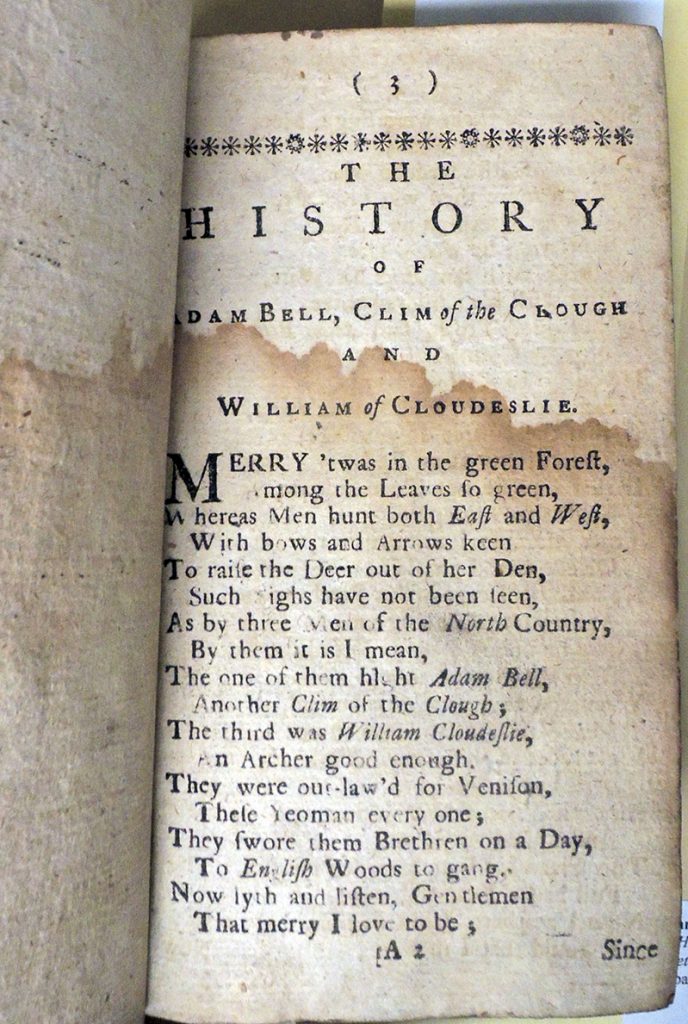 Mery it was in grene forest,
Amonge the leves grene,
Where that men walke both east and west,
Wyth bowes and arrowes kene,

To ryse the dere out of theyr denne;
Suche sightes as hath ofte bene sene,
As by the yemen of the north countrey,
By them it is as I meane.

The one of them hight Adam Bel,
The other Clym of the Clough,
The thyrd was William of Cloudesly,
An archer good ynough.

They were outlawed for venyson,
These thre yemen everechone;
They swore them brethen upon a day,
To Englysshe wood for to gone. 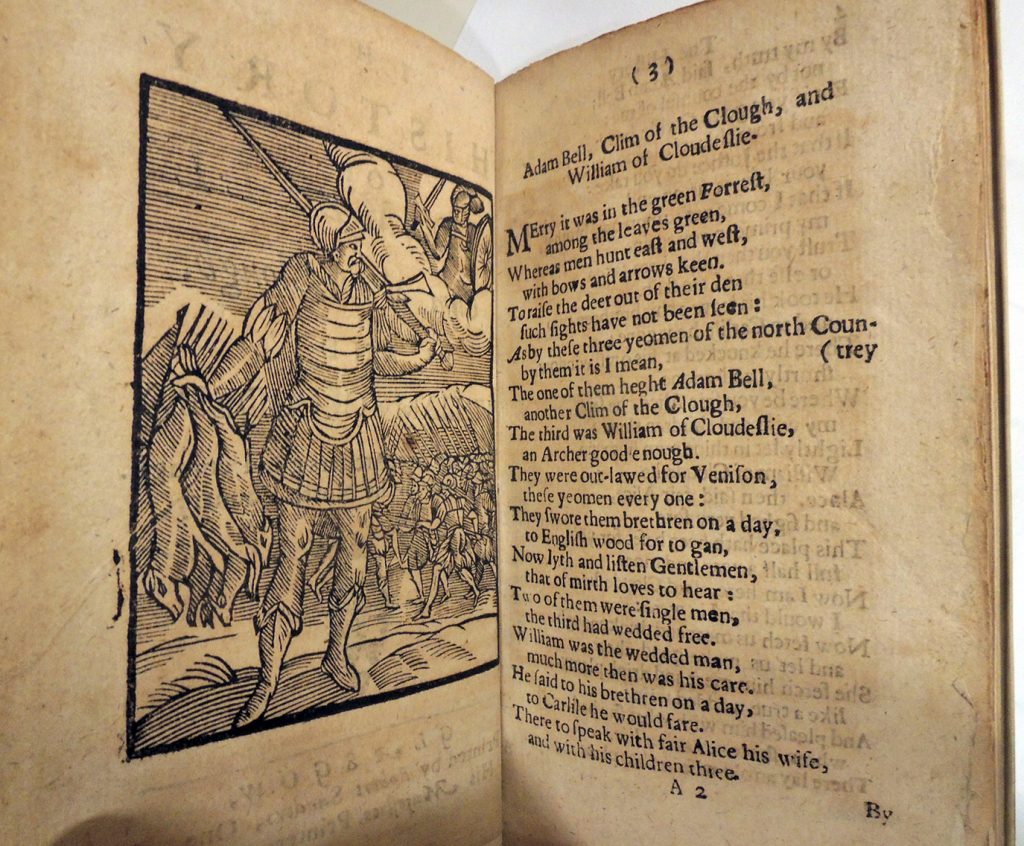 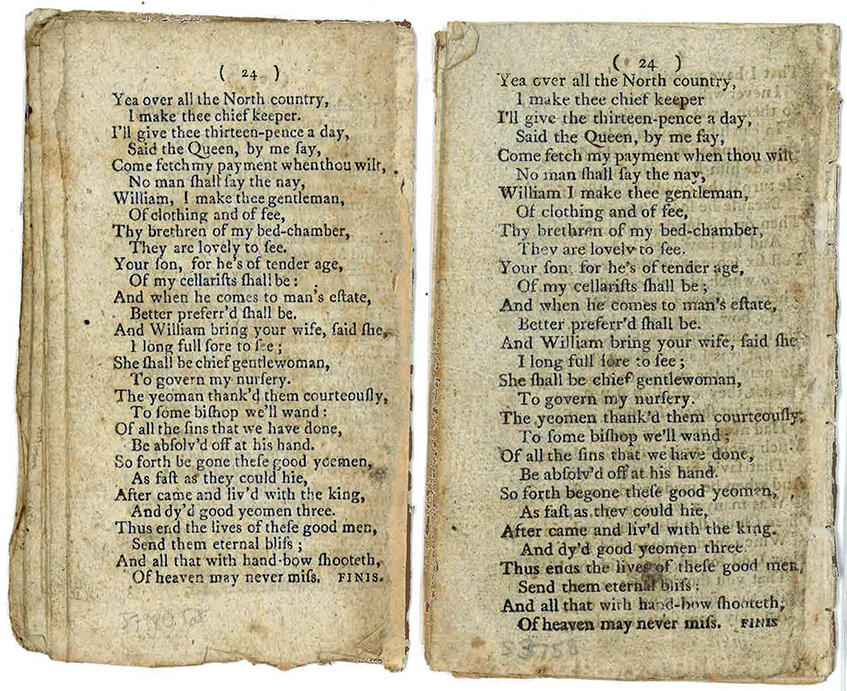 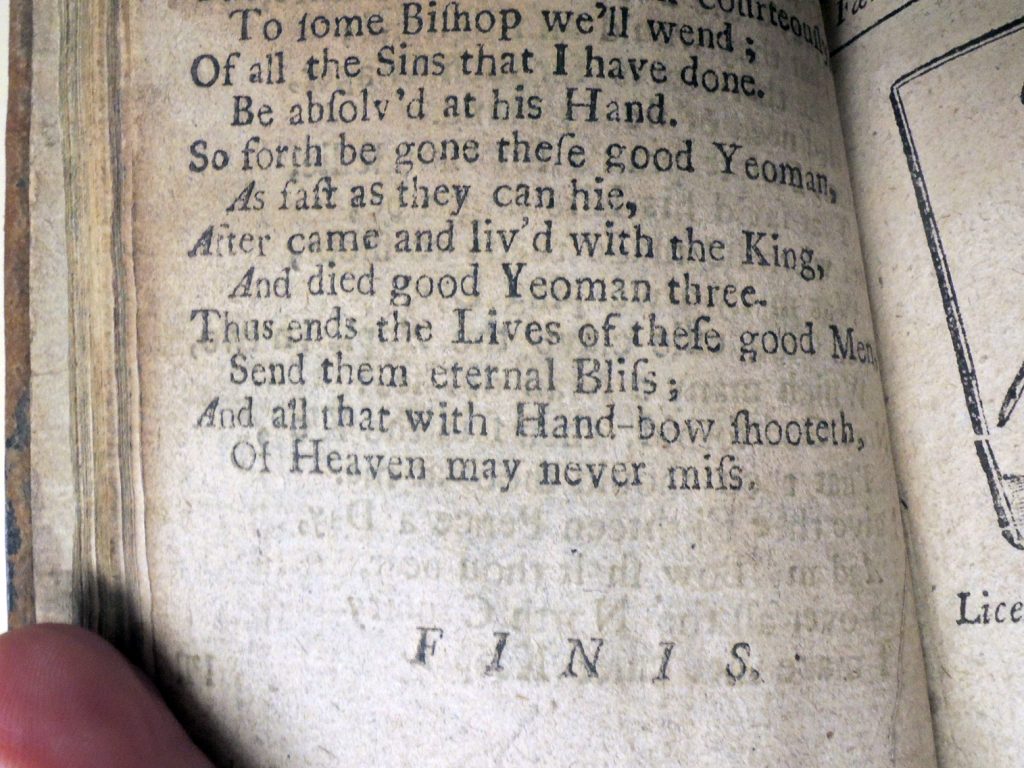 Thus ends the Lives of these good Men / Send them eternal Bliss; / And all that with Hand-bow shooteth, / Of Heaven may never miss.