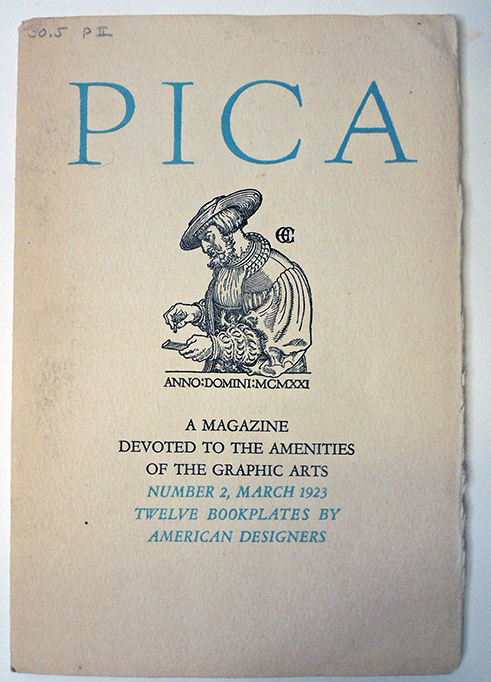 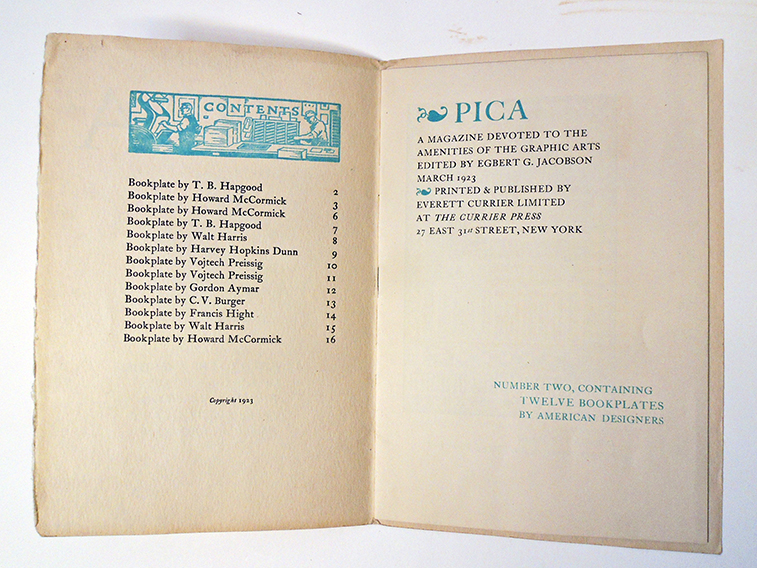 One issue of a small printing magazine turned up recently from the Currier Press in New York City. Pica: a Magazine Devoted to the Amenities of the Graphic Arts (1922-1923) was the work of Canadian-born printer/publisher Everett Raymond Currier (1877-1954). Currier was one of a small band of white male typographers who formed the Stowaways, a private club of book and magazine designers that also included Elmer Adler (founder of the Princeton Graphic Arts Collection). See Currier below second from the right. 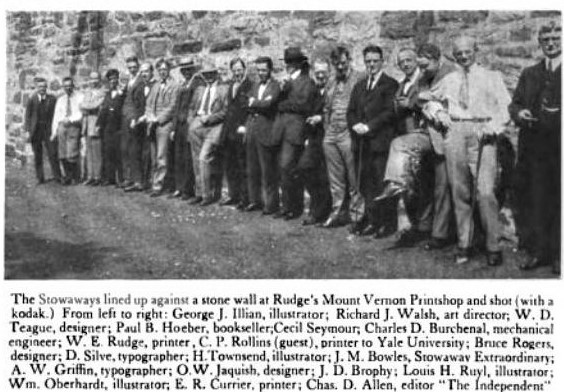 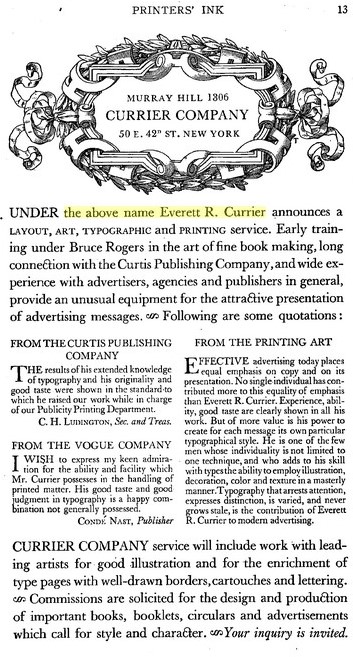 Currier trained with Merrymount Press of D.B. Updike before working with Bruce Rogers at Riverside Press and Heintzman Press in Boston. In 1906, together with Frederic Goudy, Currier established the innovative Currier Press in New York City and later, set up companies in Chicago and Philadelphia. He wrote several manuals on type and color, advised the Conde Nast firm in the design of their periodicals, and composed religious music on the side.

Among his many publications are: Everett Raymond Currier and Bruce Rogers, Type Spacing (New York: J.M. Bowles, Norman T.A. Munder, 1910, 1912). Reprinted from the “Graphic Arts magazine of August, 1910 … and the edition is limited to three hundred copies”–Colophon. 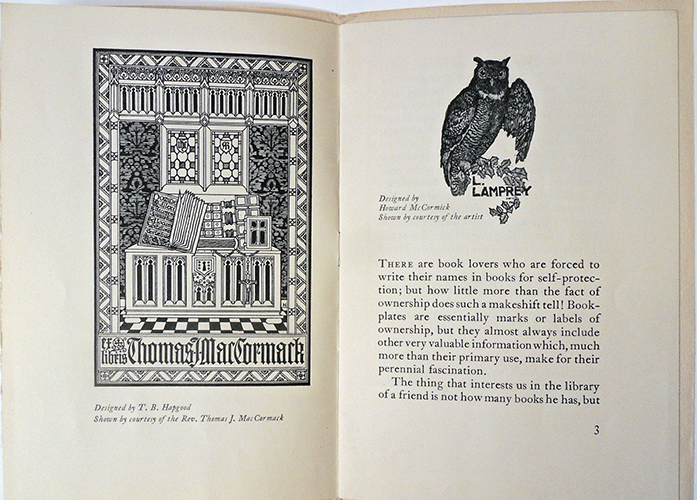 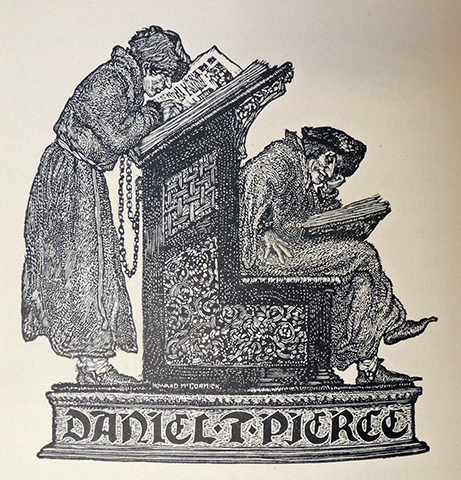 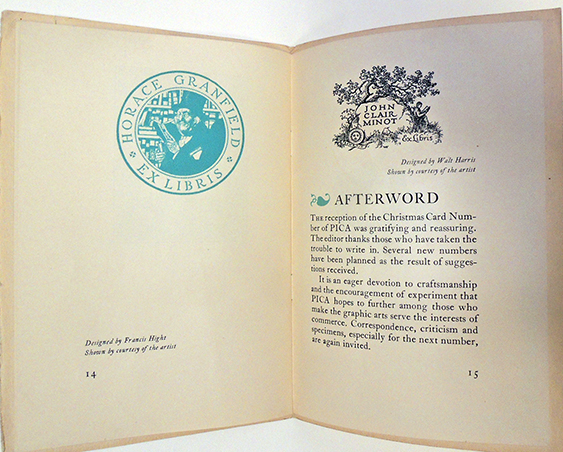 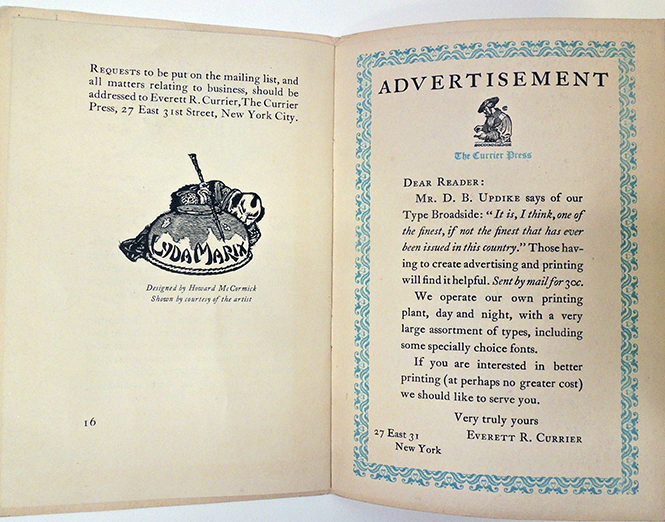 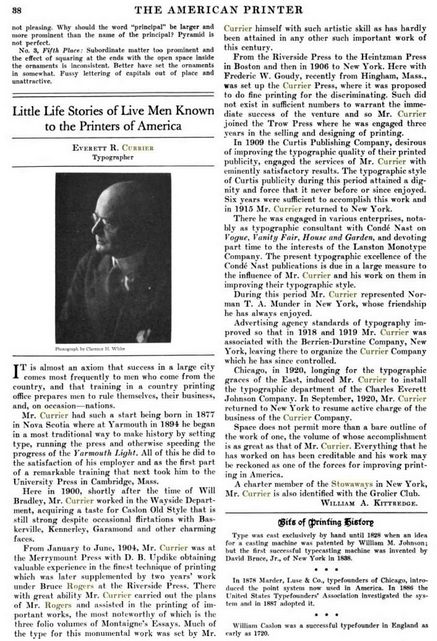 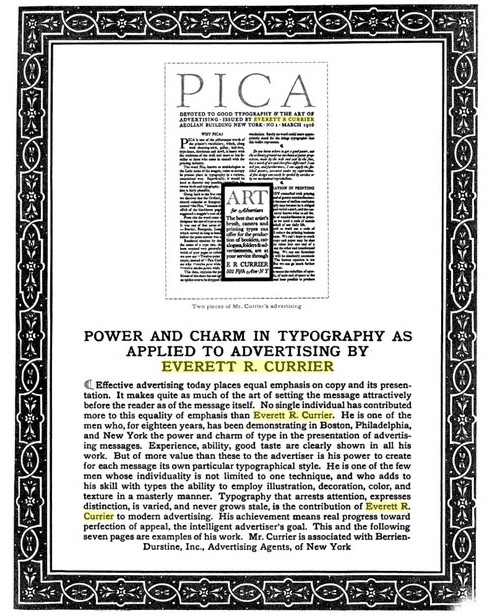