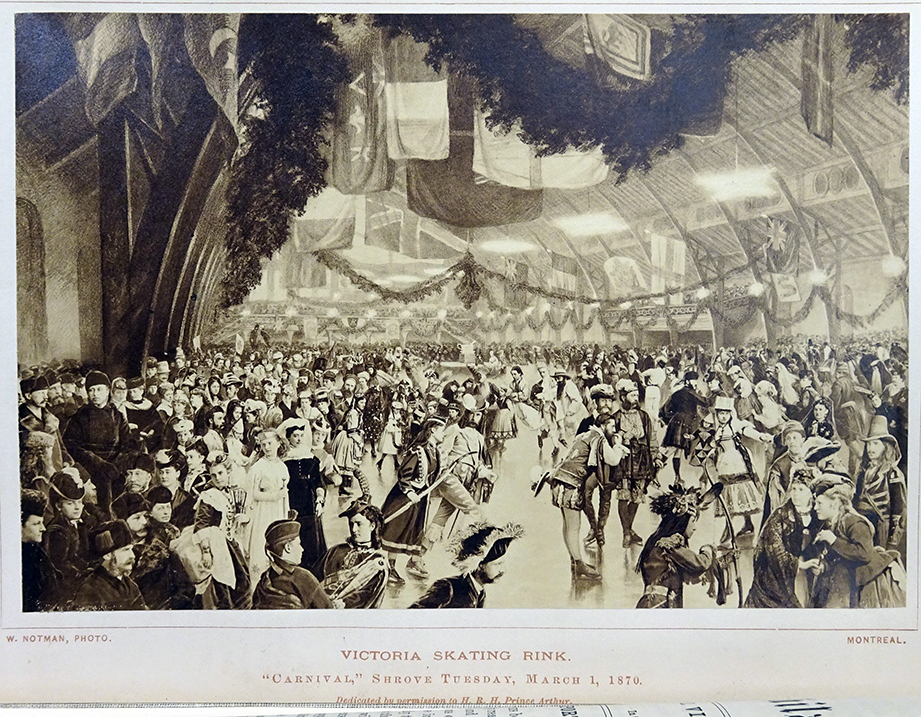 In May of 1870 the Canadian photographer William Notman sent the publisher Edward Wilson a copy of a composite photograph entitled “Victoria Skating Rink,” with an offer to edition the print for Wilson’s magazine The Philadelphia Photographer. The offer was immediately accepted and later that fall Wilson received several thousand albumen silver prints that were pasted into the December issue as a special end-of-year treat for his subscribers. Wilson wrote,

“Our picture this month is another example, on a more extended scale, of composition photography; and an example of a class of work which is perfectly legitimate in photography and to which in the future our best artists must reach. The subject is the “Skating Carnival,” which was given in Montreal last winter, during the visit of Prince Arthur [the Duke of Connaught, Queen Victoria’s youngest son], who may be seen in his fur cap, face front, on the left of the picture. It is the work of Mr. Wm. Notman, in Montreal, and as an example of this class, is admirable indeed.” 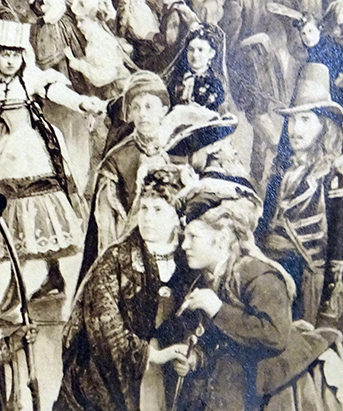 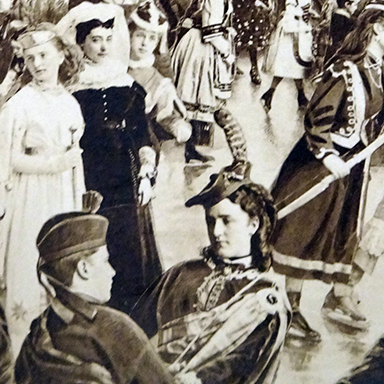 The fancy dress skating carnival had taken place on March 1, 1870, at the Victoria Rink in Montreal but Notman did not begin work until the following day, when he posted an invitation to anyone who skated at the carnival. Those men and women who attended were asked to come to his studio in costume, to be photographed individually. Approximately 150 portraits were shot, printed, trimmed, and then arranged into a group composition. The background was painted in and the whole scene rephotographed for an inter-negative from which an edition of albumen silver prints could be made.

The first composite prints were completed by April 25, barely two months after the carnival and one was immediately shipped to Wilson in Philadelphia, hoping it would be one of the monthly ‘embellishments’ to his popular journal. Wilson noted:

“The rules of composition are preserved throughout and the photography is excellent. …This is no easy performance, yet those acquainted with the rules of composition and grouping may attempt it and soon succeed. In this the harmony, the ease and naturalness of all the figures, together with the variety, the correct perspective, the perfect light and shade, and admirable definition, make it the most charming thing of the kind we have seen. Many nice studies for positions may be taken from this picture. It is full of matter for study, which fact we hope will be taken advantage of.”

Several large scale versions were also made by projecting the scene onto a light sensitive canvas using a solar enlarger. The photograph was over-painted in oil by Henry Sandham and Edward Sharpe, further obscuring the separate portraits. One such painted photograph is held at the McCord Museum, McGill University, measuring 37 1/2 x 53 1/2 inches, a gift of Charles Frederick Notman [N-0000.116.21.1 seen below] 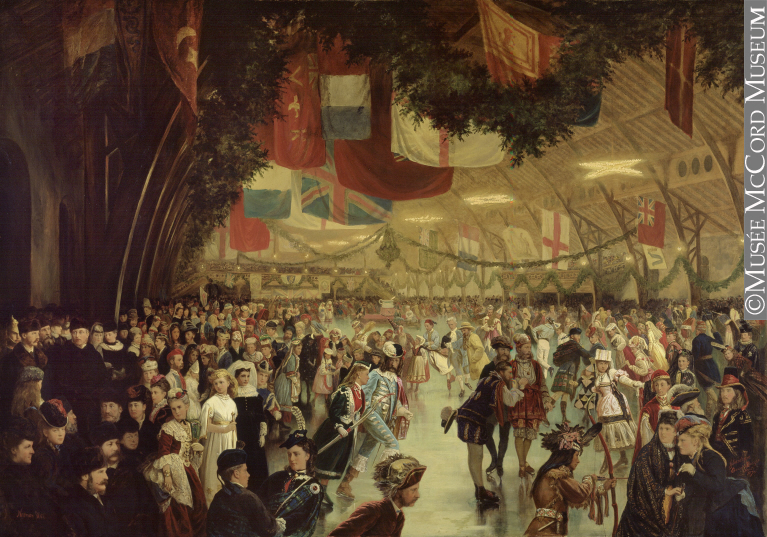 A key to the picture was also prepared, so some of the 150 individuals photographed could find themselves within the scene and want to buy a copy of the picture. 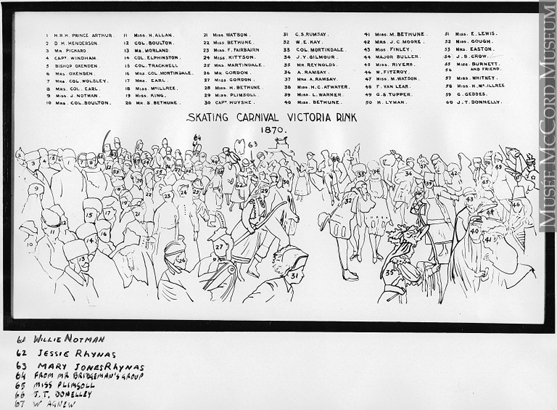