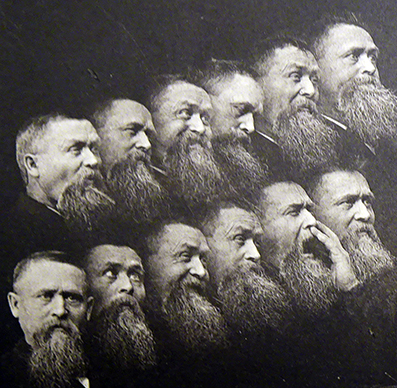 At the very end of the March 15, 1890, issue of Wilson’s Photographic Magazine, the editor threw in a photo-engraving [below] produced by the Moss Engraving Company after a negative by William P. Rhoades of Hot Springs, Arkansas, with a challenge to his thousands of readers to explain how the double exposure was made. With the next issue due out in only two weeks, Wilson emphasized, “Guesses are requested early.”

Not only did he receive a number of answers from around the United States but also examples of work produced in several different methods. In the April 5 issue, Wilson reprinted the photo-engraving and quickly reminded everyone this was not the first time anyone had created a double exposure. He credited Edward Z. Webster with making a daguerreotype in 1850 that included two self-portraits opposite each other at a table. Unfortunately, no reproduction was included and the daguerreotype is not known to have survived. Wilson called this “Freak” photography. 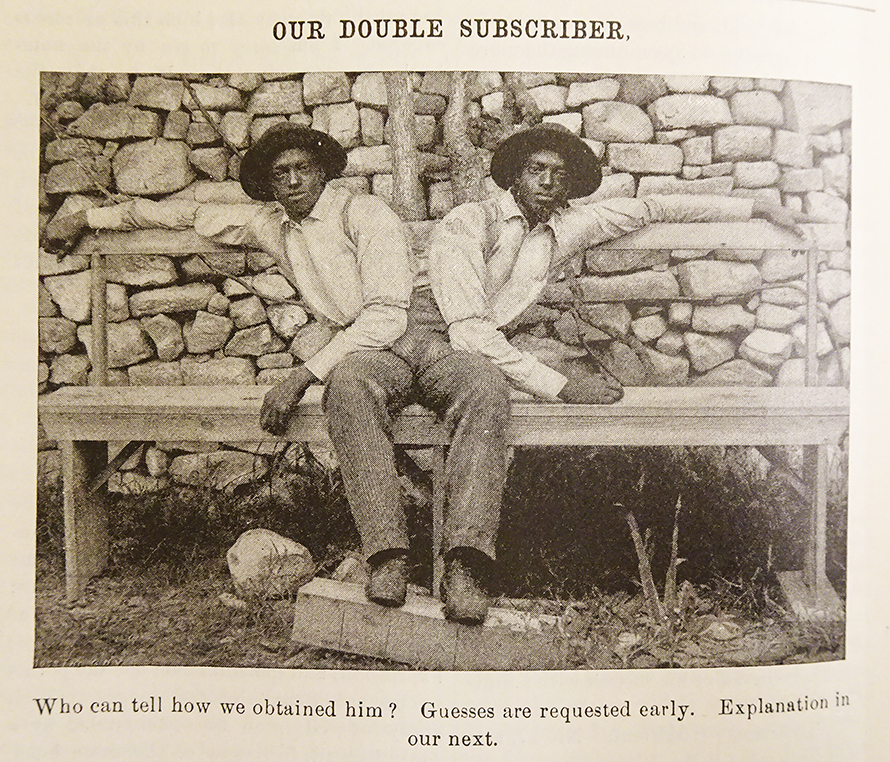 “The interest which has followed our article on the subject of “Freak” photographs, on page 207 of our magazine of April [5]th, has proven to be a great deal more widespread than we at first thought might be the case,” writes Wilson. “As one instance we may [state] (showing at the same time how quick our foreign co-workers are to follow the innovations and inventions of their American cousins), that we have already received a book from a German publisher which faces us with a reproduction of our own engraving of the “Double Subscriber,” accompanied by the instructions we gave for making “Freak” photographs…”.

One of the subscribers who answered Wilson’s challenge was Michigan photographer Abel J. Whalen, who not only described his camera-back apparatus but sent a group of photographs created using his patented process. Wilson published several and with all the publicity Whalen received, he went on to make “Freak” photographs a speciality.

Whalen, however, refused to allow Wilson to published the complete description of how his photographs were made. Instead, with Wilson’s approval, he offered readers the chance to purchase specimens, a vignetting box he would build, and instructions for creating their own pictures. In return, “I will expect $5 with each order.” 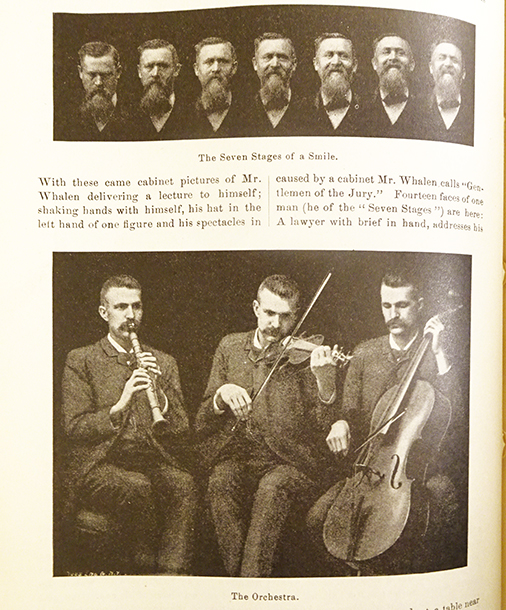 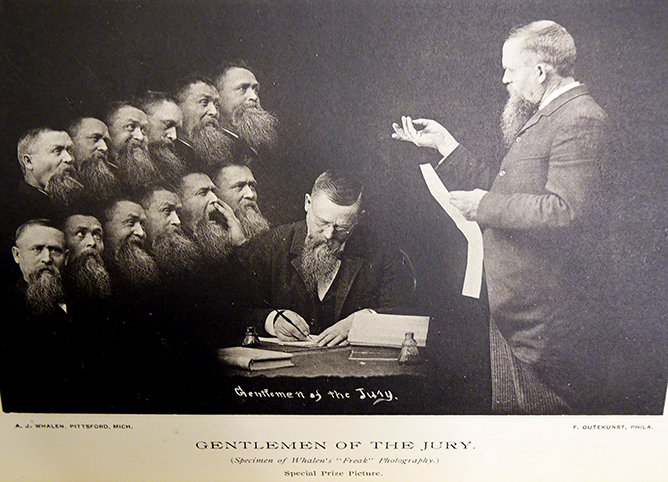 F. Gutekunst, Gentlemen of the Jury, Phototype print after a negative by Abel J. Whalen, 1890, published in Wilson’s Photographic Magazine, June 21, 1890. Whalen’s portrait is repeated 14 times against a black background.

“From time to time, since the publication of our issue of April 5th, we have presented articles upon what appear to be “the latest thing out” in photography, namely, “freak” photographs, or photographs which present the same subject in one or more attitudes upon the same plate. Several such pictures have been engraved for our pages, but we have been unable, until now, to present one of a style which, t us, seems to open up a fine lot of possibilities  for the genius of the enterprising photographers who are going to be the first to “get the business” there surely is in it form their patrons. We allude to the “Gentlemen of the Jury” of Mr. A.J. Whalen (formerly of Waldron), Pittsford, Mich. The old time “double” picture, already fully described on page 207 of our issue of April 5th, will, doubtless, have a “big run” too; but we think Mr. Whalen’s method of vignetting in the camera, by means of his “adjuster” and kit, such mysteries as his “Gentlemen of the Jury” gives results which are far more unique, and which, so readily produced, are sure to become popular.”

Wilson went on to highlight Whalen’s photographs several time in his many publications, including Wilson’s Photographic Magazine, Photographic Mosaics, and The Photographic Journal of America, while also running Whalen’s full-page advertisements. One can’t help but imagine it was a winning arrangement for both men, giving Wilson popular copy for the magazine and Whalen a good income. 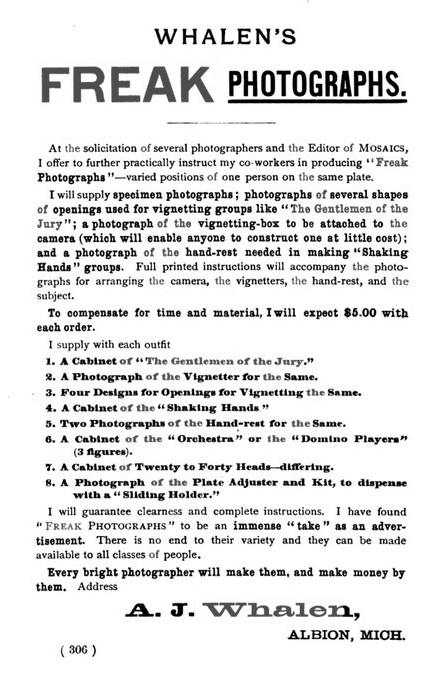