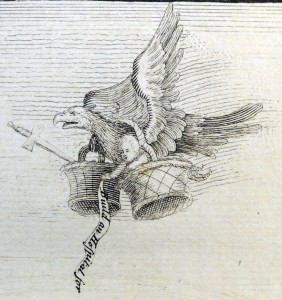 London engraver Charles Mosley published four satirical prints, 1737 to 1740, on the ‘European race’ between nations. The Graphic Arts Collection is fortunate to have acquired two of the rare set in honor of it former curator, Dale Roylance. 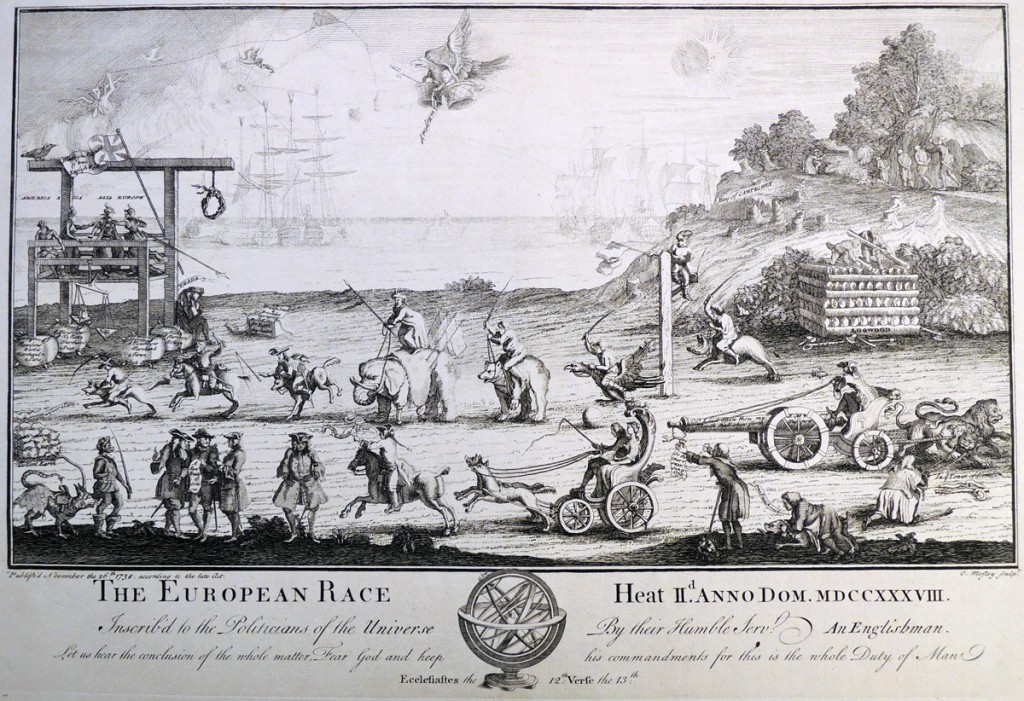 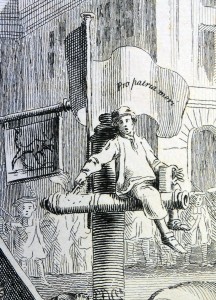 Sir Robert Walpole (1676–1745) figures in each scene, as he struggles to prevent war, against the wishes of the King and the House of Commons. In 1739 Walpole gave in and sent British forces into what became known as the War of Jenkins’ Ear.

Many animals and riders are competing, including the Turkish elephant, the Dutch boar, the French Fox, the Austrian eagle, and the Russian bear, among others. The skies are full of iconography, with a partial eclipse in 1738 along with cobwebs forming around the doves. By 1740, the devil has given up flying a kite and holds a small banner reading “un autre conven pour l’angleterre” [another convention for England]. 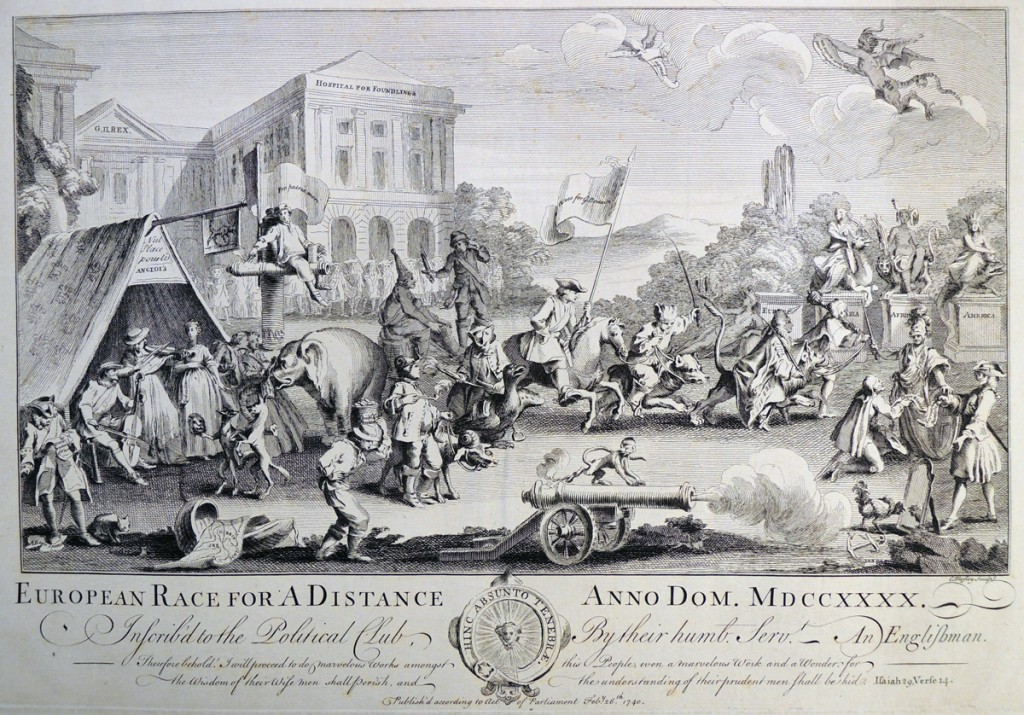 Charles Mosley (ca.1720-ca.1756), European Race for a Distance Anno dom. MDCCXXXX, Inscrib’d to the Political Club, by their humb. servt. An Englishman, February 26, 1740. Engraving. Graphic Arts Collection. Purchased in honor of Dale Roylance with the support of the Friend of the Princeton University Library.