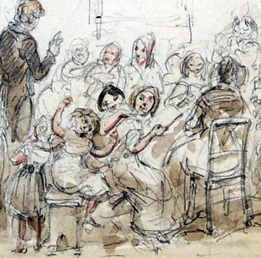 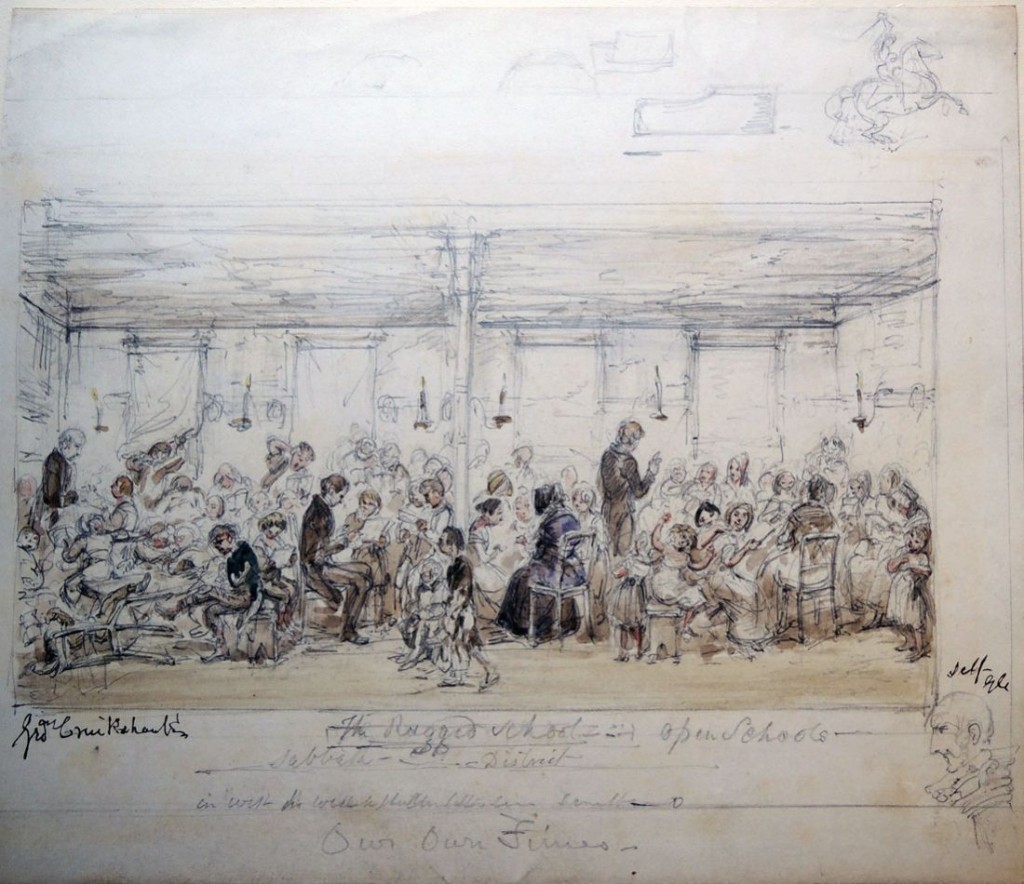 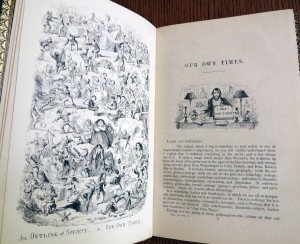 When in London, you can visit the Ragged School Museum, housed in three canalside buildings that once formed one of the largest ragged or free schools. According to the museum’s history site, “when Thomas Barnardo came to London from his home city of Dublin in 1866 … he was confronted by a city where disease was rife, poverty and overcrowding endemic and educational opportunities for the poor were non-existent. He watched helplessly as a cholera epidemic swept through the East End…. He gave up his medical training to pursue his local missionary works and in 1867 opened his first “ragged school” where children could gain a free basic education.” 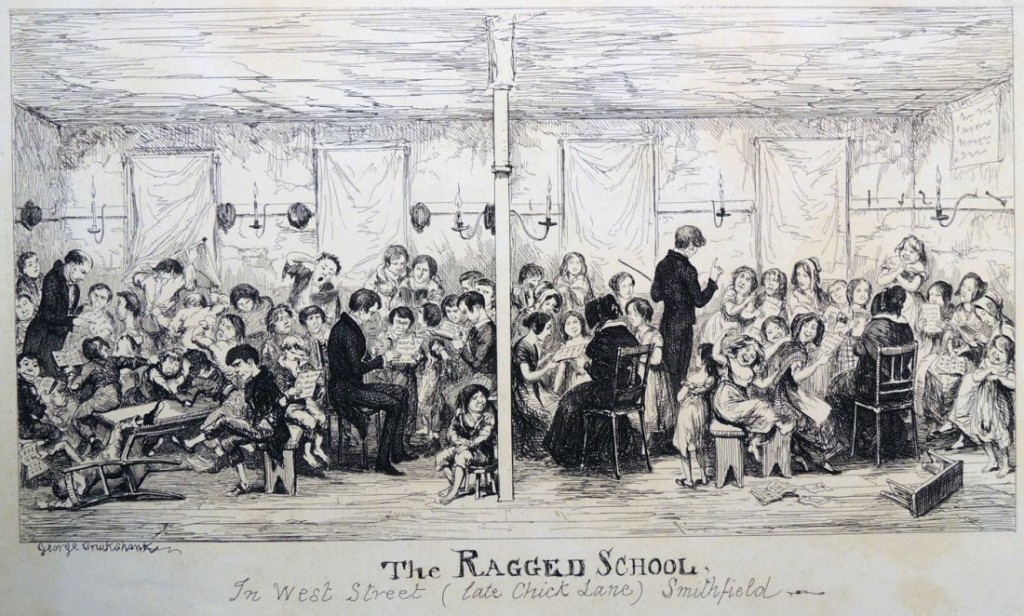 Ragged or free schools for London’s poor children existed long before Barnardo’s, usually set up in one room of a house. George Cruikshank (1792-1878) designed a view of such a classroom to illustrate his book Our Own Times, (Cohn 193). Published monthly from April to July 1846, each part had one original etching along with a total of 41 other illustrations.
Cruikshank’s scene divides the school into two sections, one for girls on the right and one for boys on the left. Note the self-portrait at the bottom right corner, signed “self, GC.” 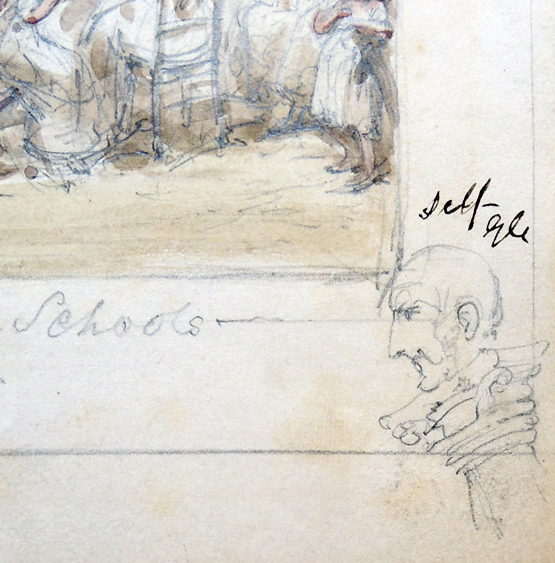 Goethe remarked, “One cannot have a sense of humour unless one be without conscience or responsibility.” By the end of the year, Cruikshank’s moral conscience had overtaken his interest in caricature and frivolous entertainment. He gave up drinking and smoking, joined the temperance movement, and in 1847 began the 8 plates for The Bottle.