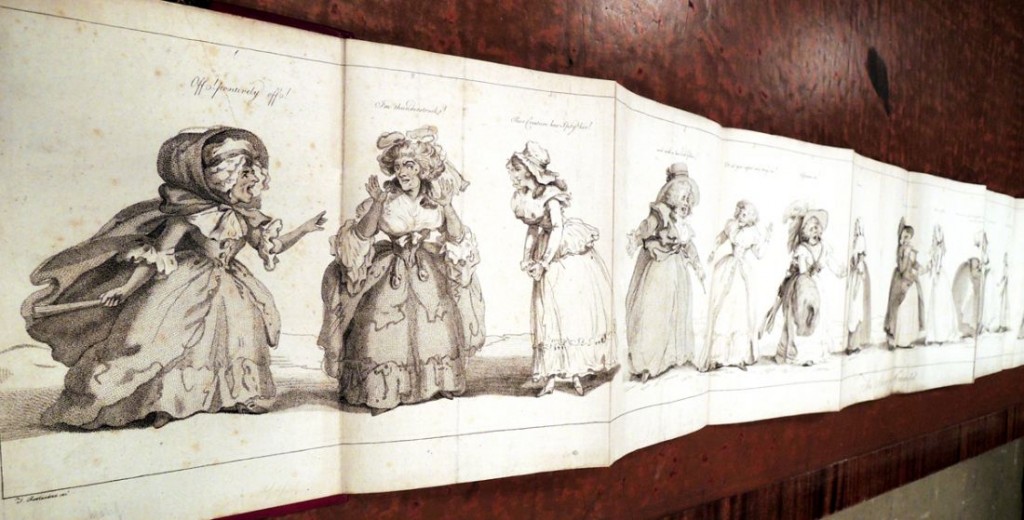 In 1788, when this panoramic print was made, Thomas Rowlandson was thirty-one years old. He had stopped exhibiting at the Royal Academy but hadn’t yet joined Rudolph Ackermann’s stable of artists. Thirty-seven year old Richard Brinsley Sheridan had given up management of the Drury Lane Theatre for politics, following the spectacular success of his play School for Scandal, which premiered in 1777. 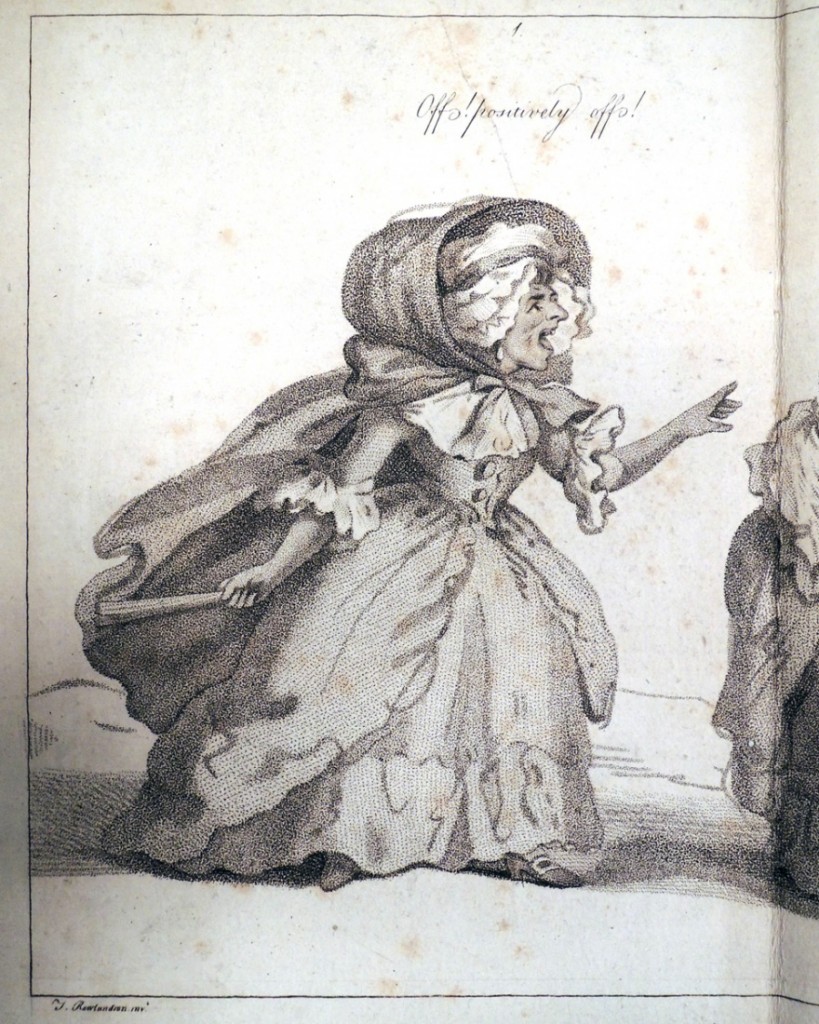 The text of School for Scandal was first printed in 1780 in Dublin. A note inside this volume describes how Sheridan refused to give his manuscript to a publisher, wishing to continue to work on it. Finally, “he presented a manuscript copy of it to his married sister, Mrs. Lefanu, in Dublin, to be disposed of, for her own advantage, to the managers of the Dublin Theatre. This brought her a hundred guineas and free admissions to the theatre.” 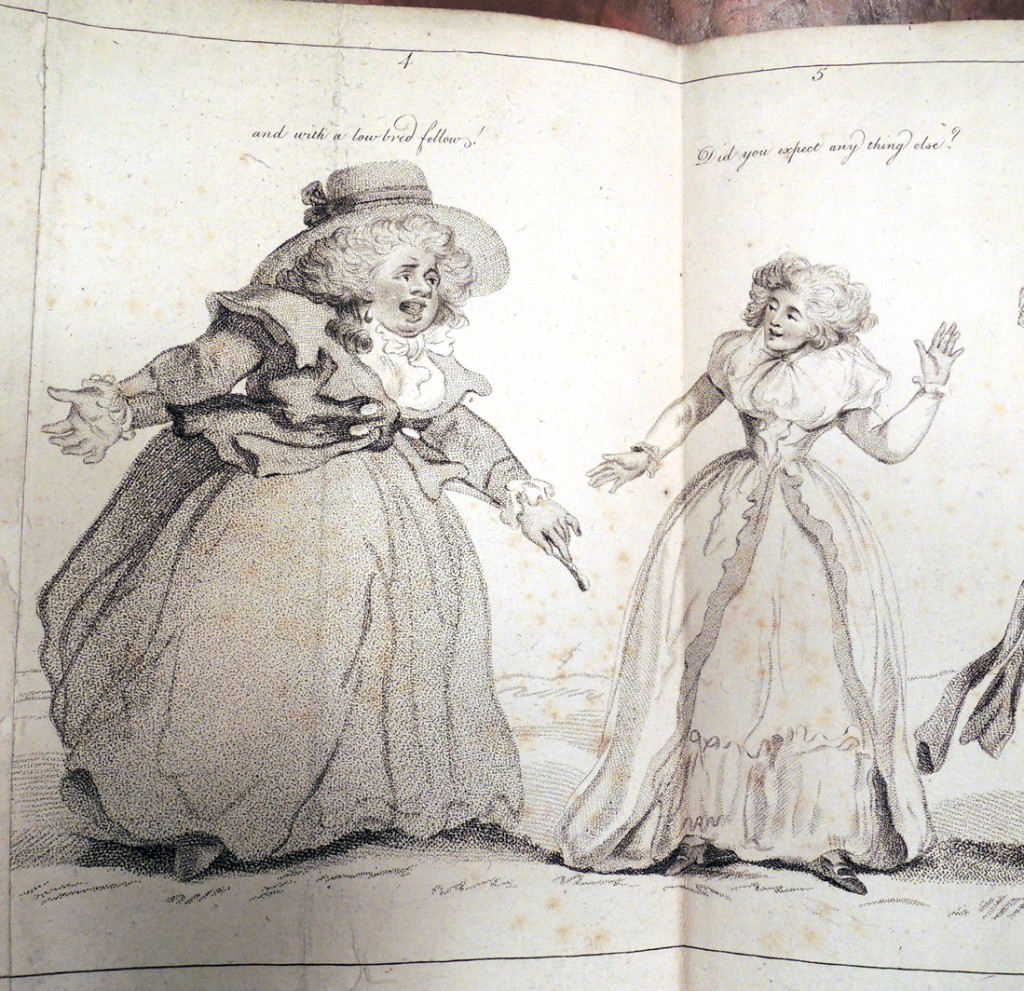 About this panoramic print Joseph Grego writes, “One of the long strips containing subjects arranged in series, which were popular at this period, belonging to the same order as The Bath Minuet and The Progress of a Lie, by H. Bunbury; A Country Dance and A Cotillon, by W. H. Kingsbury; The Installation Supper, as given at the Pantheon, by the Knights of the Bath (on May 26, 1788), by James Gillray; The Prince’s Bow, by F. G. Byron; English Slavery, or a Picture of the Times, 1788; Chesterfield Travestied, by Collings, &c, &c.”

The print has seventeen female figures, “of ages varying from a tender maid to an antiquated grandmother; the respective characteristics of the different individuals are hit off with Rowlandson’s usual spirit and success; the pretty maidens being extremely flattered, and the traits of less favored dowagers coming in for grotesque exaggerations. The fair members of this coterie are supposed to be making their several comments, as exclamations, upon a recent elopement, a proceeding not unusual at the time The School for Scandal was given to the public.” 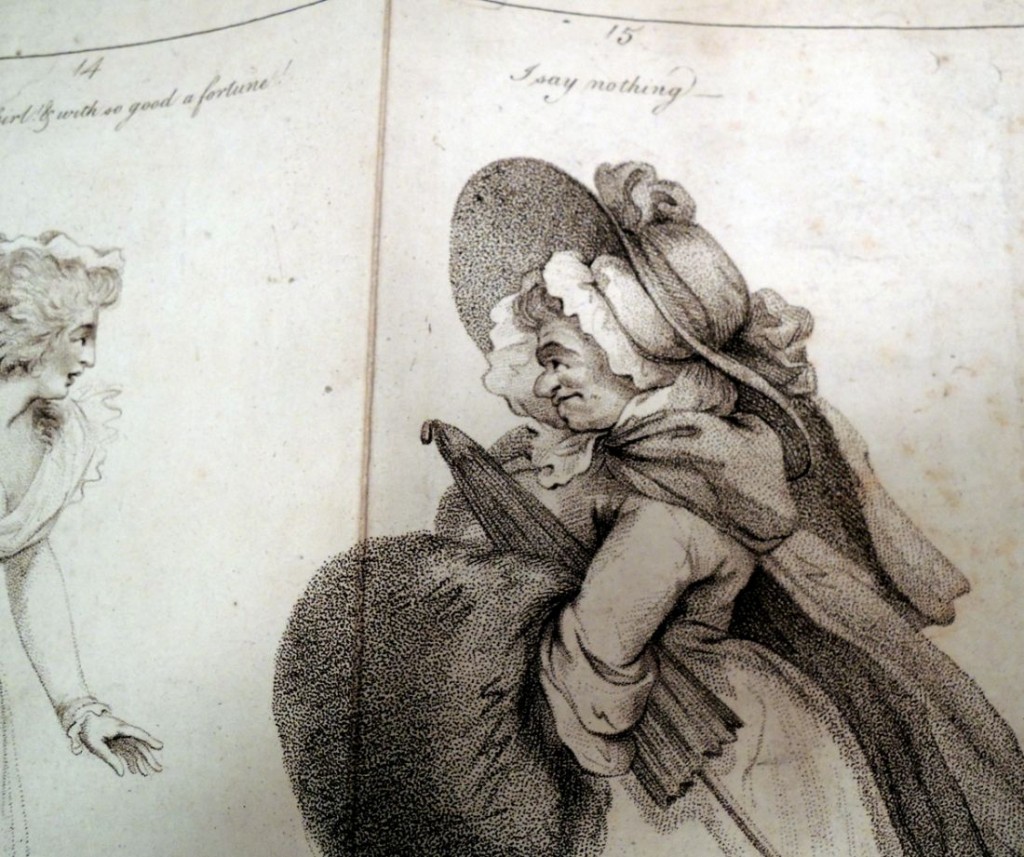 Read more in: Joseph Grego (1843-1908), Rowlandson the Caricaturist: a selection from his works, with anecdotal descriptions of his famous caricatures and a sketch of his life, times, and contemporaries (London: Chatto and Windus, 1880). Graphic Arts: Reference Collection (GARF) Oversize NE642.R7 G8q 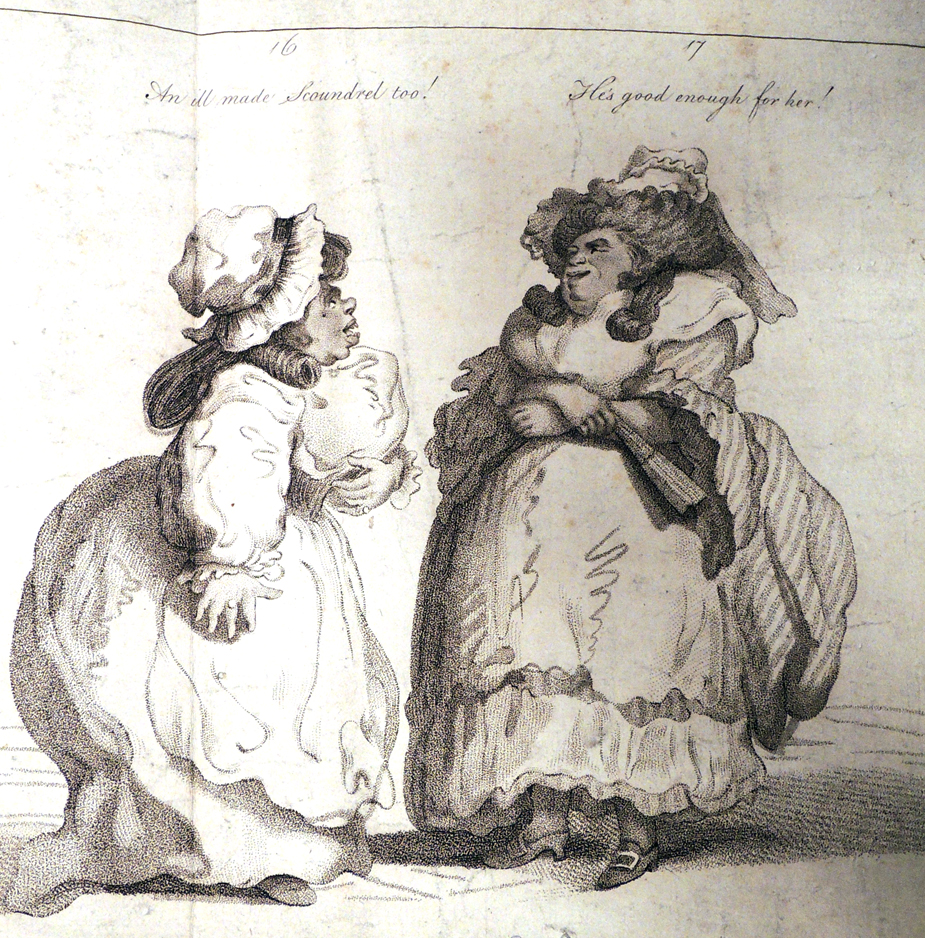 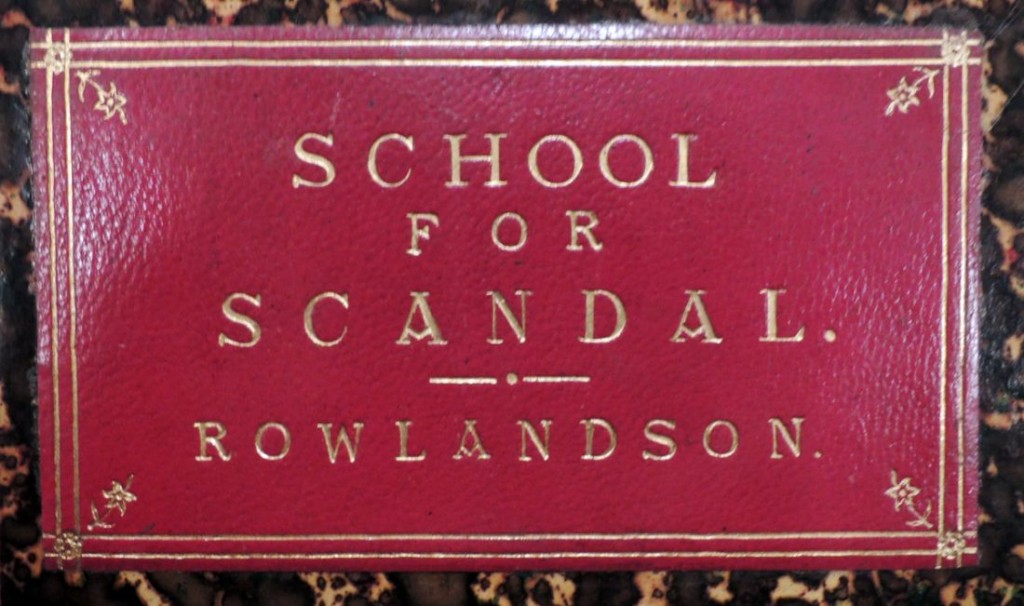