The sword is mounted against a mirror so you can see both sides of the blade.

Thanks to the generous gift of Carl Otto Kretzschmar von Kienbusch, Class of 1906 (1884-1976) Princeton University is the proud owner of the hunting sword owned and used by William of Orange, Prince of Nassau, after whom Nassau Hall was named. The blade bears on each side the initials P.V.O. (Prince of Orange), the Prince’s Arms, the Motto of the Order of the Garter, and his personal motto. We recently moved the sword out of Nassau Hall and into the Department of Rare Books and Special Collections.

The rest of the Von Kienbusch collection of Arms and Armor found its way to the Philadelphia Museum of Art. Their records note the following: “Born in 1884, Carl Otto Kretzschmar von Kienbusch lived his entire 91 years at 12 East 74th Street in New York City. By the early 1970s, von Kienbusch devoted the entire second floor of his residence to house his collection of medieval arms and armor, which was comprised of more than 1100 objects, including 35 full suits of armor, and more than 135 swords and 80 helmets.”

“Von Kienbusch graduated from Princeton University in 1906 and spent most of his life working in the tobacco industry. His family made their fortune in leaf tobacco. One of his earliest jobs, however, was with Bashford Dean, who at the time he hired von Kienbusch in 1912 was the curator of armor for the Metropolitan Museum of Art. Von Kienbusch represented Dean at armor auctions since the latter’s presence at such events often caused prices to rise.”

“Although von Kienbusch was completely blind the last 12 years of his life, he continued to add to his collection with the assistance of Harvey Murton, one of the last armorers, who also worked in that capacity for 43 years in the Metropolitan Museum’s Arms and Armor Department. Prior to his death in 1976, von Kienbusch bequeathed his collection to the Philadelphia Museum of Art, as well as his related library. Princeton University received his collection of rare books on angling and certain paintings, manuscripts and objects, as well as funding for men’s and women’s athletics, student aid, the library, and art museum.” 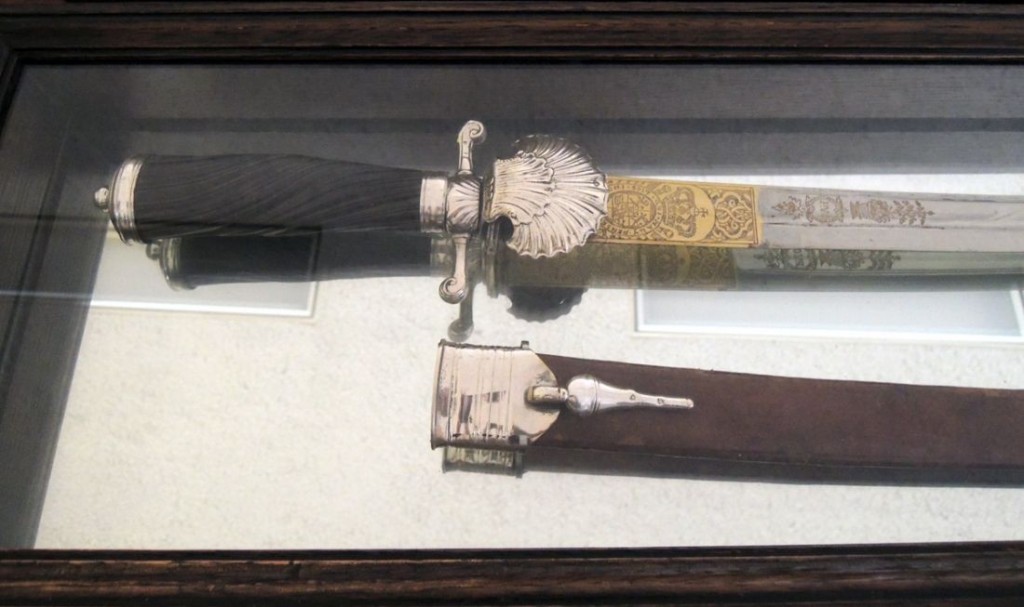