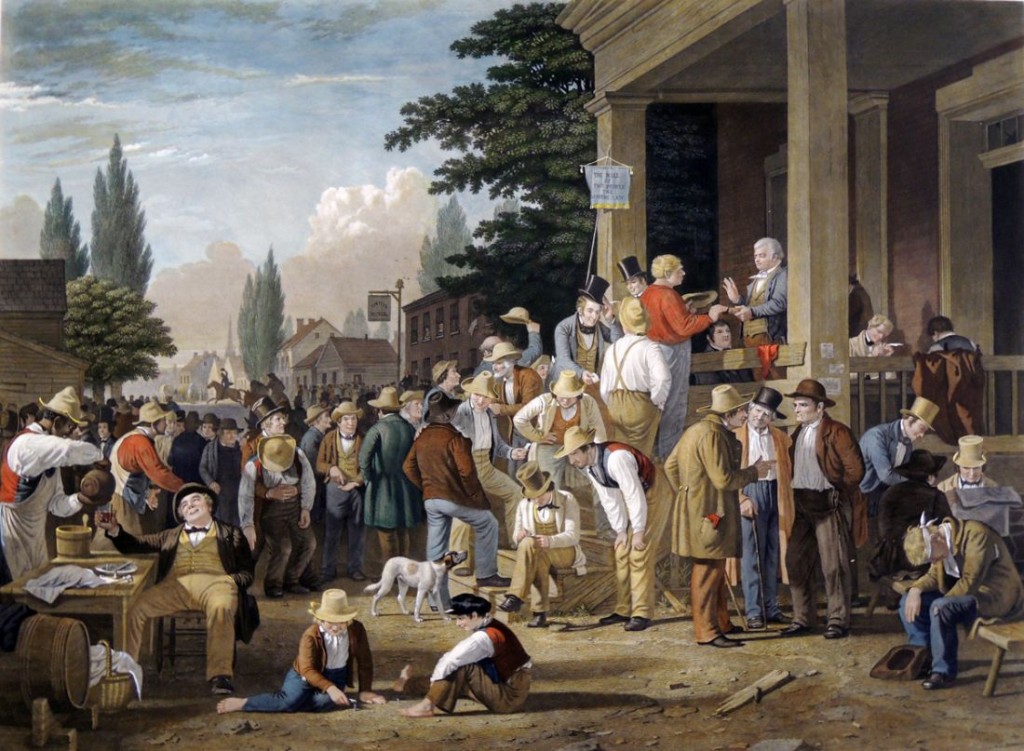 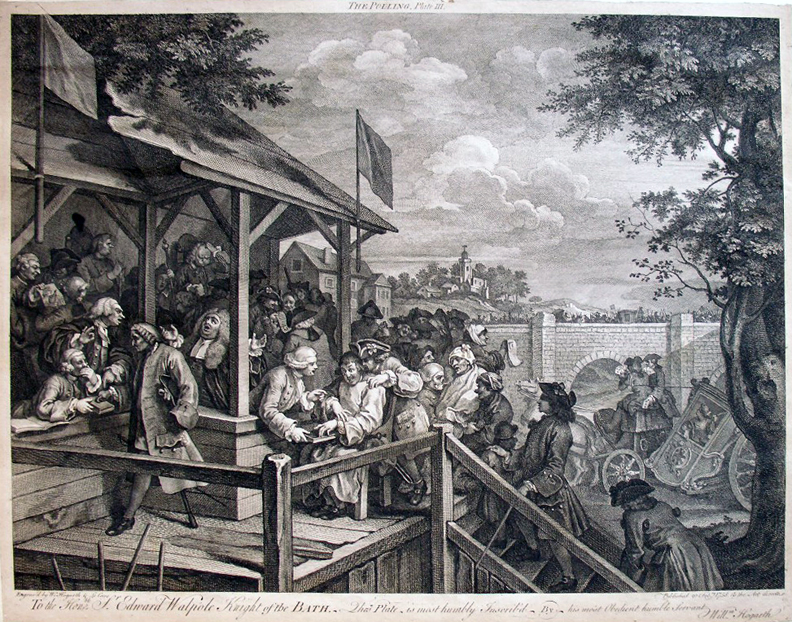 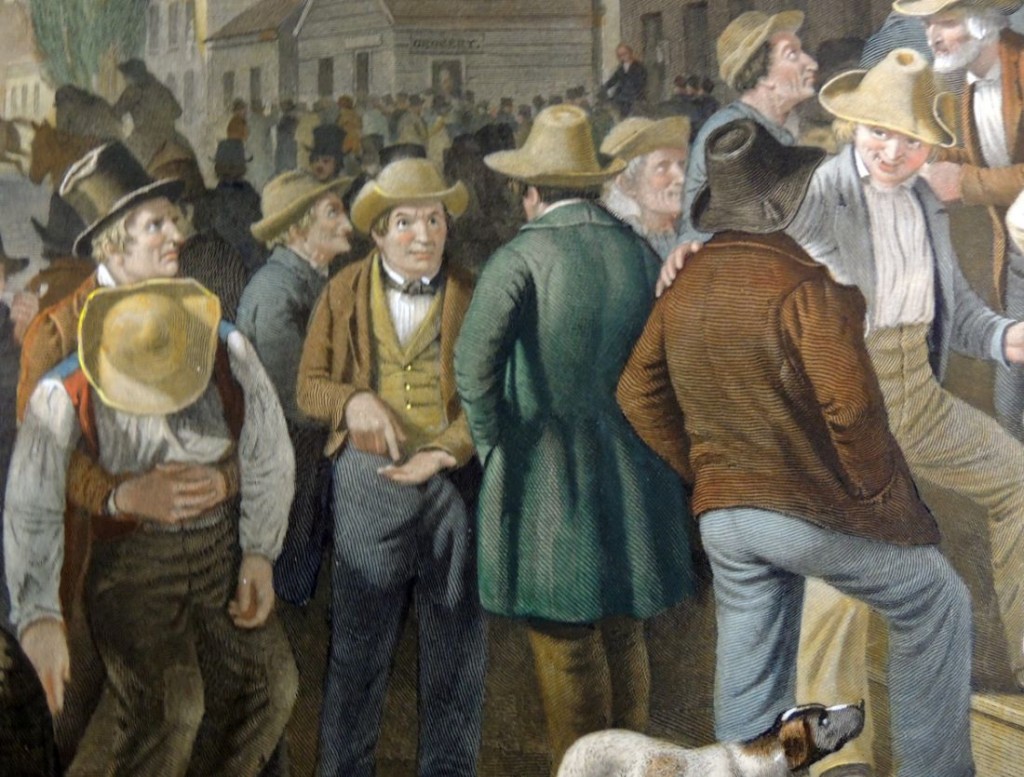 Not unlike William Hogarth in the 18th century, George Caleb Bingham painted a raucous 19th century scene presenting county politics, both good and bad. Although it is not recorded in the picture, we know that he was depicting an 1850 election in Saline County, Missouri, where he lived.

Neither African Americans nor women could vote in this election. In fact, there was no voter registration at all but any white male, conscious or unconscious, could participate. Each man had to swear on the Bible that he hasn’t already voted and then, speak his choice to the judge. Caucusing and drinking are all taking place nearby. 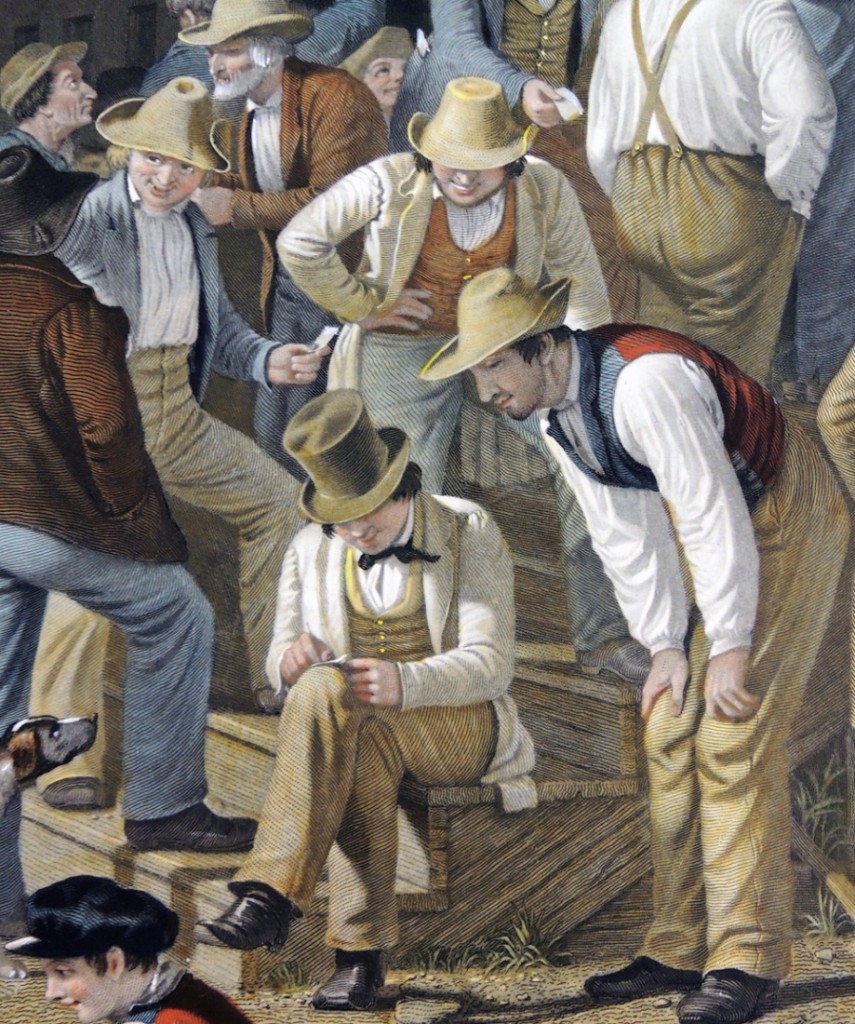 The man seated is the painter George Bingham himself, making sketches. 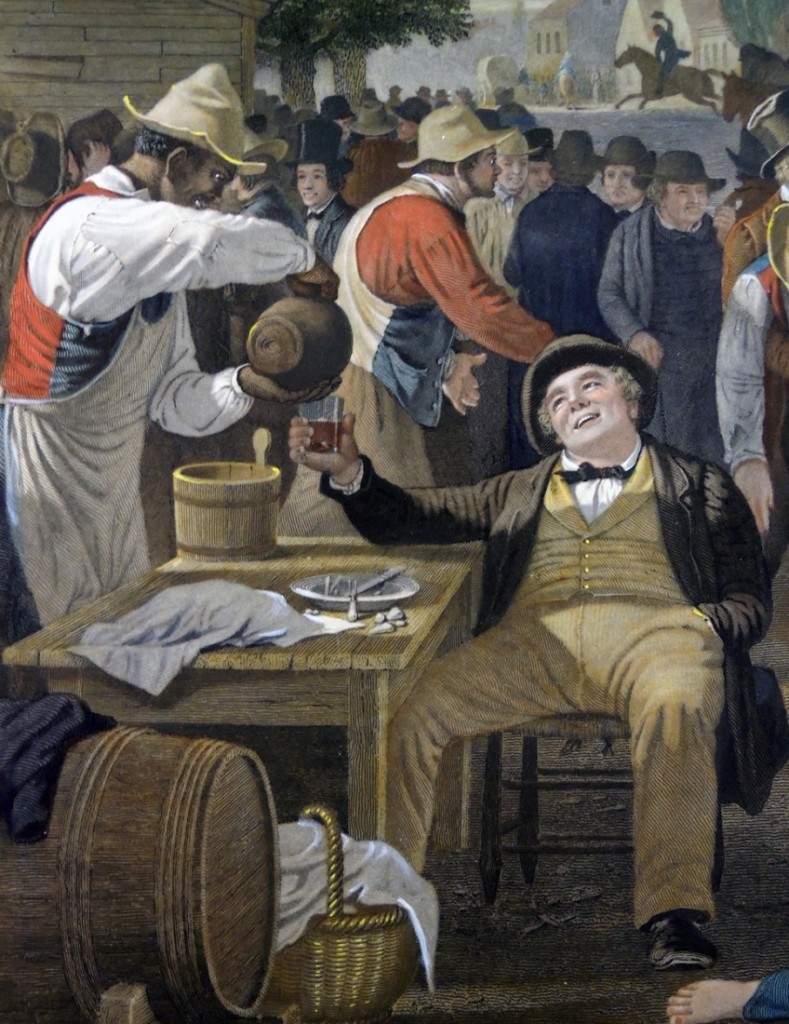 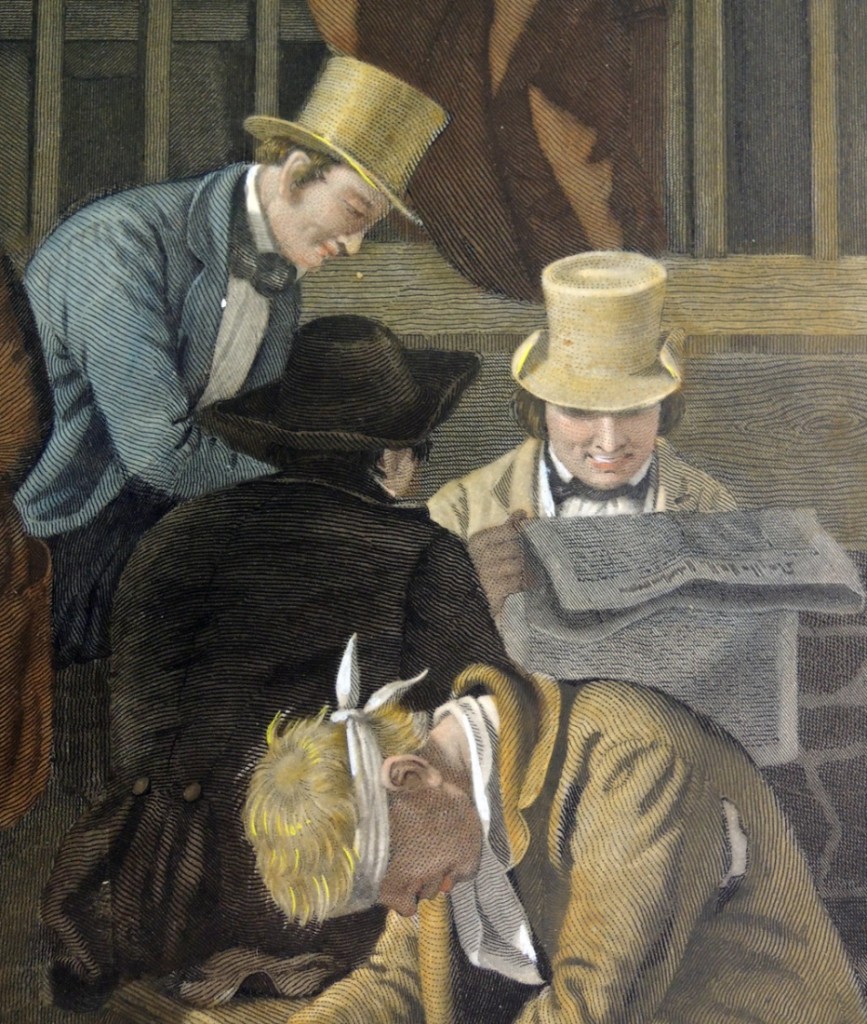