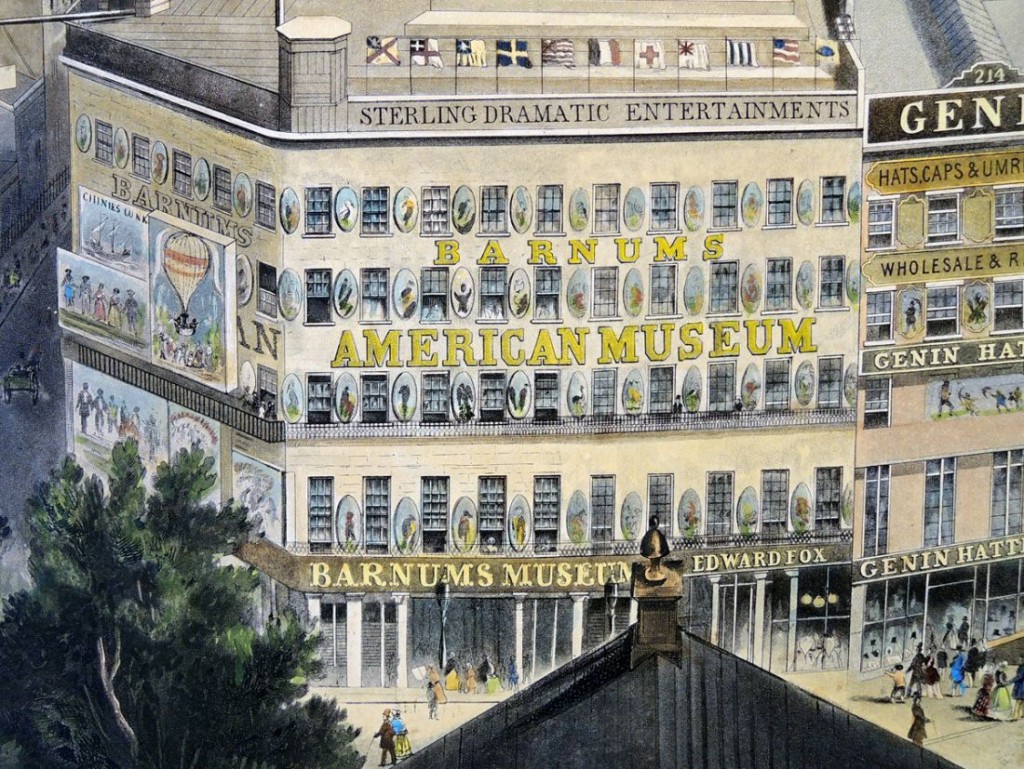 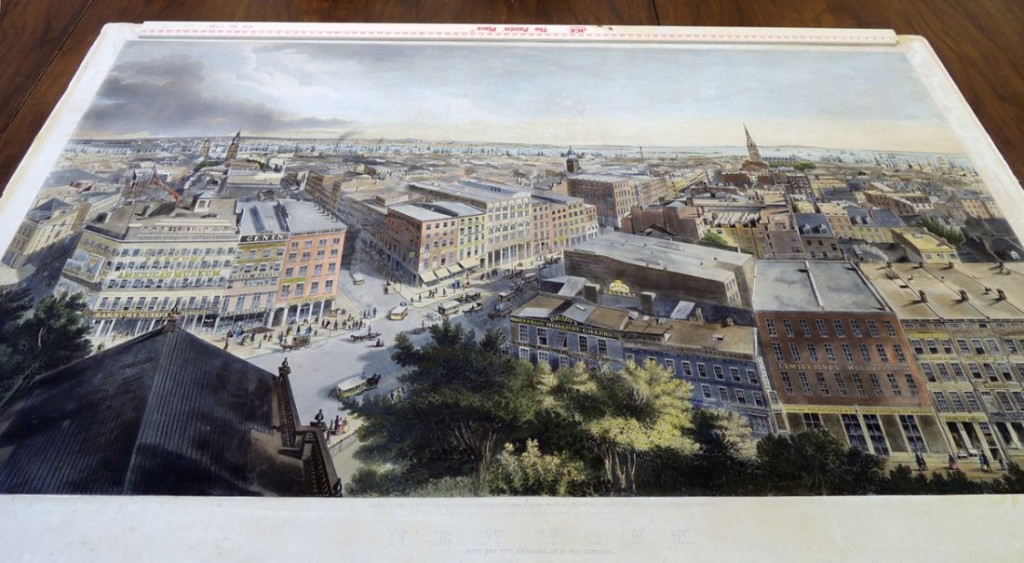 Henry Papprill (1817-1896) after a design by John William Hill (1812-1879), New York with the city of Brooklyn in the distance. From the steeple of St. Paul’s Church, looking east, south and west, 1849. Engraving and aquatint with hand color. Gift of Leonard L. Milberg, Class of 1953. Graphic Arts Collection

From atop the steeple of St. Paul’s Chapel, New York City’s only pre-revolutionary building still standing, located at the intersection of Broadway and Fulton Street, John W. Hill made a magnificent watercolor view of Lower Manhattan, which would serve as the basis for Papprill’s splendid print. The spire of Trinity Church commands the right (southern) part of this vista; at the center is the tower of the former Middle Dutch Church, which housed the city’s main post office. In the left foreground is P.T. Barnum’s Museum of Sensational Curiosities [and] in the center foreground is portrait photographer Mathew Brady’s Daguerrean Miniature Gallery. –From Marilyn Symmes, Impressions of New York (2005) 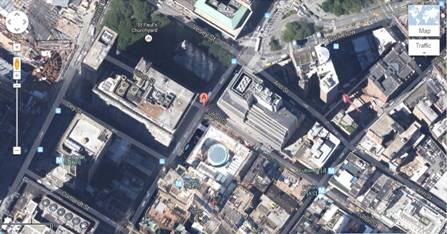 The corner of Fulton and Broadway today 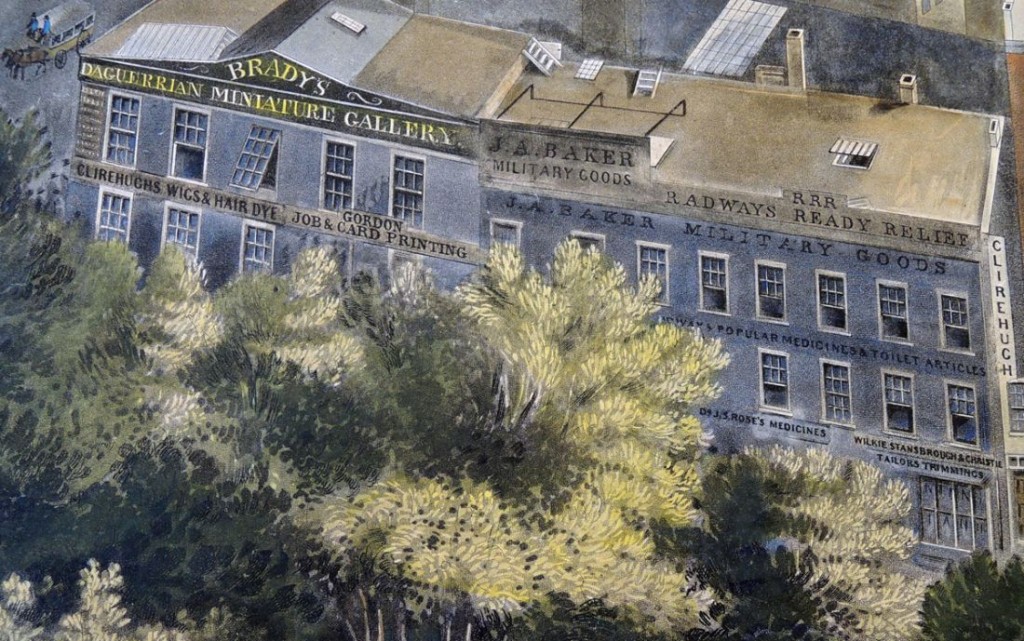 Mathew Brady occupied two large buildings, the old gallery at the corner of Fulton street and Broadway and the new gallery, No 359 Broadway, over Thompson’s Saloon. The latter gallery is apparently one of the most completely arranged daguerrean galleries in this country or in Europe. 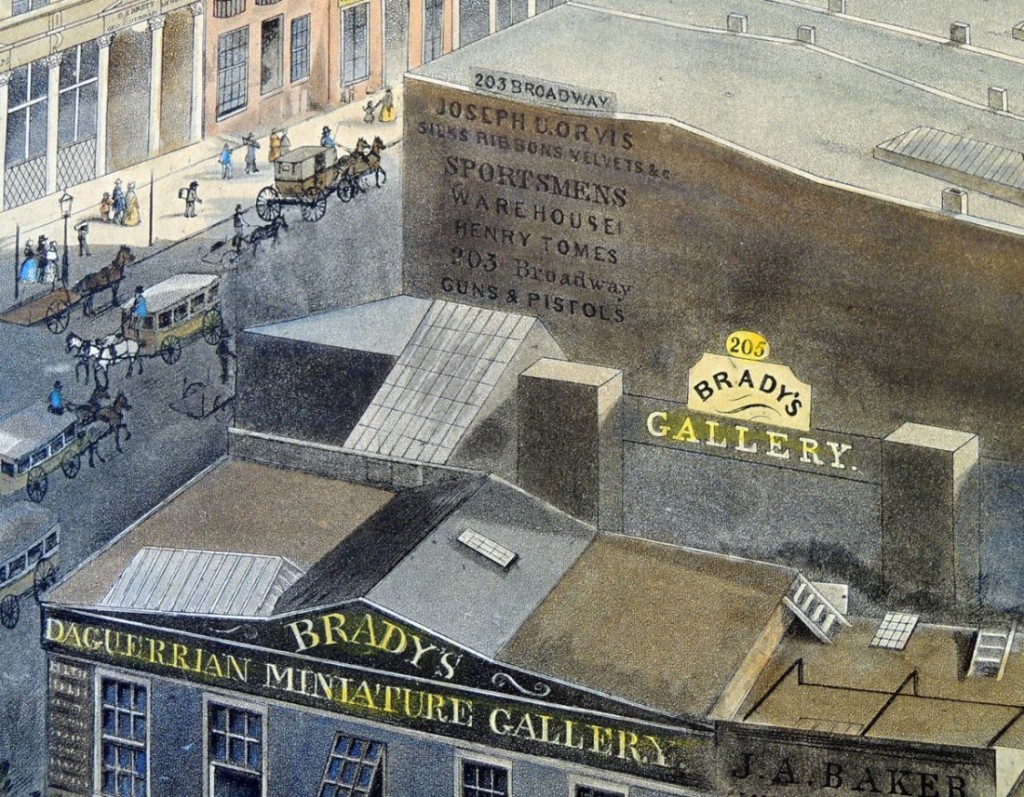 Note all the skylights at Brady’s studio

“IT is well known to many of our readers that this art has been elevated to a higher point in this country than in the land of its discovery. …Among the most widely celebrated daguerrean artists of our own city, M. B. Brady has been long favorably distinguished, and we have frequently presented our readers with copies of his production. The establishments of Mr. Brady occupy two large buildings, the old gallery, corner of Fulton street and Broadway, and the new gallery, No[.] 359 Broadway, over Thompson’s Saloon. The latter gallery is apparently one of the most completely arranged daguerrean galleries in this country or in Europe. The facilities for first-class pictures appear unrivaled; an additional building has been erected by which the reception room, ladies dressing-room, and operating rooms are on the same floor, being a desirable arrangement.” 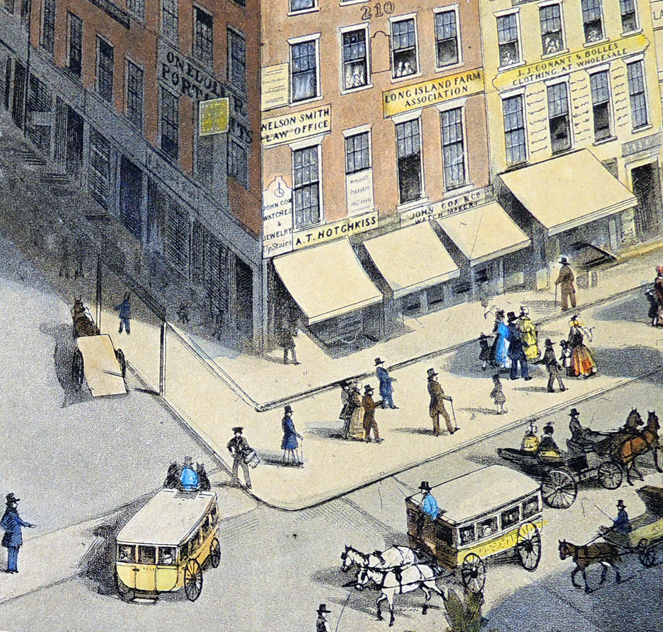 One dollar portraits on the second floor in the shadow