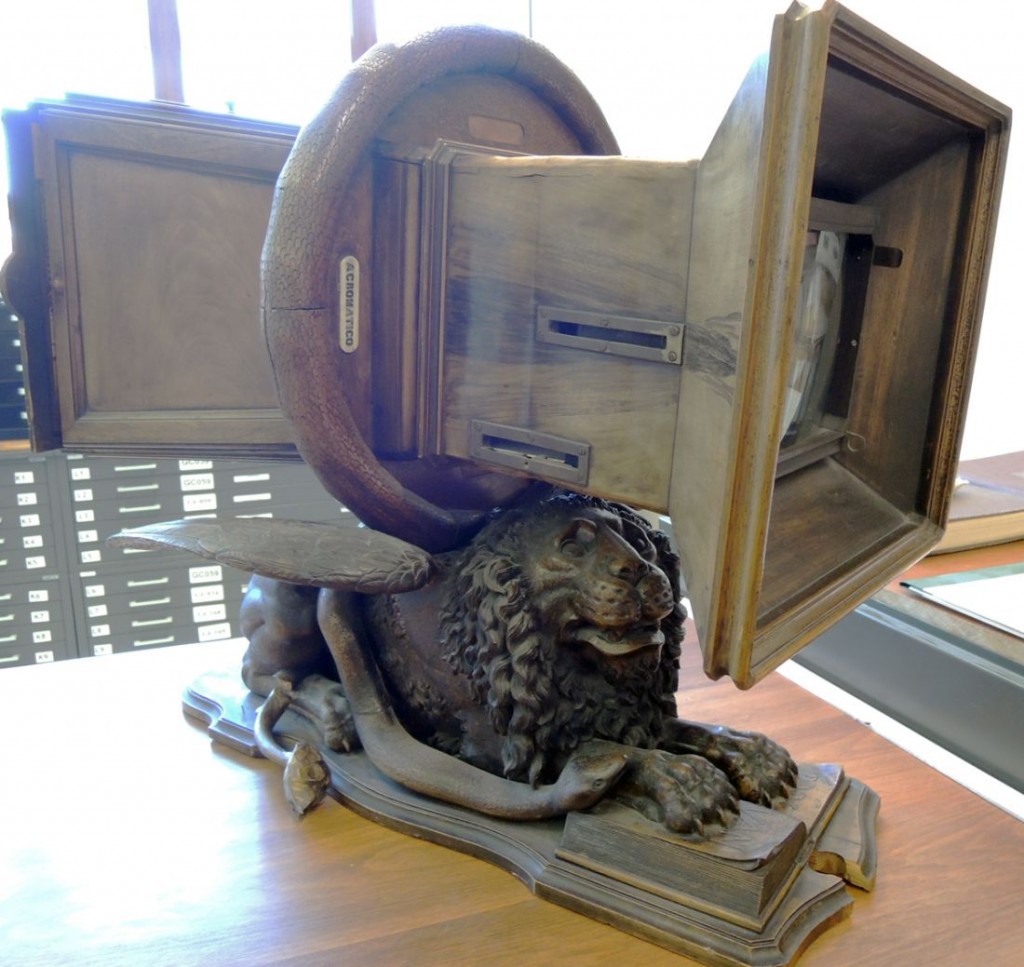 In the 1860s, Swiss-born Carlo Ponti, optician to King Victor Emanuel II of Italy, created a device called an Alethoscope for the viewing of both prints and photographs. Large or deluxe versions were called Megalethoscopes. Princeton University is very fortunate to have one of the few megalethoscopes still in existence along with a set of photographic slides. 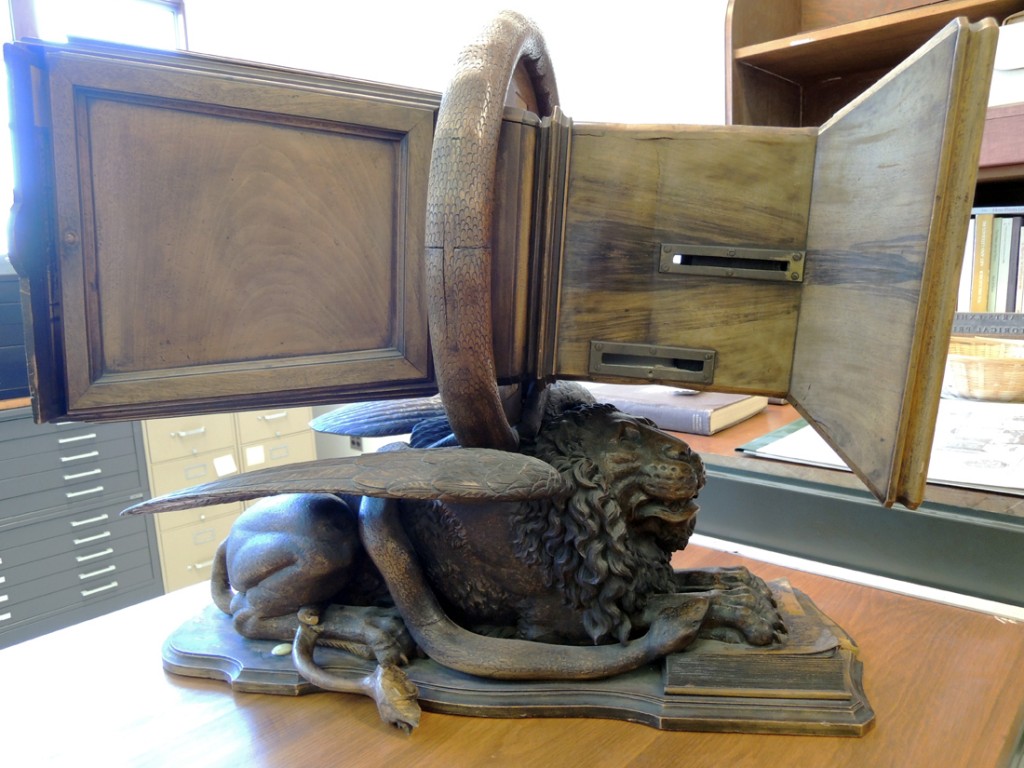 Below is a  sequence of shots as the light moves from the front to the back of the photographic slide. The slide is slightly concave to fit inside the device and has become somewhat warped as the wood frame has dried over the years. 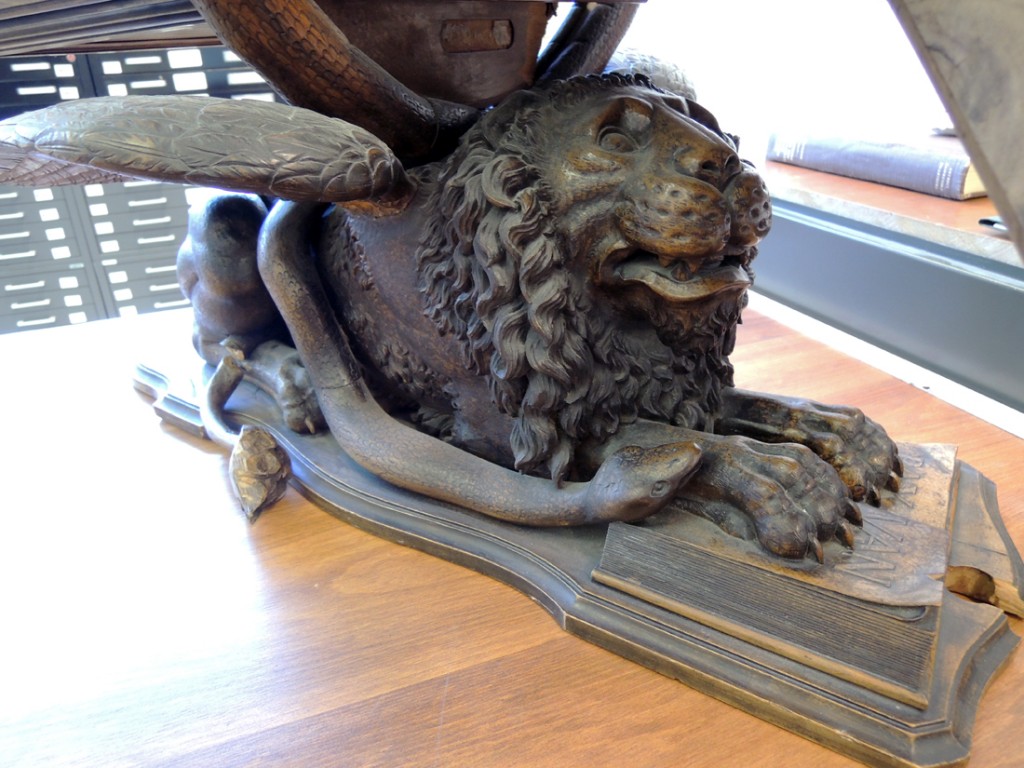