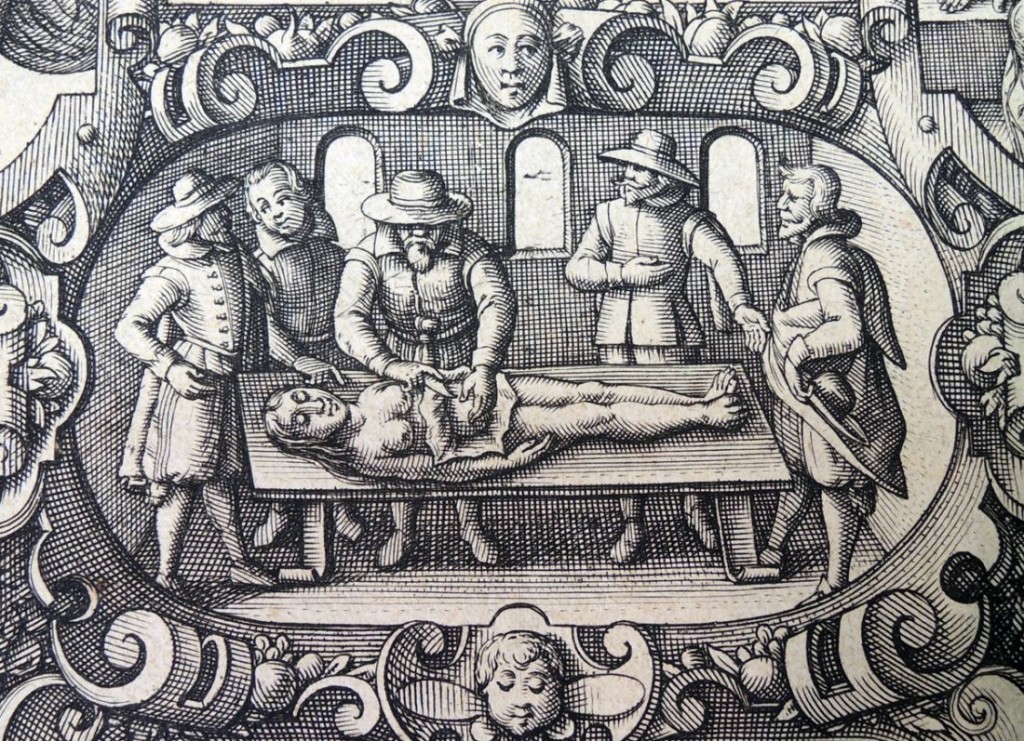 Known as the father of embryology, Girolamo Fabrizi or Fabricius revolutionized the teaching of anatomy. Although the Princeton University Library does not own any of his seventeenth-century medical texts, except in facsimile, this title page recently turned up.

In 1594, Fabricius designed the first permanent theater for public anatomical dissections and made embryology an independent science. His illustrated treatises have been reprinted and translated multiple times. It is unfortunate that no artist is credited for these extraordinary engravings. 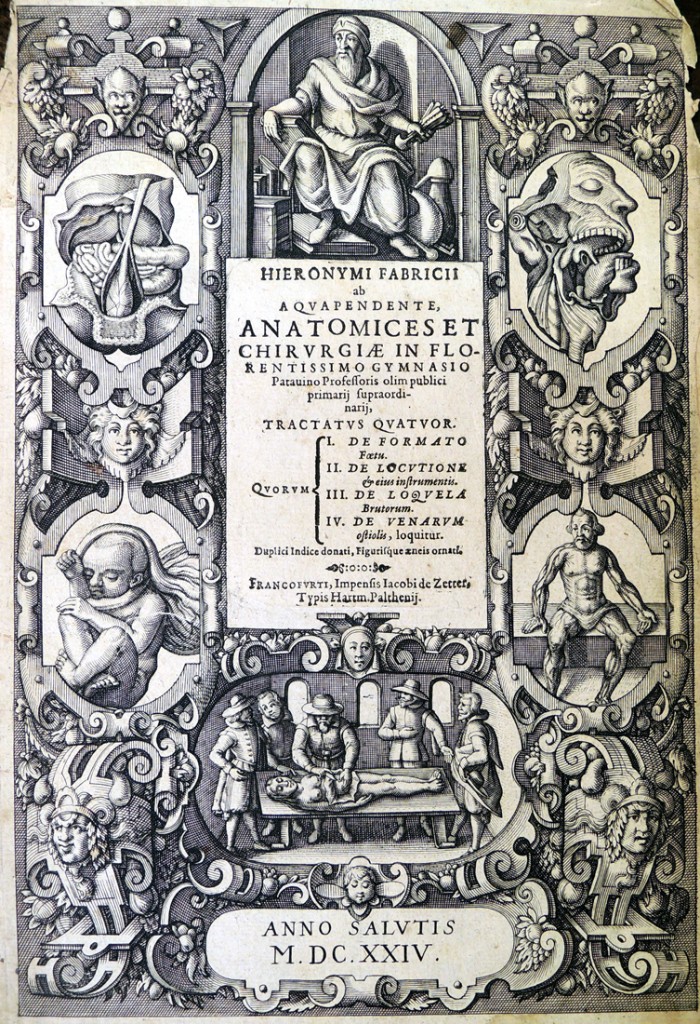 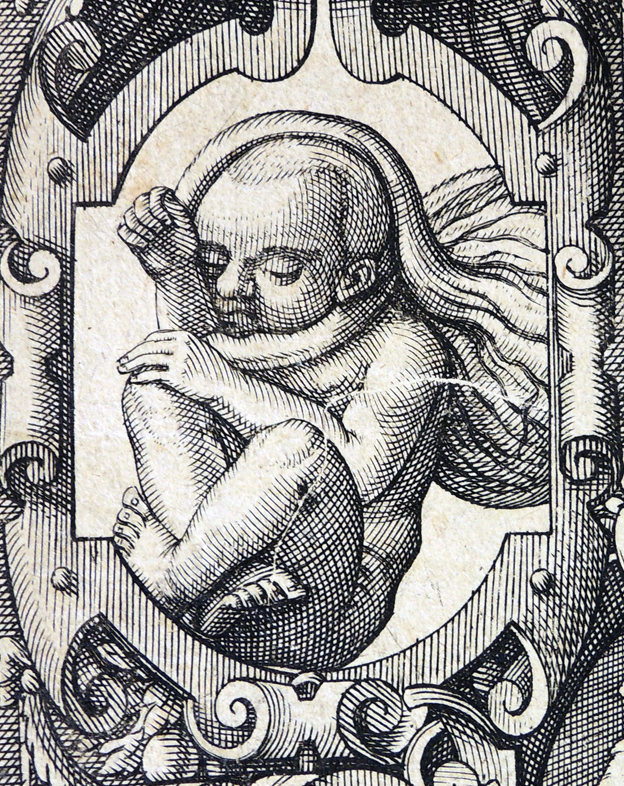 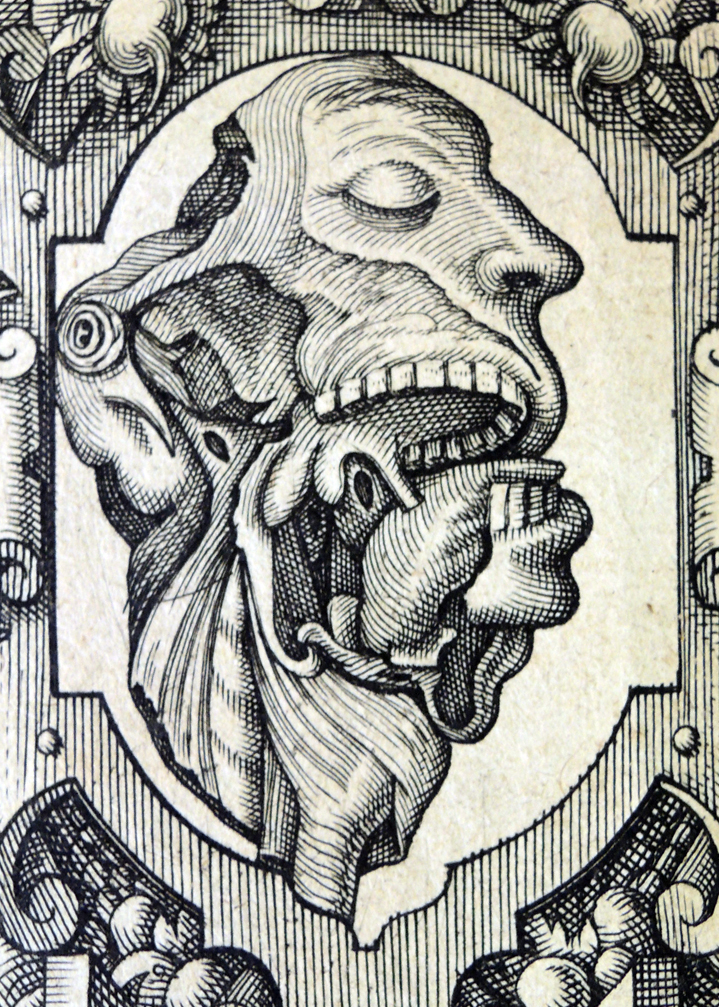 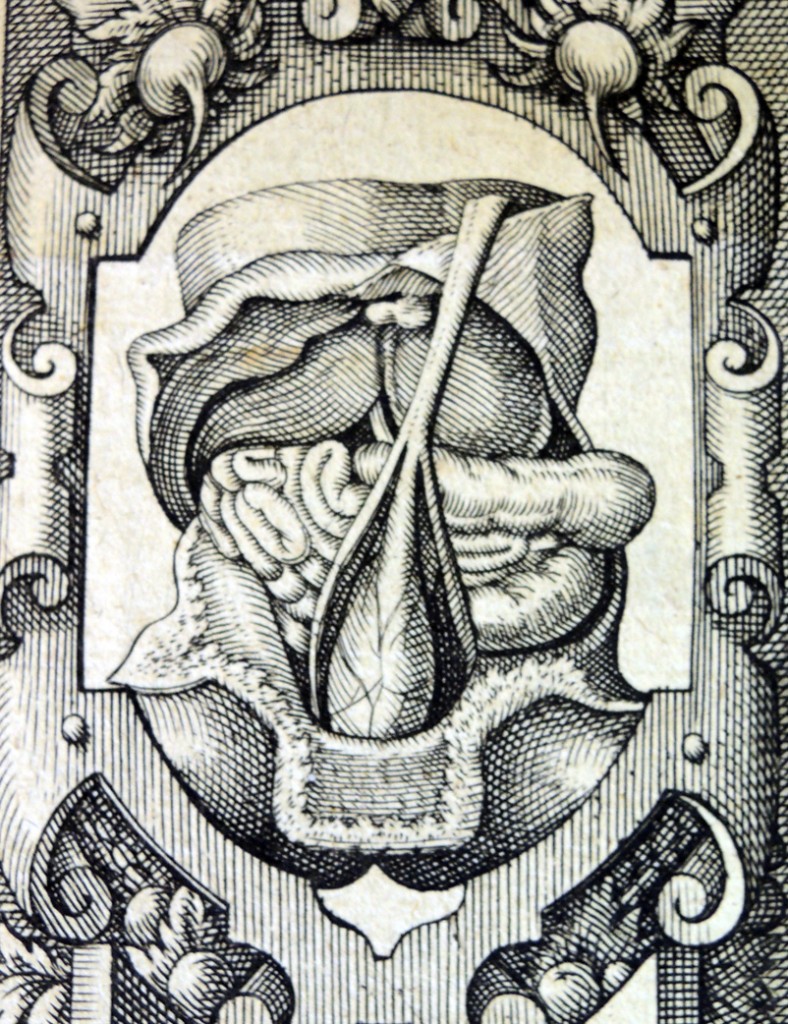