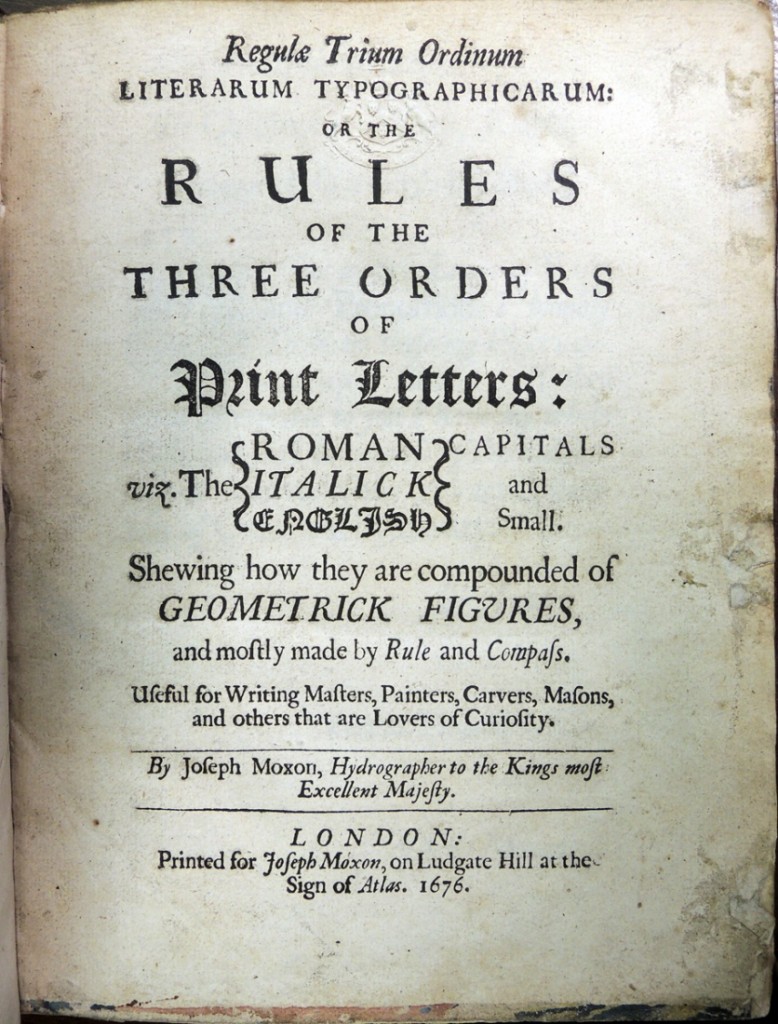 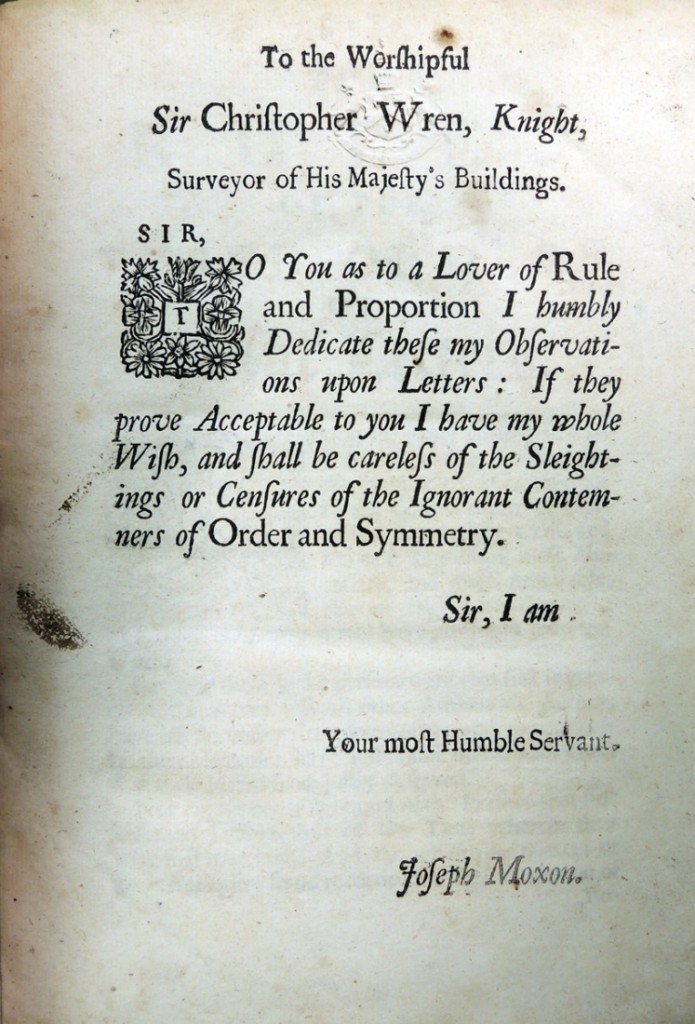 Before Joseph Moxon (1627-1691) published Mechanick Exercises, the first comprehensive manual on printing, he published a set of rules on forming letters that would be “useful for writing masters, painters, carvers, masons, and others that are lovers of curiosity.” He dedicated the book to Sir Christopher Wren and called it Regula Trium Ordinum Literarum Typographicarum, or the Rules of the Three Orders of Print Letters (1676). Princeton recently acquired a copy. 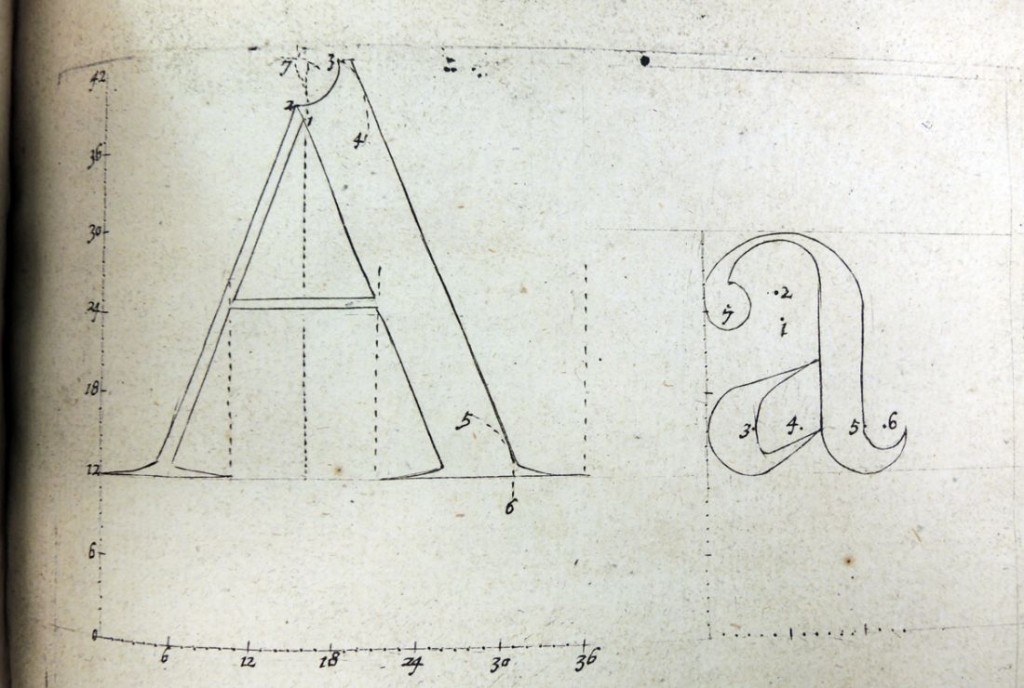 Moxon’s letterforms are adapted from Dutch originals. He includes both Roman and Italic, upper and lower cases, and pays special attention to the ampersand. Moxon writes, “Among the many curious Inventions of Humane Wit, the communicating Conceptions by the Complication of Characters is worthily accounted the most Ingenious, most Necessary, and most Admirable, that an High-flown Fancy in its greatest Sublimity could have produced into the World.

Joseph Moxon (1627-1691), Regulae Trium Ordinum Literarum Typographicarum, or, The Rules of the Three Orders of Print Letters: viz. the Roman, Italick, English, Capitals and Small: Shewing How They are Compounded of Geometrick Figures, and Mostly Made by Rule and Compass. Useful for Writing Masters, Painters, Carvers, Masons, and Others that are Lovers of Curiosity (London: printed for James Moxon, on Ludgate Hill at the Sign of Atlas, 1676). Graphic Arts Collection GAX 2013- in process. 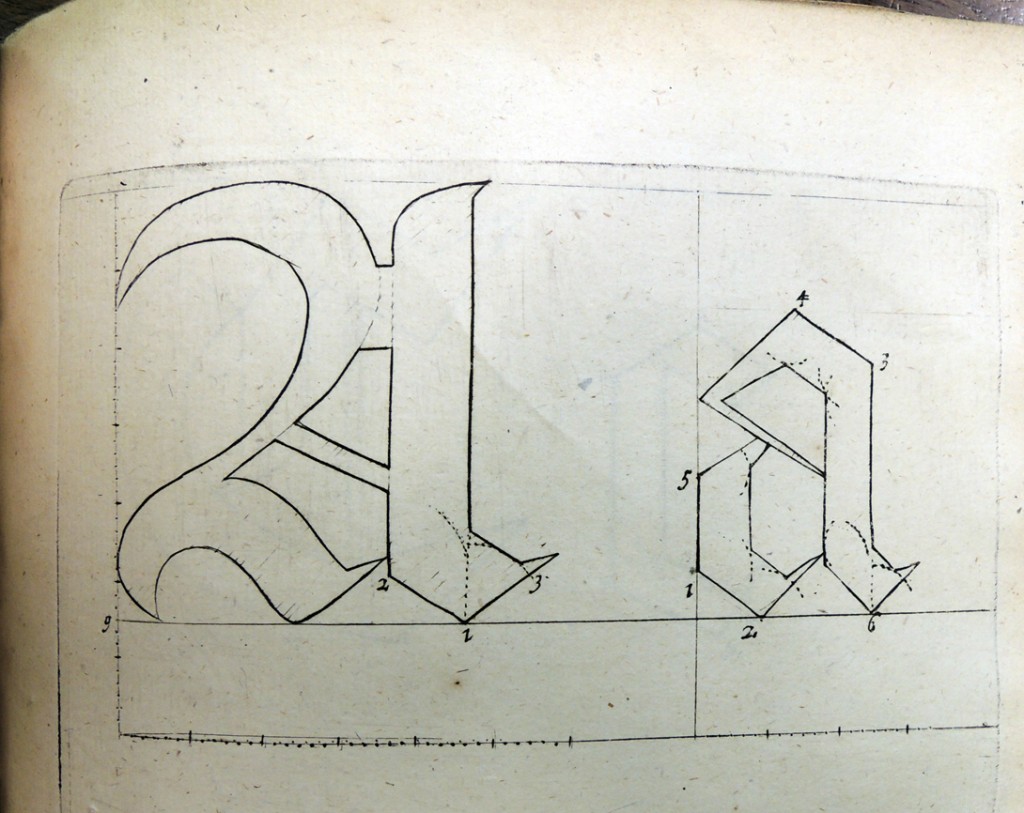 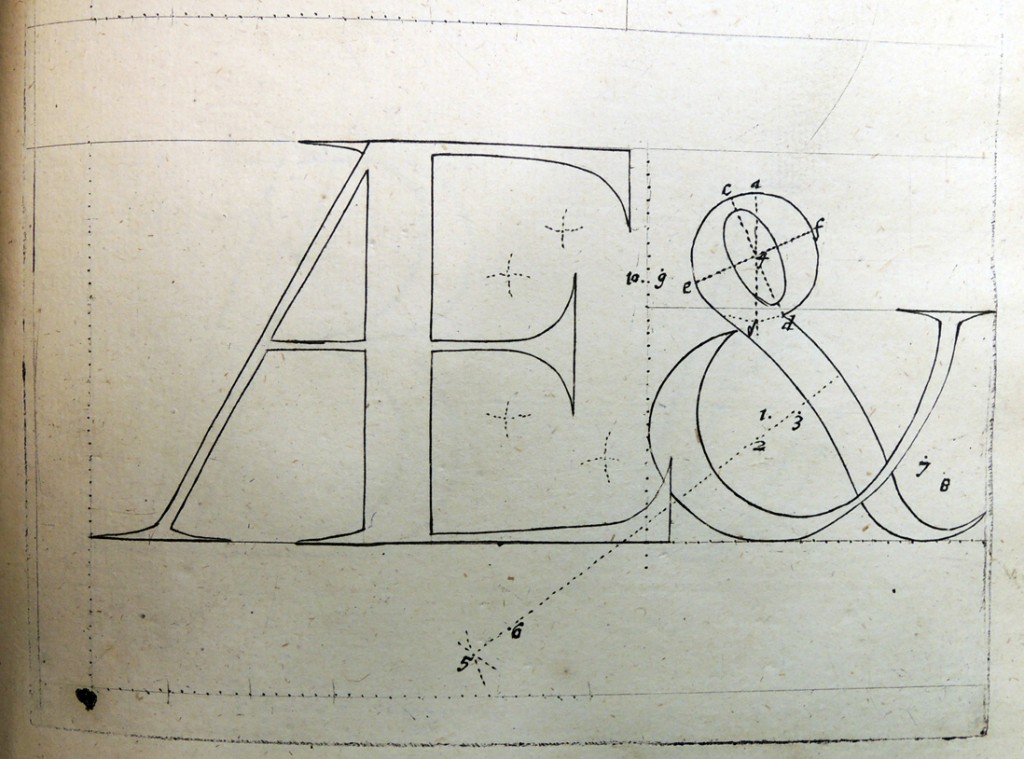 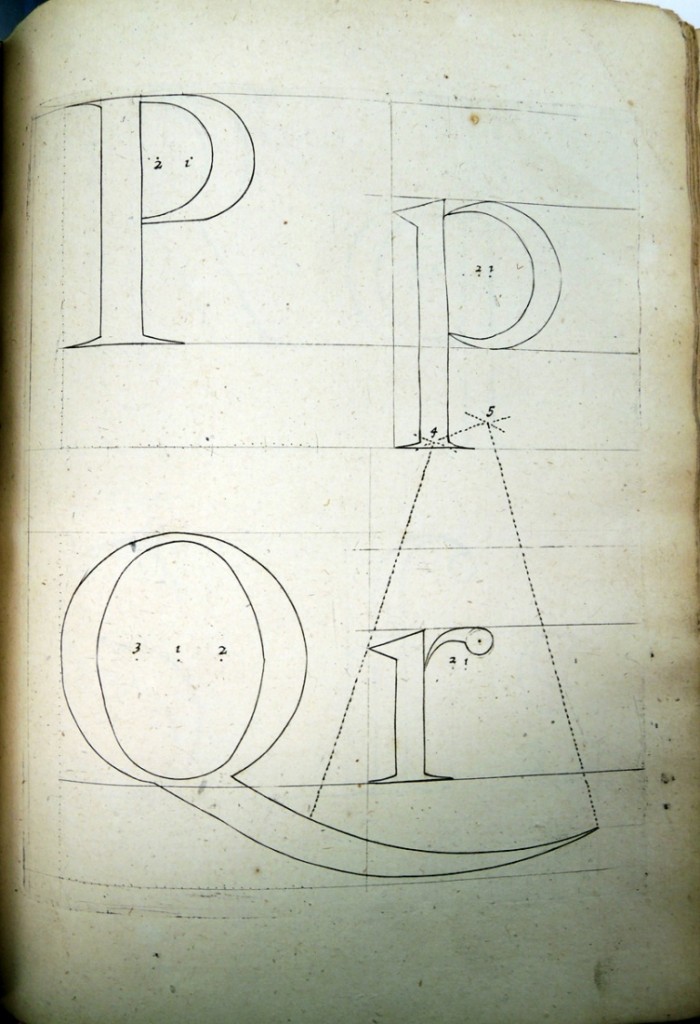 Moxon was a hydrographer and printer but also accomplished in other specialties. He described himself as “conversant in . . . smithing, founding, drawing, joynery, turning, engraving, printing books and pictures, globe and map making, mathematical instruments, &c.”

His Rules of the Three Orders was meant to be concise and easy to use. For instance, he saw no reason to repeat rules for ligatures or double letters, but wrote, “I need not discourse on [them], because by these paterns [sic] you may see how they are joyned [sic] together. Having given you such full instructions upon the Roman Capitals and Small Letters, I think it needless to give you copious rules upon the Italick or English Letter, the Paterns being so large that every Member in them are distinct and intelligent, and the Manual Operations so much the same in all, that the Scales down the side and in the Bottom-line serve for an ample Discourse upon every one of them.” 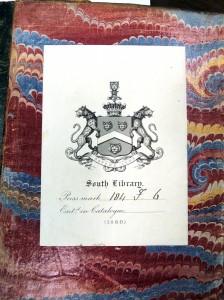