The British artist and soldier, Lieutenant George Bulteel Fisher, sailed up the St. Lawrence River to Quebec in 1775-76 and made drawings of the spectacular views he found. Later, engraver John William Edye created six huge aquatints after Fisher’s sketches, published in 1796.

This view of the Fall of Montmorenci was one. The Graphic Arts Collection also holds Fisher’s Falls of Montmorenci from the Island of Orleans, from the same series. Each is inscribed “To His Royal Highness Prince Edward, Major General, Commanding His Majesty’s Forces in the Province of Nova Scotia, &c. &c. These Views of North America, most of them taken whilst he had the honour of attending His Royal Highness in that country, are humbly inscribed … by G. B. Fisher.” 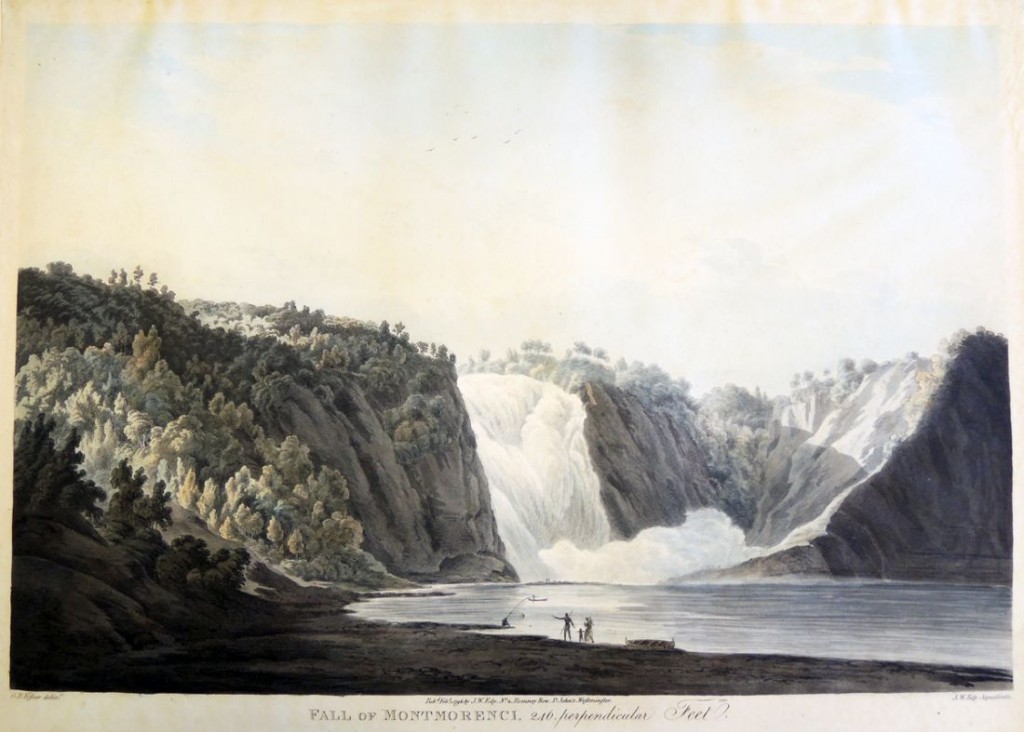