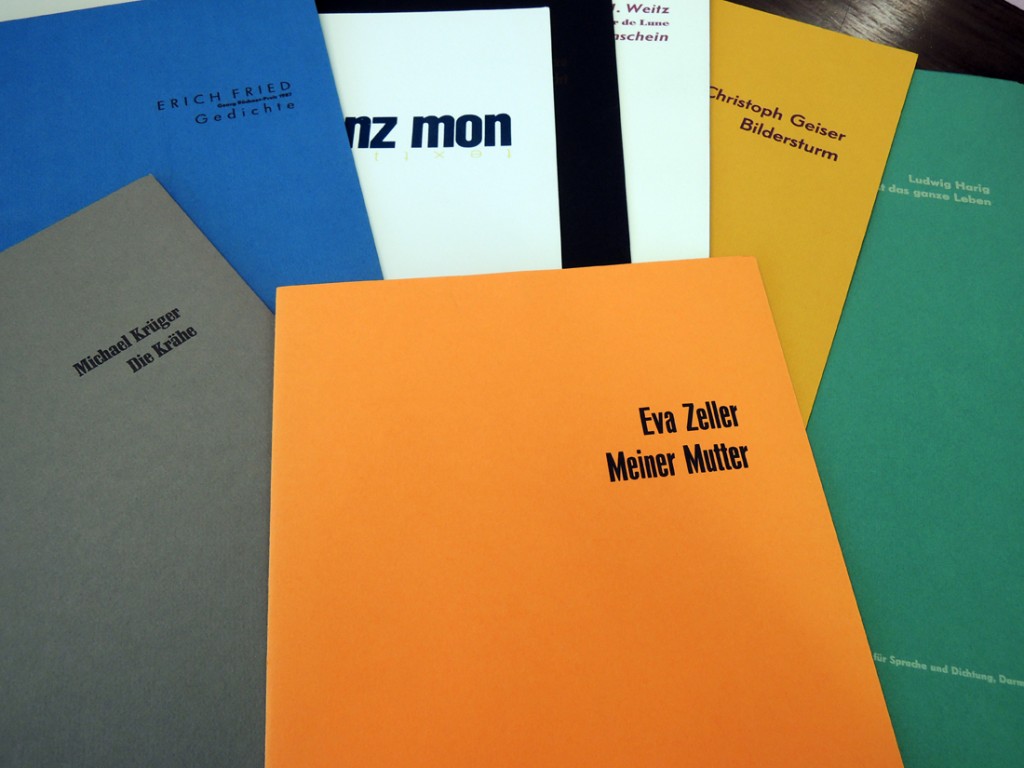 Once a month during the academic year 1986-1987, the book arts collective Unica T published a typographic portfolio for the Deutsche Akademie für Sprache und Dichtung (The German Academy for Language and Literature) in an edition of 70 copies. Each was an interpretation of the author read at the month’s meeting. The Graphic Arts Collection has acquired the set of nine portfolios, which feature the writing of Paul Verlaine, Ludwig Harig, and others. 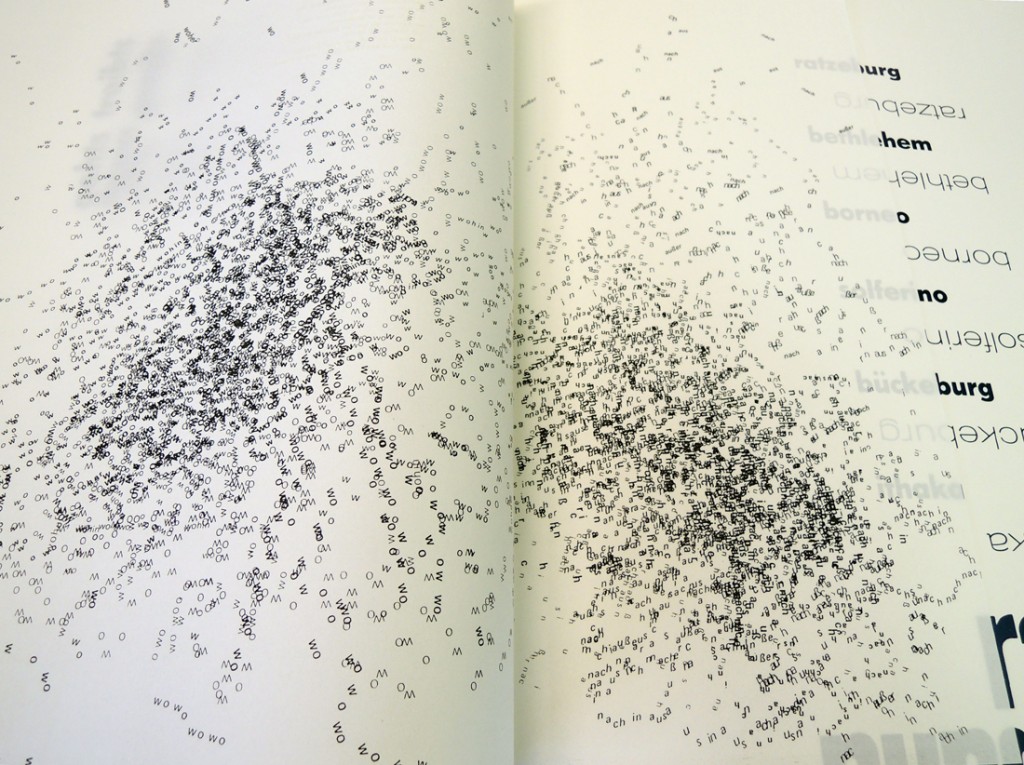 Utica T (a fictitious person making real books) was a collaborative of five women, led by Ulrike Stoltz and Uta Schneider. When the group disbanded in 2001, the two artists continue to collaborate under the name ‹usus›. Schneider also works as a free lance designer in book design and typography, after twelve years as executive manager for the Stiftung Buchkunst (Book Art Foundation). Stoltz is professor for typography at Hochschule für Bildende Künste Braunschweig. 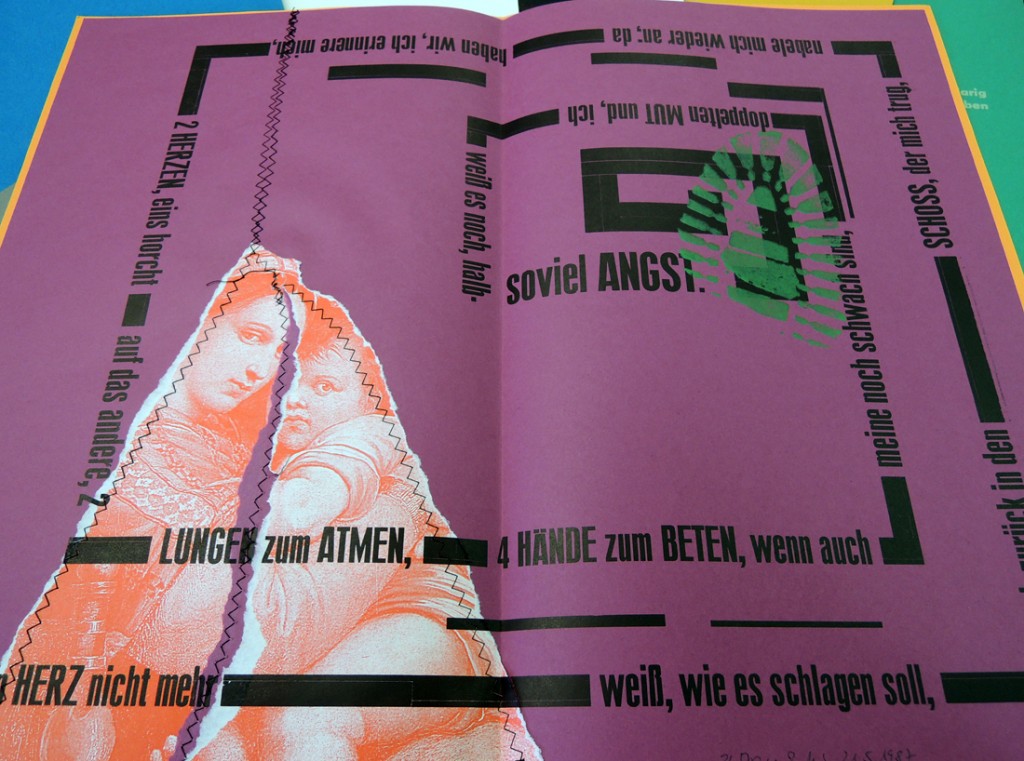 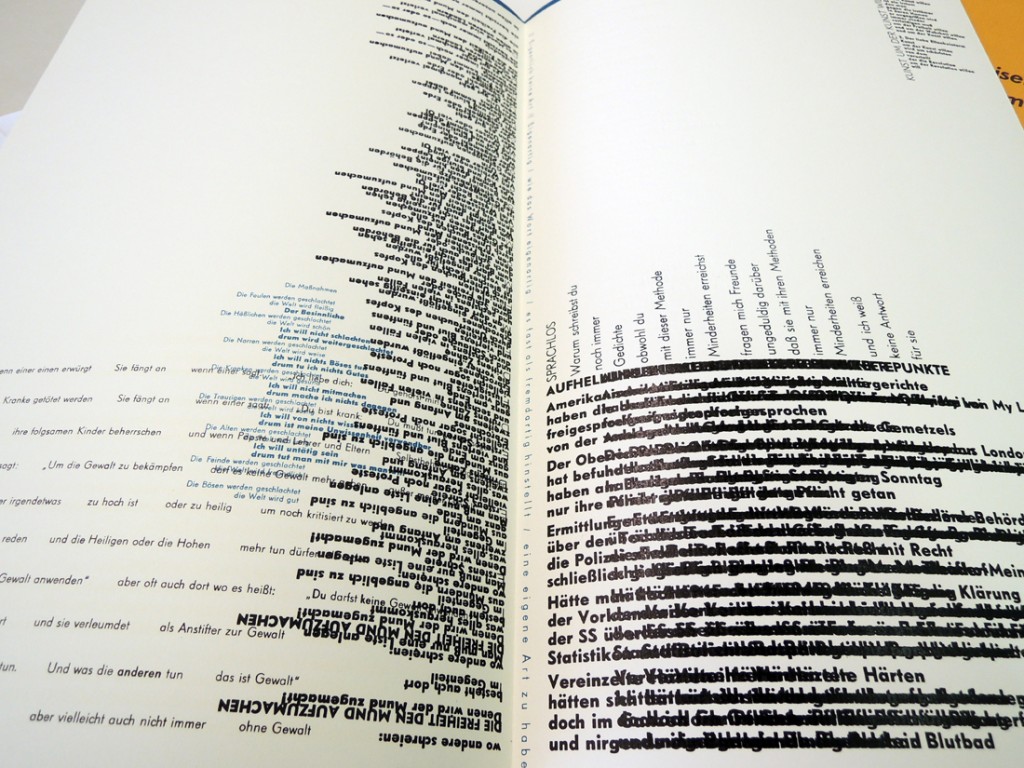