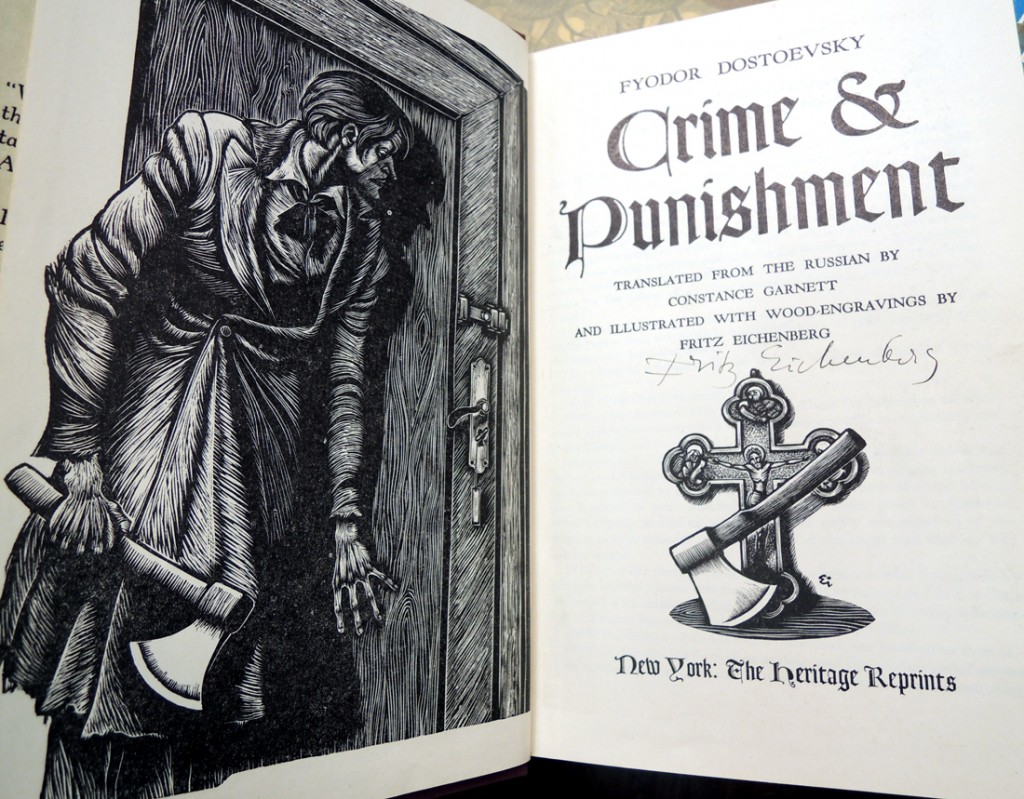 The Graphic Arts Collection is fortunate to have an extensive collection of prints by the artist and illustrator Fritz Eichenberg (1901-1990). Thanks to a gift of Charles A. Perera, class of 1926, we also have a number of the published books illustrated by Eichenberg. In a 1964 interview, conducted by Harlan Phillips for the Archives of American Art, the artist remembered how he began illustrating books.

“Well, I picked my teachers. I worked as an advertising artist in my early youth. I was eighteen or nineteen when I left Cologne, and I worked in a department store as a guy for everything – you know; I did posters and advertising. I was an apprentice in a lithographic print shop before I took on my first job. … I [studied] with Hugo Steinerpark who was a well known illustrator and perhaps overrated, if you think of him now. At the time he gave me a feeling that this was the right man for me. He was not only interested in the illustration, but in the book as a whole – the design, the binding, the type – the illustrations were just a part of his work. He was the head designer for Ulstein Books, which are still beautiful. He did most of the bindings, and they were just marvelous. I studied under him and became almost immediately one of his master students; that meant that I had the privilege of having a studio by myself under the roof of the academy.  … Leipzig was the center of the book publishing world really at the time, which it isn’t any more. I had a marvelous time working more or less by myself for myself. I began to illustrate books right away. I did Gulliver’s Travels and Dostoevski, whom I always adored as an author. The first book was Crime and Punishment, and I did it while I was a student.” 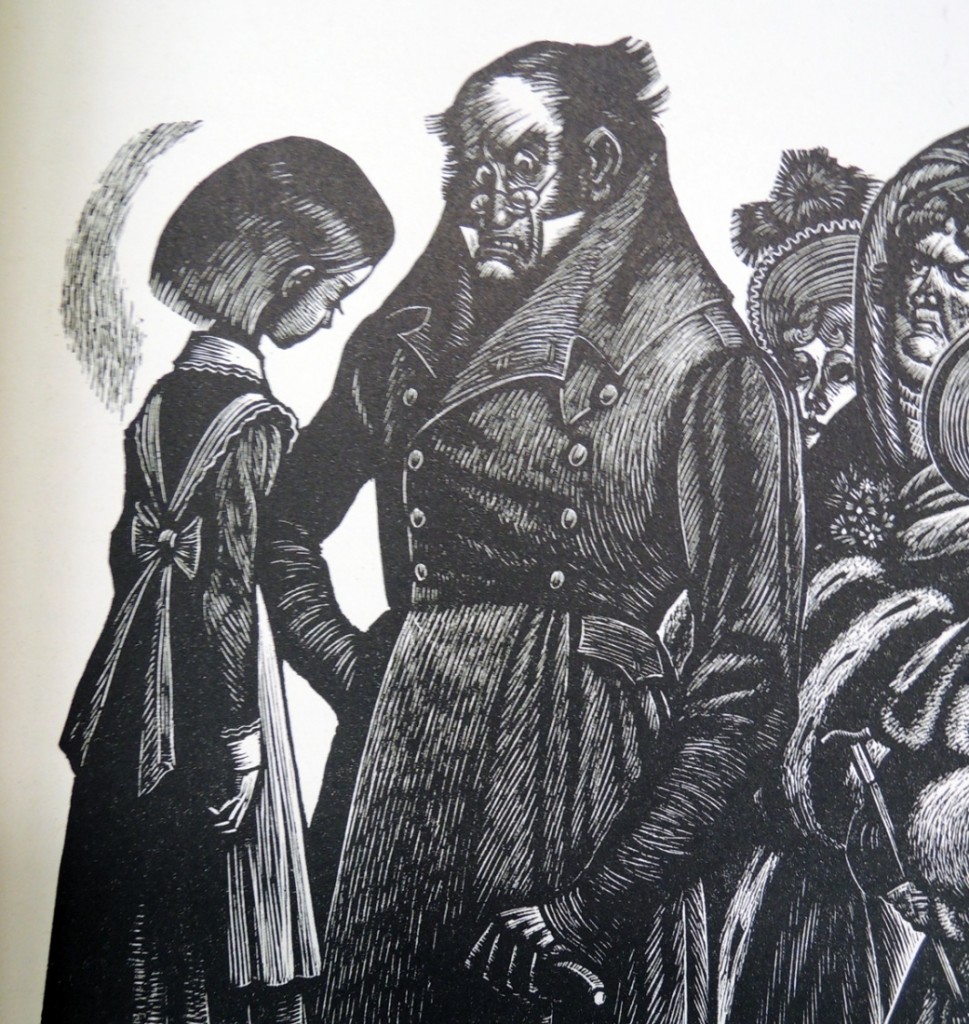 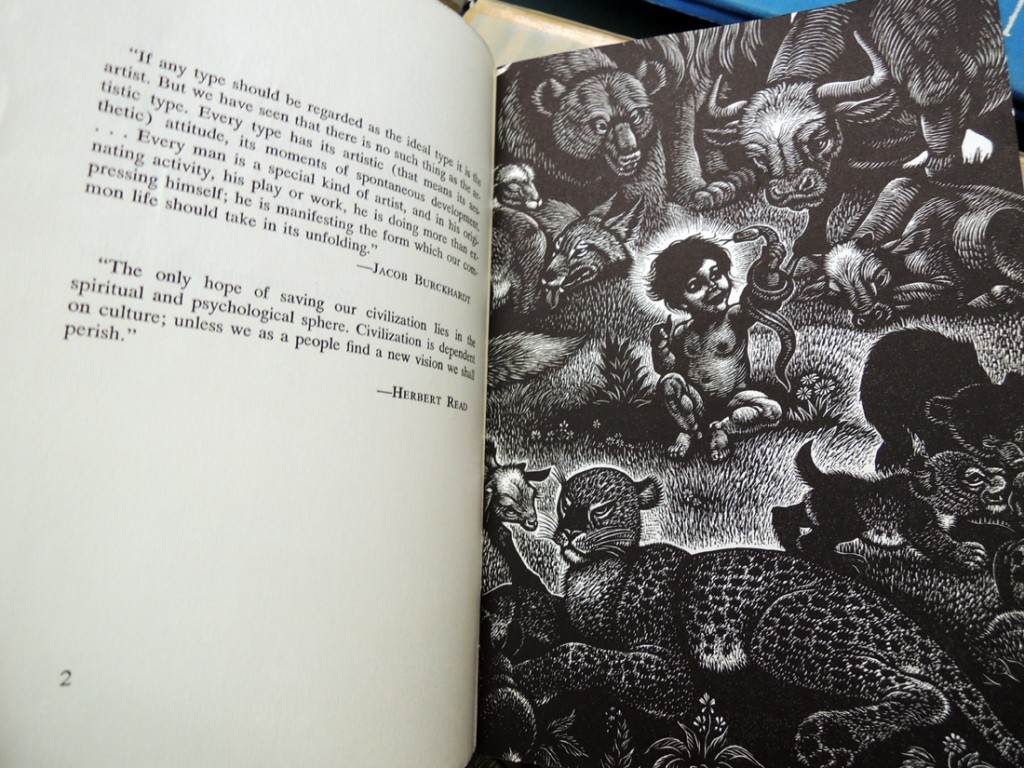 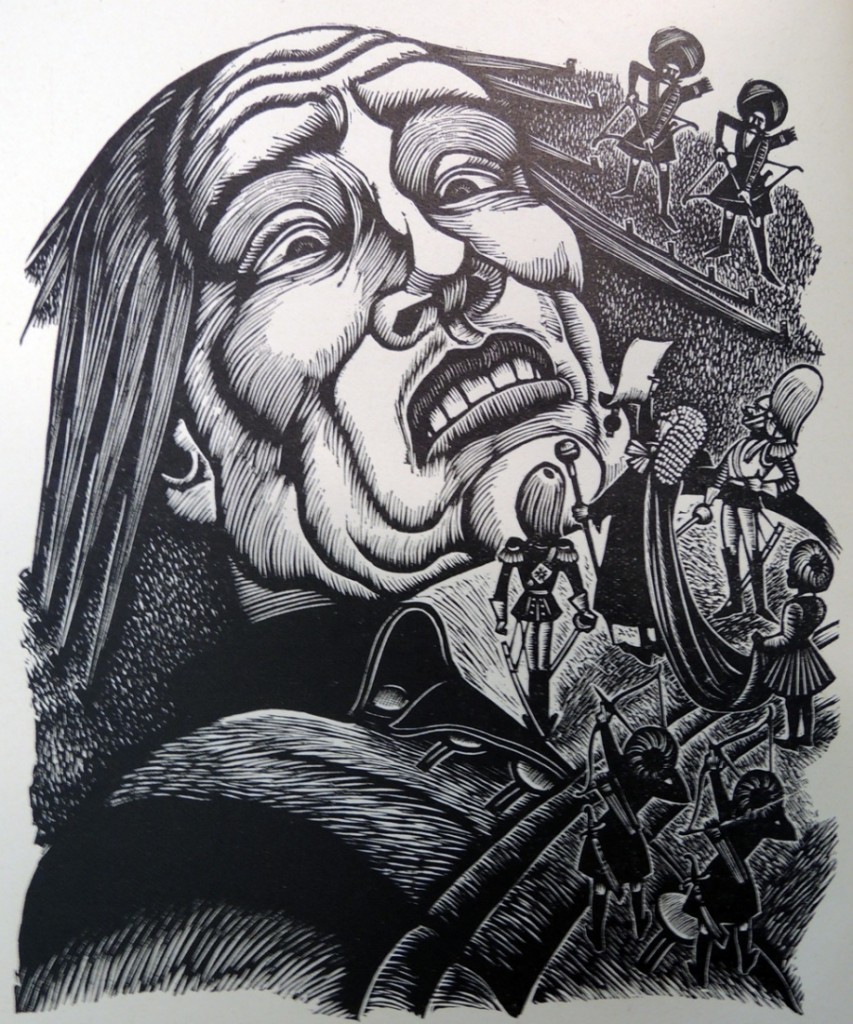 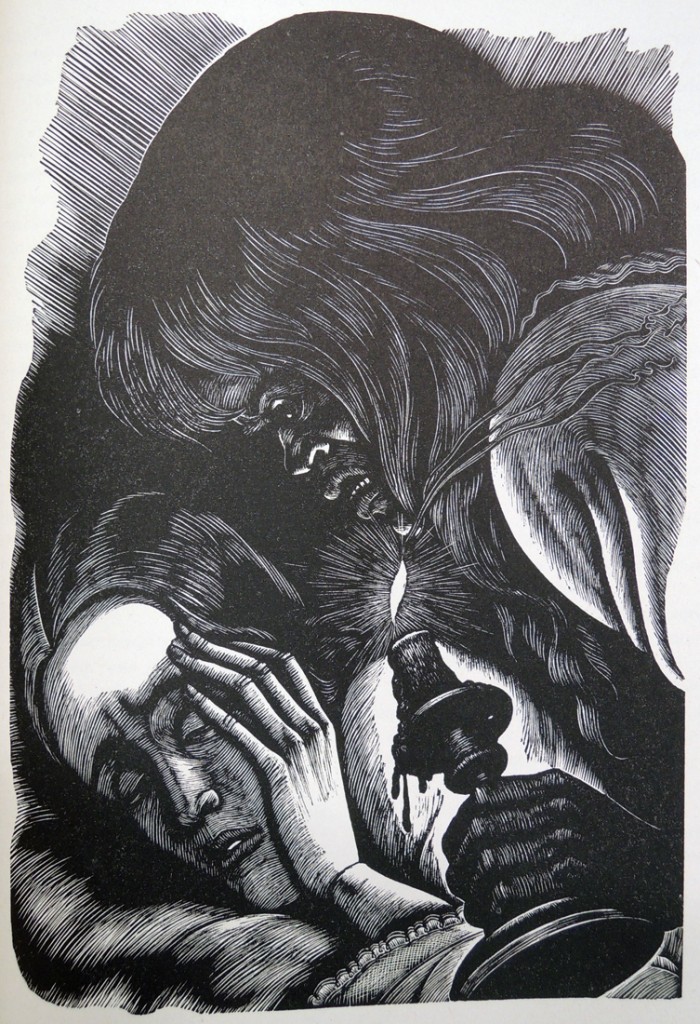 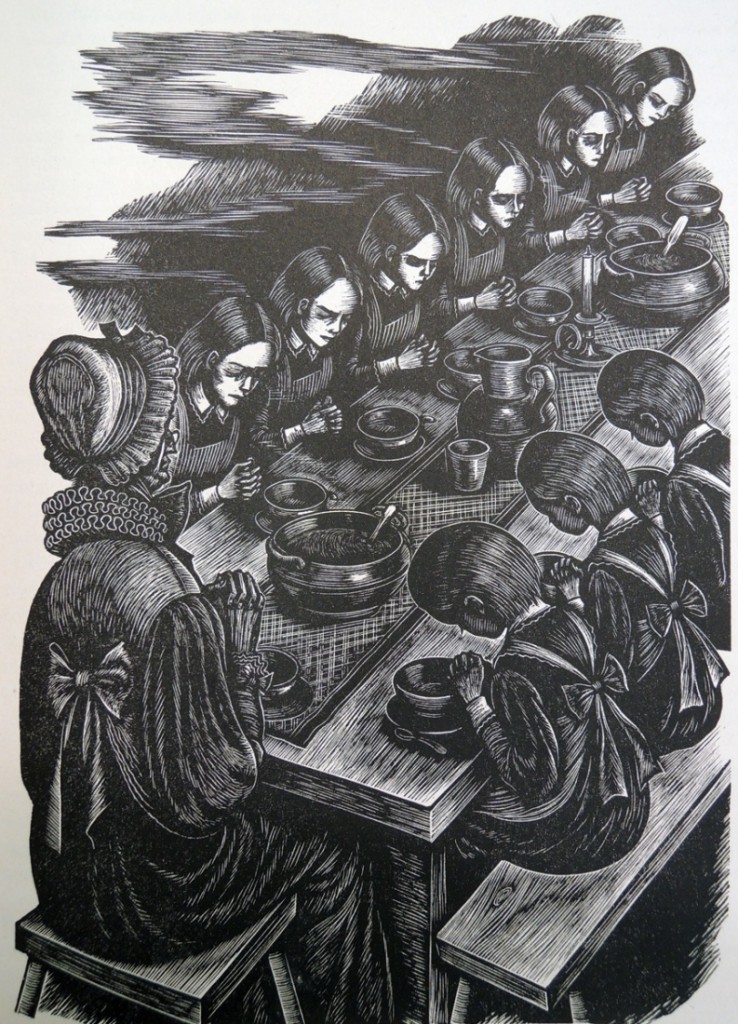 Charlotte Brontë (1816-1855), Jane Eyre, with wood engravings by Fritz Eichenberg (New York: Randon House, 1943). This edition was planned by Richard Ellis and produced under his direction. The illustrations by Fritz Eichenberg were printed letter press form electrotypes of the original wood engravings. The text was composed in monotype Bodoni with long descenders. The composition, electrotyping, printing and binding were by Kingsport Press at Kingsport, Tenn.

Emily Brontë (1818-1848), Wuthering Heights; illustrated with wood engravings by Fritz Eichenberg (New York: Random House, 1943). “This edition was planned by Richard Ellis and produced under his direction. … Printing and binding were by Kingsport Press at Kingsport, Tennessee”–T.p. verso.

Jonathan Swift (1667-1745), Gulliver’s Travels; an account of the four voyages into several remote nations of the world, illustrated with engravings on wood by Fritz Eichenberg (New York: Heritage press, 1940).