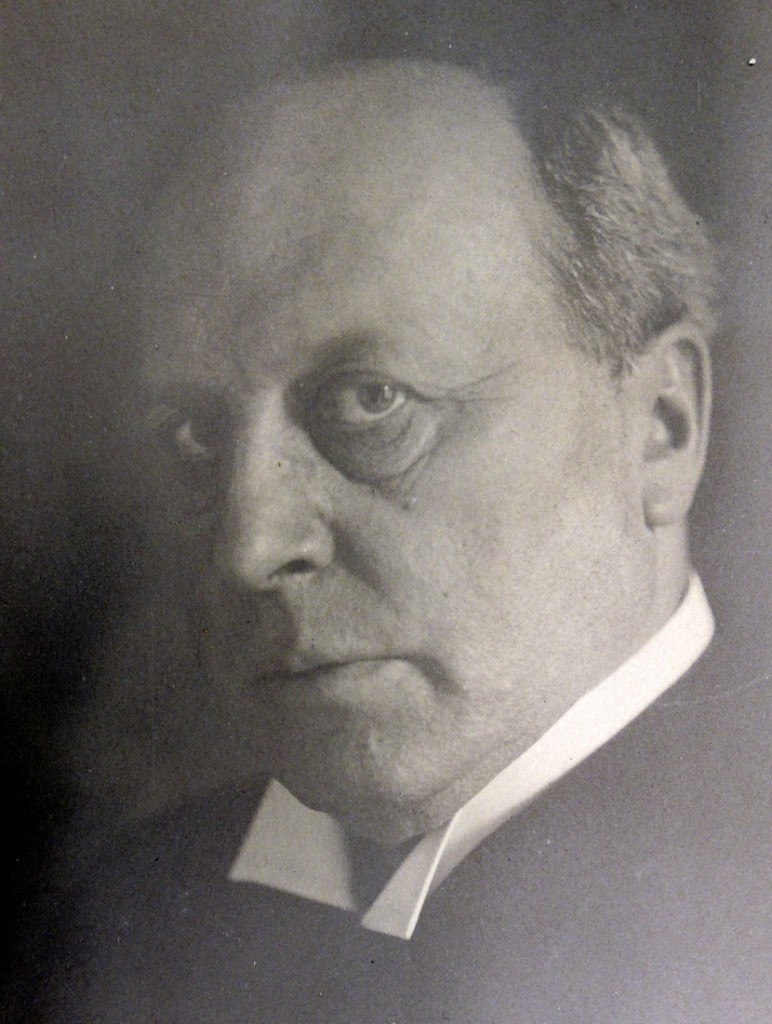 When Henry James (1843-1916) returned to New York City in 1905 after living in Europe for twenty years, Century Magazine sent a photographer to document the occasion. The artist they sent was twenty-three year old Alvin Langdon Coburn (1882-1866).

Although Century never ran a story or published the portrait, James was so pleased with the result that “their chance acquaintance would eventually produce twenty-four frontispieces that were not only a desirable but a salient feature of the New York Edition.” –Charles Higgins, “Coburn’s Frontispieces to James’s New York Edition” in American Literature (1982)

According to Higgins, “James was photographed in the same month by Alice Boughton who captured the author in a classic Daumier pose. Early in May, James also sat for Katherine Elizabeth McClellan, the Smith College photographer.” Although he had many options, he was charmed by Coburn and the following year, invited him to England where the author was photographed once again.

If the signature on this mount is read as 1905, the print would be from the first New York City photo-shoot and not the more often attributed sitting in 1906. The inscription may be directed to Florence Ethel Mills Young, who was on a book tour with The War of the Sexes, released in 1905.