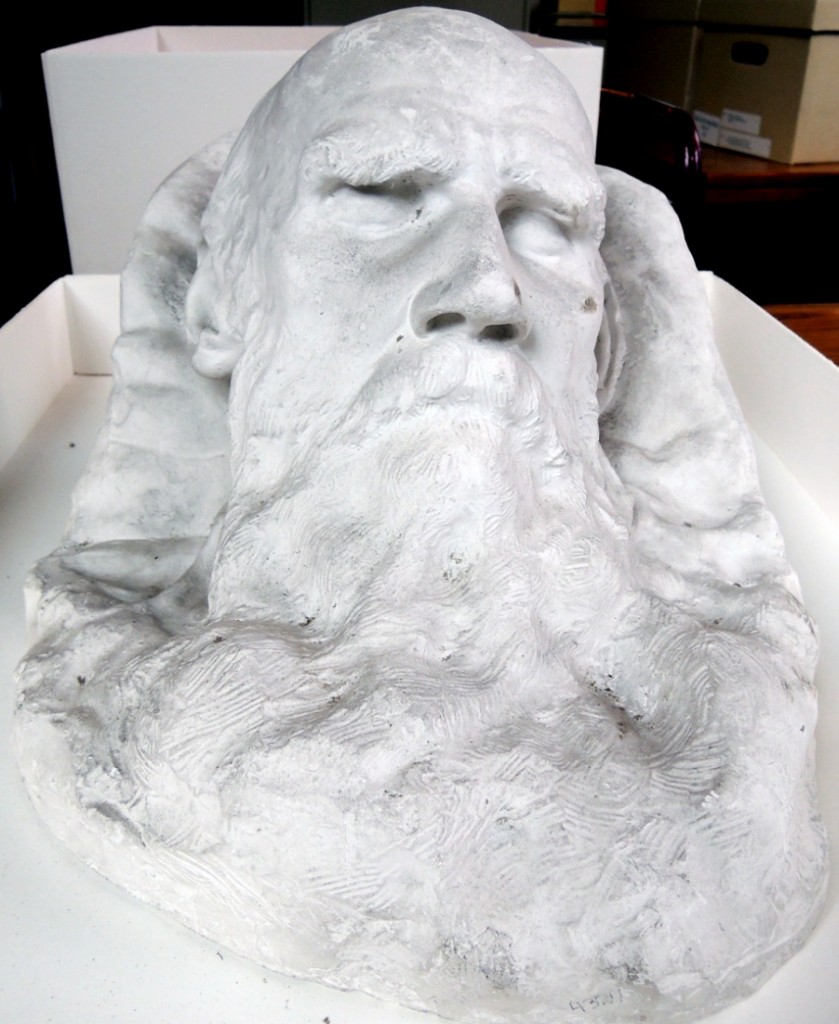 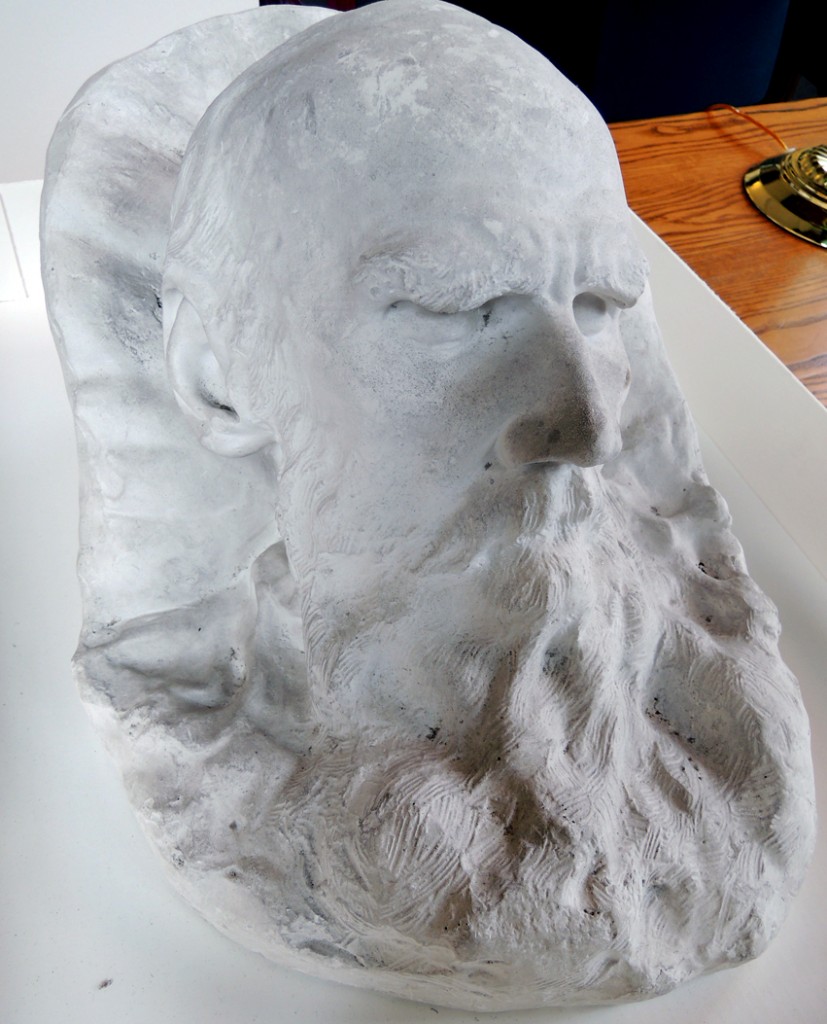 The Russian sculptor Sergei Dmitrievich Merkurov (1881-1952) was one of the most celebrated creators of death masks in the twentieth century, known for his busts of Joseph Stalin, Vladimir Lenin, Vladimir Mayakovski, Maxim Gorky, and many others.

There are several variations of Leo Tolstoy’s death mask. Princeton’s copy is taken from a cast that includes a sculpted beard and pillow, added to the face by Merkurov. The first impression is probably the one in the Tolstoy Museum in Leningrad and Princeton’s made some time later. 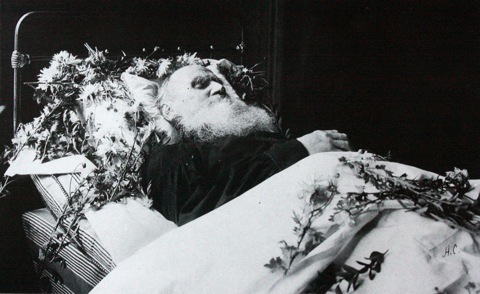 Tolstoy’s death mask was add to our collection after the death of the original collector, Laurence Hutton (1843–1904). 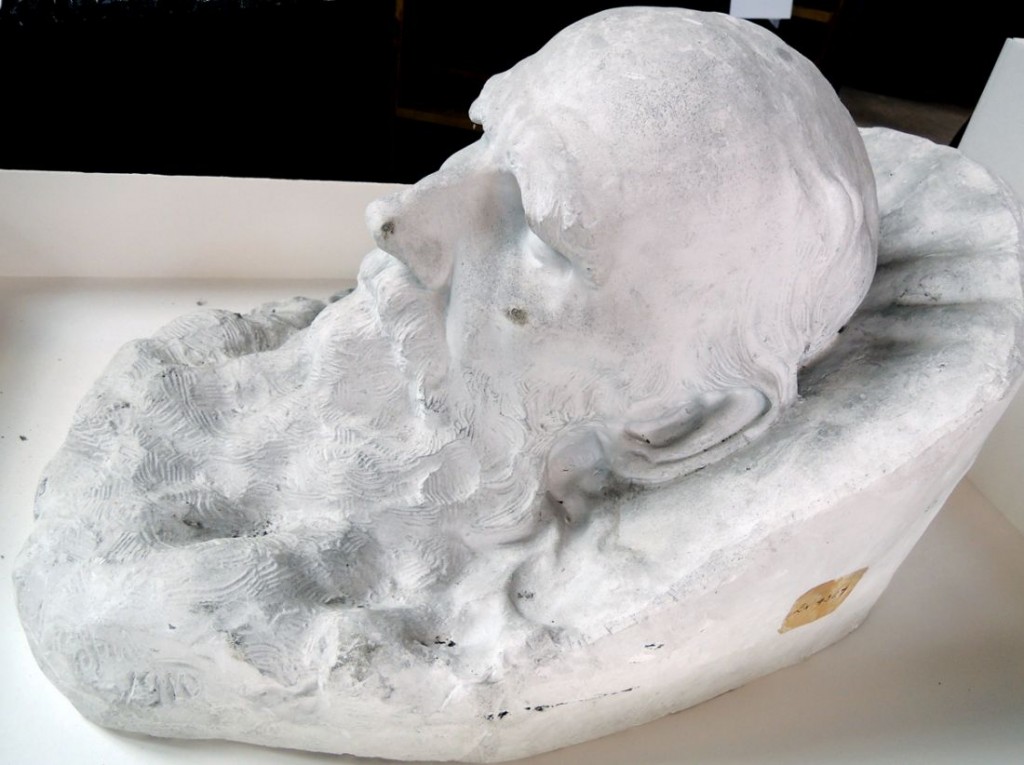