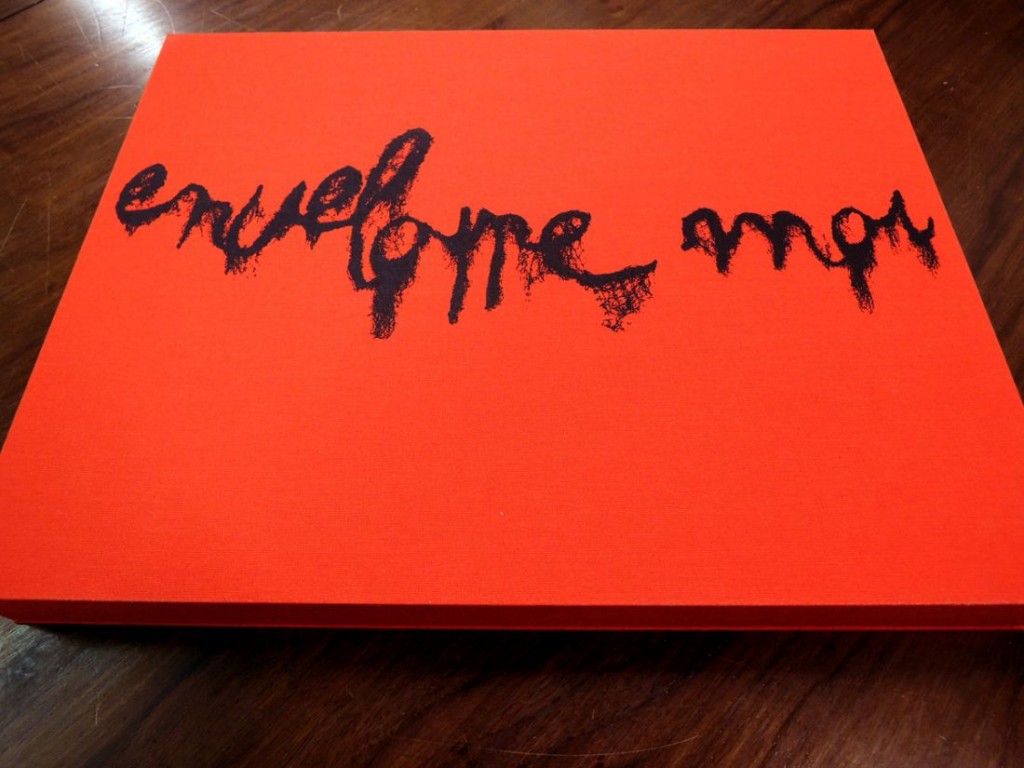 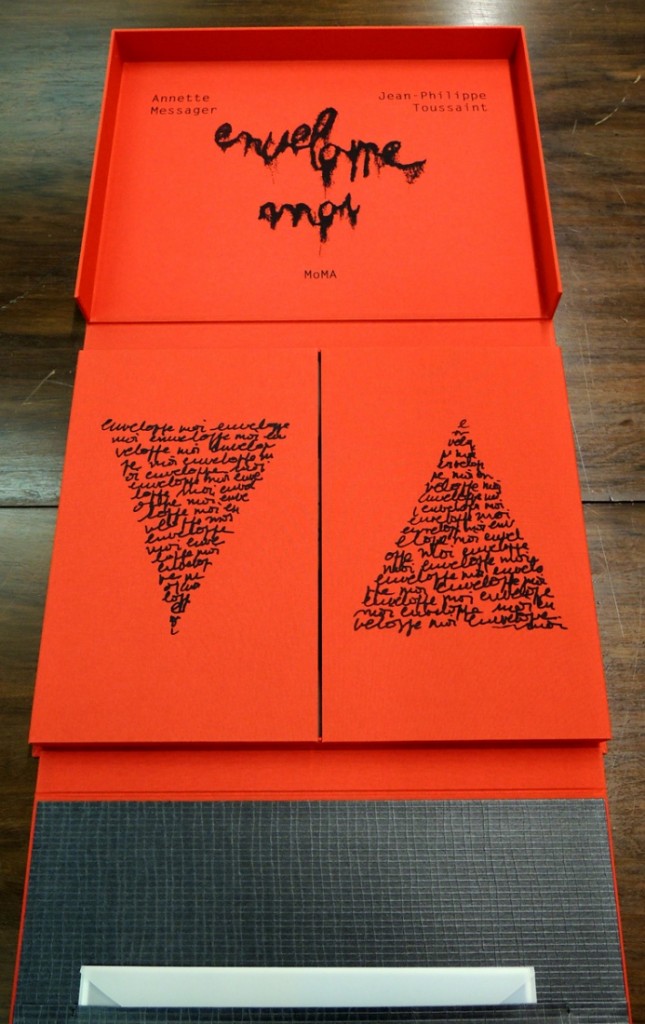 According to the Museum of Modern Art Library prospectus, “Enveloppe-moi, by Annette Messager, is the ninth in a series of artists’ books and editions published by the Library Council of The Museum of Modern Art. This edition, conceived by the artist in Paris, comes to readers as something found deep in a closet or tucked under a bed, ready to be opened and brought back to light. Within separate enclosures, a handmade box contains a postcard correspondence between the artist and the writer/artist Jean-Philippe Toussaint; a letter and a photograph by Toussaint; and 10 photographic collages by Messager.

These contents could be souvenirs of an intensely imagined or experienced liaison, or clues to a secret history. The whole represents an enigmatic visual and verbal exchange.

Over a five-month period in 2011, Messager sent 15 postcards, one by one, to Toussaint. Each card features on one side a black-and-white photograph of one of Messager’s preexisting artworks. The collection of postcard images presents a series of indefinite but suggestive images of obscured words, phrases, nets, and body parts.

Toussaint replied on the blank side of each postcard with brief comments, questions, and literary references apparently prompted by the image on the opposite side. A second set of postcards reproduces the same artworks by Messager, but these postcards are still blank on the writer’s side. At the artist’s suggestion, readers may consider sending the “virgin” postcards (as the artist describes them) to another correspondent. 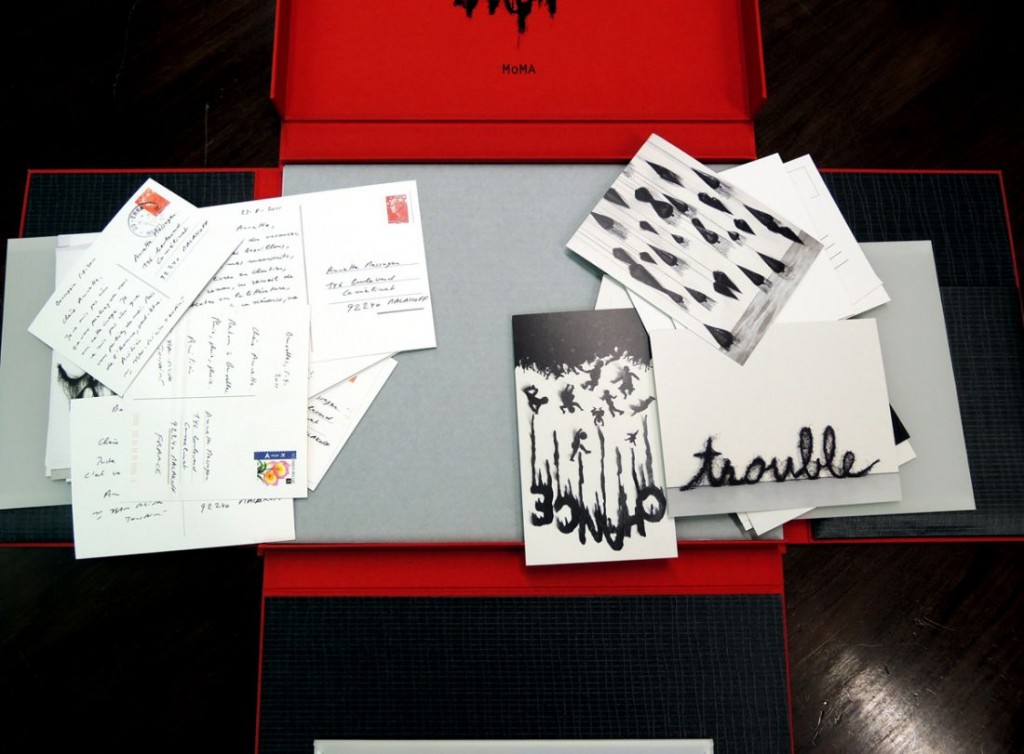 Messager also created 10 collages that visualize emotionally heightened (and slightly ironic) scenes from a fictional romance: a manipulated photograph of the artist as a young woman, trapped in a spider web–like net; a B-movie style image of a lover’s kiss; a playful, doodled image of a floating mermaid overlaying a dark installation of photographic memorabilia; artworks based on graphic representations of words such as “chaos,” “trouble,” and “hotel-fiction”—these and other images are as fantastical and personally expressive as the postcard exchange is restrained. They deepen the mystery of the boxed collection. Nine of these collages appear as pigment prints in the center well of the portfolio. 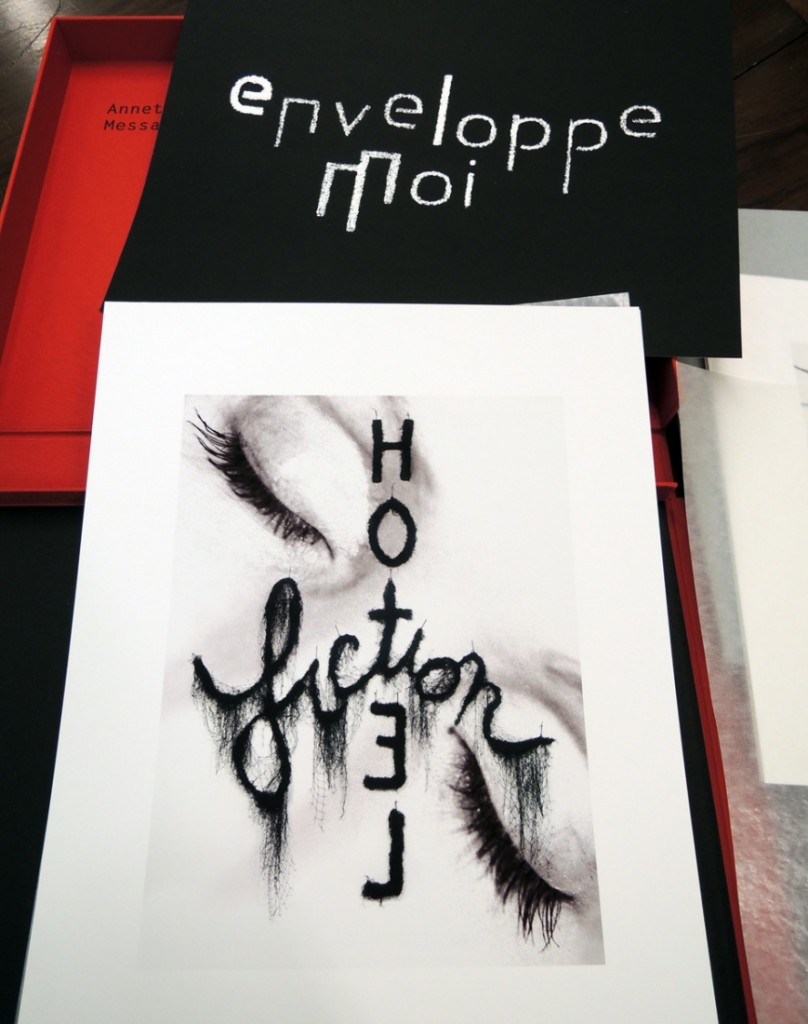 During the five-month correspondence, Toussaint photographed the quotidian circumstances in which he wrote on his side of Messager’s postcards. One digitally printed photograph by Toussaint, of a hand dropping a postcard into a postbox slot, can be found within a slot on an inside flap of the portfolio, along with Toussaint’s digitally printed letter.

Messager designed the portfolio and its contents in collaboration with the co-editors, the designer, and the binder. This edition was edited and produced for The Museum of Modern Art’s Library Council by May Castleberry, Editor, Contemporary Editions, MoMA Library Council, and Céline Fribourg, Founder, éditions Take5, Geneva. The text, the colophon page, and one of the title images were designed by Philippe Apeloig in Paris. The portfolio was bound and assembled by Mark Tomlinson in Easthampton, Massachusetts, using silkscreen-printed and stamped covers created by Annette Messager. “ 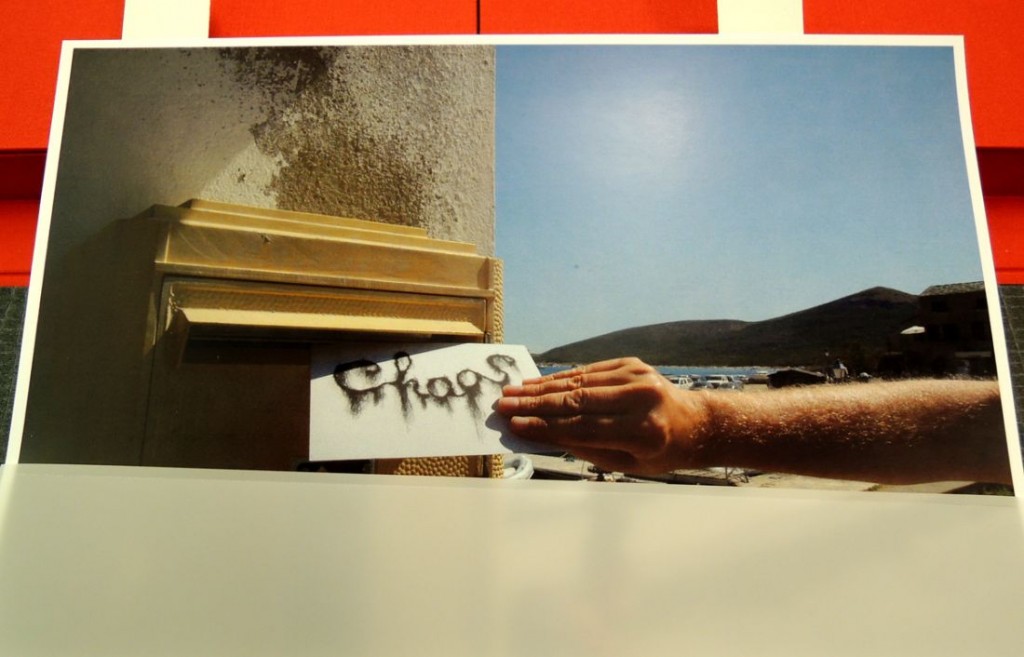