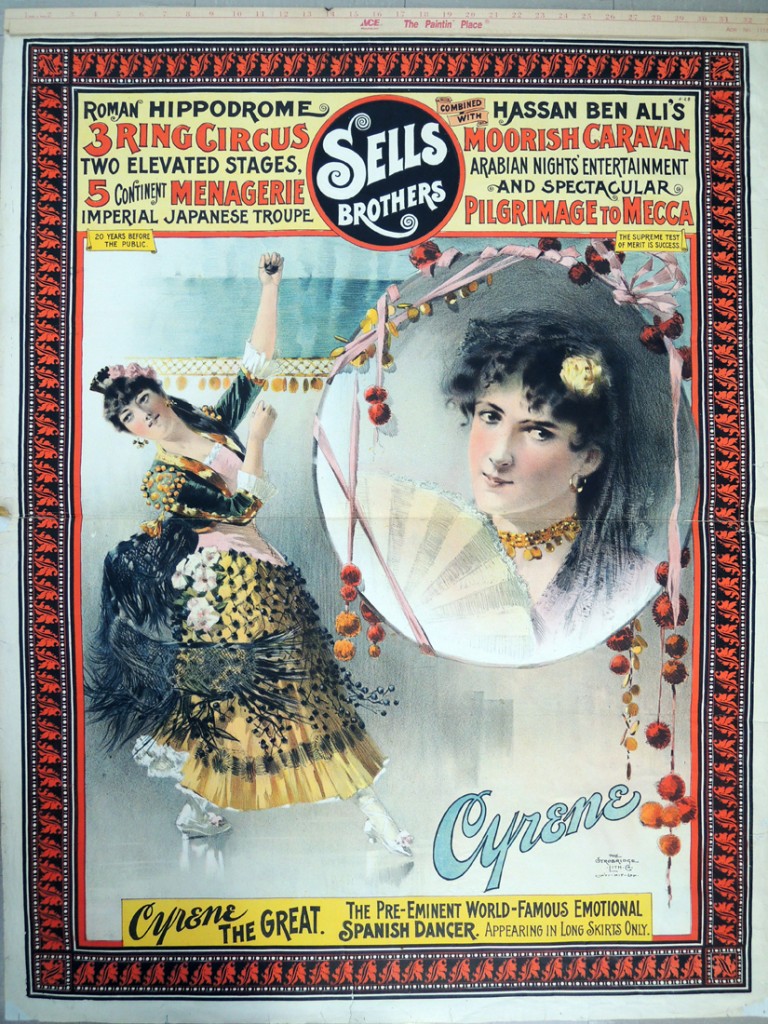 From 1905 to 1939, the largest theater in the United States was the Hippodrome, built on Sixth Avenue just off Times Square. Designed in the Beaux-Arts style, the auditorium had a seating capacity of 5,200. Its stage was twelve times larger than the Broadway theaters nearby and ticket prices cheap enough for the general public to attend the spectacles, which might include as many as 1,000 performers at a time, or a full-sized circus with elephants and horses. 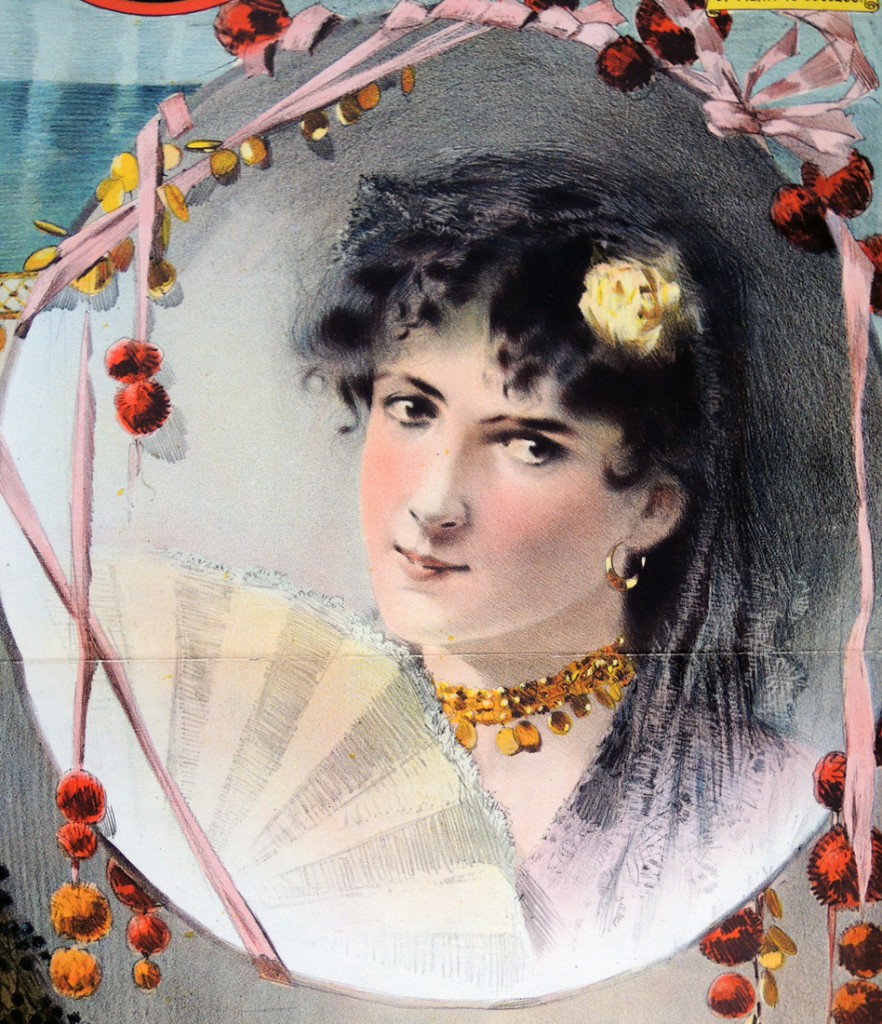 When the final structure of the Hippodrome was demolished in 2005, Christopher Gray wrote in the New York Times, “The Hippodrome was the creation of Frederic Thompson and Elmer Dundy, who had attained fantastic success with their Luna Park entertainment center in Coney Island. Thompson was only in his 30’s when he conceived Luna Park, a 22-acre assembly of thrilling rides, canals, towers, dance halls and sideshows that opened in 1903 (and that stayed around until the mid-40’s).

In 1904, Thompson began work on an even more ambitious project, the Hippodrome, named for the open-air arenas in ancient Greece and Rome where chariot races were held. The theater was credited to the architect Jay H. Morgan, but he is otherwise known largely for stables and tenements, so it’s reasonable to assume that the physical appearance was mostly Thompson’s work.” 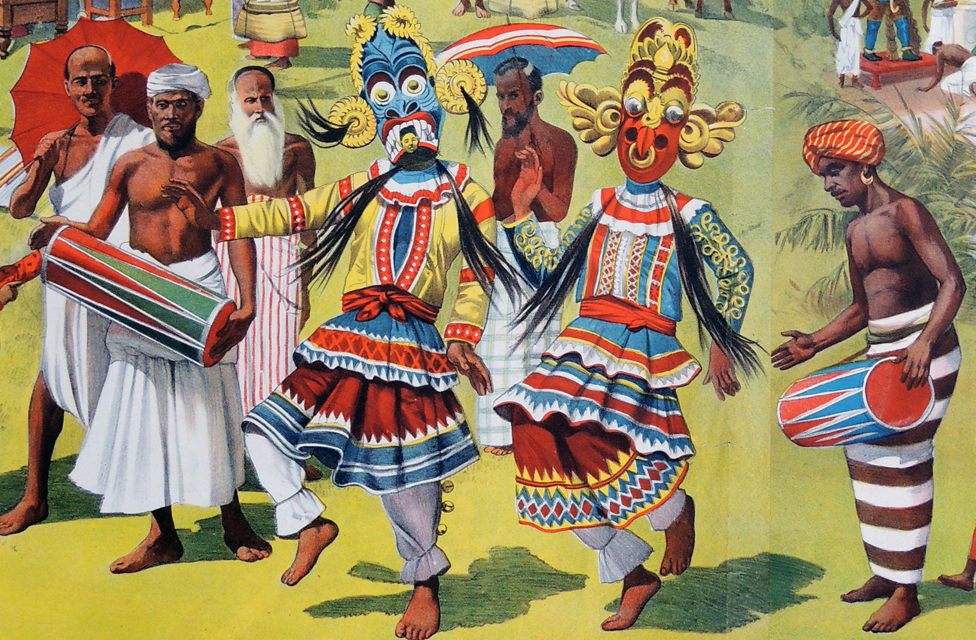 “. . . Giant banded columns flanked the main doorway, which had a keystone formed by a relief sculpture of a huge elephant’s head. The auditorium, 160 by 160 feet, included a promenade consisting of glass cases holding live wild animals. It also had a great water tank, 14 feet deep, within the 200-foot-wide stage. The 1904 permit for the building said its construction cost would be $400,000.

The Hippodrome opened in April 1905 with A Yankee Circus on Mars, an improbable drama-ballet-circus-opera in which the King of Mars buys a bankrupt New England circus. Another first-night offering (the evening lasted about four hours) was a Civil War drama, Andersonville, in which opposing cavalry members fought a battle across a mountain torrent running under a 30-foot bridge. The evening’s cast was reported to have included 280 chorus girls and 480 “soldiers.” Those attending included Frederick Vanderbilt, Harry Payne Whitney and the architect Stanford White.” 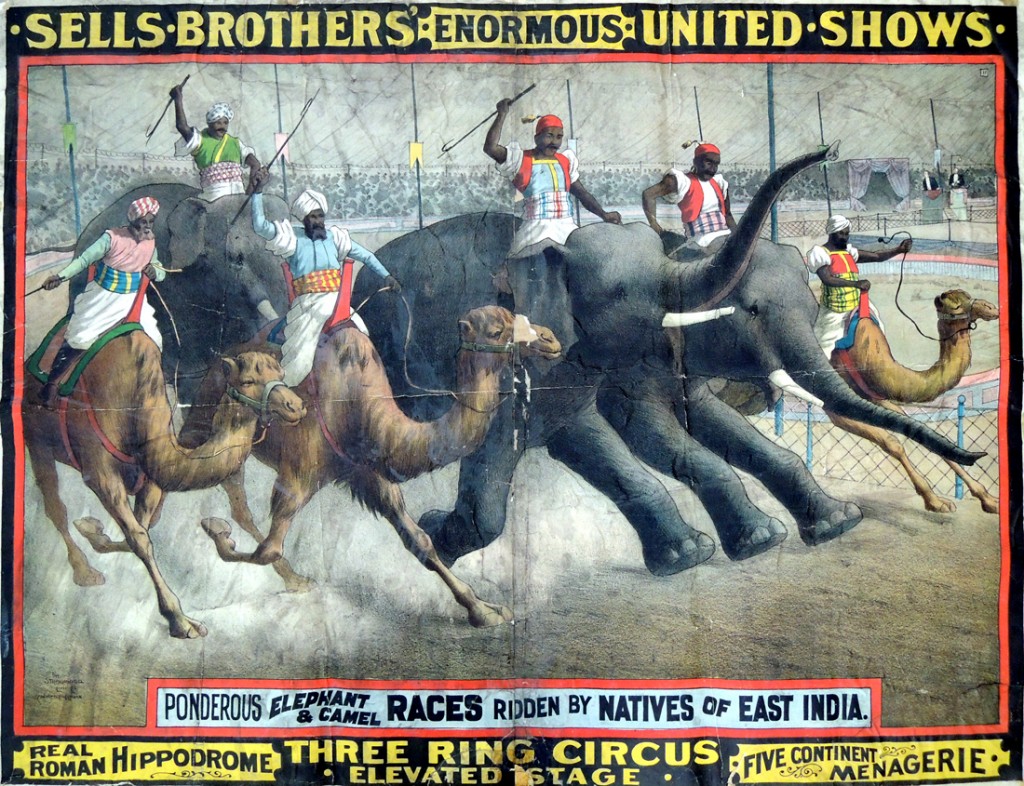 These are just a few of the enormous posters included in Princeton’s collections of circus memorabilia.