Princeton University Library has a number of books with fore-edge paintings. The Graphic Arts Collection recently acquired two more. The books are bound in mid-19th century full navy morocco with elaborately gilt and blind stamped covers. The name “Violet” is gilt stamped on both front covers.

Each volume also has a lovely early fore-edge painting, presenting scenes with Byron associations. One is a city view of Harrow-on-the Hill where Byron went to school [below] and the second a view of Athens, Greece [above]. 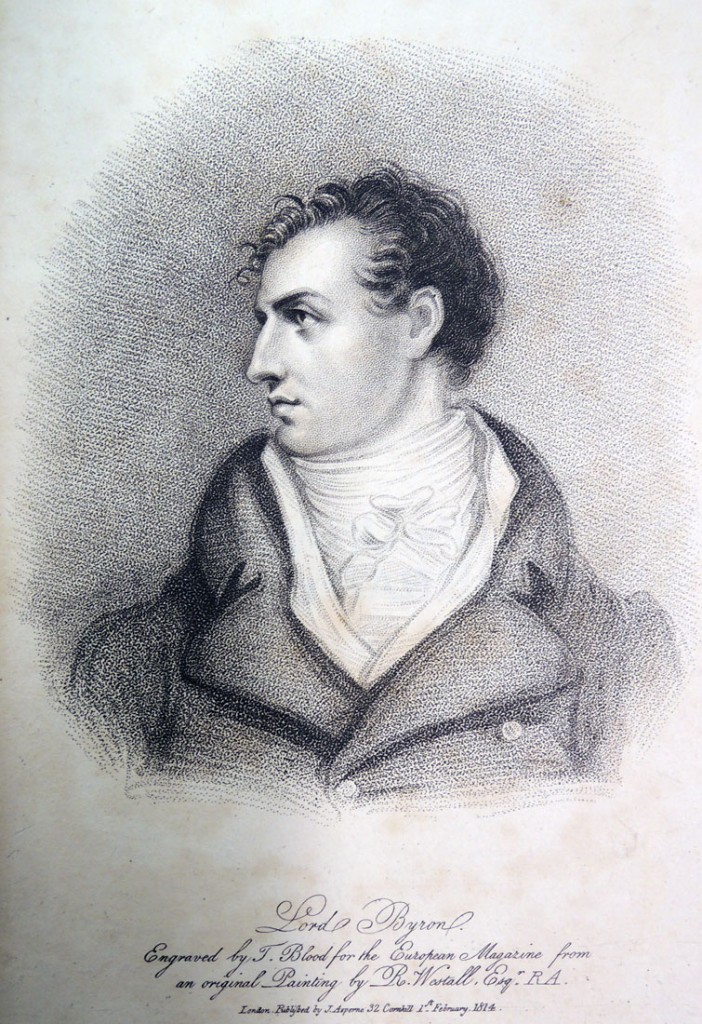