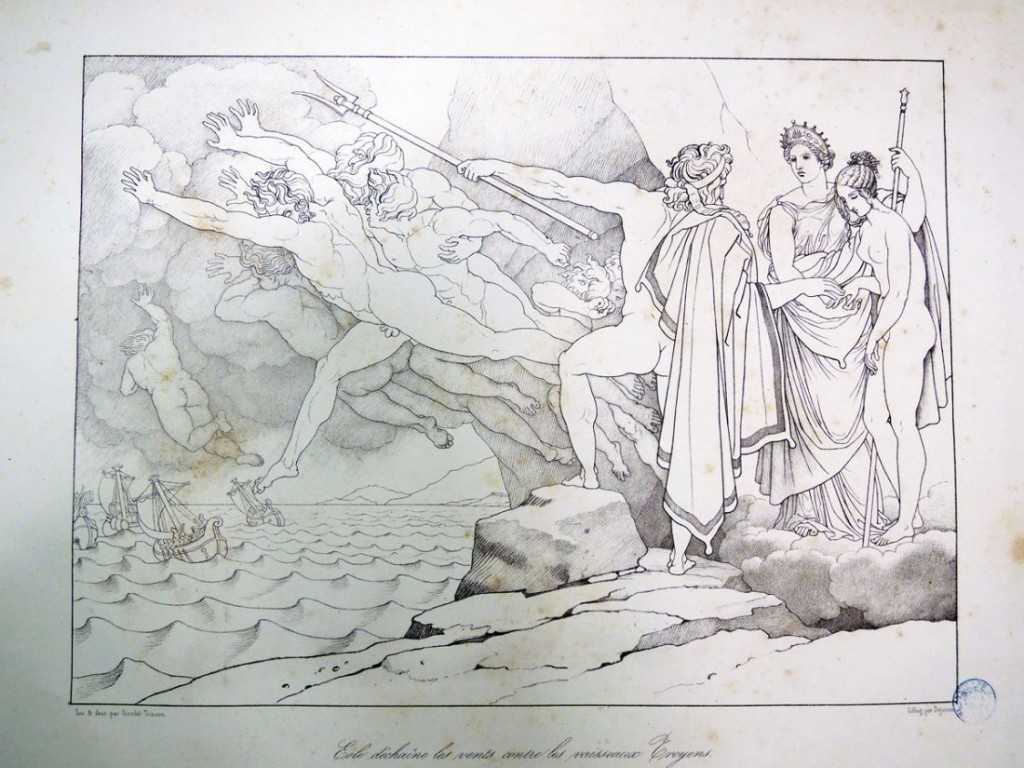 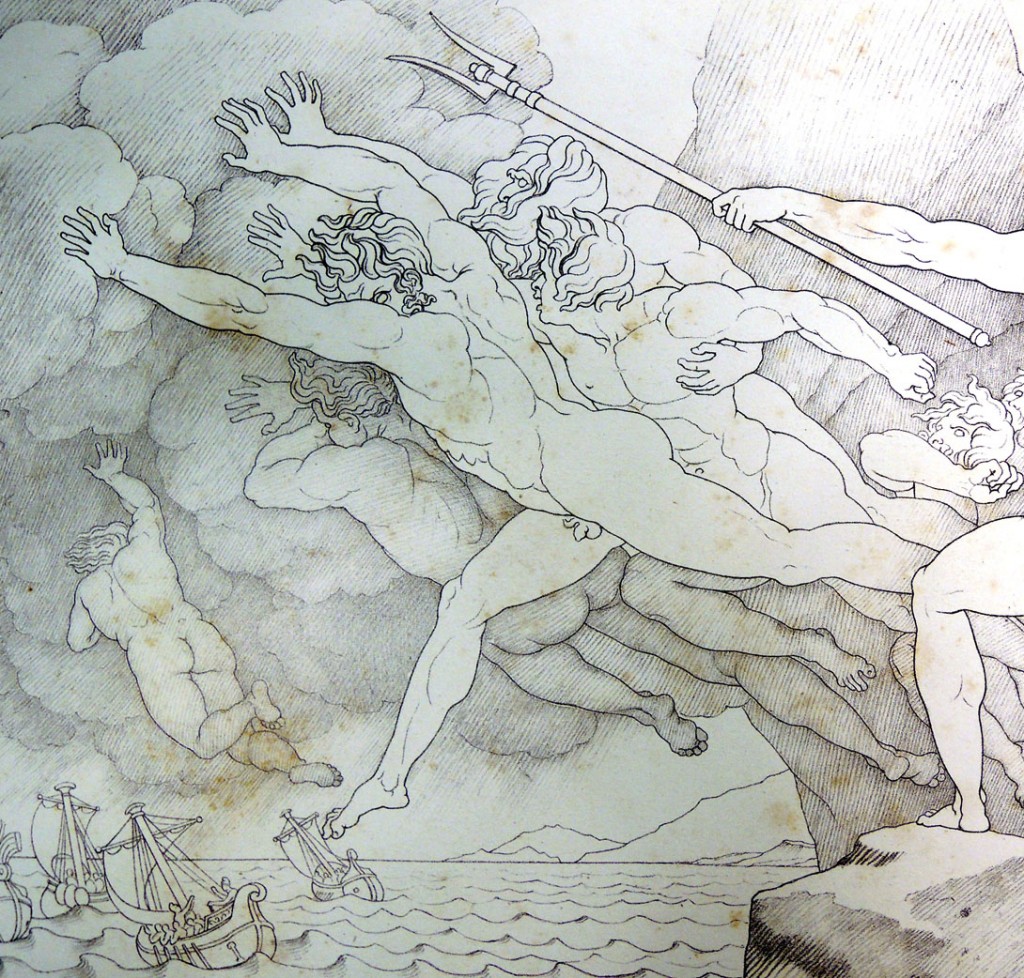 This scene is one of a series of four subjects borrowed from the Aeneid, including Neptune stopping raging winds against Aeneas’ fleet; Juno sending nearly Dido Love in the guise of Ascanius; the same goddess praying Aeolus to unleash the winds against Trojan vessels; and Dido receiving Aeneas in his palace. The work comes from a drawing by Dejuinne’s teacher and mentor Girodet, who was himself a student of Jacques-Louis David (1748-1825).

“Neoclassicism’s favorite poet was Homer, who was very popular in the late 18th century,” writes Consuelo Marescalchi, Musée du Louvre, “But about 1800, he was supplanted by Virgil, whose Collected Works were published by Didot in 1798 [Junius Morgan Collection (VRG) Oversize 2945.1798.12e]. As illustrators, the publisher chose young artists recommended by David, including Girodet, who made a distinguished contribution to the work. In shifting from Homer to Virgil, from the Greek epic to the Latin poem, classicism assumed a more somber tone: the Aeneid is above all the saga of the defeated. This funereal liturgy, which was easy for people to identify with during the Revolution, is a stately dirge of sound and fury which culminates in the fall of Troy.” 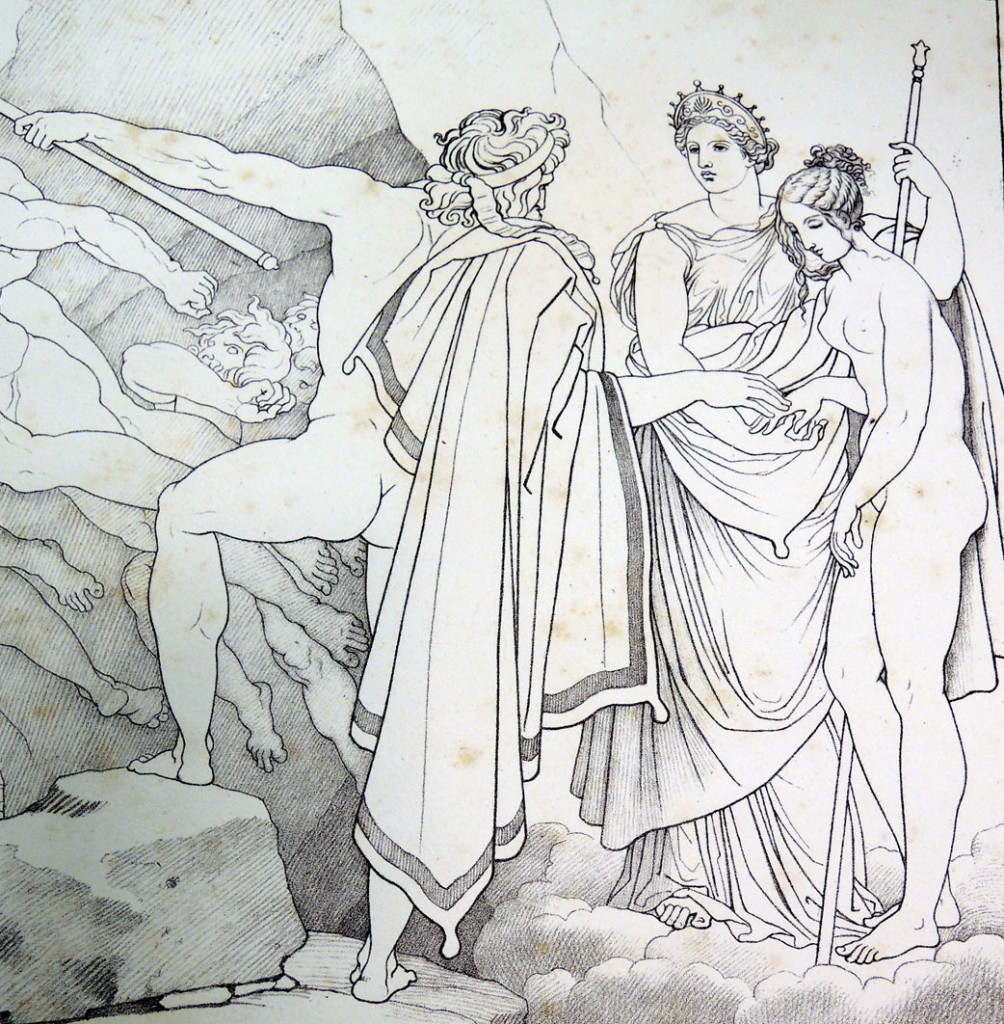 Dejuinne later honored Girodet with a portrait of the artist in his studio painting Pygmalion and Galatea. The painting is now one of the highlights in the Musée Girodet. 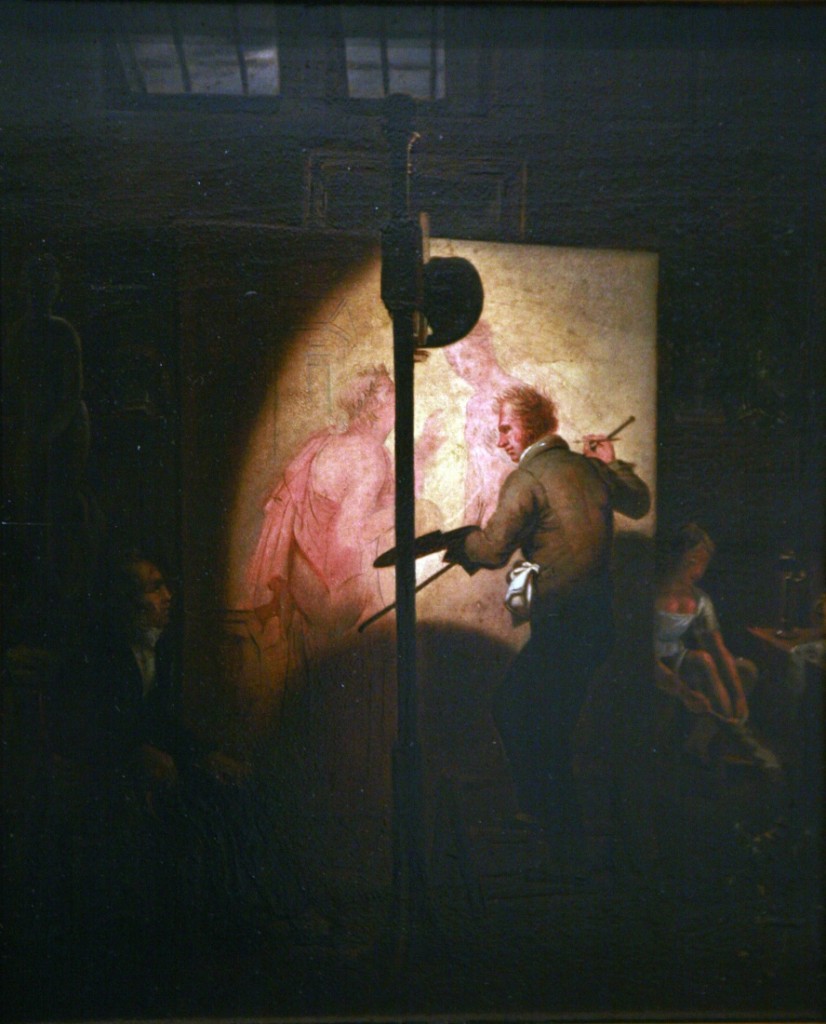