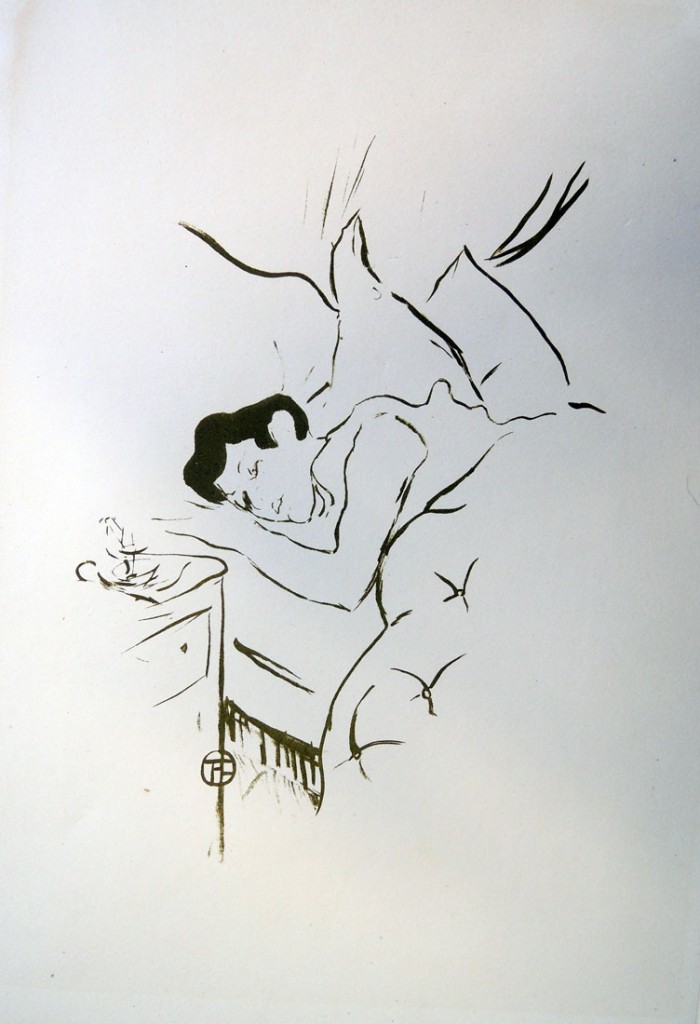 The first state of each lithograph was published without text by Edouard Kleinmann in an edition of 100. Goudezki called the series Les Vieilles Histoires (The Old Stories) and thanks to the Ruth Ivor Foundation, the Graphic Arts Collection recently acquired the first state of no. 5 in that series, Ta Bouche (Your Mouth).

Each design was later transferred to a new stone and printed by Joly-Crevel Freres Successeurs together with text, so that it could be used as a decorative cover to printed sheet music. Additional color also added. 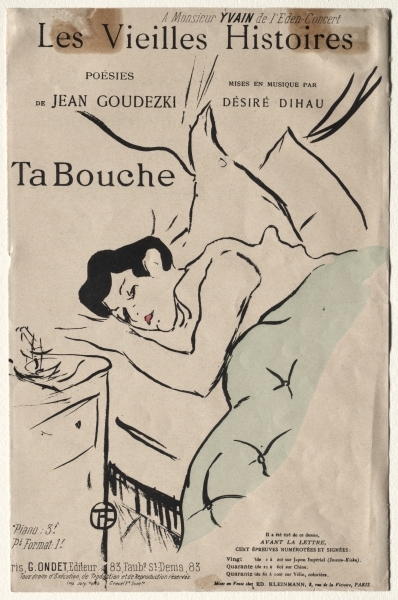