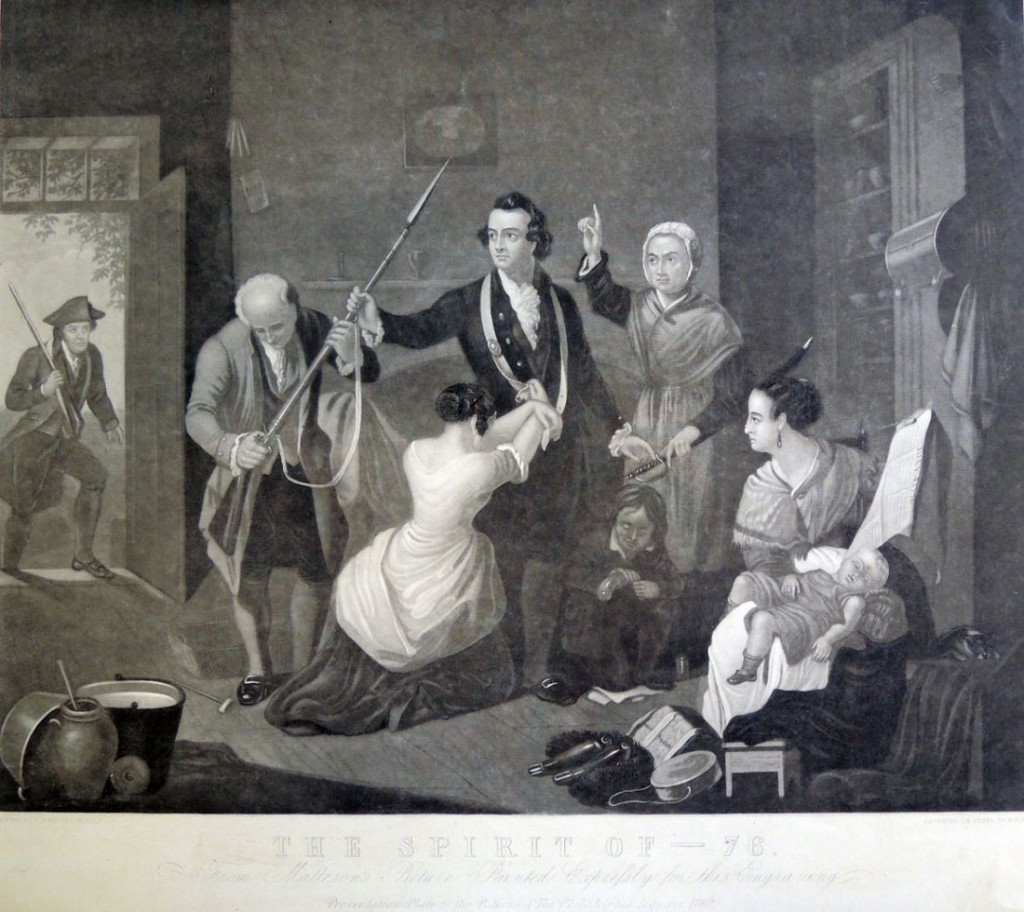 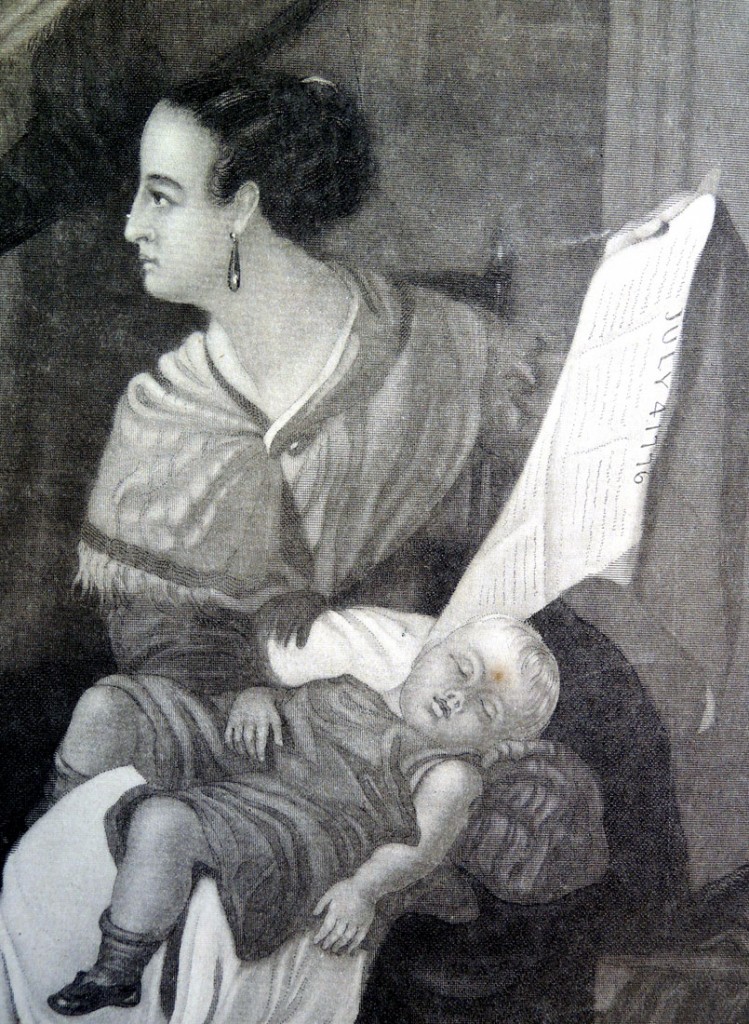 “The largest wood engraving ever printed in the world.” This was the declaration made about Tompkins Harrison Matteson’s “Storming of the Castle of Chapultepec,” featured in the July 4, 1848 Jubilee issue of Brother Jonathan, a mammoth double sheet pictorial newspaper. The single image was “made from several hundred blocks of imported East Indian boxwood and measured twenty-two by forty-four inches,” according to Robert Walter Johannsen’s To the Halls of the Montezumas (1985).

It wasn’t the artist’s first brush with fame. Matteson opened a painting studio in New York City during the 1840s and within a few years, sold his first painting, The Spirit of ’76, to the American Art Union, establishing his career. His personal idiosyncrasies brought him additional notoriety, such as his fondness for wearing an unusual steeple-crowned hat and short mantel, which led to the nickname the Pilgrim-Painter. 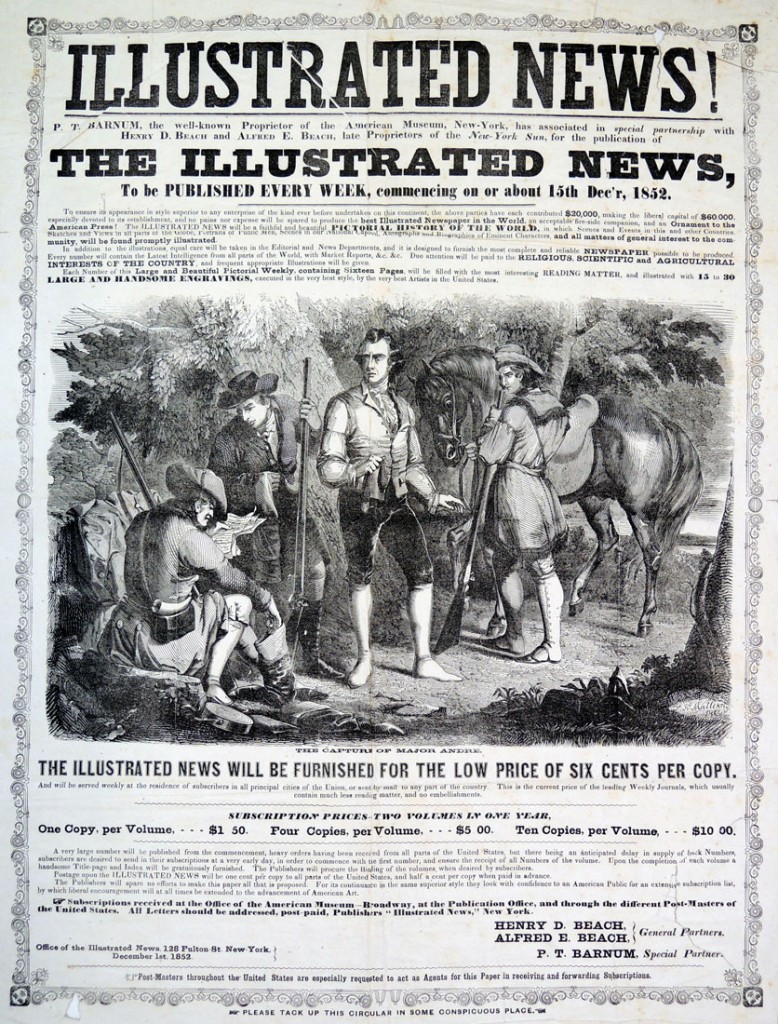 Matteson’s success with the American Art Union prompted the 1847 painting of the interior of the Tabernacle, an enormous Congregational Church on lower Broadway, where the Union’s annual prizes were announced and distributed (see below).

By 1850, Matteson tired of New York and moved upstate to Sherburne, New York. He married, raised a large family, and became an active member of the community, serving as President of the School Board, Representative to the State Legislature, and the local Fire Chief, while also painting

The prolific artist used a limited number of models for these patriotic scenes. Note the central figure of Major Andre in his wood engraving for The Illustrated News. Then, compare it to the face of the father in The Spirit of ’76 above, to see if you find a similarity in his features. This may be a self portrait of Matteson. 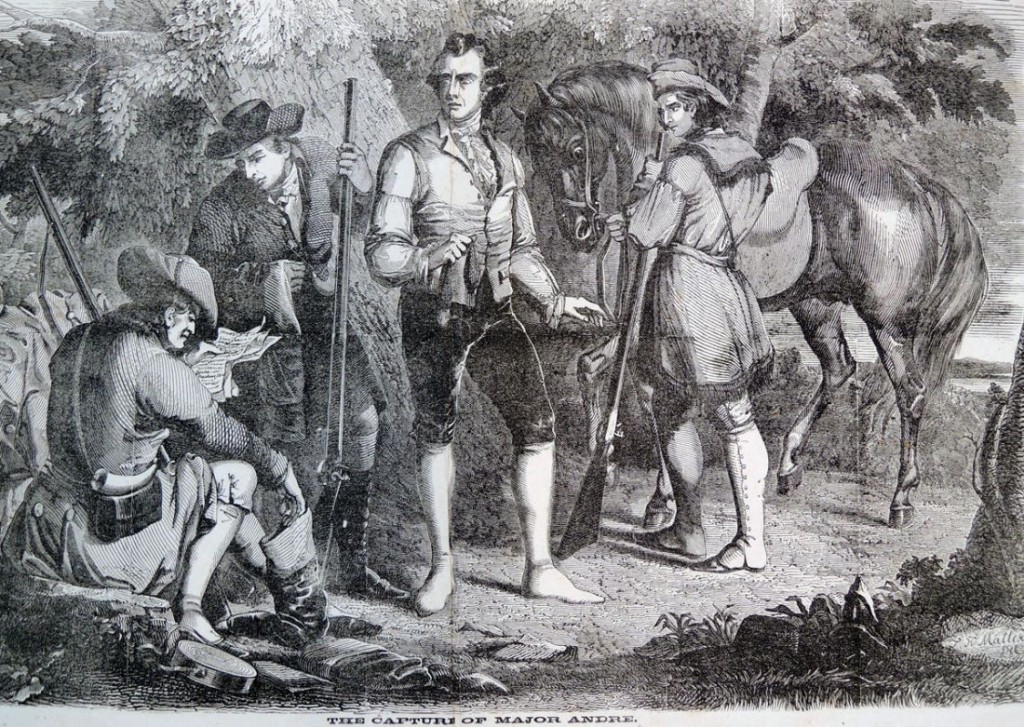 The graphic arts collection is fortunate to own examples from each decade of the artist’s lengthy career in single sheet prints, bound in books, and reproduced in newspapers. Here are a few of the books he illustrated: 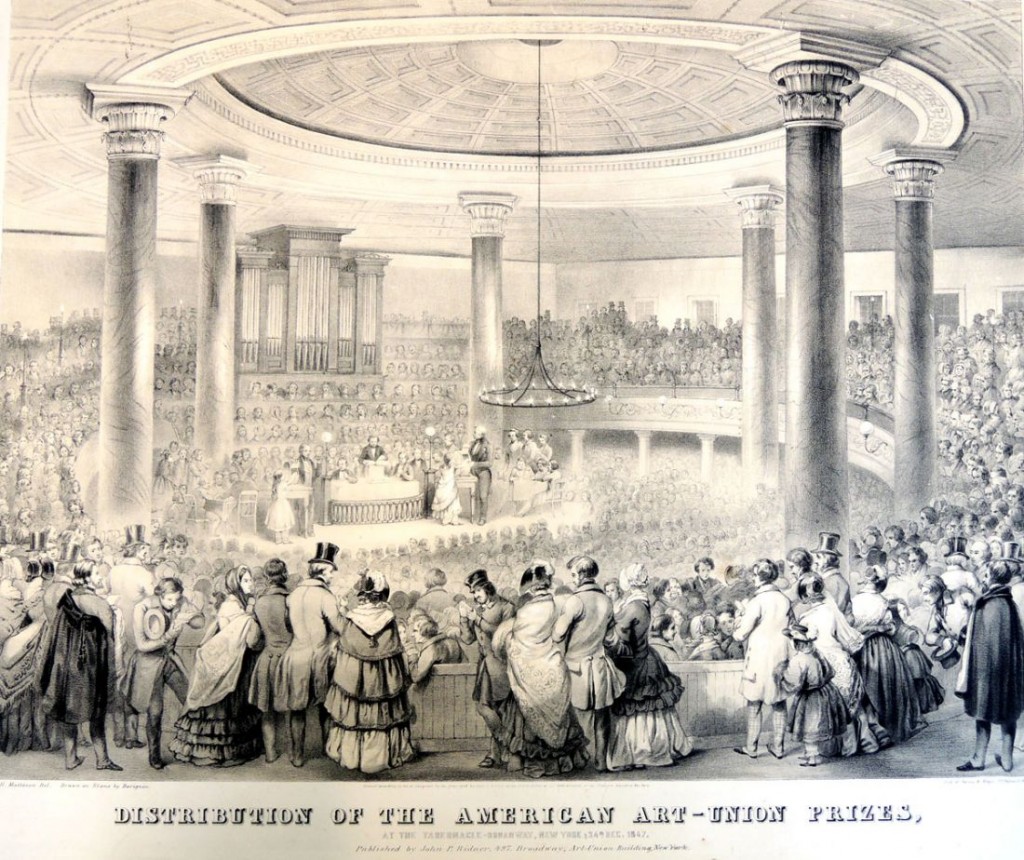